Israeli-born Inbar Spector was one of my most highly anticipated shows of this season. Despite never having seen her collection before, I could tell from the photos of her previous show that there was the potential for something magical to take place. 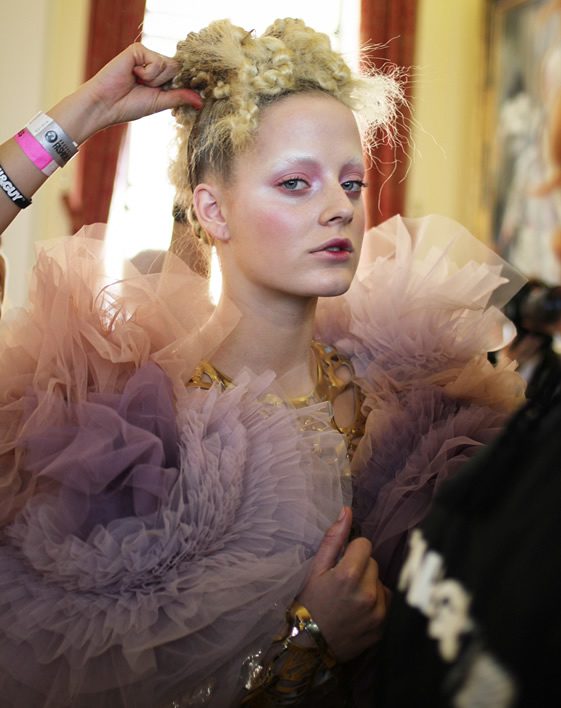 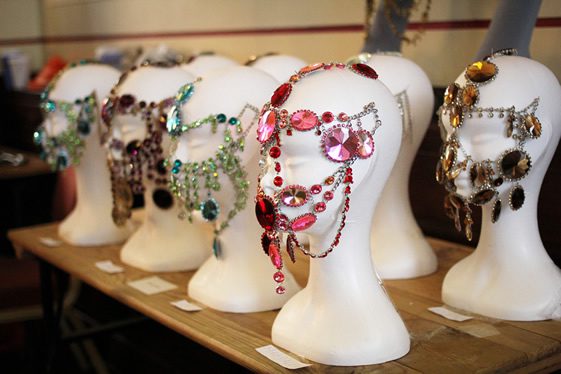 Backstage all was unexpectedly calm. It must have been the 9:30am call time. By day four of fashion week people’s excitement tends to wane. I was pinching myself… how was it possible that no one I recognised had bothered to wake up for this? It took every inch of self-respect I have in me to refrain from tweeting a photo of the models backstage. The shouting of, “Stay back here! Do not let anyone see you!” though, acted as a pretty clear warning that Twitpics were out of the question. 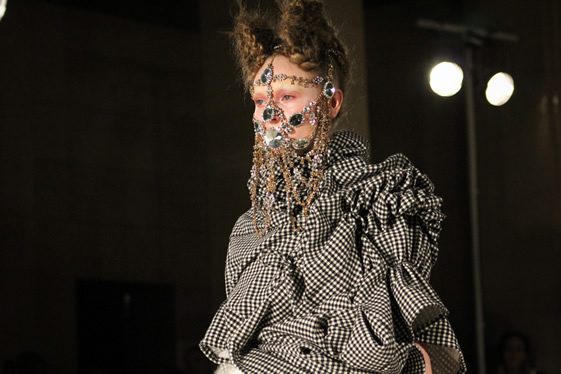 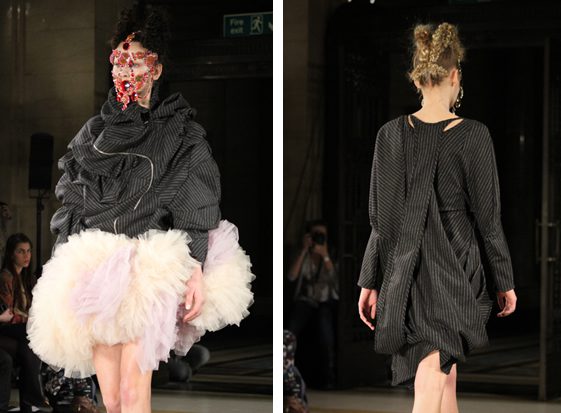 A selection of pinstriped grey and white pieces provided a healthy dose of masculinity to an otherwise girly explosion. It might not stand out immediately as the most inspiring piece but the striped dress with back draping and spine skimming panel was undoubtedly one of my favourite items. The black dress with sheer neckline and sleeves was was another high. While the likes of Shingai Shoniwa might be able to pull off the more flamboyant pieces, if I had the chance this is the dress I’d choose to wear. 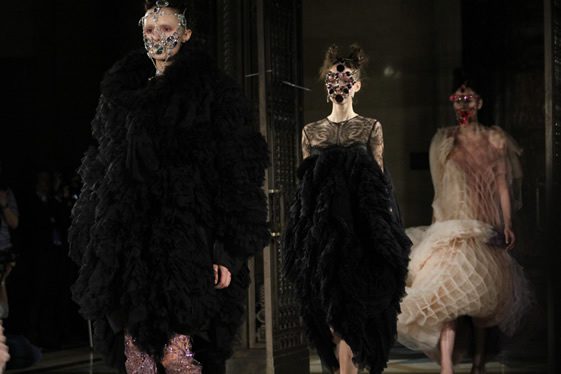 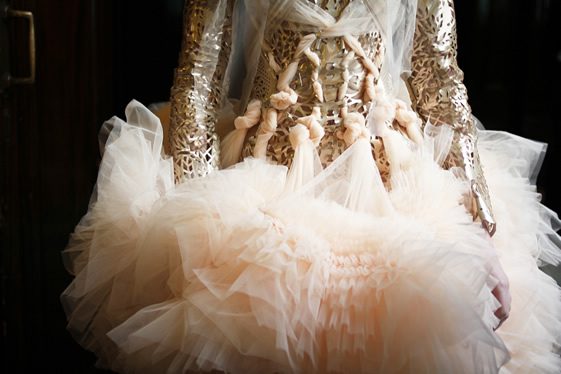 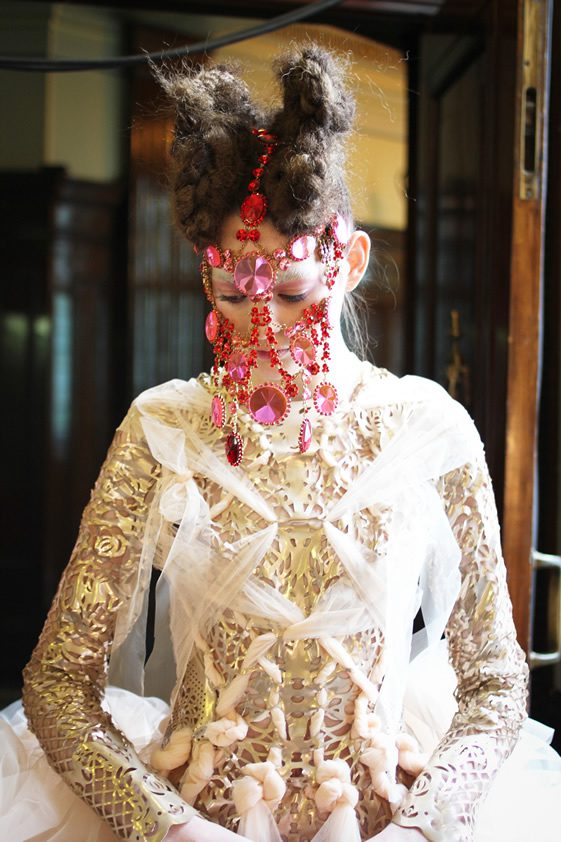 The icing on the cake? Clearly the Lara Jensen face jewellery. I was such a fan of the collection that I was actually pondering whether it was something I could pull off in normal life. A vision of me struggling with it in a Tesco full of suspicious onlookers flashed before my eyes though, and I quickly decided it was out of the question. Here’s to hoping there’s a more wearable diffusion line. 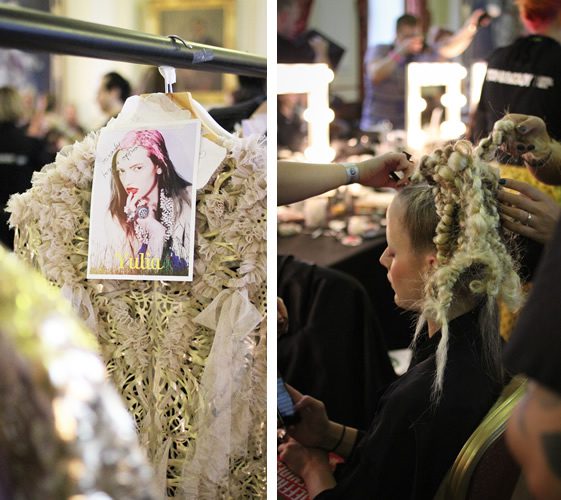 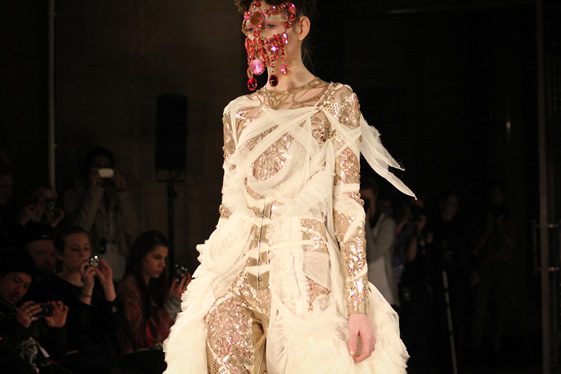 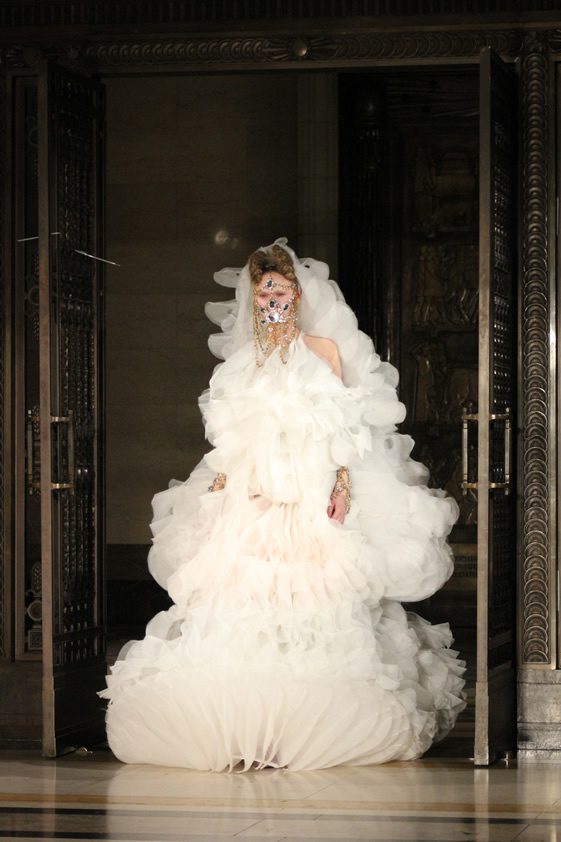 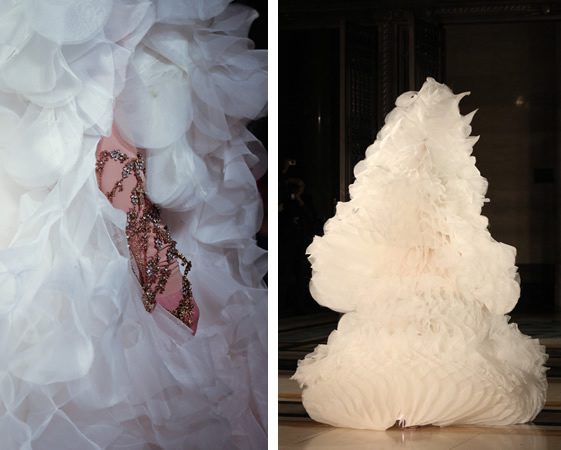 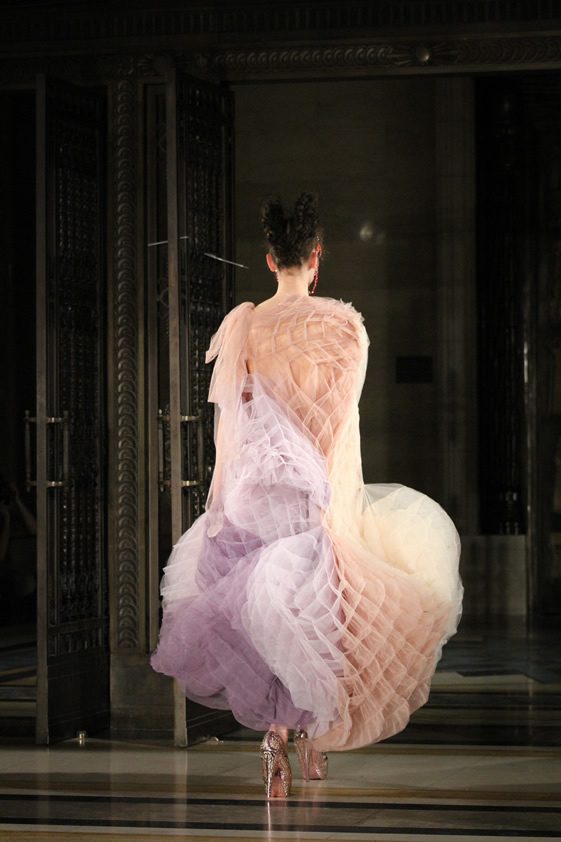