The first carbon neutral office building of its type in Australia, the Pixel building is a decidedly impressive statement of environmental intent from developers Grocon; and we received an equally impressive press release, finely detailing that environmental impressiveness in serious detail. So much so, that we’ve included it at the bottom of this post for those of you with bigger brains than us.

Now impressive green credentials are obviously hugely, well, impressive; but we’ll hold our superficial hand up, and admit that it’s quite simply the breathtaking explosion of colour that really impressed us. Like a pixelated photograph of a paint factory catastrophe, designers studio505 have not just created Australia’s first carbon neutral office building, but one of the country’s prettiest too. Bold, original, and brimming with energy; now that’s impressive. 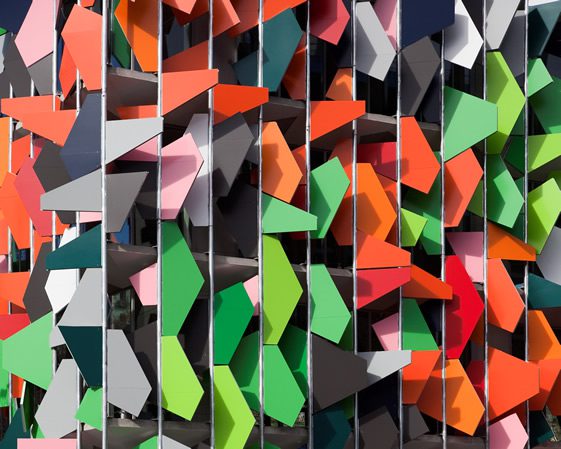 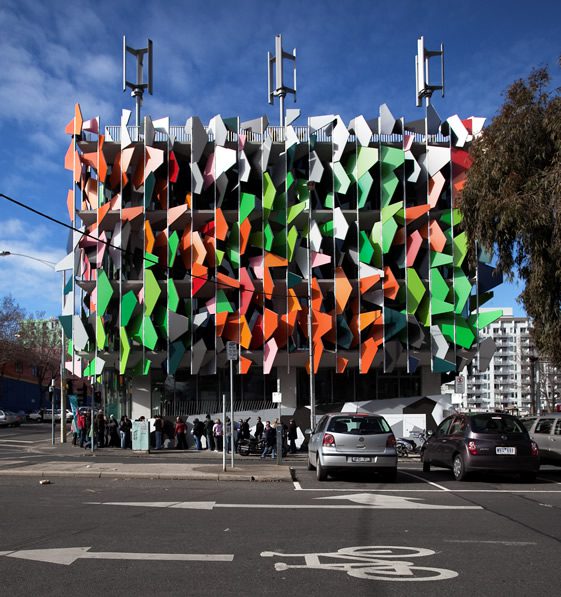 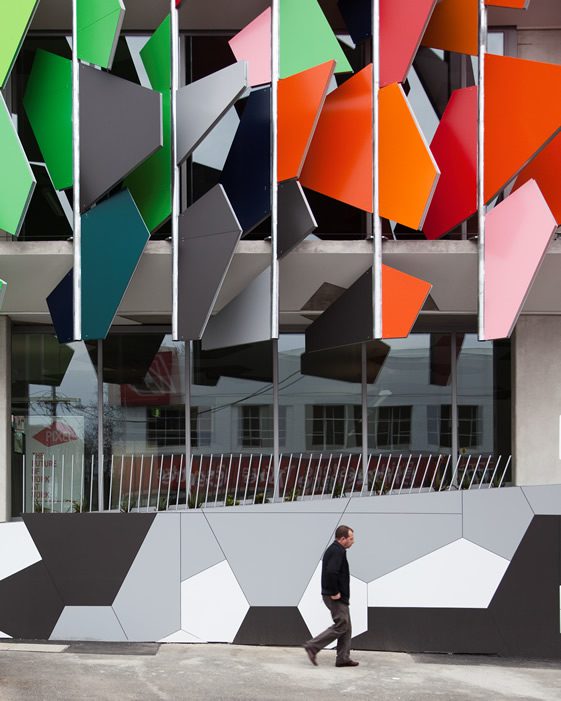 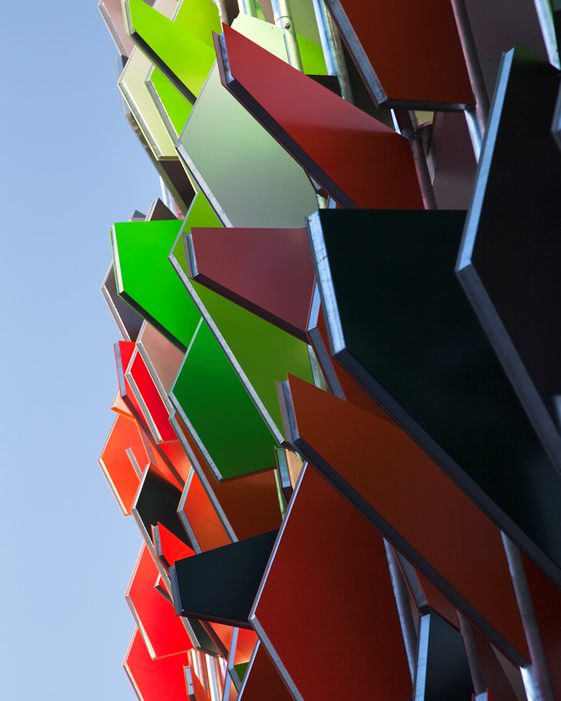 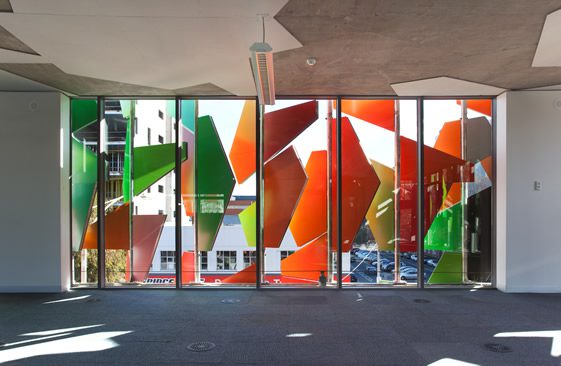 The Former CUB Brewery site is the location for one of Melbourne’s most significant and ambitious developments. Located at a key urban site, the project has been the subject of long discussion and speculation, culminating in the multi-faceted and multi-authored scheme now underway.

studio505 were approached by Grocon to design the Development Office (Pixel), the last building to be conceived on the site, and yet the first to be built. Pixel also claims the other two extremes, namely being the smallest building with the biggest expectations.

The brief for Pixel was to provide a 6 Star Greenstar Carbon Neutral home for the Development team and Sales Offices, a display suite area and a green roof top viewing area, for the duration of the development’s construction and sales phase.

Behind this very functional programme is the opportunity to enhance Grocon’s Greenstar Credentials, and provide a cost effective and exemplary building that reflects the standards Grocon will demand in the remaining projects on the site. studio505 have designed a very simple and coherent office building, which is woven together from a series of integrated environmental systems. With Umow Lai, studio505 have sought to deliver the ultimate ESD rateable performance within a coherent architectural product, worthy of the design aspiration of the overall site.

Pixel features one of the most sophisticated water treatment and utilisation systems ever to be built. The building was designed to be water balanced meaning that it if Melbourne maintains the ten year average rainfall levels from 1999-2009, Pixel will be self-sustainable for water supply. From the extensive native green roof collecting rainwater, to the creation of the perimeter planter’s balcony, Pixel is not simply a container to collect ESD ideas, but instead a laboratory and holistic tapestry of symbiotic systems. These include one of the most publicly visible elements, being Pixel’s facade. The facade is a system of perimeter planters, fixed shading louvers, double glazed window walls and solar panel shading. studio505 developed a complex yet simple patterning system to engender the project with a human scale ‘flow’ of textures allowing the reading of the various elevations, with their differing functional and ESD requirements and materials, to espouse coherency through fluidity.

studio505 have sought to ensure that Pixel engages with the low rise nature of the northern end of the Brewery site. Through the manipulation of scale, the facade, the shading and the patterning, the Pixel design seeks to embody and enable the vast urban phase change about to take place on this site over the coming years.

Pixel has achieved a perfect score of 100 under the Greenstar rating system, with 75 points the benchmark for 6 Star Greenstar. It gained an extra five points for innovation, equating to world leadership. Included in Pixel’s five innovation points were points for carbon neutrality, a vacuum toilet system, the anaerobic digestion system and reduced car parking. Pixel achieved 102 points under the US LEED rating scheme making it the highest rating building of any yet certified for LEED anywhere in the world.  It is aiming to exceed the highest score yet achieved under the UK BREEAM rating systems. 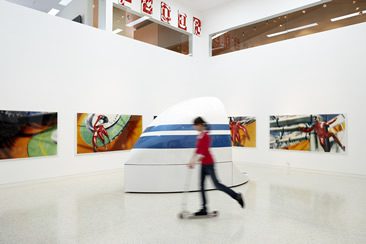 The Lyon family's Housemuseum in Melbourne blurs the lines between public and private space...

What to do when your art collection starts outgrowing your house, and you want the public to be able to enjoy it as much as you do? Melbourne architect Corbett Lyon and his family were facing that quandary in 2000, and decided that the solution was... 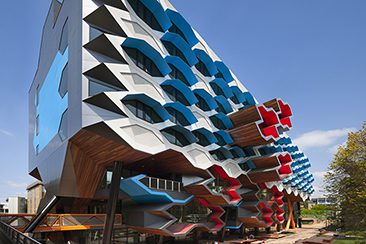 An atomic bomb has been dropped on a campus in Melbourne, but instead of statements of international outrage, all that can be heard about the event at La Trobe University are the appreciative “oohs” and “aahs” of boffins and architecture... 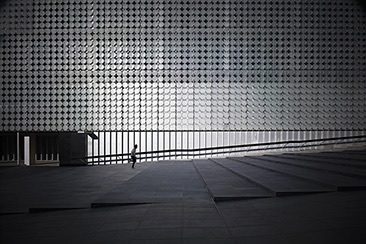 Research centre is the bee's knees...

Melbourne's Institute of Technology have unveiled their new design department headquarters – it's called the Design Hub but may well be more of a hive in both looks and philosophy. Bringing together disparate research groups from across the... 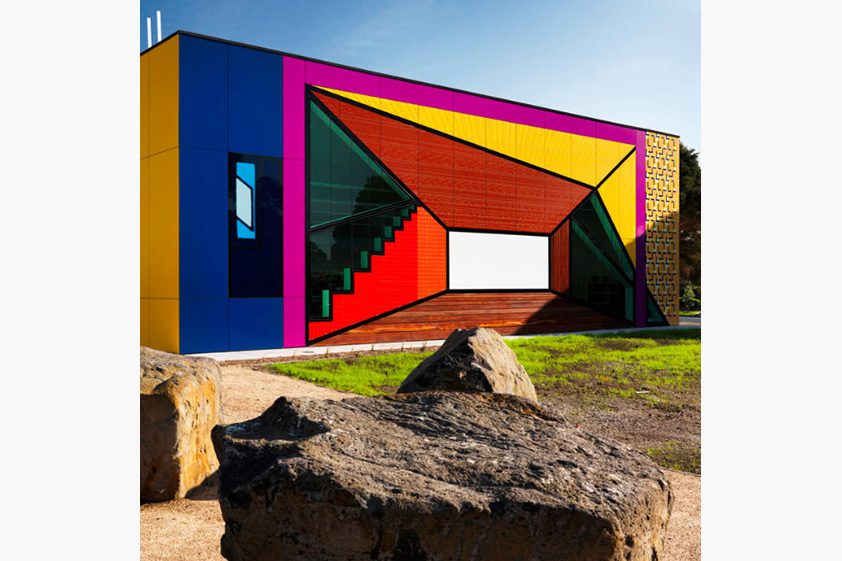