Revealed: Famous Authors Jobs Before They Were Famous.

It’s true when they say that writing a book is a time-consuming activity. One needs the discipline to persevere with the creative process, dedication to see the project through, and devotion to continue learning new things. Nobody, not even some of the most famous authors, was born a true master of the craft. It takes years to learn how to write entrancing passages with characters that don’t lay flat on the page.

Unfortunately, real life often gets in the way of the fantasy one. We all have bills that need paying and rents that are always tediously due at the end of the month. And while modern writers, like Rebecca Baum, currently finishing her first novel, may centre their careers around writing-relating jobs, not every famous writer in history had the same luxury.

In this article, we’ve gathered five world-known authors who had surprisingly interesting professions before they became internationally famous. Before they were the creators of stories, they were fishermen, doctors, and even shoemakers. Let’s take a look these famous authors jobs before they were famous, shall we? 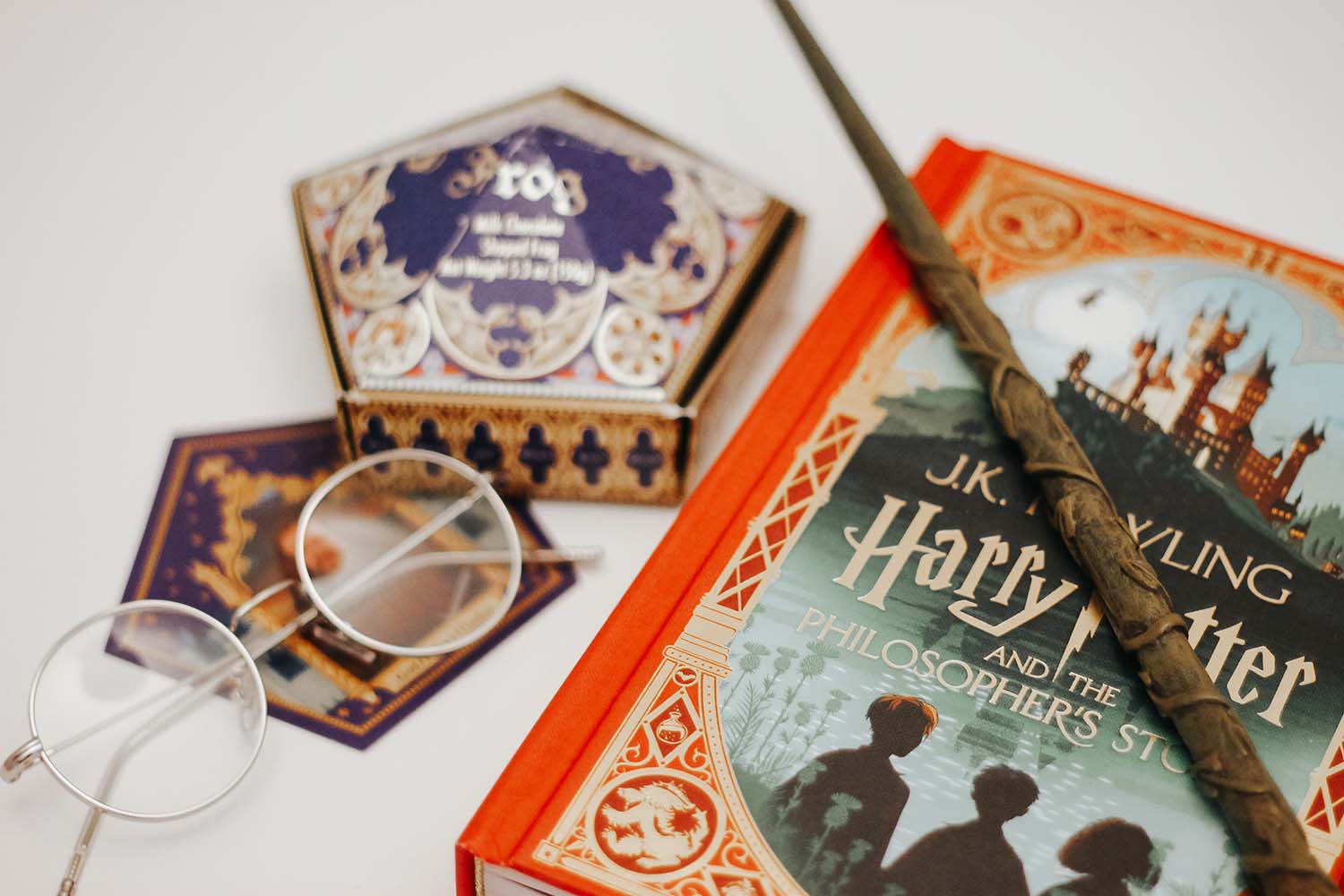 There isn’t a person over 20 today who isn’t familiar with Harry Potter, the beloved bespectacled wizard from J.K. Rowling’s bestseller series. The book series has made a notable impact and inspired millions of children (and maybe not so surprisingly, adults) to believe in something other than the bleak normal. As a result, Rowling has received numerous awards, the admiration of two generations, and is considered responsible for returning children to reading. Rowling is the first author in history with a net worth valued at over $1 billion.

But before she was the voice of a generation, Rowling kept jumping from job to job. Never quite satisfied with what she did. For a short time, she worked as a bilingual secretary at Amnesty International in London. She sometimes part-timed as a researcher’s assistant in the same office. When she moved to Manchester, she changed jobs and started working for the Chamber of Commerce.

In 1990 she moved to Portugal, where she became a teacher. That’s where she met her husband and had a daughter and worked as a teacher in Portugal for 18 months. While all this time, she scribbled ideas that came to her about a skinny boy with glasses living under the cupboard.

After a sour divorce, Rowling moved back to the UK; unable to find a job and a young daughter to take care. The now-billionaire lived in relative poverty. She completed the first draft of Harry Potter and the Philosopher’s Stone while attending a teacher training course. Rowling would send the manuscript to seven different agencies, but one after the other, they turned her down. Her luck changed when the publishing house Bloomsbury finally agreed to publish the book. 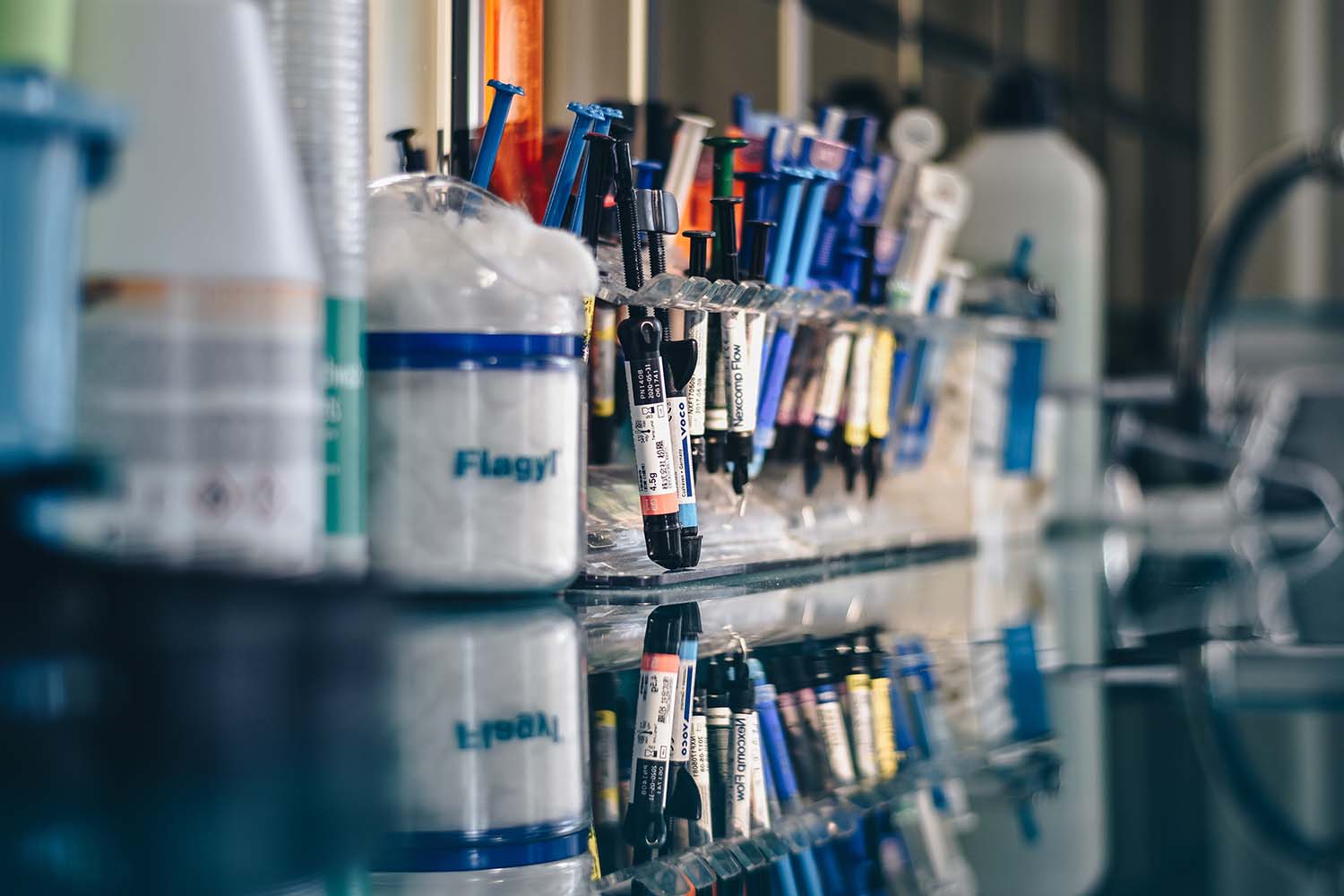 Known to few outside the theatre, both hated and loved by literature students around the globe, Chekhov is considered one of the three most influential figures that influenced early modernism in both literature and the theatre. A hundred years before Dantiel Moniz’s stunning debut with her acute short stories, Chekhov revealed the society’s flaws in his touching, even though often sad, short stories.

Anton Chekhov did not lead an easy life. Born in a middle-class Russian family, with an abusive father and more than likely expectations of a life spent in mediocrity, Chekhov based much of the portrayal of hypocrisy in his characters on his family life. Arguments and fights were a common occurrence in the Chekhov house growing up. His father had a short temper and would let his own perverse ‘justice’ rule overall. In an interview, Chekhov said: “Our talents we got from our father, but our soul from our mother.”

Without financial support from his family, Chekhov had to finance his own education after his father’s bankruptcy. As a young man, he managed to survive by offering private tutoring to young boys and girls. Chekhov was an incredibly well-read individual who valued knowledge, so his services as a private tutor were in high demand. Unfortunately, due to his family’s reputation as debtors, he couldn’t make enough money.

He had to work as an amateur goldfinch catcher and seller. Goldfinches are small birds that can be kept as pets or eaten as a delicacy. Despite living in almost complete poverty, Chekhov kept on writing. The writer sold short sketches and samples of short stories to a local newspaper.

Many don’t know this, but Chekhov graduated from medical school. He practiced both medicine and literature for many years. His patients considered him an extremely knowledgeable and kind individual. He was devastated when he was forced to stop practicing medicine upon urgent medical advice. 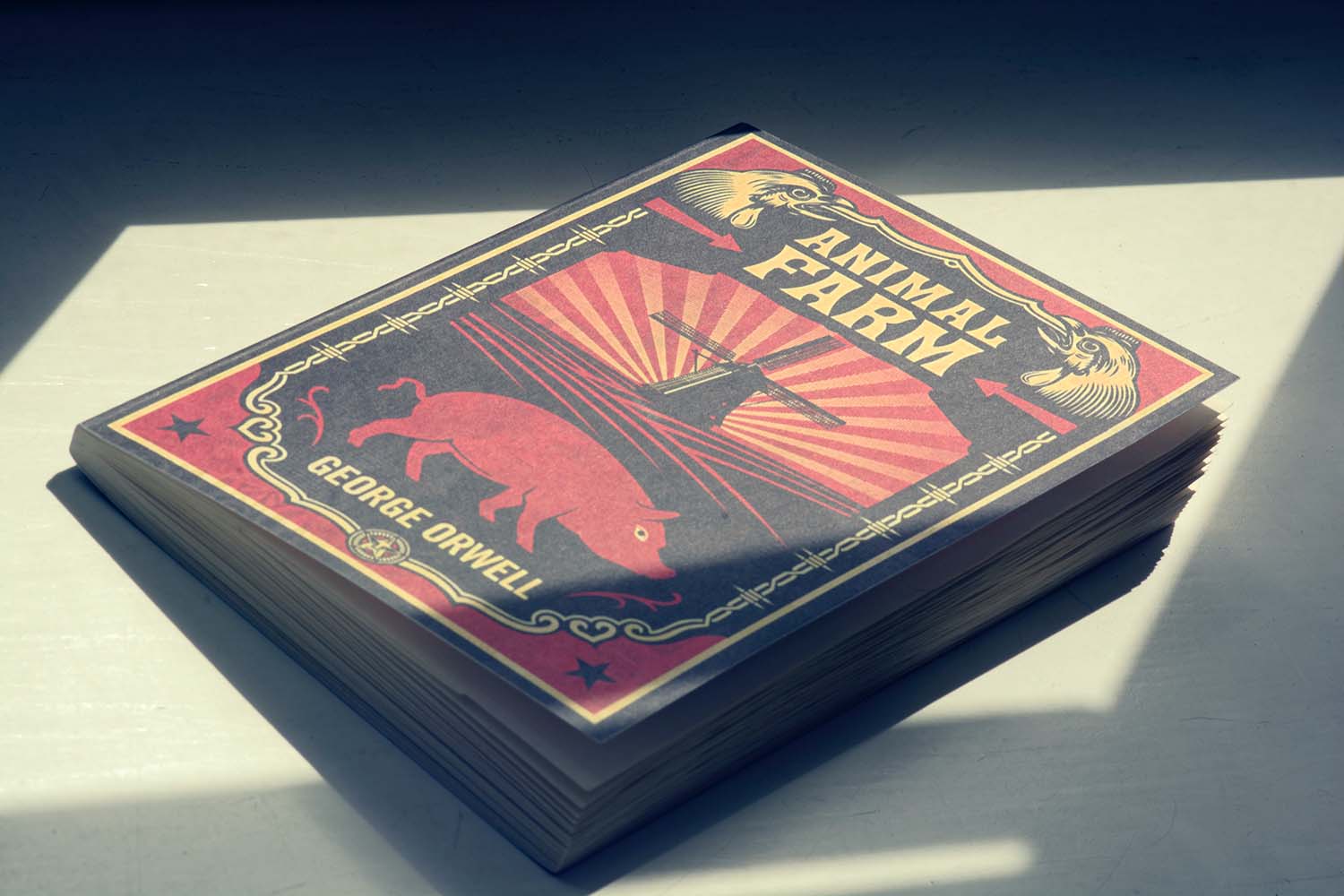 George Orwell was a British journalist and author. He is best known for having written two of the most famous books of the 20th century; Animal Farm and Nineteen Eighty-Four. His radical views on socialism and his belief that the power of government should be in the hands of the people have cemented him as a figurehead for freedom of speech and the constant fight against the system.

Before becoming a full-time author, Orwell worked as an enforcer in the Indian Imperial Police. He soon grew dissatisfied with that position and moved to Paris, France, to pursue a career in literature. Lack of financial stability and his inability to get published forced Orwell to take many menial and low-paying jobs. Some of these jobs include being a dishwasher in a popular hotel and a janitor. He finally had some success as a journalist, writing notable essays such as How the Poor Die and The Spike. 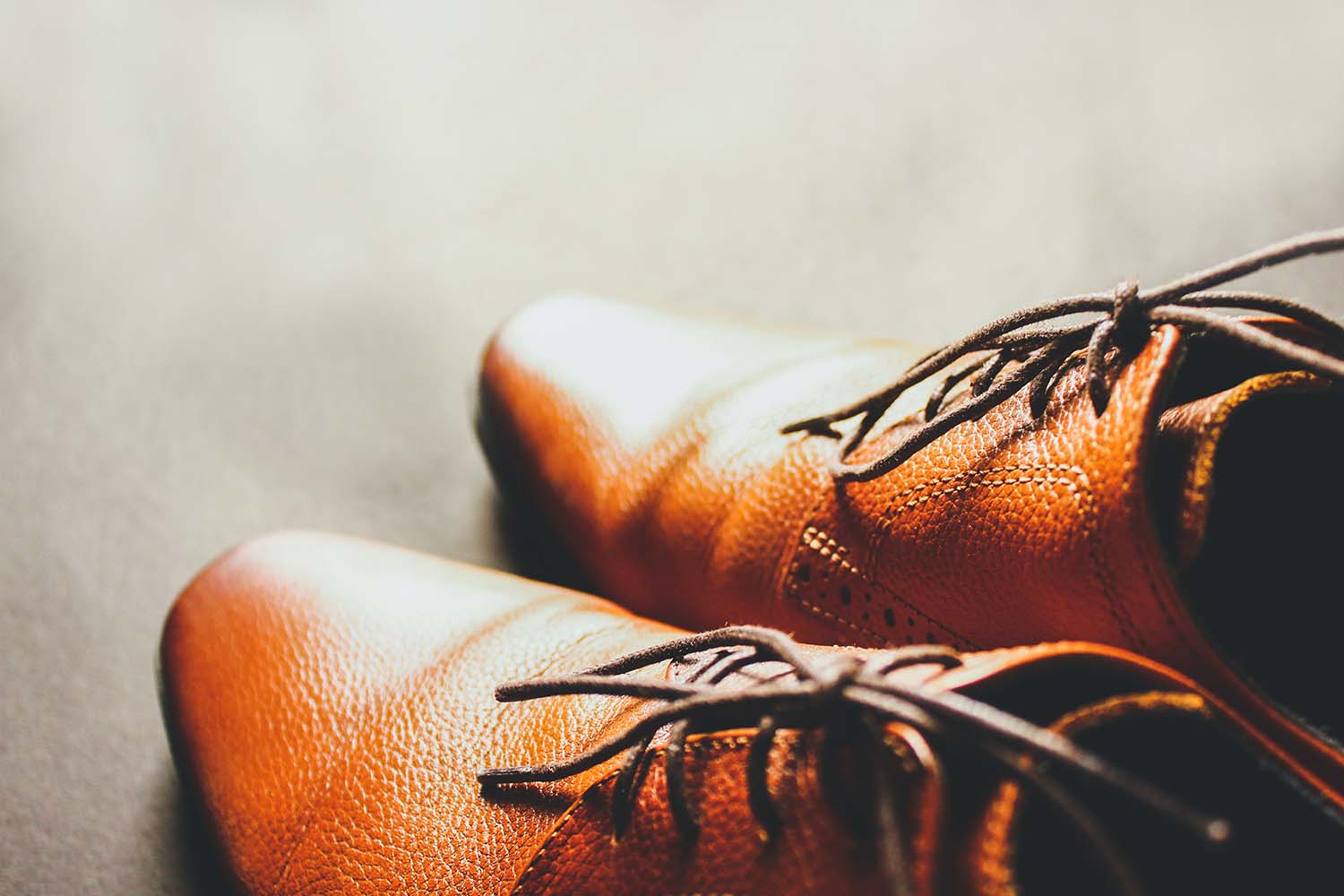 Robert Frost; A poet with a sense for shoes

Robert Frost was an American author and poet. His writings dealt with the meaning of life and New England’s boundless beauty. Frost is famous for writing in a dream-like way. Meaning, his prose has dream-like qualities. His writings often included dark themes of universal importance, poems that told an entire story in a few simple verses, and a proclivity for phantasmagorical realism.

After leaving Dartmouth College and Harvard University, Frost drifted through several occupations. He briefly worked as a teacher and editor of the Lawrence Sentinel, a local newspaper. His most amusing profession is probably that of a cobbler (shoemaker). Rumour has it that he was particularly skilled at making old shoe soles feel like new.

All of those stories prove that if you have a passion for something——in this case, writing——you should pursue it no matter the obstacles in your way. Wouldn’t you agree?

Perhaps one of the most mainstream Russian authors, Dostoyevsky was a novelist, philosopher, essayist, journalist, and short-story writer. He is most notably known as an author who explored human psychology, a person’s social and political standing during wartime, and the spiritual atmosphere in 19th-century Russia. Some of his books include The Brothers Karamazov and Crime and Punishment.

Due to a family tragedy, Dostoyevsky was forced to leave school at the age of 15 and enrol in an Engineering Institute. After graduation, he worked as an engineer for some time, enjoying the status and money that an Engineering degree gave at that time. To earn extra income, Dostoyevski translated books. Due to a lavish lifestyle and a proclivity for gambling, he was always strapped for cash.

Following his arrest in 1849, Dostoyevski was imprisoned and forced to serve in the Russian military for six years. After his incarceration, he couldn’t find a stable job and was forced to beg on the streets. He only received credit for his brilliance at the end of his life, when he became a nation-loved author.