Shiny new driving license in wallet, recently qualified drivers can feel a rush of independence and excitement as their adventures on the open roads may now truly begin. However, there is no longer the safety net of trusted driving instructors sat next to them; their additional pedals and eyes to keep inexperienced drivers safe. They are now on their own. 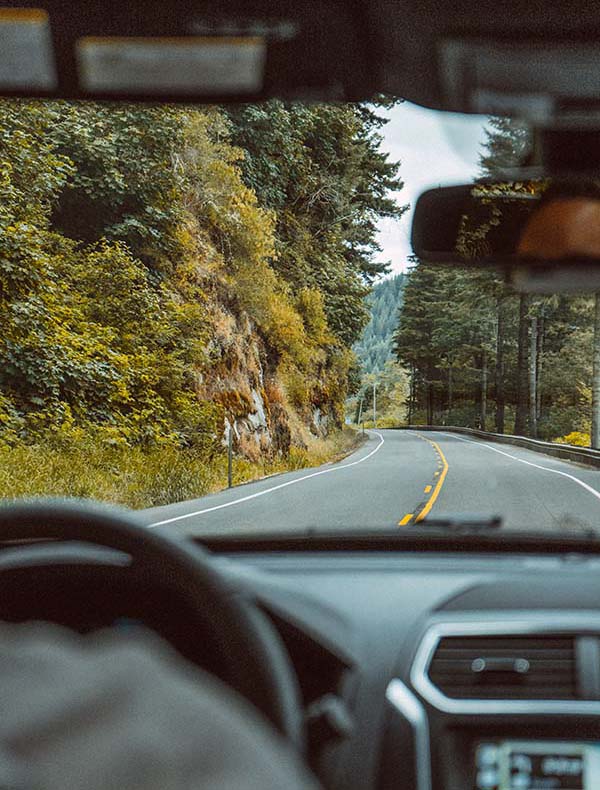 Because of this, it is vital that all new drivers take their safety behind the wheel seriously. Things that an instructor would have reminded them about could be easily forgotten in the concentration of driving alone. For this, Bill Plant Driving School have put together five tips that all new drivers should consider while they get used to independent driving.

1. Slow and Steady: It can be tempting to push the speed limit a little here and there. After all, without a voice next to tell you the limit, it can be easy not to notice the speedometer creeping higher and higher on straight roads. However, just because there is no longer an authority figure in the car, doesn’t mean you can ignore the speed limits.

Remember, the excuse of not knowing the limit on a road will not sway a speed camera or police officer from issuing a ticket. It is the responsibility of the driver to either know the rules of the road according to the highway code, or to observe road signs. Some sat-navs have speed limits built in, which is great for new drivers exploring unfamiliar roads. Map apps on mobiles may also have this feature.

If you are unsure of the speed limit, it is best to take it a little slower. Look for signs and in their absence, stick to the limits learnt while studying for your theory test. Here is a refresher below:

These speed limits are intended to be the maximum legal speed on the specified roads. It may not always be safe to do these speeds in all conditions; a sign will specify the speed limit in these areas. 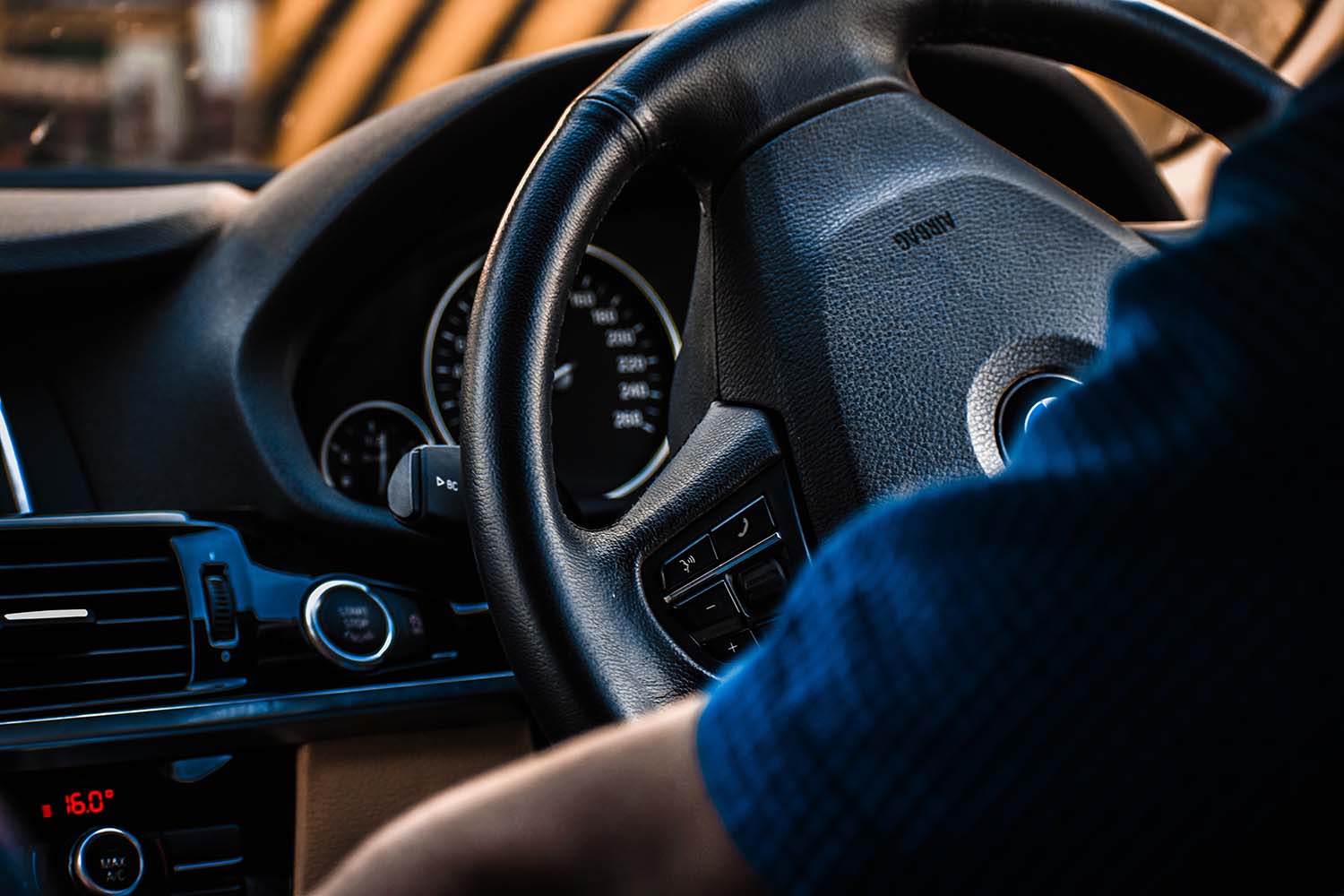 2. Hands on the Wheel and Eyes on the Road: Once a new driver is no longer sat with their instructor, it can be easy to get distracted. “Oooh what is Karen saying in that text?” It can wait. Hands should remain on the wheel and eyes should be on the road. Using a handheld mobile phone while driving is illegal and carries a fine of £200 and six penalty points. It only takes 12 to lose your license altogether. 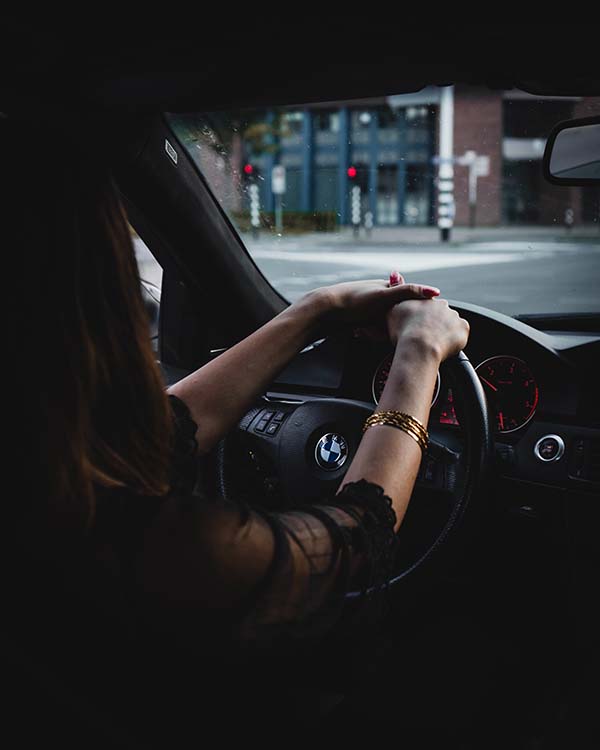 If a driver does not trust themselves to leave their phone alone, they should invest in a separate sat-nav. It’s best for new drivers to even avoid using handsfree until they are more experienced. Talking on a headset can distract them from what is happening on the road. Maybe the conversation will mask the sound of a siren, pull attention away from warning signs or standstill traffic, potentially causing an accident.

And distractions don’t only come in the shape of screened devices, things like food and drink can also cause new drivers to become distracted. A driver should always stop to eat or drink, rather than attempting it while on the move.

3. Adjust Before Setting Off: Seat. Seatbelt. Mirrors. These checks should become second nature to new drivers, and after months of driving lessons, they probably are. But these are not the only adjustments that are needed. If the driver has their own car, and doesn’t share with another driver, they may only need to adjust the seat the once, but mirrors should always be checked and a seatbelt always worn.

If the driver is going from being outside in cold weather to the warmth of their car, it will only take a matter of moments for them to become overheated in their outerwear. Attempting to get a jacket off while driving and seat-belted in can be quite the acrobatic performance. And definitely not safe. If a driver is going to be uncomfortable in a coat, scarf, hat etc. while driving, these should be removed before starting the engine.

Equally, drivers should check that everything in the car is secure so it doesn’t go flying at the first roundabout. Drivers have enough to worry about on the road without a book on the parcel shelf flying forward. Securing all loose items that could become a hazard or distraction will keep the driver safe inside the car while they focus on what is going on outside.

Making sure everything has been adjusted and the driver is comfortable before setting off will make for a smoother and, more importantly, safer drive. Moreover, if you would like to ensure that your car is performing well, do consider getting an oxygen sensor at the best prices possible to boost engine function; you can find out more on the different available oxygen sensor cost here. 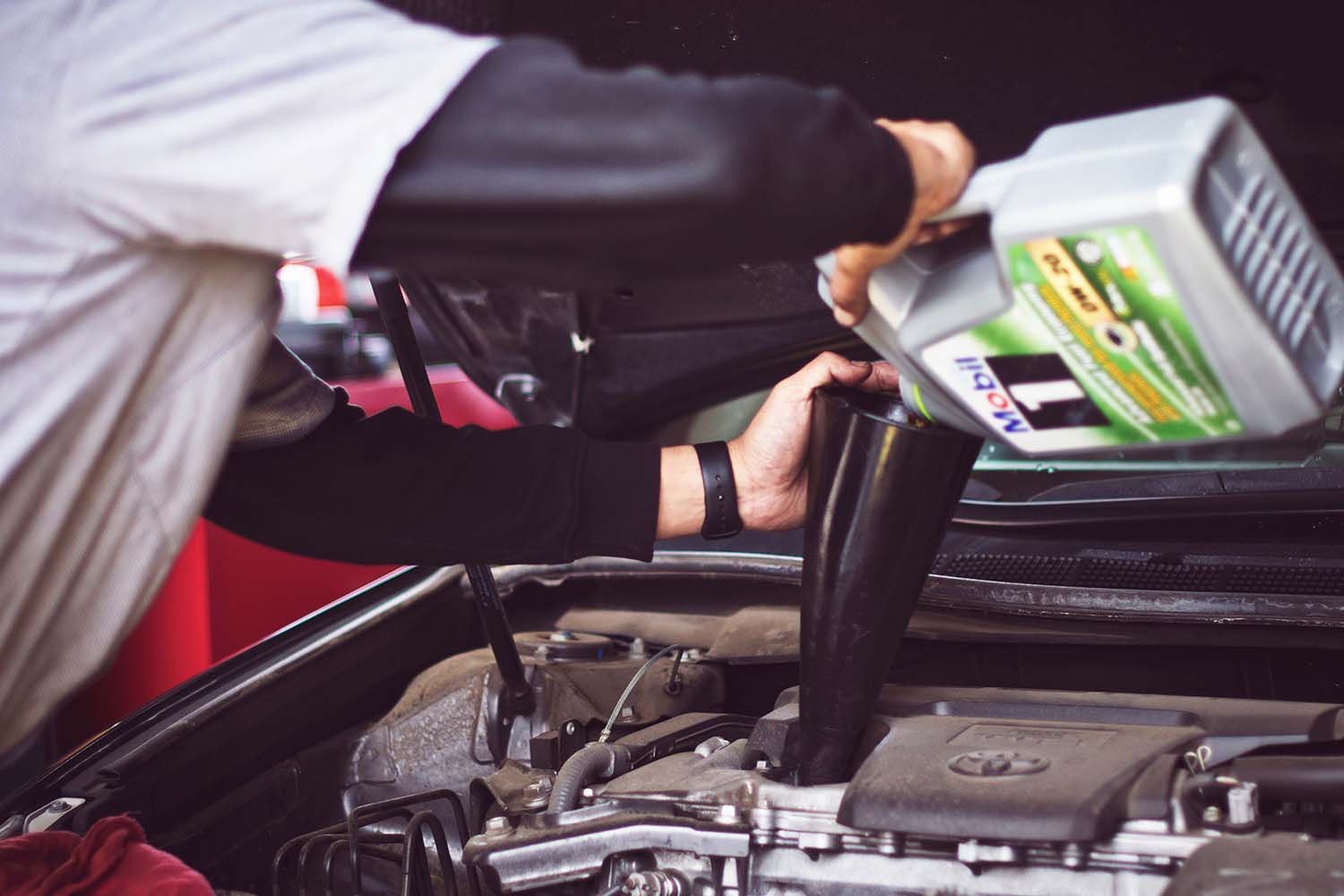 4. Be Prepared: There are several situations that can occur while on the road. From a flat tyre to getting lost, we can never be prepared for everything, but having some supplies in the car will help new drivers feel at ease, should a situation like this occur. 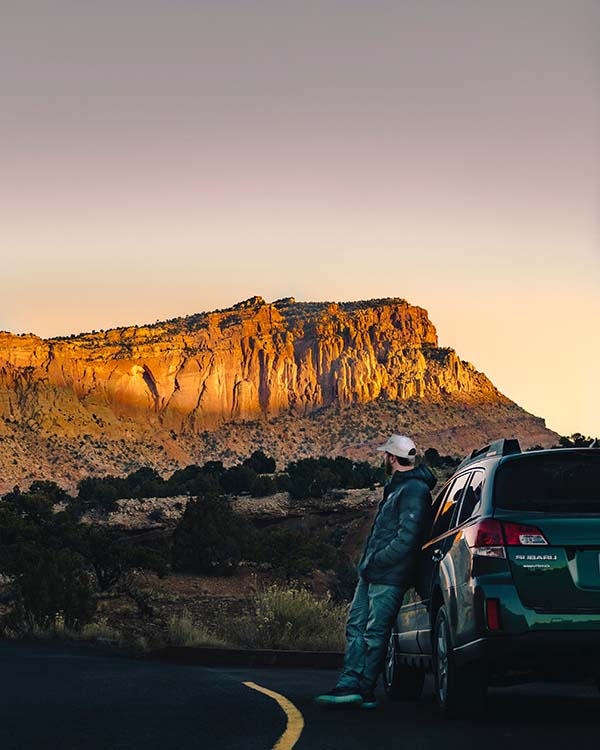 Flat tyre: It is unlikely that a new driver will be able to change a tyre, unless passing at a mature age with knowledge from a friend or relative, or they grew up with an interest or lineage in car mechanics. The best thing a new driver can do to prepare for this instance is to have breakdown cover. If the driver is confident, a jack and a tyre iron should be left in the car at all times. Check out this guide from Car Bibles on how to choose the perfect car jack in case of a wheel change.

Injury: Injury inside your everyday car journey is improbable, but not impossible. There is always the possibility that someone may be stung in the summer, or experience a cut as a passenger; small but distracting injuries. Having a small first aid kit in the car couldn’t hurt and will help your trip continue promptly.

Breakdown: Breakdown cover is essential for every new and experienced driver. However, having some warm clothes, as well as maybe a blanket and umbrella, is a sensible move if travelling far from home. When a car breaks down, particularly on a dual carriage way or motorway, the driver must safely exit the vehicle and stand away from the road (over a barrier or up the bank by the side of the road) while they wait for help. This can sometimes mean being sat in the cold and potentially wet for some time.

Lost: Getting lost with today’s technology is becoming harder and harder. But if the driver relies on their phone for directions and the phone’s battery dies, they could find themselves in quite the conundrum. If a long trip is planned, ensure a backup power source for the phone is charged and kept in the car. Map apps can drain the battery faster than normal use, so this should be accounted for when planning the journey. 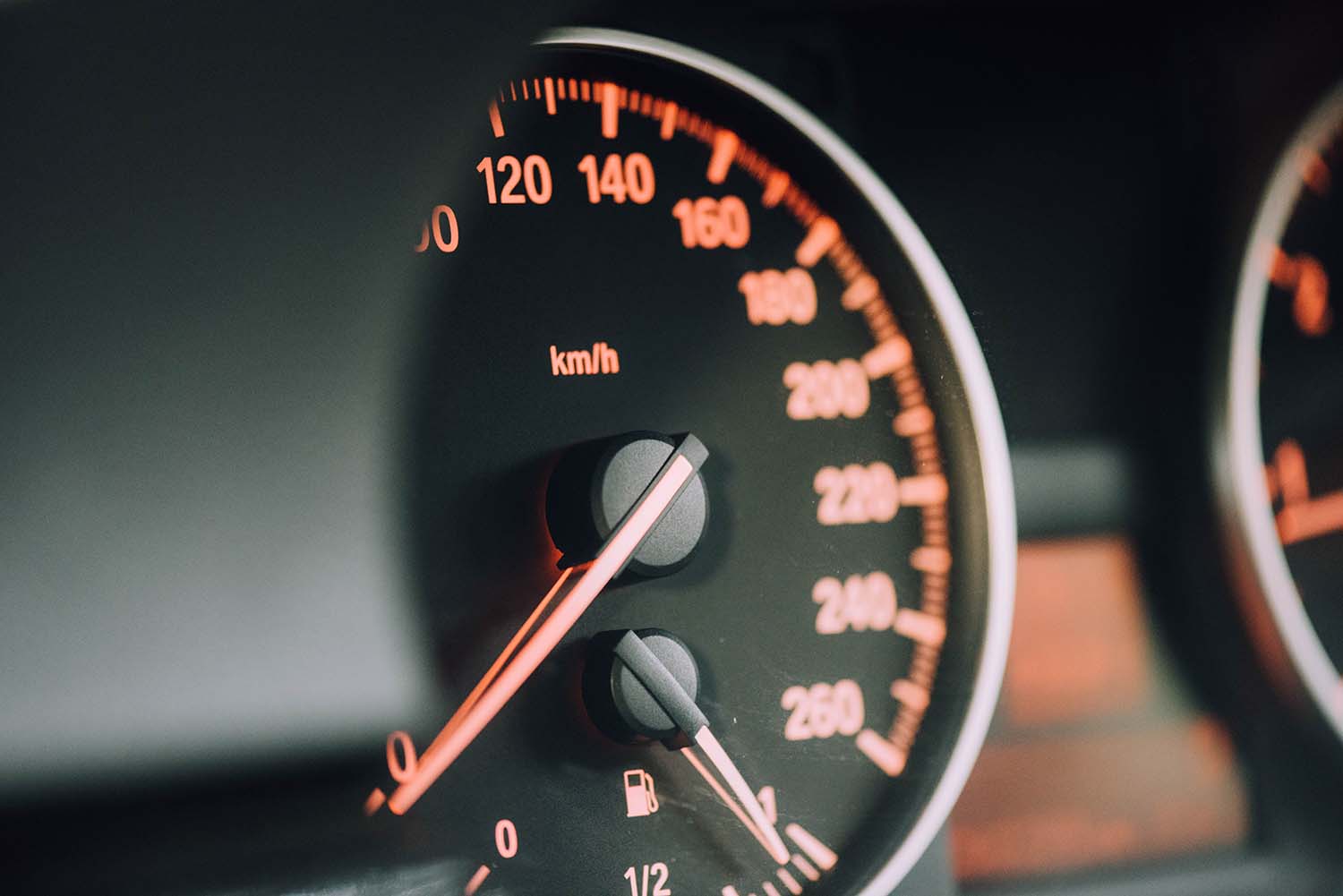 5. Be Responsible: Lastly, a common sense tip that all drivers, old or new, should follow and yet many don’t. Be responsible, particularly when it comes to alcohol. Not only is driving under the influence illegal but it is extremely dangerous, for both other drivers and pedestrians. It does not matter if a person feels as if they are fine to drive, if alcohol has been consumed driving should be avoided and alternative transport should be arranged.

The limits in England are as follows:

One alcohol unit is measured as 10ml or 8g of pure alcohol. This means a man of average weight and height would be under the limit if they had four units of alcohol (two pints of normal strength beer). However, the way that alcohol metabolises differs per person depending on sex, height and weight. This means that when alcohol is involved it is always safer to choose not to drive.

Whether someone has been driving for ten minutes or ten years, these steps should always be considered to ensure the safety of those driving and others around them. 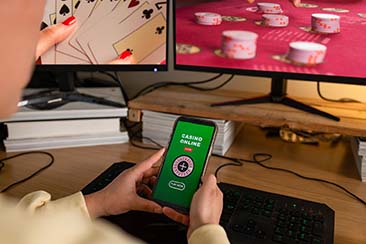 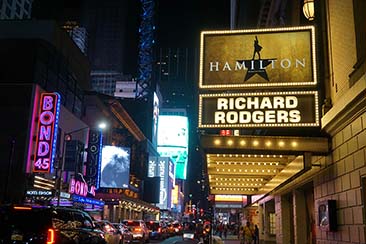 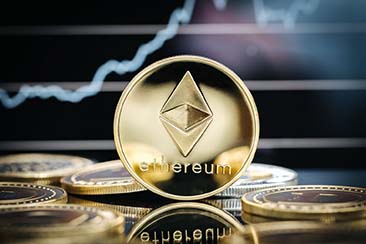 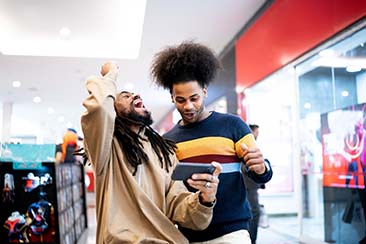