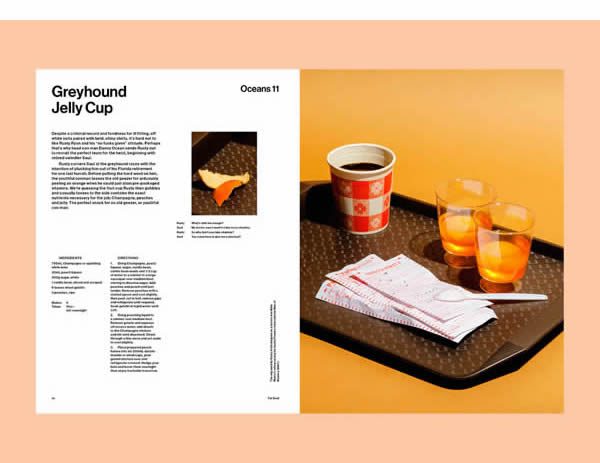 That’s the audience Lauren Stephens, Laura Clauscen and Fred Mora — the folk behind Long Prawn — are targeting with their niche cookbook: Fat Brad. An ode to a man renowned for being anything but fat. Roping in photographer Ben Clement, designer Tristan Ceddia, and official food bods Ali Currey-Voumard and Mietta Coventry, the team of surrealists have comprehensively explored the fictional eating habits of a certain William Bradley Pitt, in the first of what will be the oddest series of cookbooks ever seen.

From Snatch‘s bare-knuckle boxer Mickey O’Neil to suave criminal Rusty Ryan in Ocean’s Eleven, the gang have brought Pitt’s on-screen eats to life and, potentially, your kitchen — through actual recipes and sensationally styled photography. The 52-page cookbook has been printed as an edition of 1,000, and has just been debuted at Tokyo Art Book Fair 2016 prior to a Melbourne launch party 6 October; head over to longprawn.com for details on how to pick up your copy. 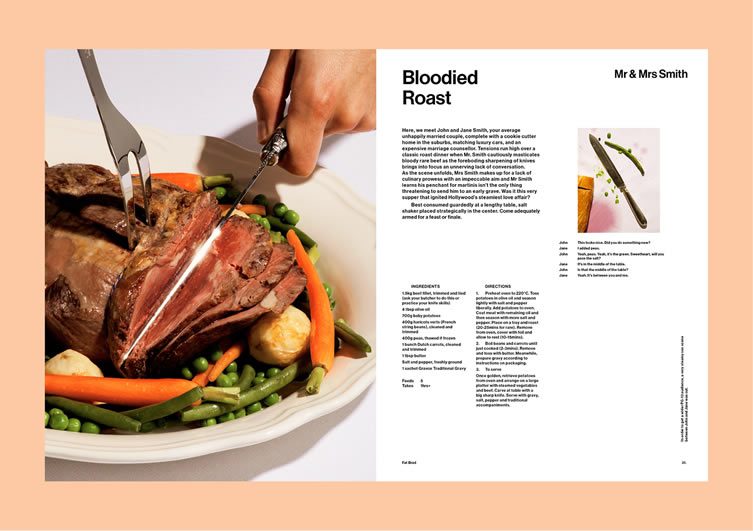 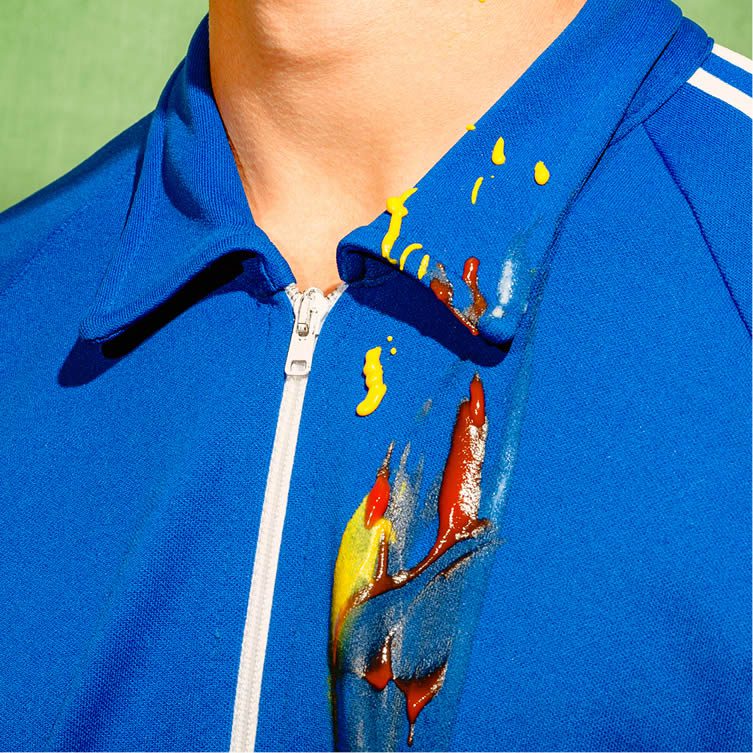 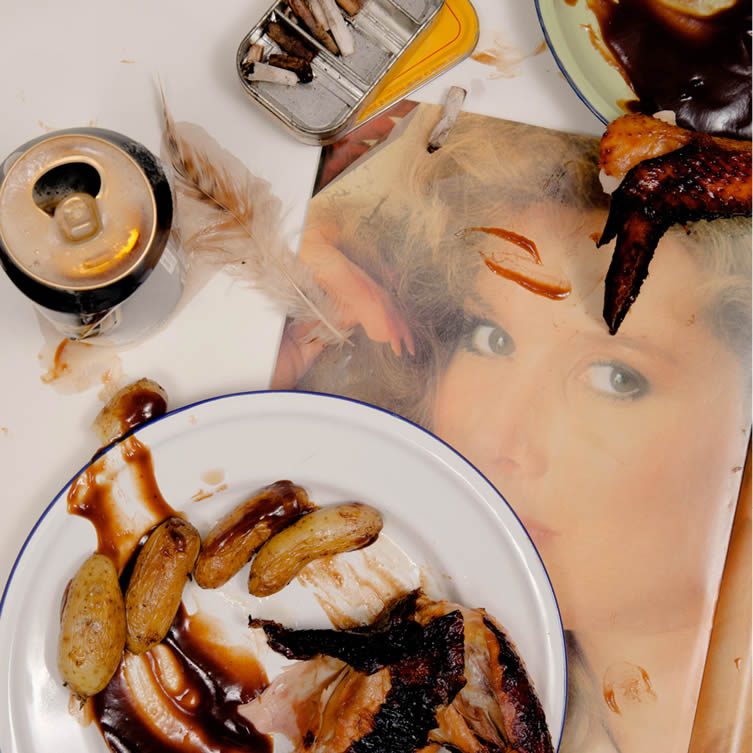 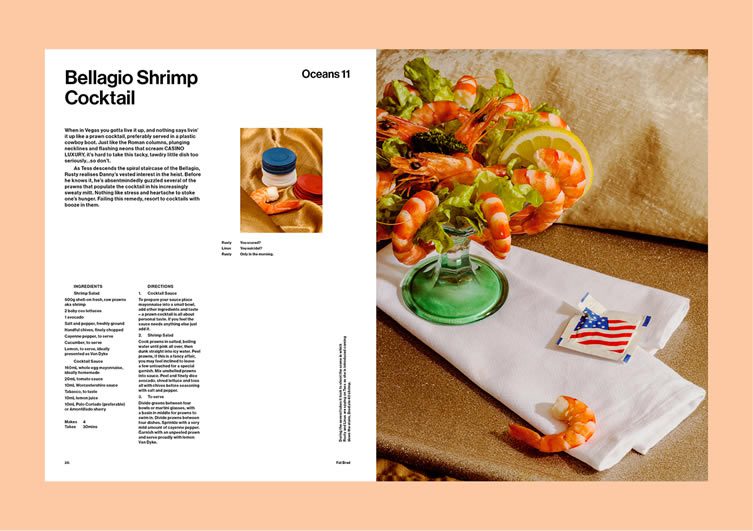 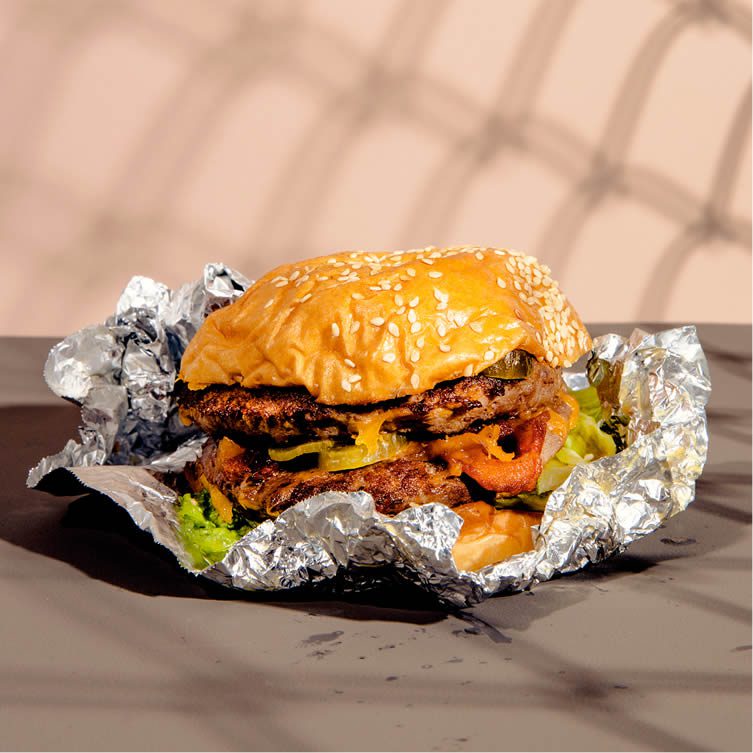 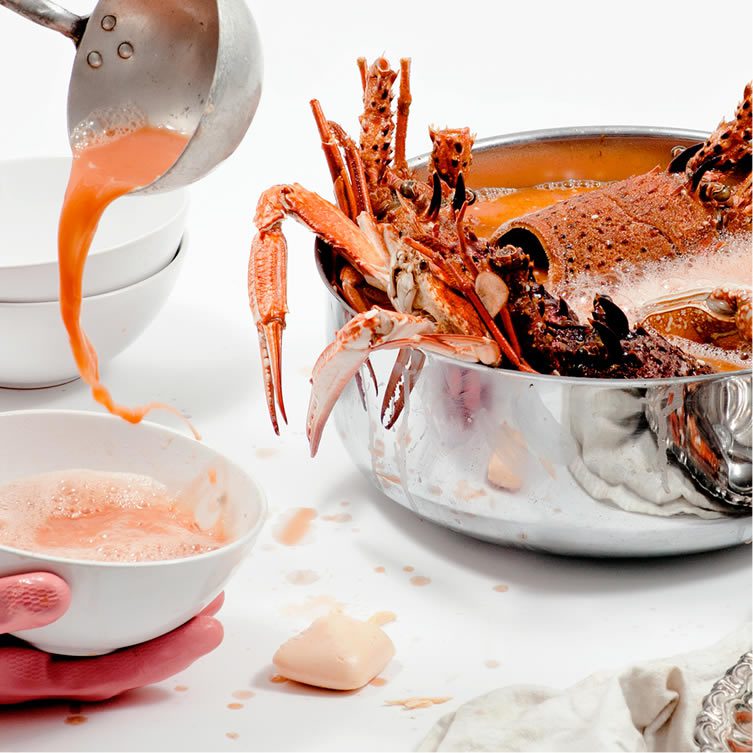