The folks at Secret Garden Party have garnered a well-deserved reputation for deftly smearing the lines between music, art, and theatre. Set amongst the beautiful pastures and lakes of Abbots Ripton in Cambridgeshere, Secret Garden Party places emphasis on participation over plain old spectation. Elaborate themes like Superstition, Childish Things, and Goodbye Yellowbrick Road gently compound the bedlam that ensues once the veritable wonderland opens its gates. 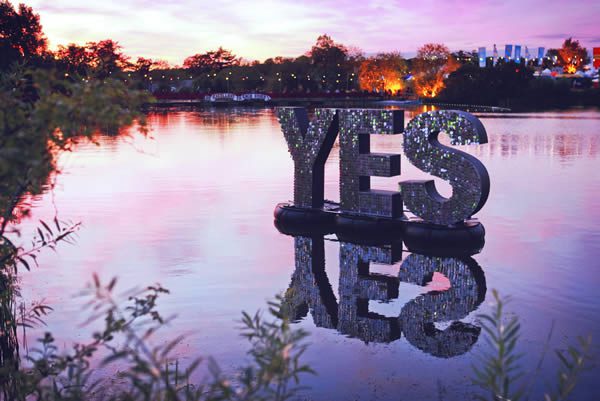 Secret Garden Party is designed to pique our inner star-goggled child and to gambol about their fields is a mercurial joy. Walk in any direction and chances are you’ll happen upon a secret stage or clandestine speakeasy. Open the door to an unassuming (SGP is probably the only festival where you’d have to clarify) port-a-loo and you might find yourself tumbling into a covertly curated field of sunflowers.

Where normal festivals fit neatly within a template — campsite, stages, rides/amusements — Secret Garden Party sweeps the proverbial from under your feet and sends you spinning and grinning down the rabbit hole.

The festival supports young artists, designers and collectives from all over the world and every year the picturesque fields are populated by pieces and installations from the minds and hands of students and the seasoned alike. 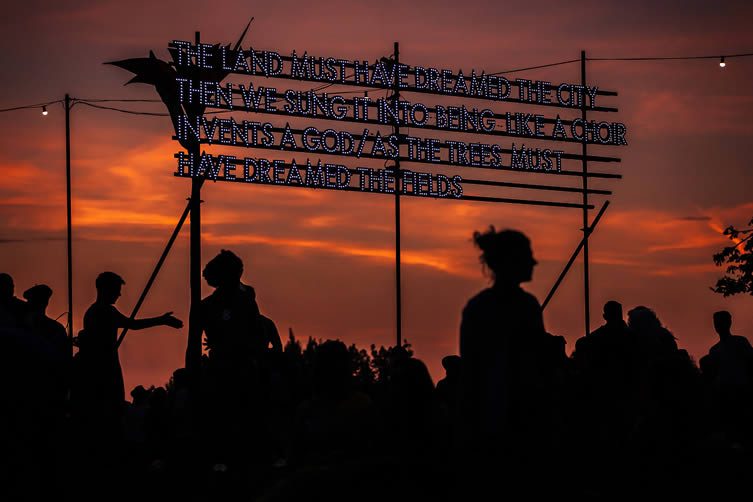 Robert Montgomery leant his aesthetic poetics with the striking All Palaces Are Temporary grinding the scurrying revellers to a halt in 2014. 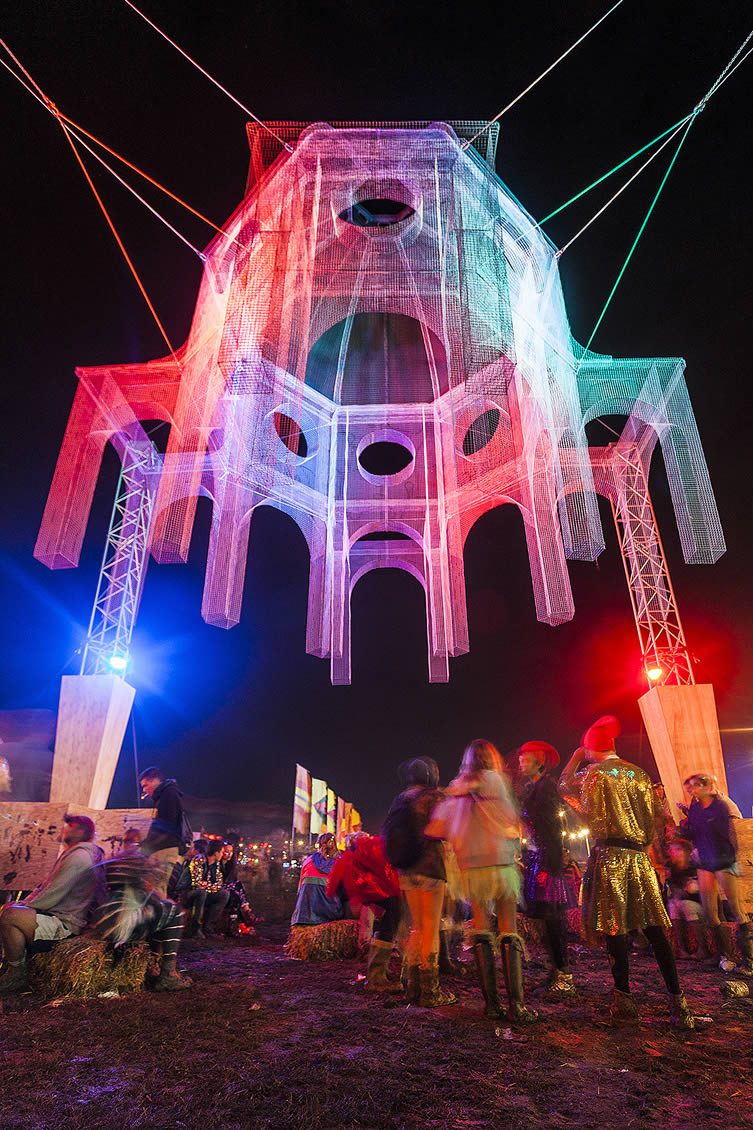 Italian sculptor Eduardo Tresoldi has a special relationship with SGP — assisting urban muralist Gonzalo Borondo (see his wonderful Narcissus reflecting off the Thames in Hackney) in 2014, he was invited back to SGP the following year to ‘build something big and in the air’; for which he used wire mesh to create a huge cathedral that seemed to trace in the sky like an ecclesiastical web. 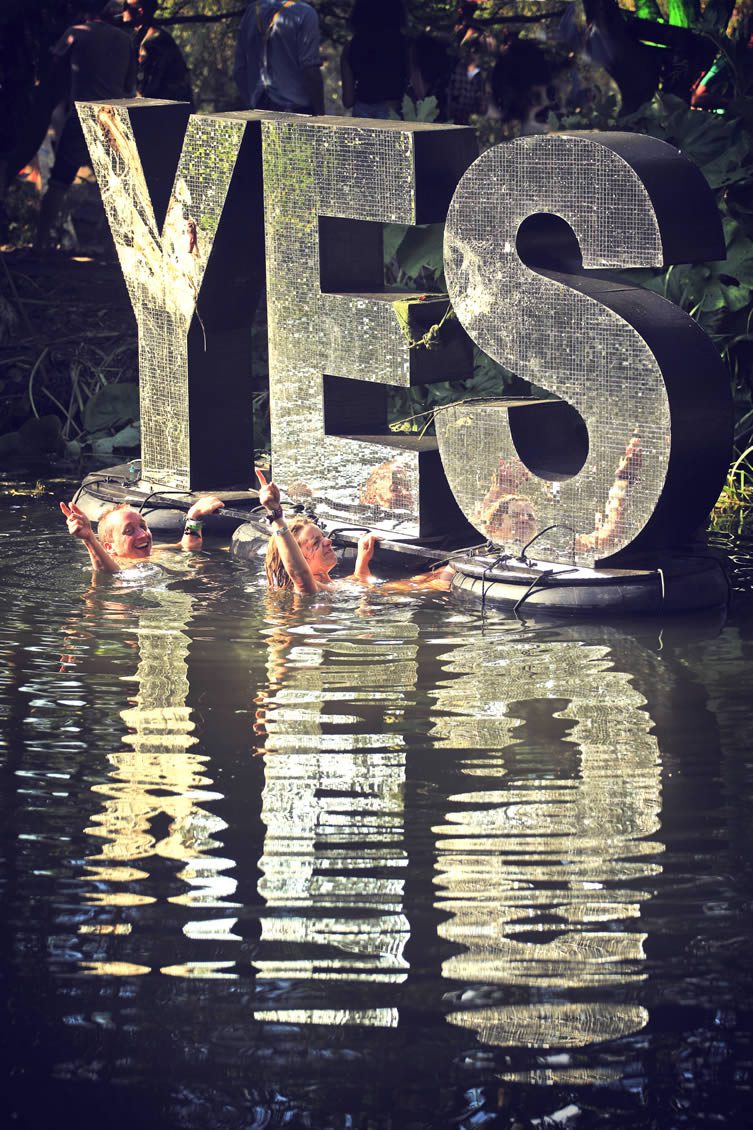 Ildiko Buckley and Jane Palmer’s enormous, mirror-tiled YES has cropped up all over the country. Bold and affirmative, it’s a pretty effective statement on the lake of Abbots Ripton.

The individual pieces are always site-specific, designed to engage and transform the space they inhabit. When the audience participates – touches the works, climbs about, pushes a button, pulls a lever or moves within them — the installations are fully realised and the art comes to life. The audience interaction is the master stroke.

The festival organisers pride themselves on filling the stately grounds with art installations to gawp and grope at and past years have seen a whole host of stellar spectacles. 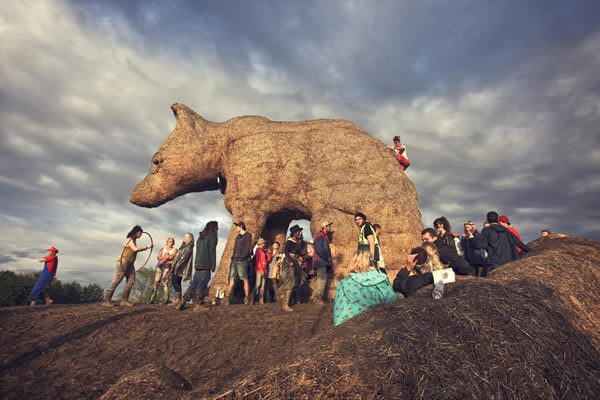 Shipshape Arts were called upon to ruralise their urban fox that once sat atop the Southbank Centre. Since making its escape from the city, the now-iconic fox has taken on many disguises from year to year — from Basil Brush to the Terminator Fox.

With each year comes a new theme to The Garden and with it, an array of interactive art. This year’s theme is A Gardener’s Guide to the Galaxy and is all about technology. 21 July will see Abbot’s Ripton lit up with LEDs and other celestial light installations.

Graduates from the London College of Communication bring Bio Shed to the festival which puts users in control of Agri-Bots. The remote-controlled robots used to farm plants and pods in an apocalyptic Earth of the future.

Architecture graduate David Hodgson and creative peers recently completed the design, build, and installation of a playground for a charity based in Bulgaria. His team have put together the kaleidoscopic Time Tunnel to transport partygoers to another dimension. The materials will distort the world around the audience and display an interactive light show once the sun sets.

Expect a spectacle of cosmic proportions this year at Secret Garden Party and whatever happens, do not press that big red button. 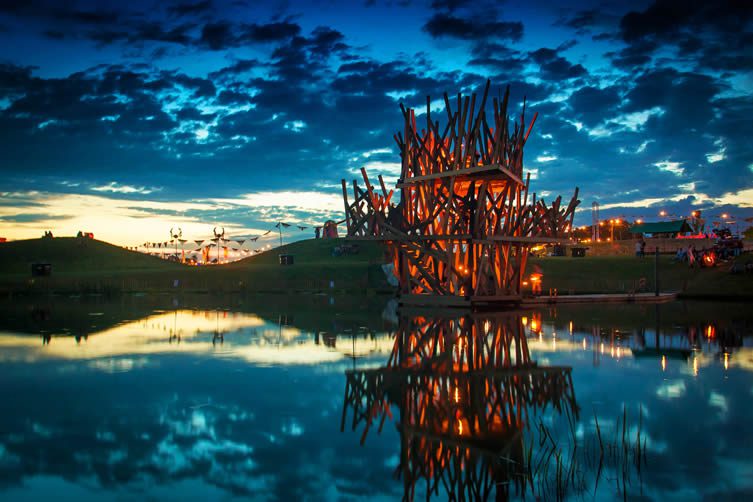 In 2013, The Temple was unveiled by Andrew Cross. The illustrious architect sought to create a hub of conversation, reflection and lantern-lit relaxation amongst the furore of the festival. 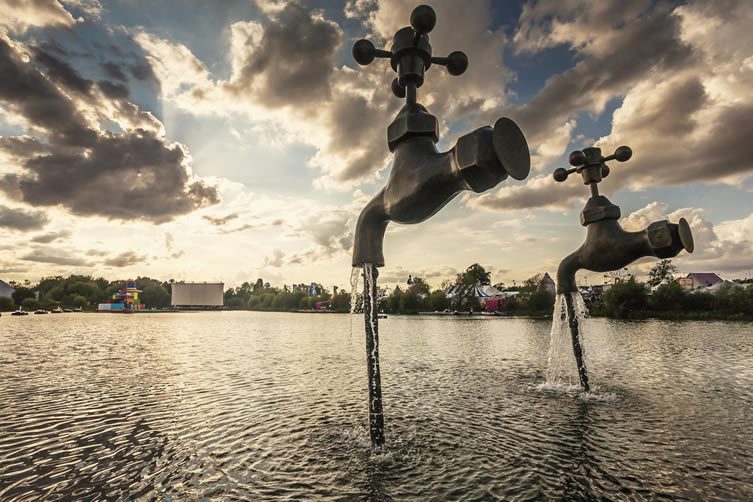 Nicholas Peter Bartlett or npb88 is the visionary behind the giant taps that run endlessly into the lake. Nick heads up the overall aesthetics of the site as well as the creative department at Secret Garden Party.
Photography, Nick Caro 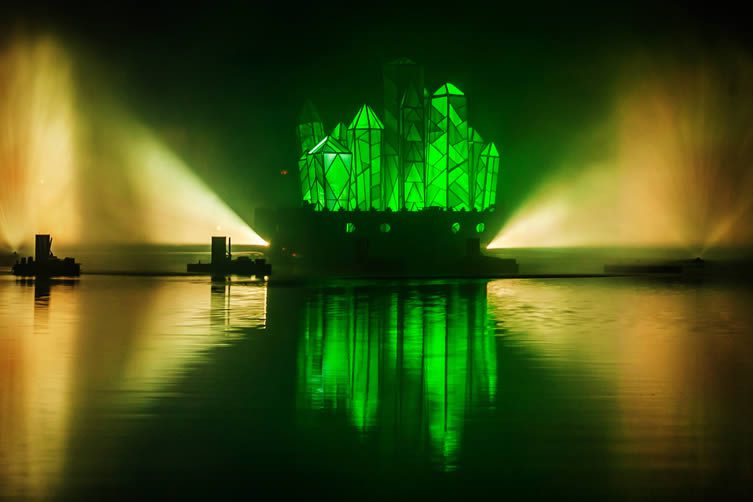 The Emerald City is something of a centrepiece in The Garden. Shipshape Arts construct the walls of the city offsite, and then crane them into position on the floating pontoons. Glimmering, pulsating and floating out on the lake, the ‘city’ is really an elaborate stage accessible only by Cambridge punt. A crystalline carouse well worth the voyage.

Established in 1999, Art Sheffield is a cultural festival going from strength to strength; like fellow northern powerhouse Manchester International Festival, the creative coming together relies on unexpected venues and challenging curation to... 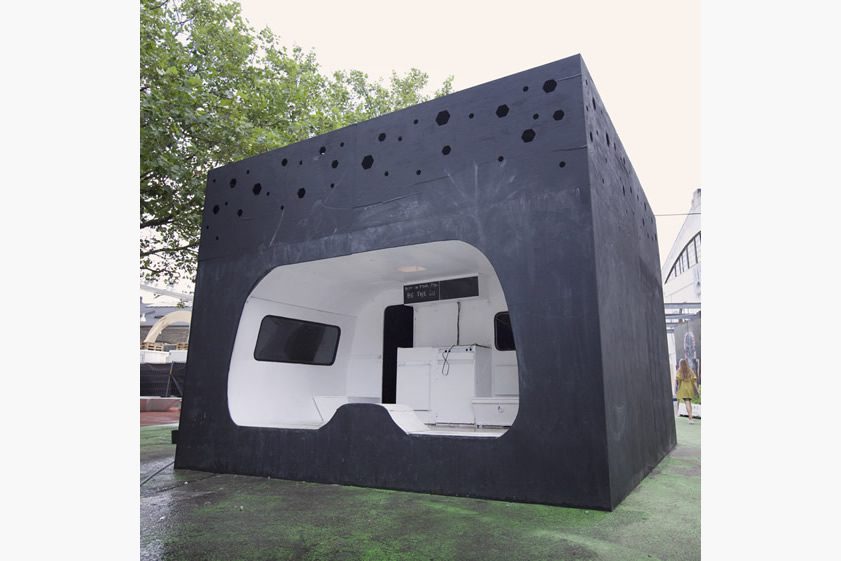 We feature an awful lot of glitz and swank, so much so that at times it can get almost a little weary; sure, these bastions of haute-design with their mega-bucks architects and multi-million pound budgets look 'wow', very 'wow' in fact, but...