Sonic Youth noister Thurston Joseph Moore once sent 25 one minute-long guitar parts to a bunch of fellow artists — the likes of Alec Empire, Mogwai, and Stereolab — in a Hoover bag. A Hoover bag. The musicians would rework his six-string improvisations for what would become the collaborative album, Root. The whole thing struck a chord with me, and I always aspired to do some kind of project inspired by it. But I’m too fucking lazy. 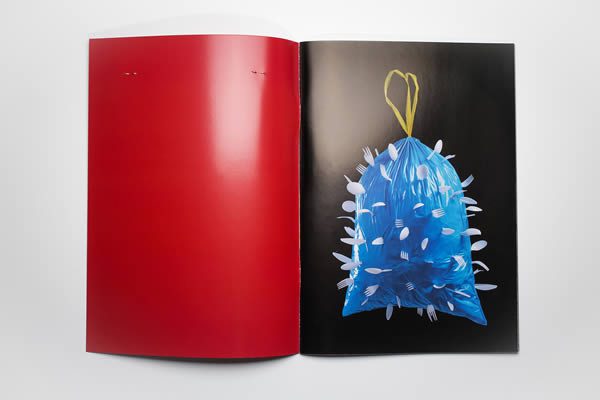 Fast forward 17 years, and the duo of Max Siedentopf and Yuki Kappes are putting more everyday mundane objects on the doormats of international creatives. Ordinary magazine issue one is the result of Siedentopf and Kappes dispatching plastic cutlery to art talent like Daniel Eatock, Thomas Albdorf, and Ruth van Beek who, like Thurston Moore’s recipients, ‘remix’ the contents to startling effect.

Albdorf dishes up some disturbing currywurst in the Alps scenario; Beni Bischof’s disposable utensils are escaping from a raging inferno; Bangkok-born Dutch artist Thomas Nondh Jansen needs to do some washing up. A quarterly affair, Ordinary promises to reimagine a different humdrum object in each edition; readers gifted the same prosaic pieces sent out to their artists. It’s a riot of creativity, and an admirable intent to inject much needed conceptualism into the increasingly busy waters that independent magazines navigate.

Ordinary is available from select bookshops in the Netherlands, UK, Germany; and online at ordinary-magazine.com 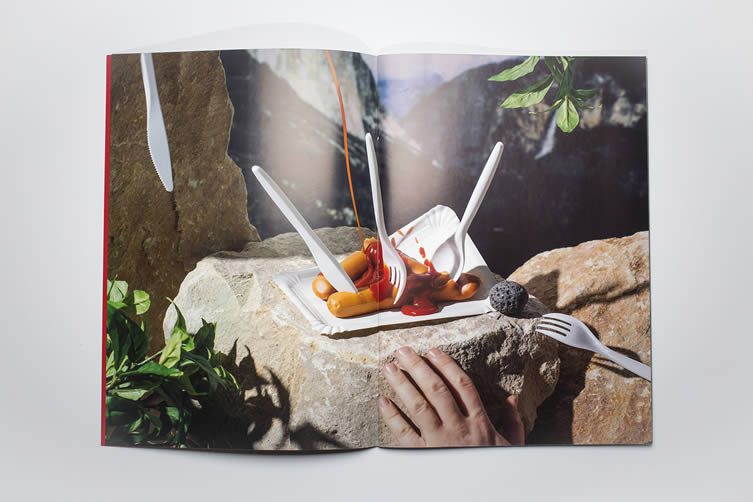 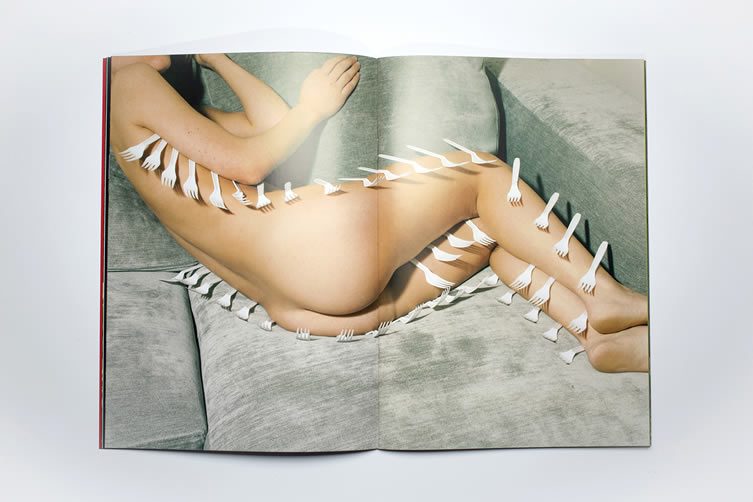 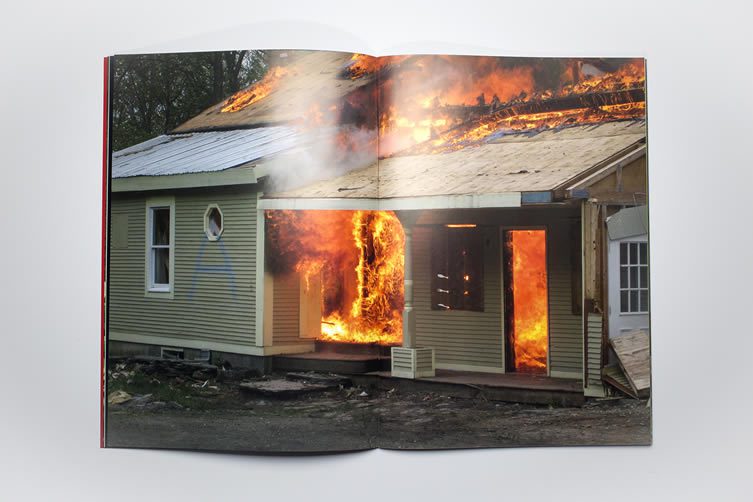 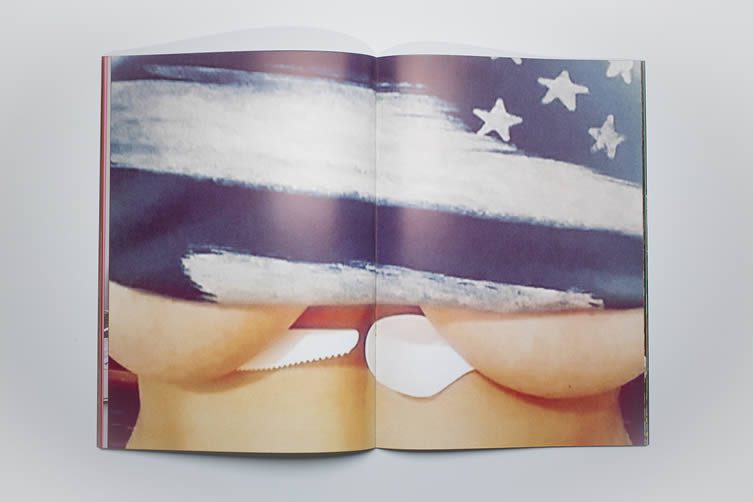 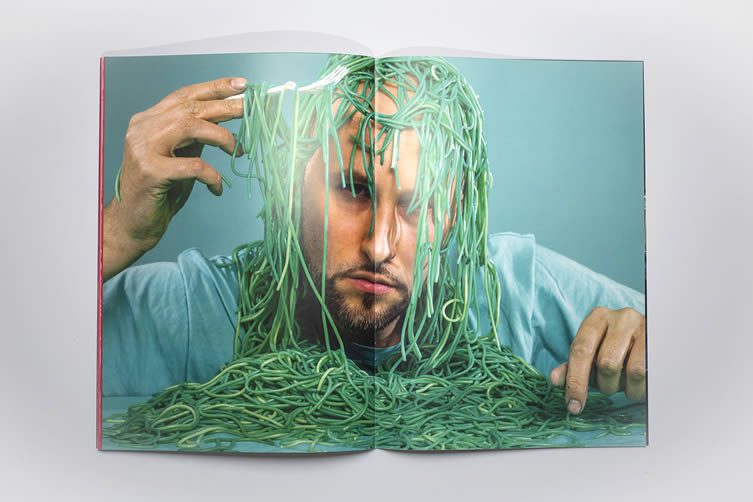 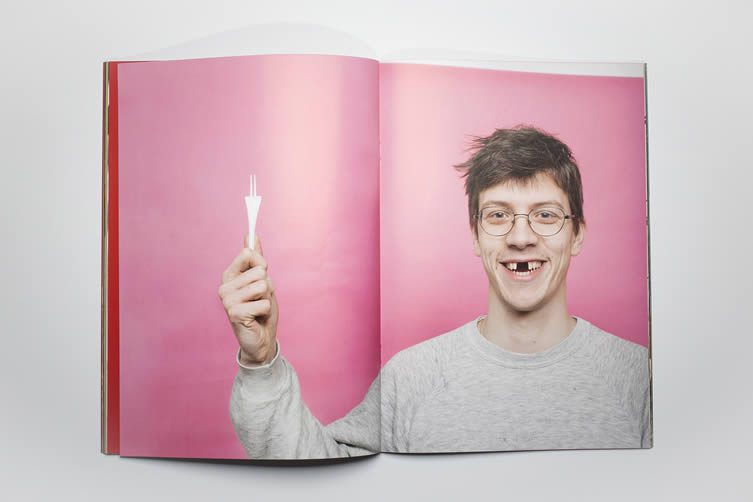 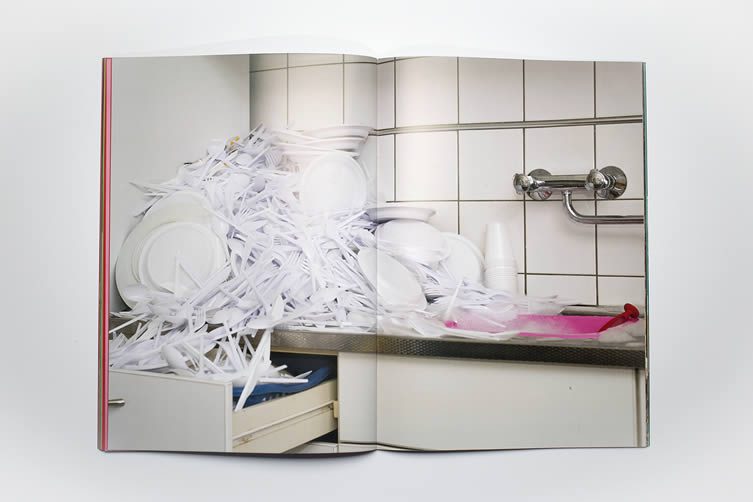 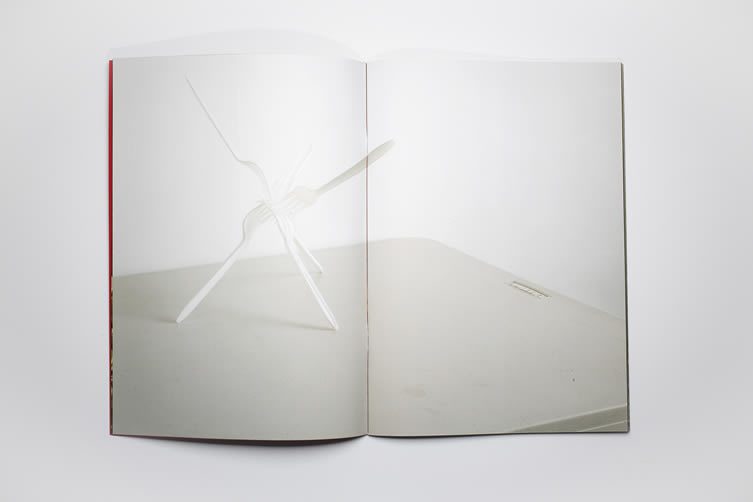 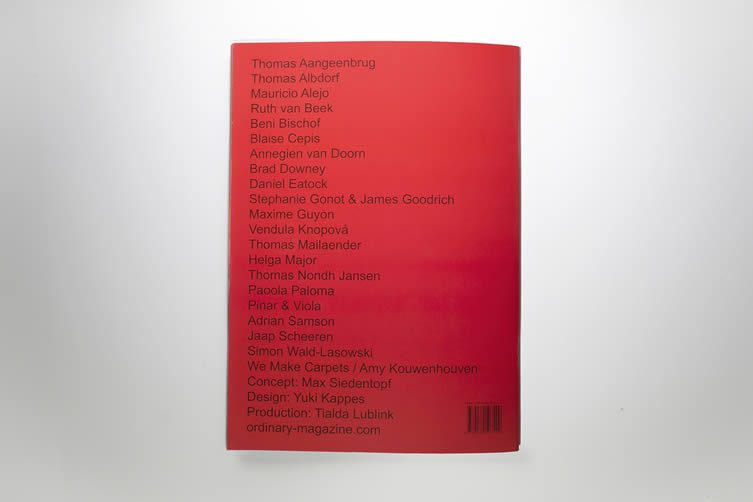 By catching a glimpse of its inside through the spacious shop windows, you can tell that a design perfectionist has had his hands all over this. Put together by Munich-based firm Designliga, all interiors and furnishings are in a uniform shade of... 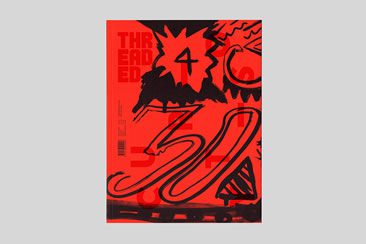 "Without curiosity to set you off, these days, you really are lost" say the folk behind New Zealand-based design publication Threaded; which celebrates the desire to learn in its latest edition. Threaded Ed.18: The Curiosity Issue follows the... 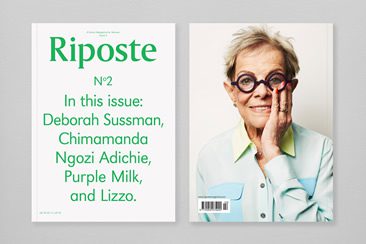 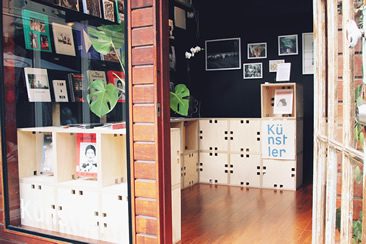 This skilfully-edited Brisbane outlet may be the cutest little bookshop in the world...

What Queensland bookstore Künstler lacks in shop-floor area it more than makes up for in its great volumes, and if you're hoping that's the worst book-related pun you'll read today, I'm not making any promises. This cute ickle cabin can be found at...