Two of FAILE‘s most impressive works take centre stage at a major exhibition of the duo’s work currently being held at Brooklyn Museum. FAILE: Savage/Sacred Young Minds headlines with Temple and Deluxx Fluxx Arcade, the latter of which saw Patricks McNeil and Miller work with regular collaborator: Brooklyn artist BÄST. There are several new works on show too, making this event a must for fans of the street art / fine art crossover stars. Which is pretty much everyone, isn’t it? 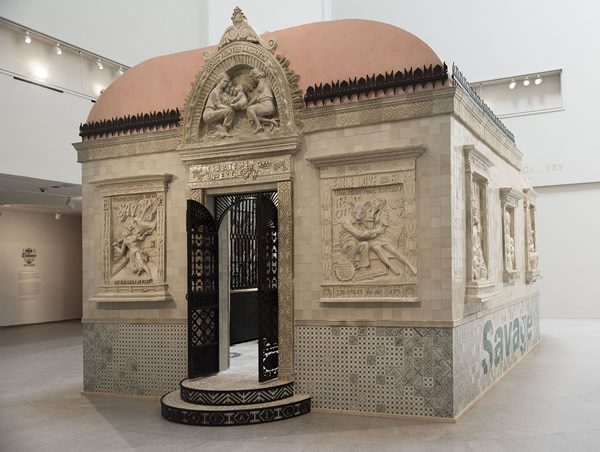 If you missed it the first time around, Temple is a large-scale sculptural installation that first appeared in a public square in Lisbon for the Portugal Arte 10 Festival. Resembling a ruined temple from the Roman forum, with the faint visual whiff of a knackered Victorian public toilet, Temple appropriates classical religious iconography, putting a contemporary twist on the subject matter — it’s as though a modern day monument has been unearthed thousands of years in the future. Deluxx Fluxx Arcade, in contrast, is concerned with more recent history; the collaborative work is an eyeball-scouring take on an amusement arcade hall, compete with retro video games and more neon than is strictly good for anyone. New works include two “ripped canvas” triptychs inspired by the layered remnants of urban fly-posters. 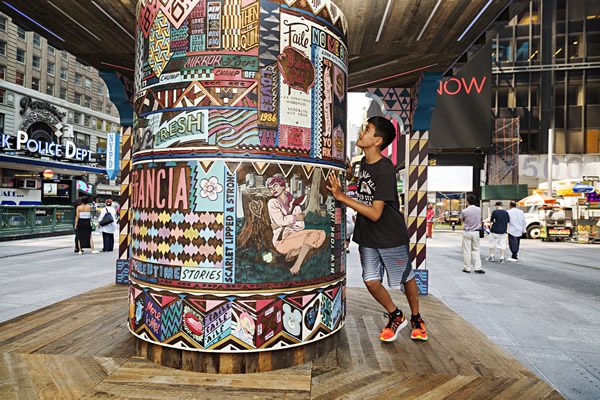 FAILE, Wishing on You,
Photo by Ka-Man Tse for @TSqArts

Bonus beats for visitors to, and residents of, New York City is FAILE’s interpretation of Asia’s prayer wheels; the duo’s Wishing on You installation dropped into the city’s most famous meeting point this weekend. Playing on common themes of iconography, the harlequin, interactive sculpture relates to Times Square’s cultural legacy: “While Wishing on You really builds on Times Square’s storied past — its nickel arcades, glossy ads, and carnivalesque spirit — we are also aware of how it has served for so long as a truly American place of celebration and commemoration” declare the duo.

You have until 4 October to catch FAILE: Savage/Sacred Young Minds at Brooklyn Museum, Wishing on You will occupy prime position on Broadway Plaza between 42nd and 43rd Streets until 1 September. 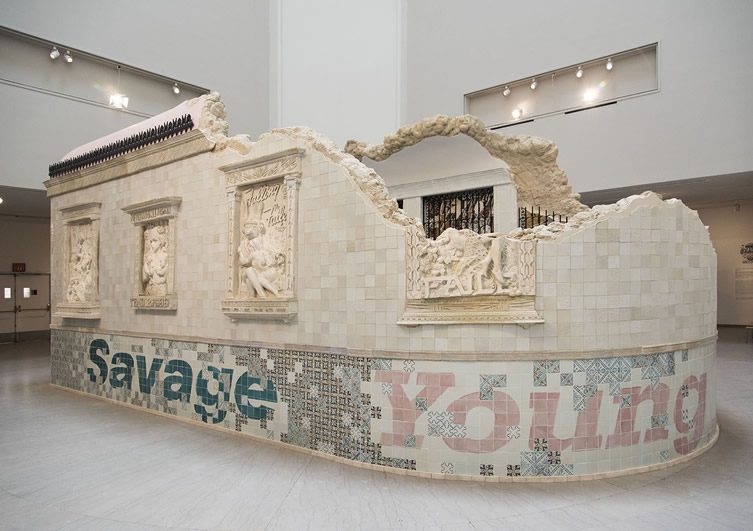 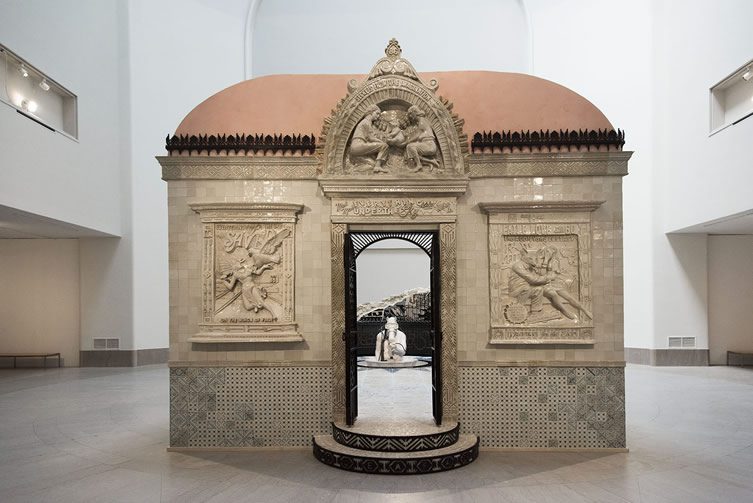 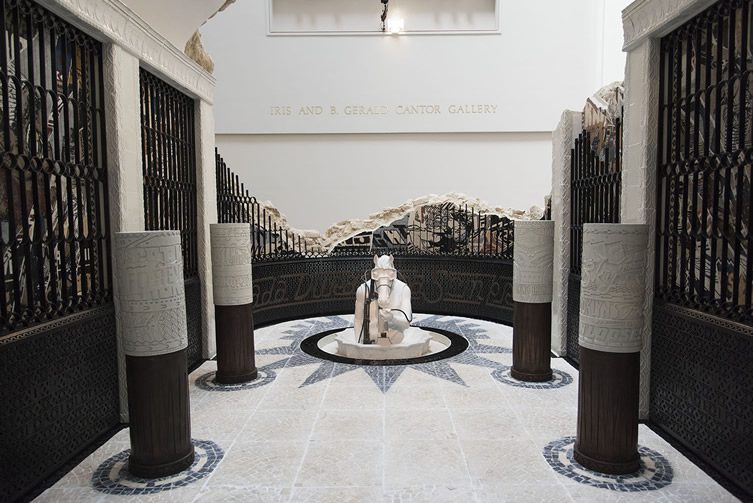 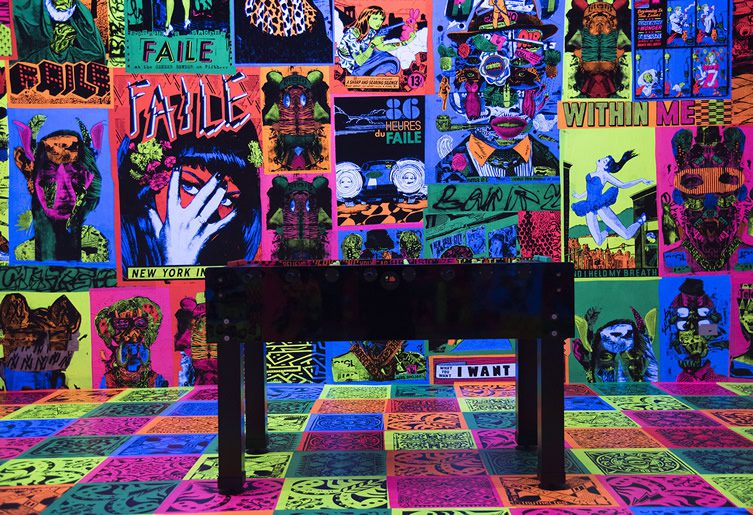 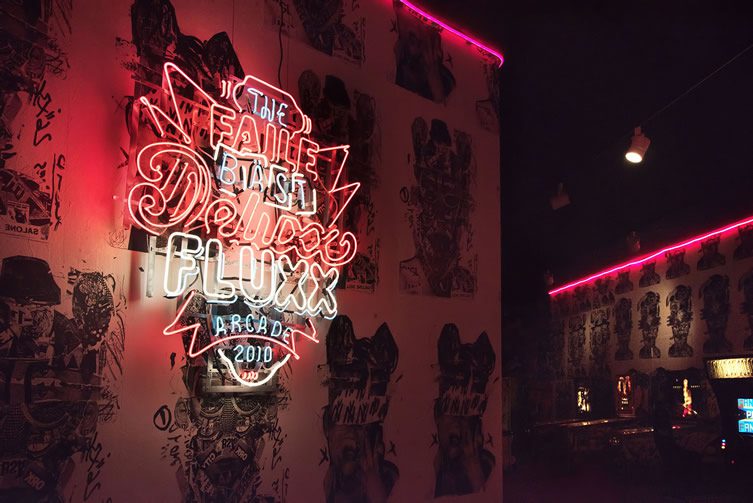 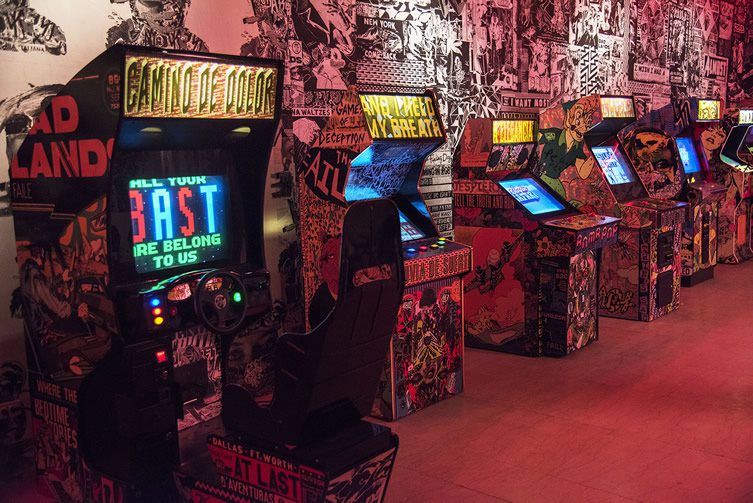 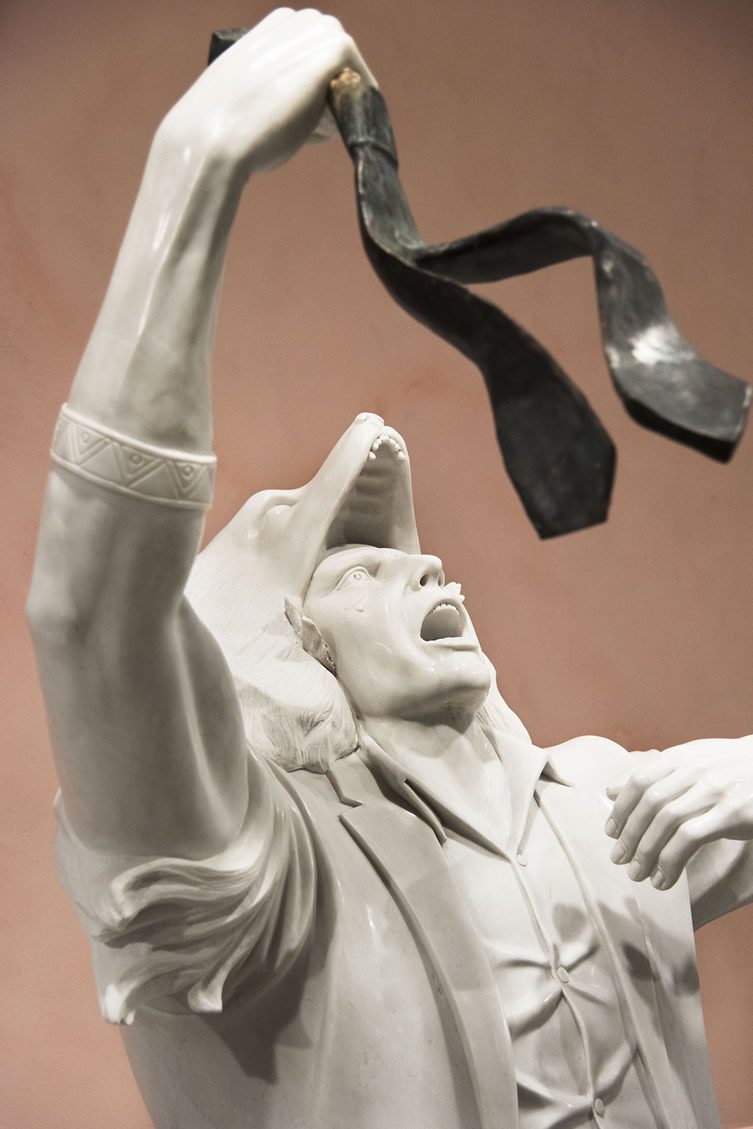 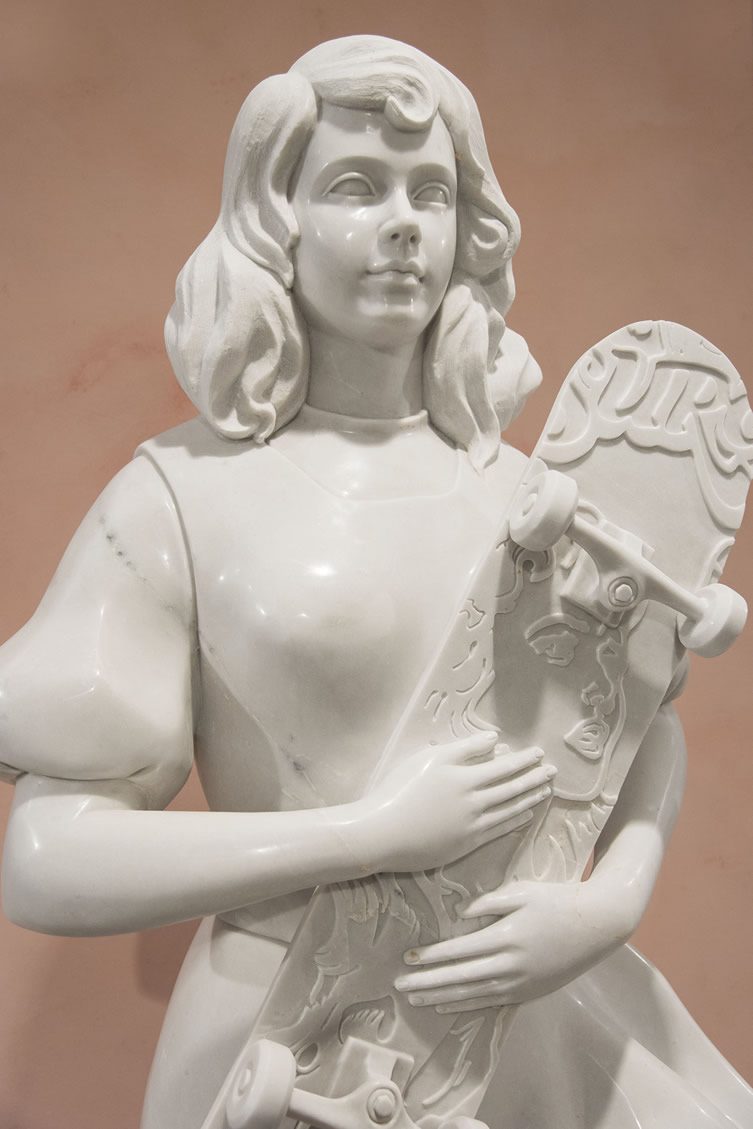 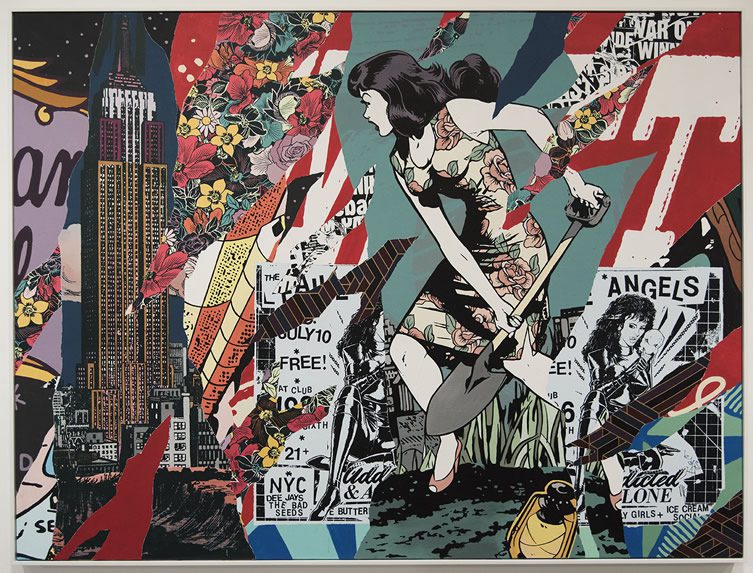 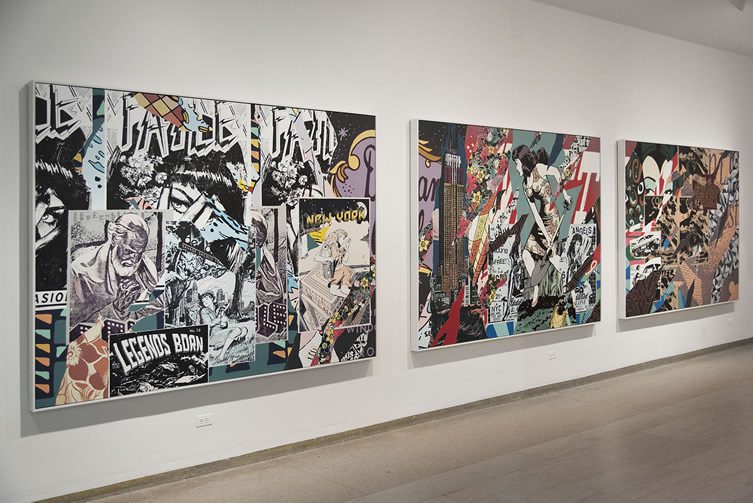 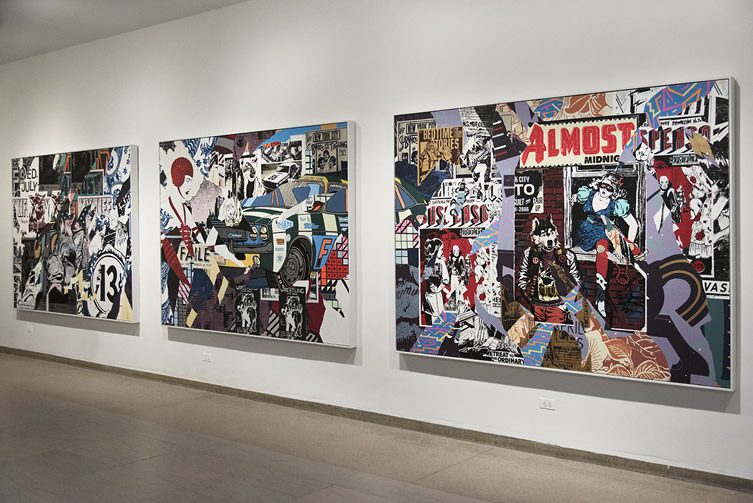 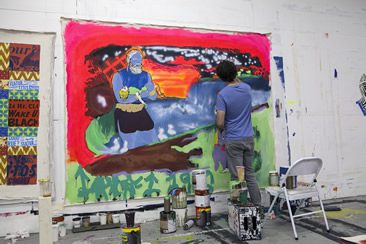 Adolescent desires and childhood fantasies are the driving force behind a new collection of works by FAILE, currently on display at Gallery Hilger NEXT, Vienna. As our work-in-progress shots show, the Brooklyn art duo are departing from their recent... 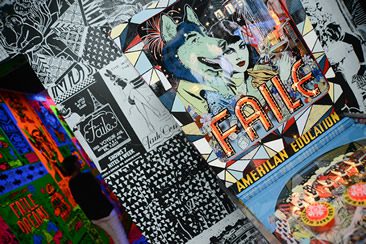 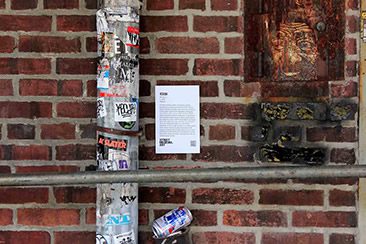 Who needs a gallery when you have a whole city?

The thing with street art is often context is everything; remove the artwork from its environment and the work is itself diminished. So then, the obvious (but actually very clever) solution is to leave it where it is, and rather than bring the art... 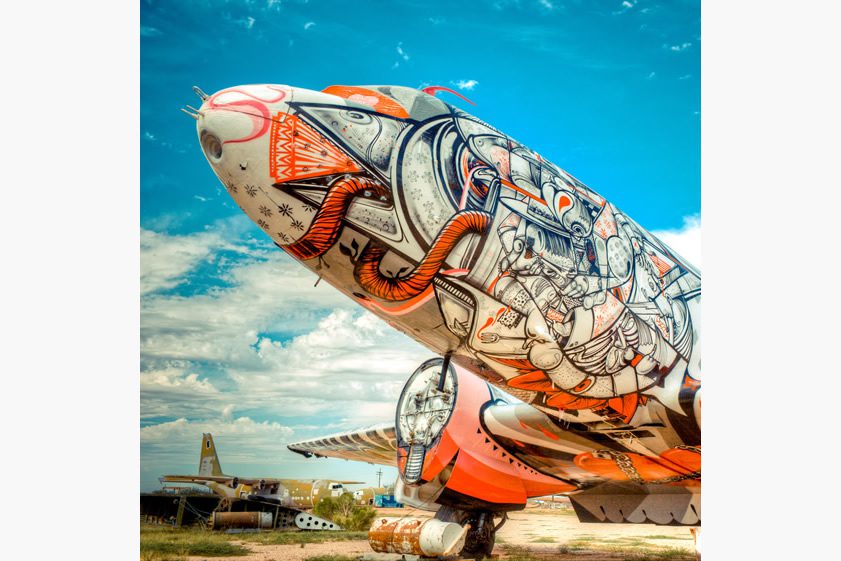 Ever since 1970s New York, trains have been the graffiti artist's time-honoured canvas of choice. Every spray-can clutching, sneaker wearing b-boy worth their salt will have let their creative juices flow on a carriage or two. Imagine then, the...