Hold on to your handbags: Ramon Maiden is from the wrong side of the tracks, and wears his “delinquent” heritage with pride. The Spanish artist hails from Roquetas – dubbed the Bronx of Barcelona – which struggled badly in the ’80s and ’90s with crime and drugs problems. Gangs of “Dandy Delinquents” or “Robin Hoods” ran the neighbourhood, robbing from the slightly richer and giving to themselves to fund their heroin habits. Grubby tracksuits and tattoos marked these thieves out from the other downtrodden Roquetas residents, who were at least safe from being robbed themselves thanks to the code of honour that existed among the gangs. They didn’t steal from their own.

Maiden’s grandmother was born into this world, and despite having nothing, managed to self-educate and raise the family that eventually produced young Ramon. He remains defiant about his roots, citing humility and loyalty as among the admirable traits instilled by his upbringing. Just as it left its mark on him, so he leaves his mark on others – or their photographs at least. Turbo Faith, Ladies of the Night and Dandy Delinquents is the name of his exhibition at London gallery StolenSpace, which sees Maiden tattoo found images with incredibly intricate designs, some beautiful, some ferocious, all highly skilful. The three-part title refers to the grouping of subject matter; religious, erotic and masculine imagery form the basis of the show, running from 17 April to 17 May. 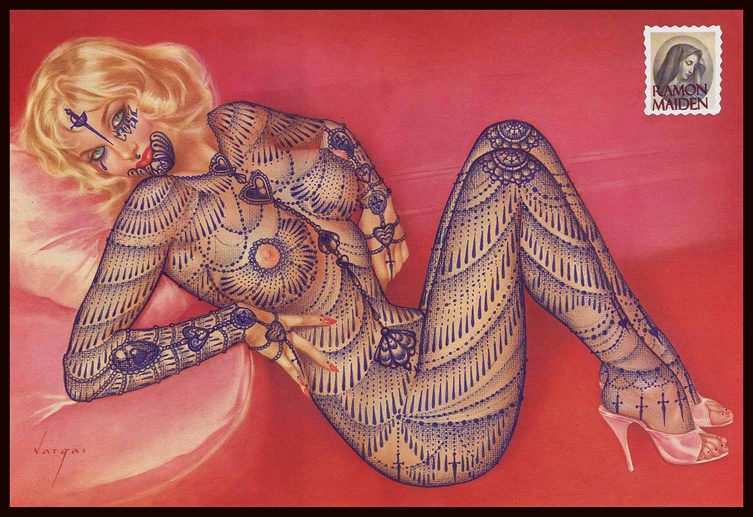 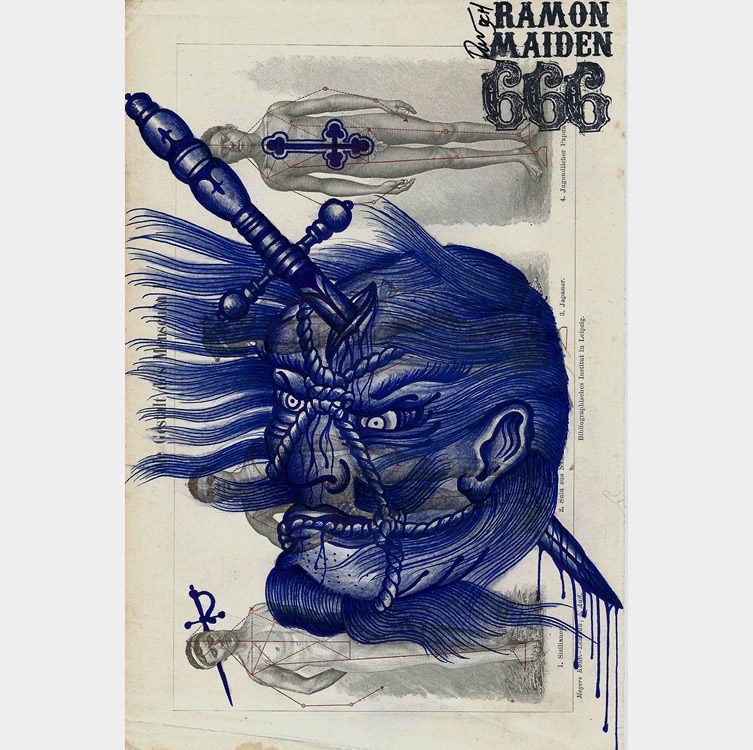 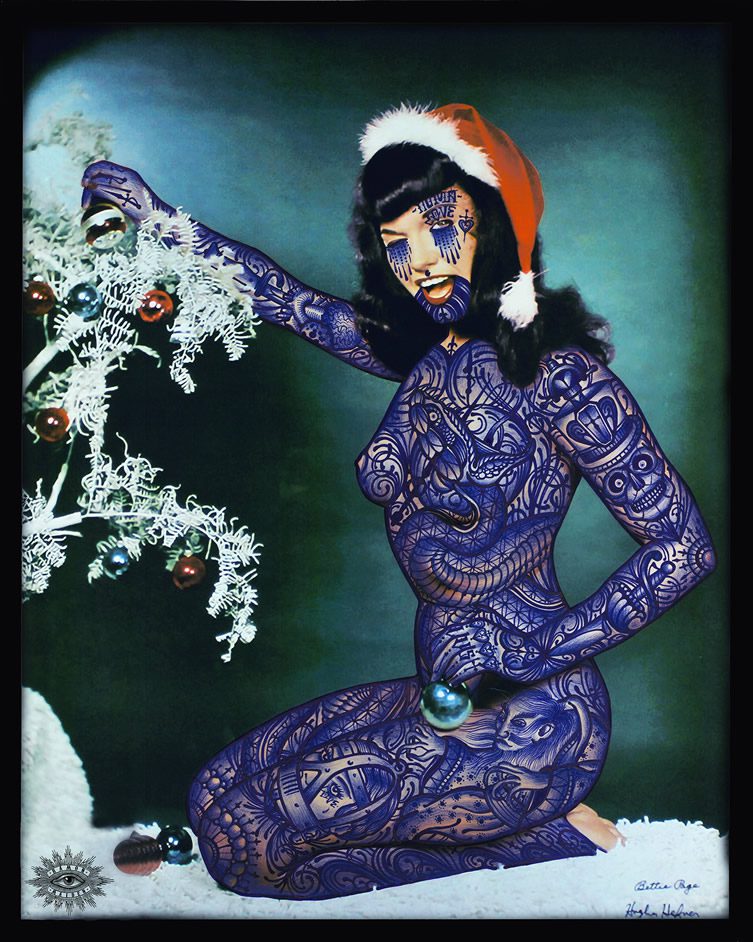 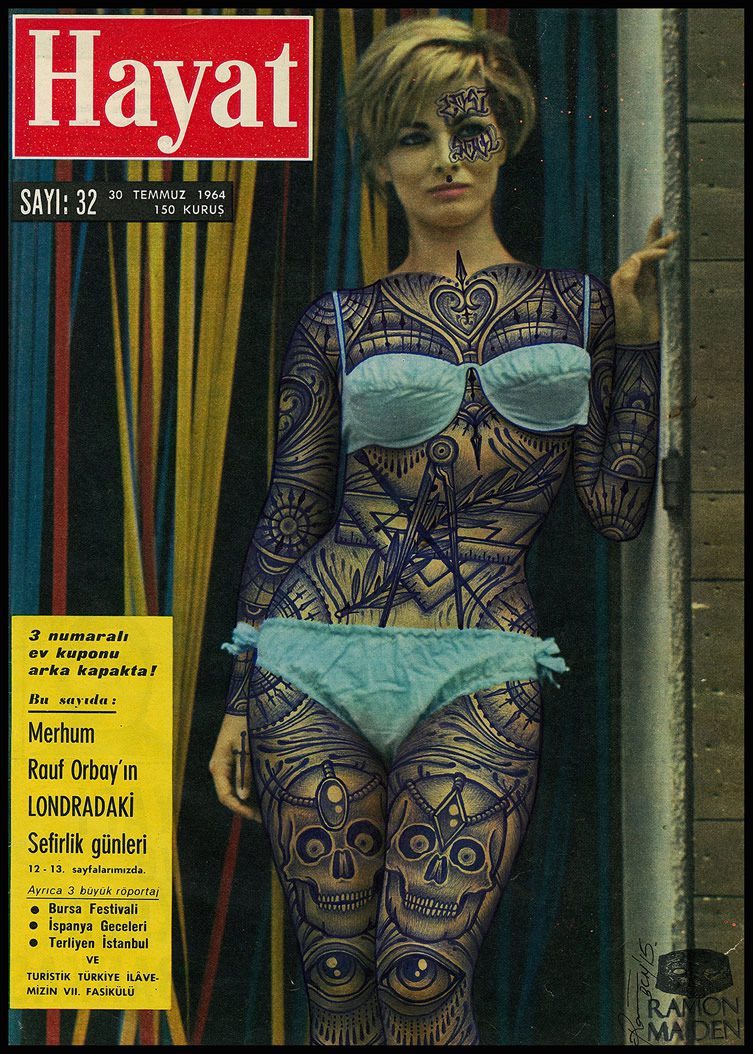 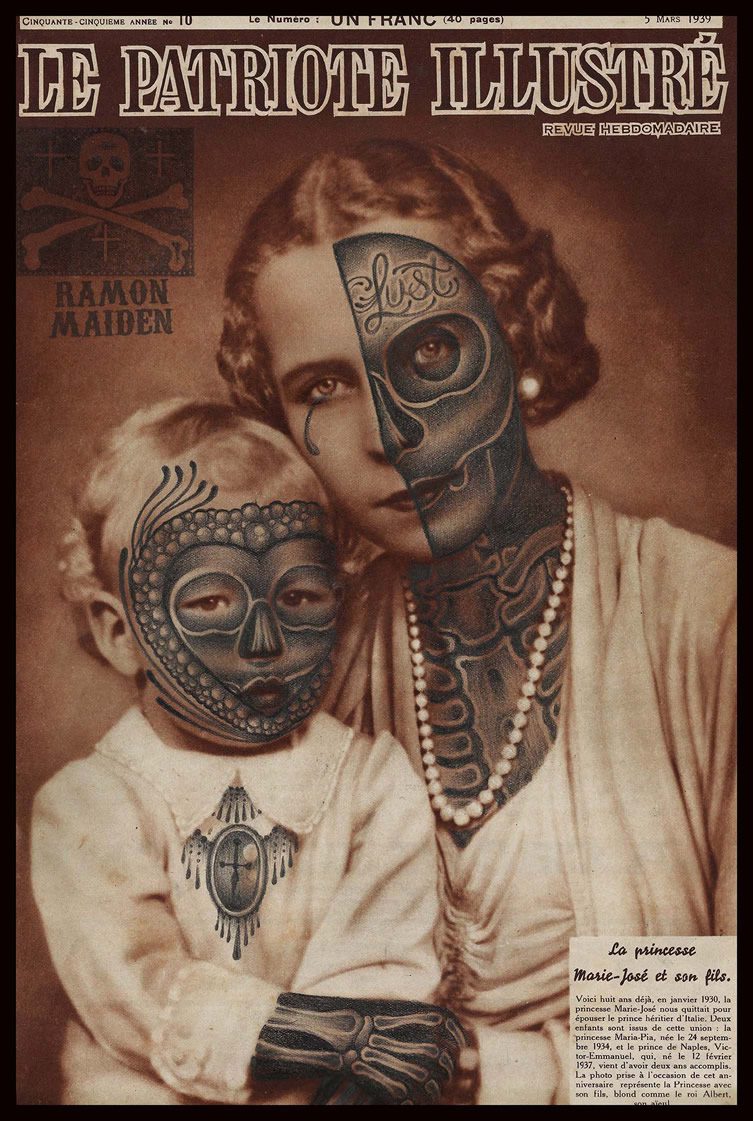 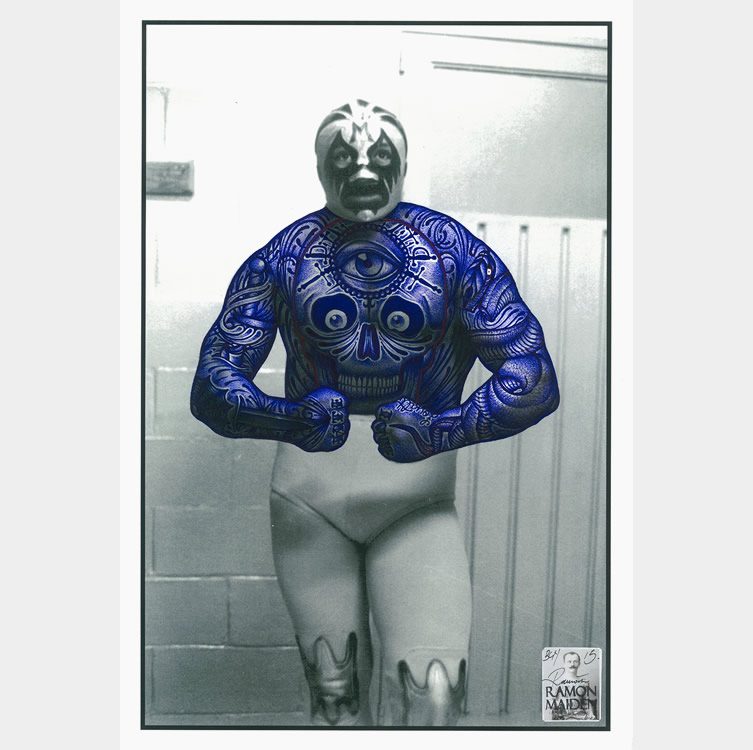 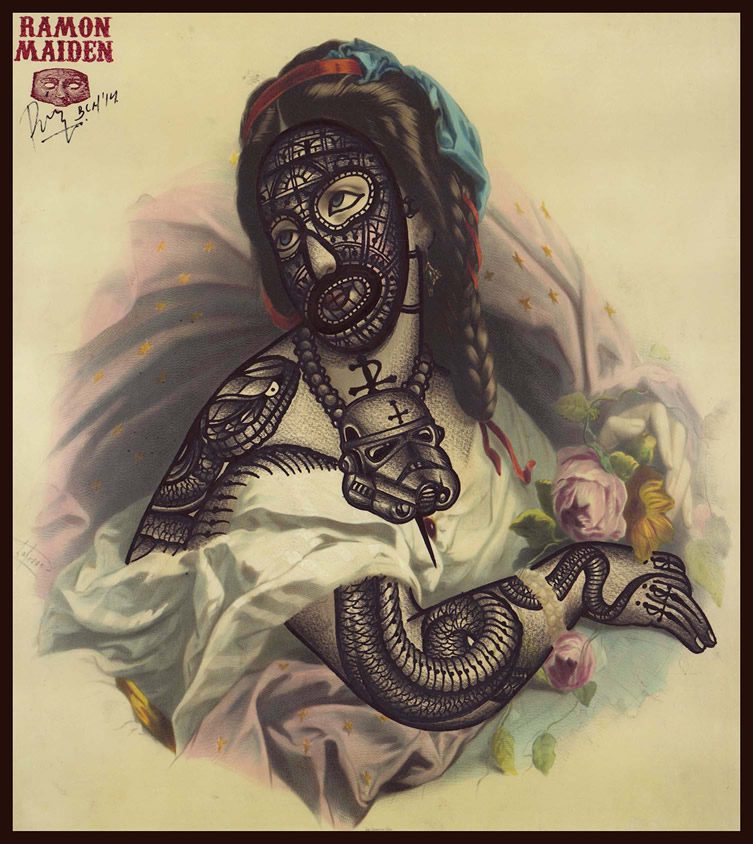 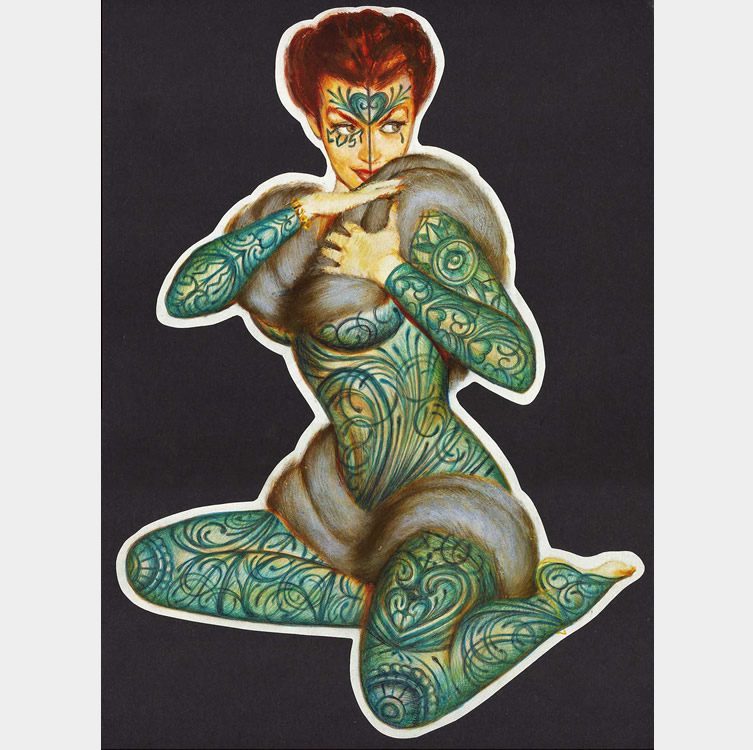