The founding, in 1915, of the Technicolor Motion Picture Corporation is rightly hailed as one of cinema’s most influential moments — only the introduction of sound has had a comparable effect on the development of filmmaking — and to mark the centenary since the American firm started up, a series of events has been organised by international film museum and publisher George Eastman House. In conjunction with an exhibition, In Glorious Technicolor, at the museum in Rochester, New York, a book has been released detailing Technicolor’s early years, charting the company’s somewhat turbulent rise from experimental production company to industry leader.

The Dawn of Technicolor 1915-1935 by James Layton and David Pierce, like all good stories, begins at the beginning with a group of engineers and technicians working in a laboratory on a rudimentary two-colour process. Although Technicolor had some early success shooting small-scale productions, the finished films were marred by technical difficulties which disappointed a brilliant group who were convinced that their ideas had the potential to succeed — and one day deliver the holy grail of full-colour filming. Under the leadership of Herbert T Kalmus, Technicolor persevered through difficult productions including Ben Hur (1925) and The Mysterious Island — a film which took a tortuous three years to make between 1926 and 1929.

Technicolor eventually found its feet with a ground-breaking three-colour process used on Disney’s 1932 animation Flowers and Trees and the live-action La Cucaracha (1934). The book is a wonderfully-illustrated cornucopia of previously unseen material including technical drawings, studio production documents and stills, and unpublished interviews and contemporary accounts from cinematographers and engineers which build a rich picture of Technicolor’s development. The exhibition continues into the studio’s glory years; films such as the seminal Wizard of Oz from 1936, the incomparable Gone with the Wind (1939), and the Bogart/Hepburn classic African Queen (1951) are now indelible parts of cinema history, thanks in large part to their colour cinematography. Visitors to George Eastman House can get a closer look at how Technicolor’s camera technology evolved with several models on display, there’s an explanation of how dyes gave the films their signature look, and there are original costumes, posters and related memorabilia to enjoy as well.

The Dawn of Technicolor 1915-1935 is available from George Eastman House Publishing; In Glorious Technicolor is on show until 26 April; an interactive exhibition is also available online. 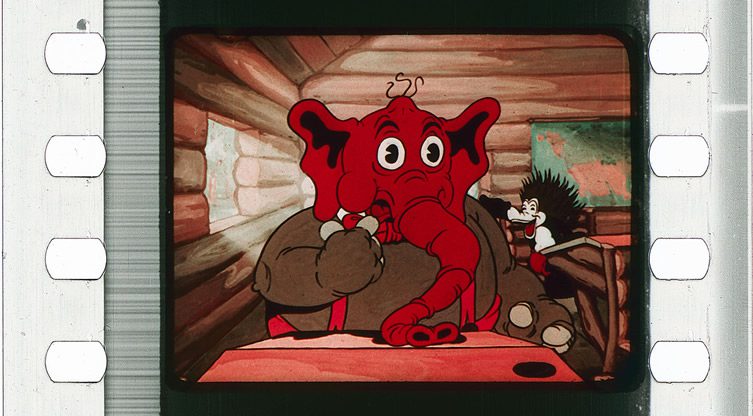 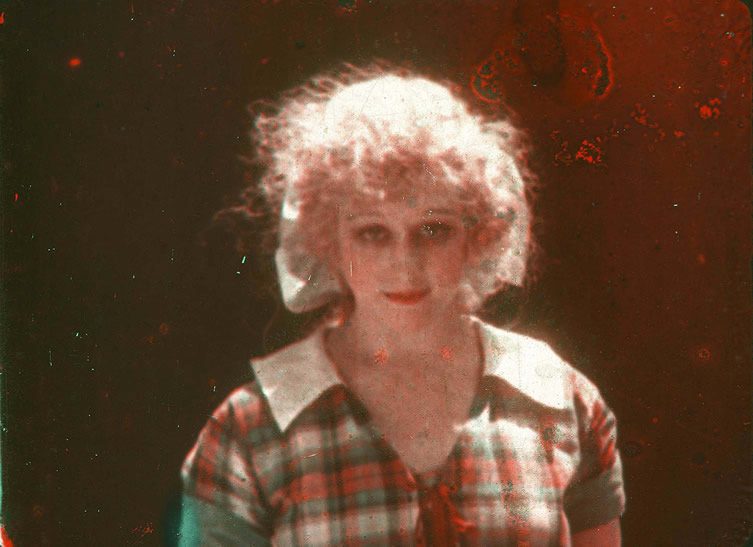 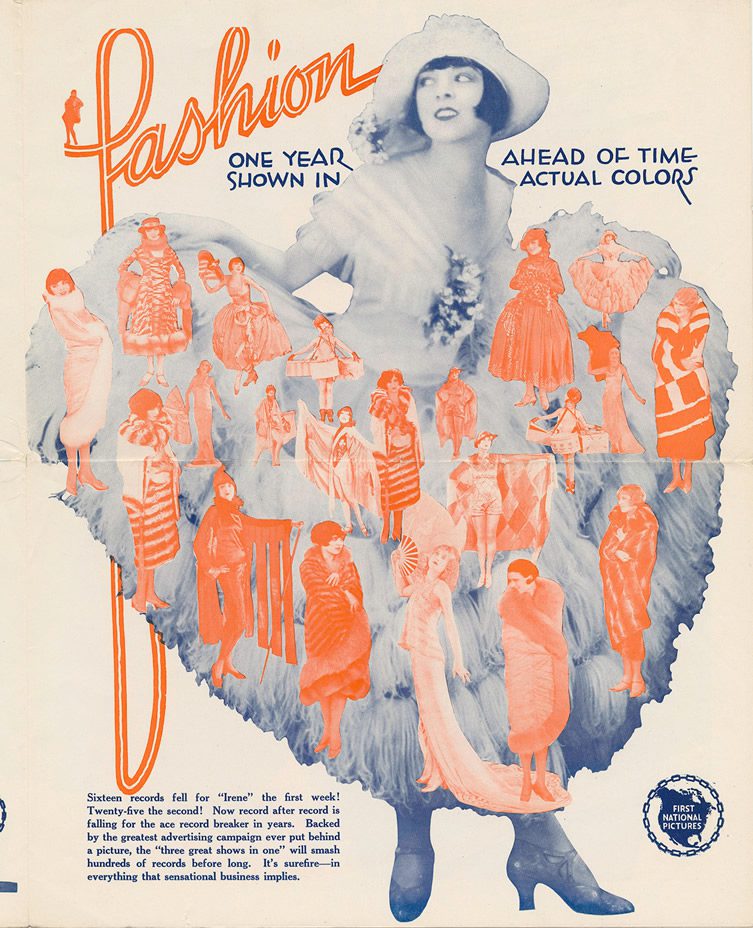 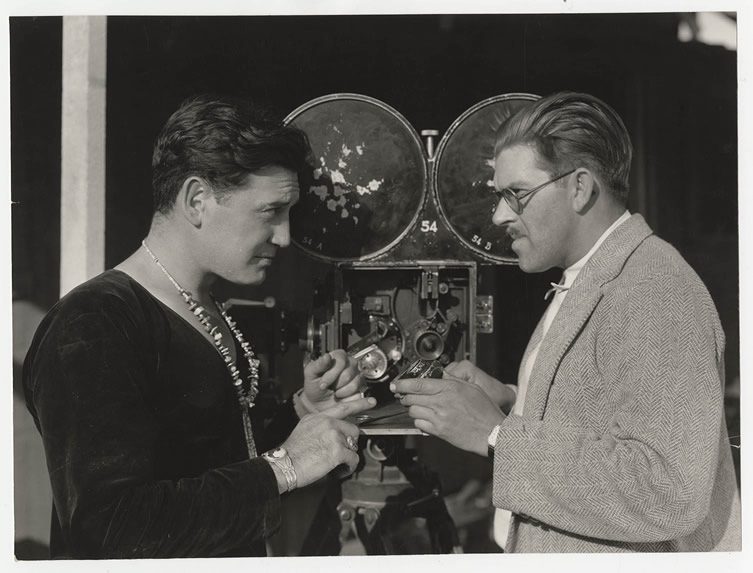 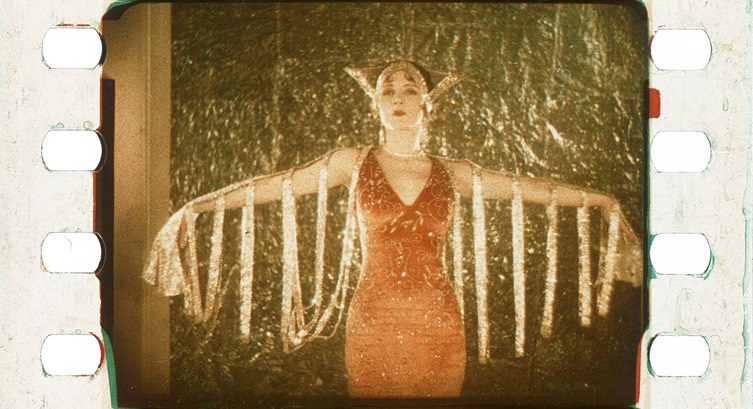 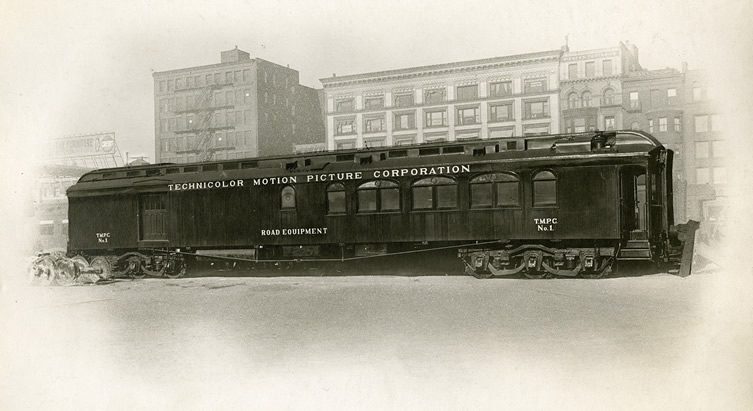 The Technicolor railroad car laboratory used for the production of The Gulf Between (Technicolor Motion Picture Corp., 1917). Photographic History Collection, Division of Culture and the Arts, National Museum of American History, Smithsonian Institution. 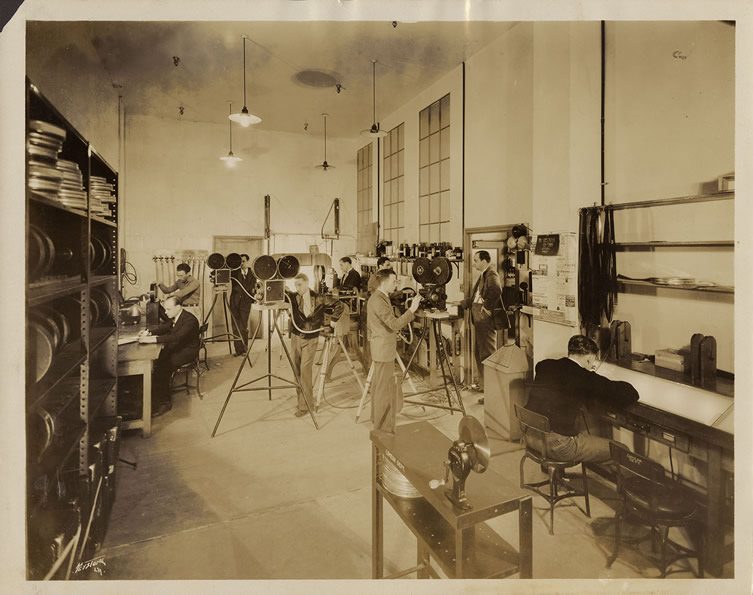 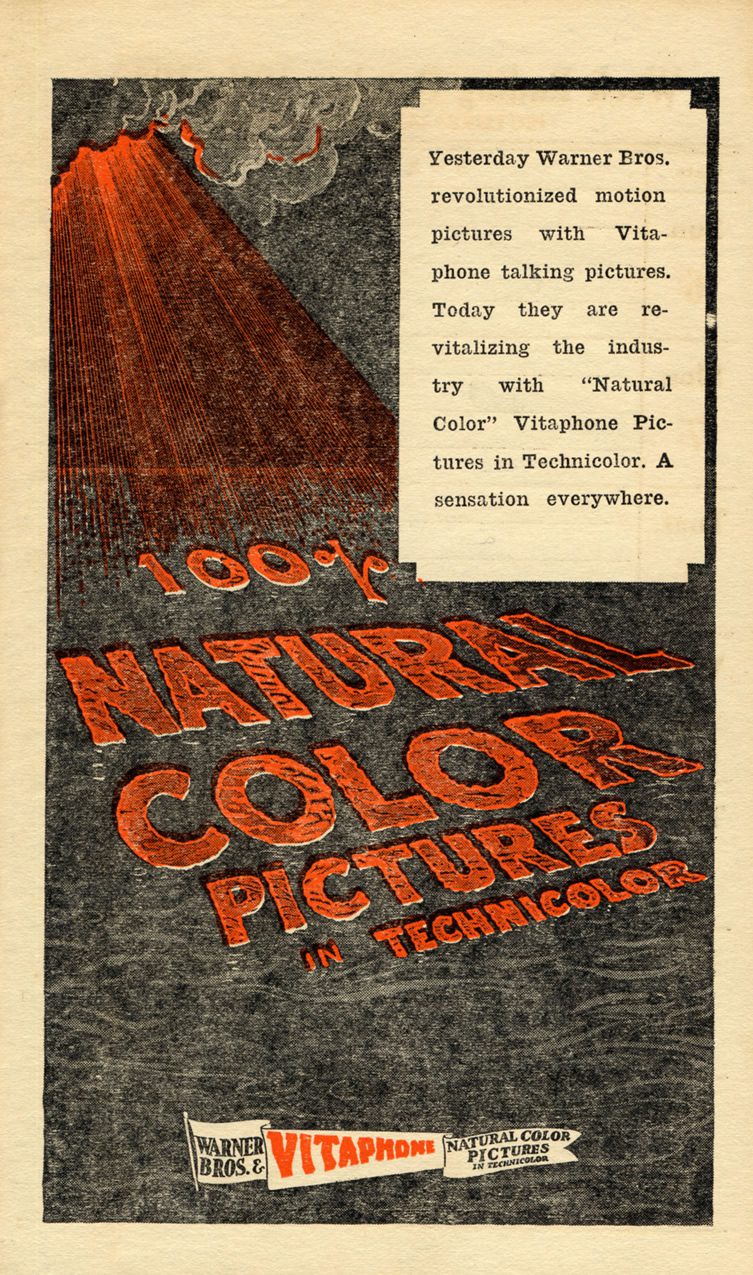 The Warner Bros./First National exhibitor’s campaign book for the 1929–30 season featured films with color and sound. Courtesy of Joe Busam. 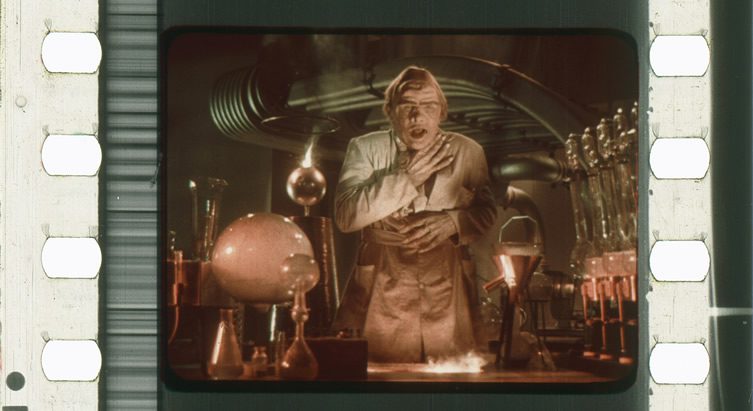 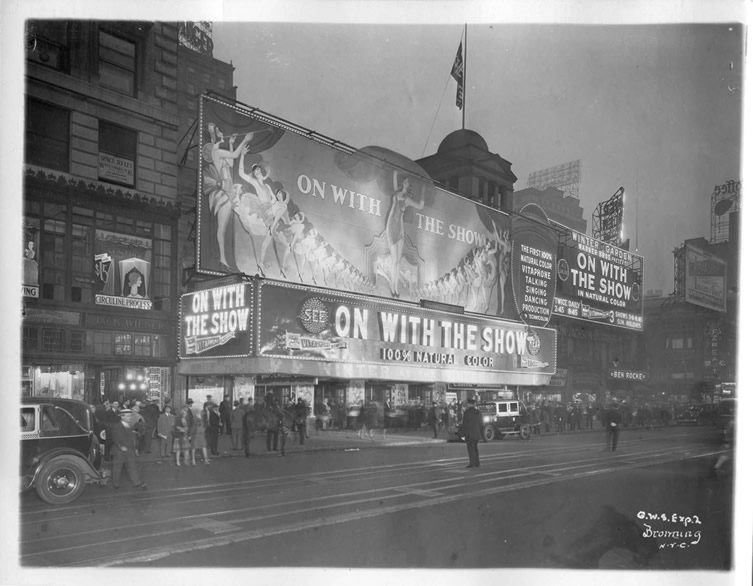 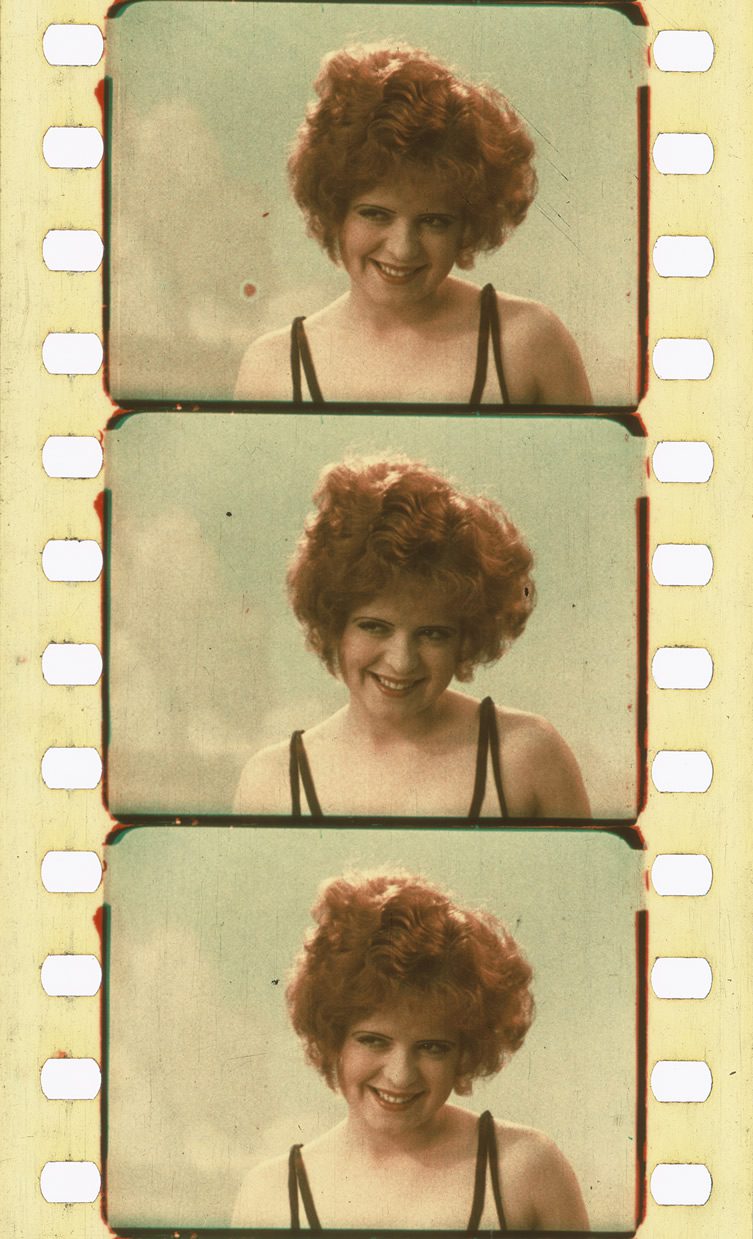 For her role in Red Hair (Paramount Famous Lasky Corp., 1928), Clara Bow’s hair was bleached and then hennaed to render it redder for the Technicolor process. 35mm nitrate Technicolor dye­transfer print. Library of Congress.