In a new book about Brisbane’s Anthony Lister, the artist coins the term Adventure Painter. While he’s probably not as swashbuckling in real life as his previous superhero creations, he doesn’t hold back with a canvas in front of him and a paintbrush in hand, delivering impressionistic portraits that regularly elicit the words “bold” and “fearless” from commentators. Lister came up through the street art scene, and this background is as evident in his current work as the classical composition and technique of the traditional fine art school.

Hurt People – Hurt People continues on from Lister’s acclaimed Unslung Heroes series; whereas the palette in the previous works was restricted to portray characters in the early morning light of after-party revellery, this time around Lister has broken out the full range of colours in both foreground and background. What remains a constant however is the signature marriage of high- and low-brow styles, seductive women with hooded eyes lounging dangerously, a voyeuristic tone struck through Lister placing the viewer behind his subject, or in the cheap seats for a pole dancing show. Lazarides Rathbone is showing Hurt People – Hurt People until 20 December. 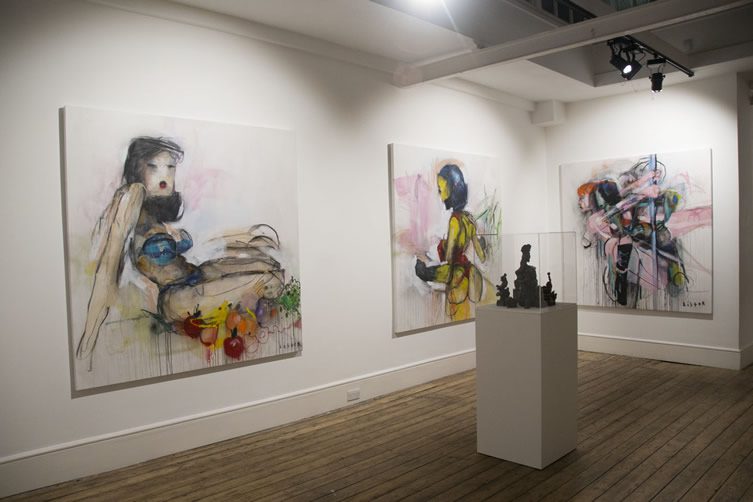 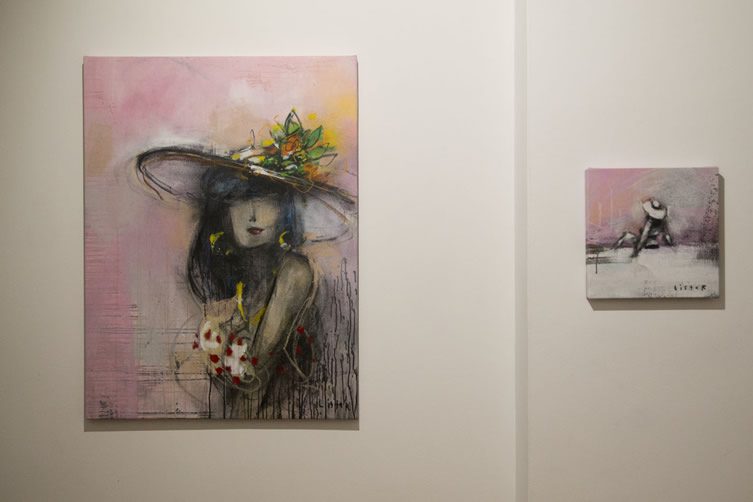 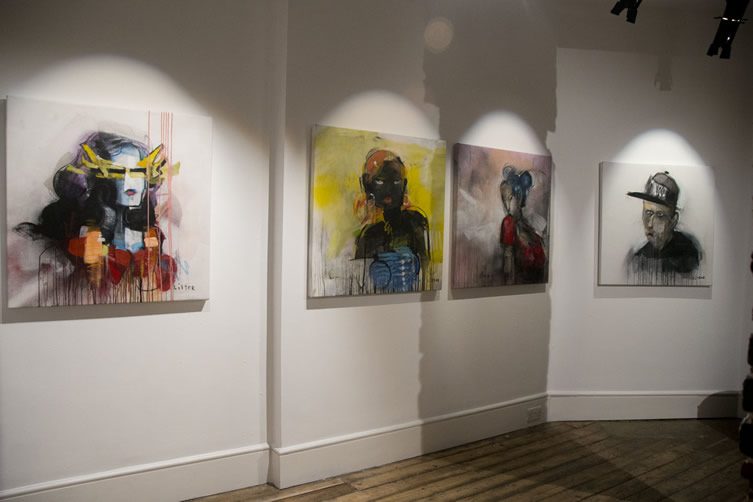 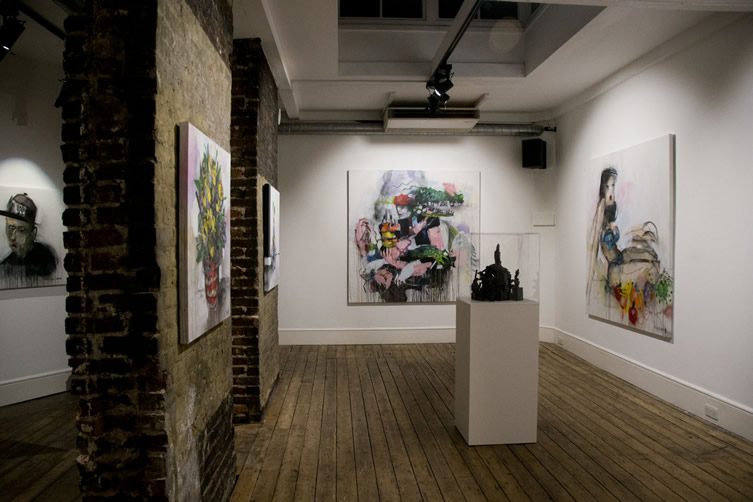 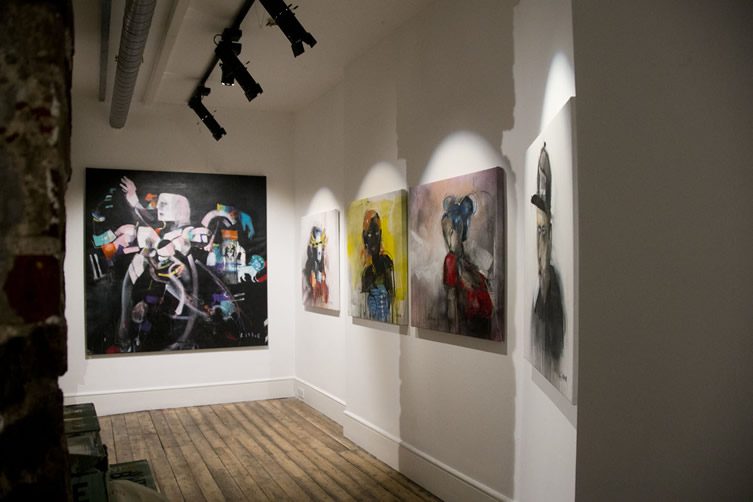 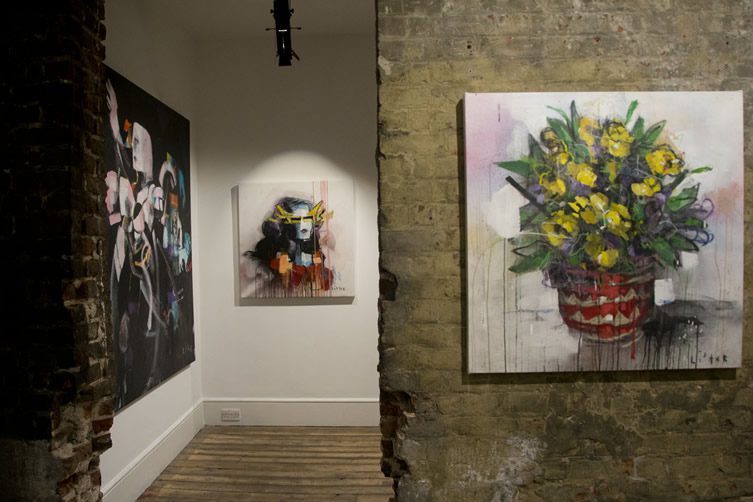 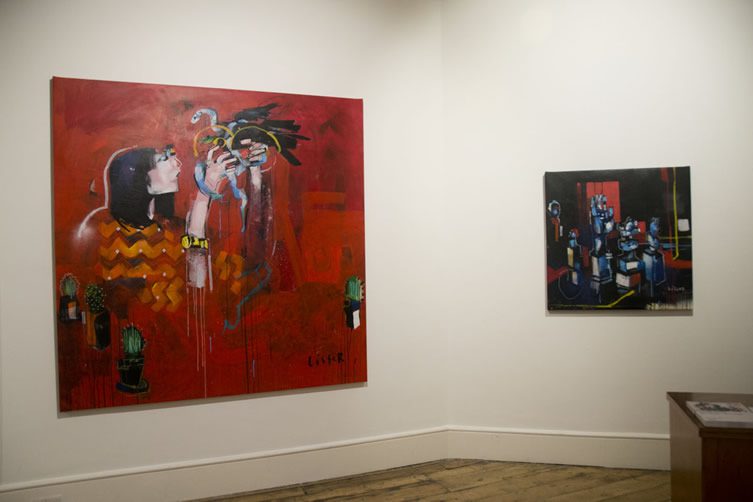 Courtesy, the artist and Lazarides Gallery