The mysterious figures standing motionless in the face of the desert wind could be characters from the next Star Wars film. JJ Abrams has no need to worry though, as these photographs are not leaked production stills from the movies Arabian desert set, but a series by Max Siedentopf taken in the ancient Namib sands of his homeland. The artist, who currently lives and works in Amsterdam after stints in Berlin and Los Angeles, regularly returns to Namibia and recognised the barren wastelands as the perfect backdrop to the visual tales he tells in Apparitions. The collection’s startling characters get their alien look from the amazing mask creations of Italian artist Aldo Lanzini.

As soon as Max saw Aldo’s outlandish crochet creations, stories started suggesting themselves and he knew that the raw beauty of the Namib, as well as its slightly surreal landscape, was a natural fit. The masked figures, swathed in patterned fabric, appear as if members of an ancient tribe, at home in the unforgiving environment after generations of survival. They are, however, merely visions – mirages conjured by the confused mind in the face of such a never-ending emptiness. 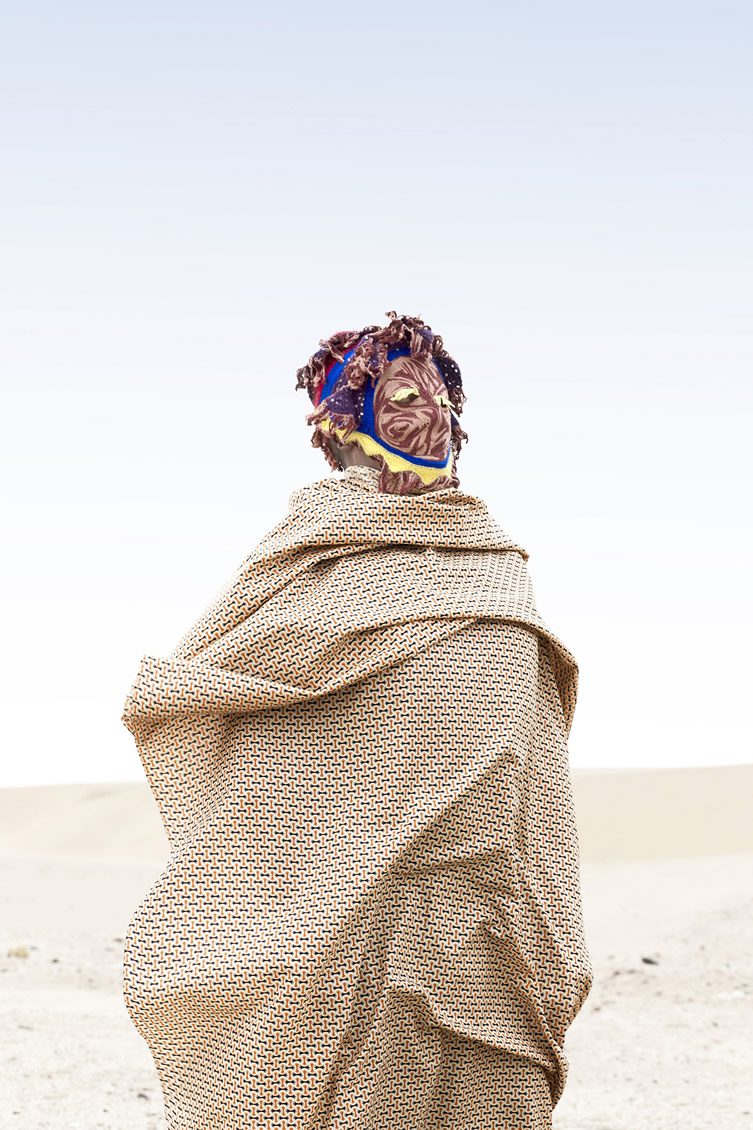 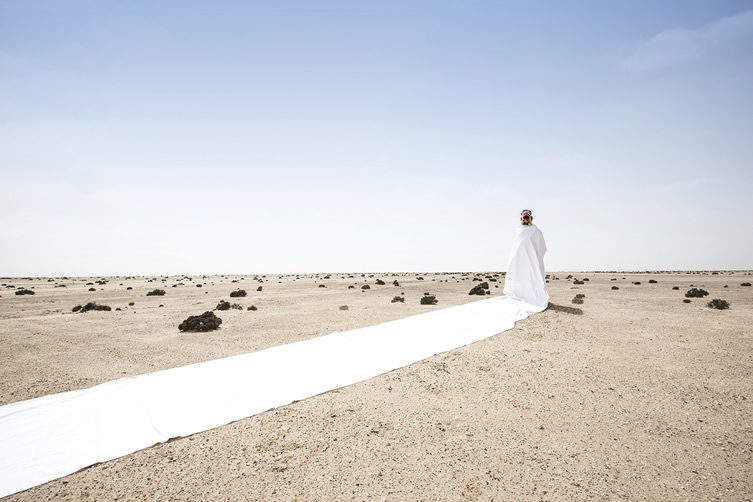 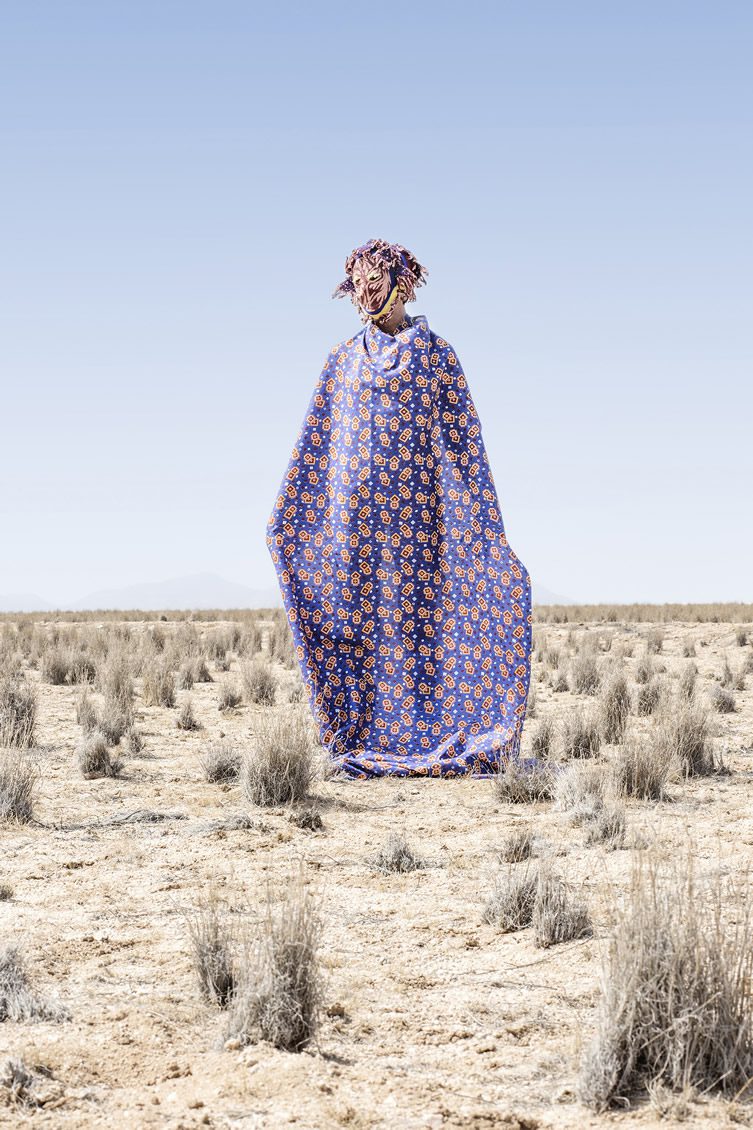 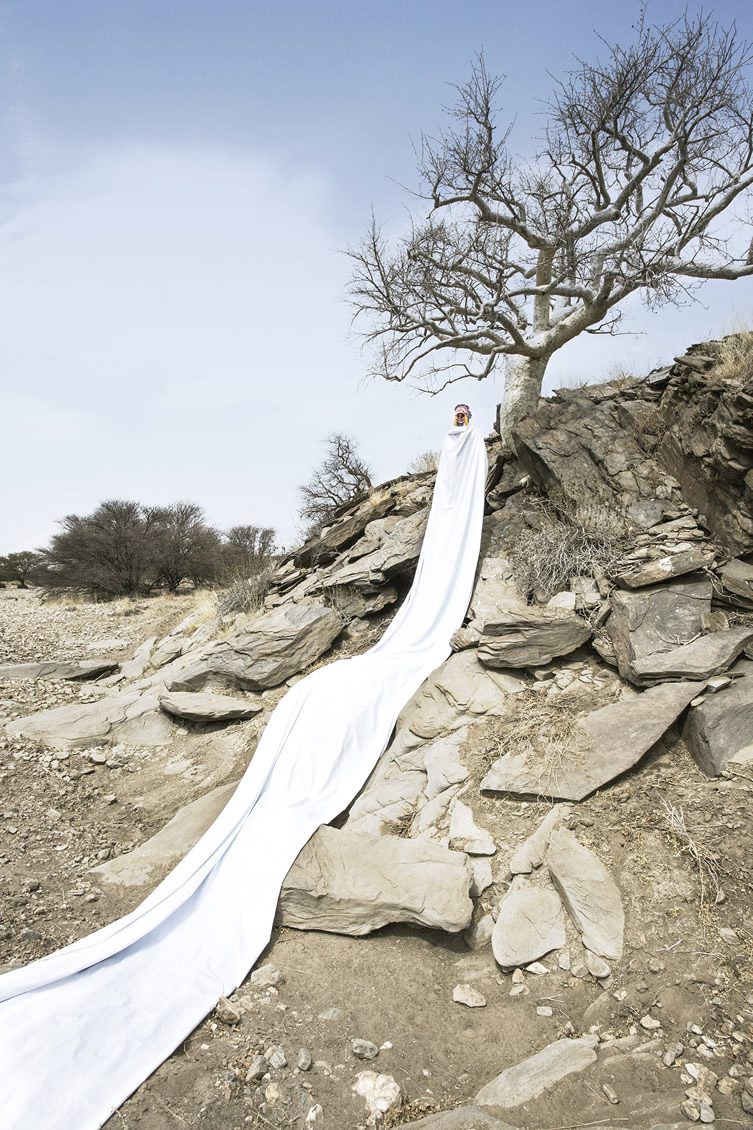 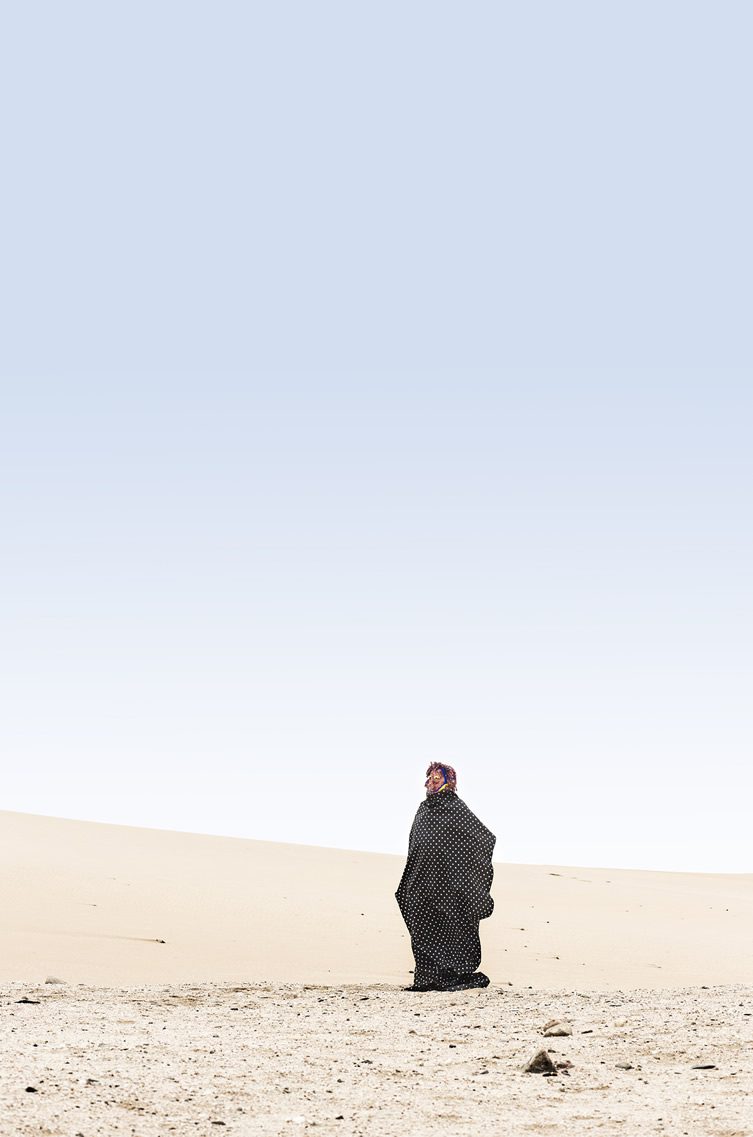 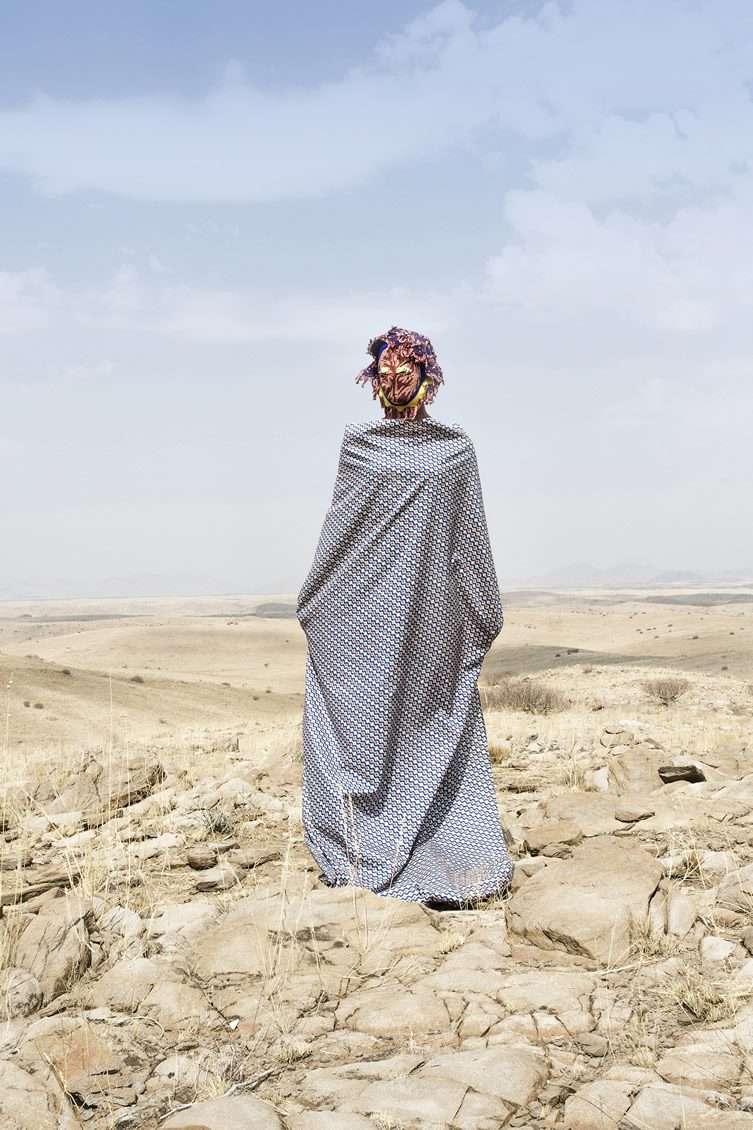