Legend has it (for the Greeks like their legends) that the island of Santorini was born of a miracle. When Jason and his Argonauts stopped off on a nearby isle on their way home, one of their ranks named Euphemus had a sexy sex dream that he had made love to a beautiful nymph who then became pregnant. She asked Euphemus to cast a lump of earth into the sea, so she could hide on it and give birth in secret. He must have been a strong lad, for he lobbed a clod sizeable enough to give rise to the island of Santorini, known classically as Thera.

Back in the real world, scientists think Santorini was more likely the result of a volcanic eruption. This origin story is clearly borne out by the amazing rock formations, but there’s also a certain air of mystery and magic about the place – especially on the lesser-travelled eastern side of the island. Petros Koublis has recently completed a commission to photograph that part of Santorini for the island’s luxury hotel and resort Vedema. Evoking a wild, untamed spirit of adventure and natural beauty, Koublis’s collection of around 100 images now hang in the rooms of the Vedema hotel. Those who like their landscapes with a side of ethereal will be suitably impressed. 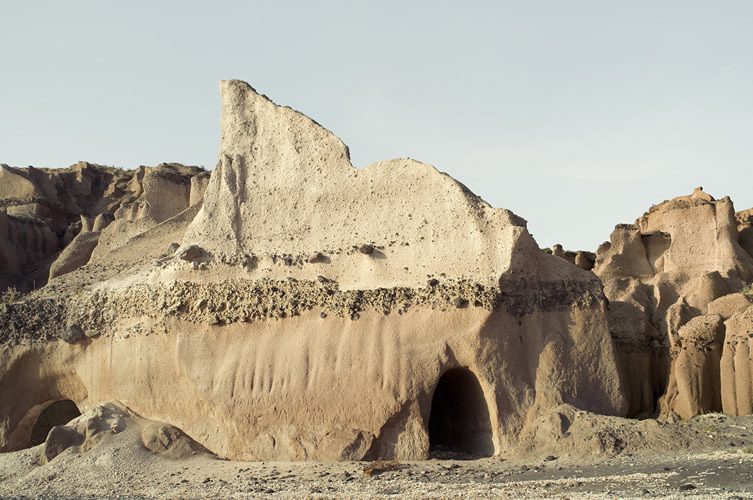 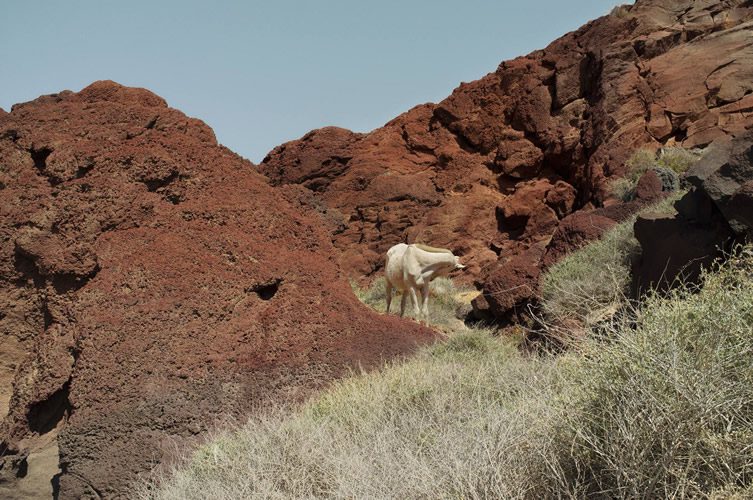 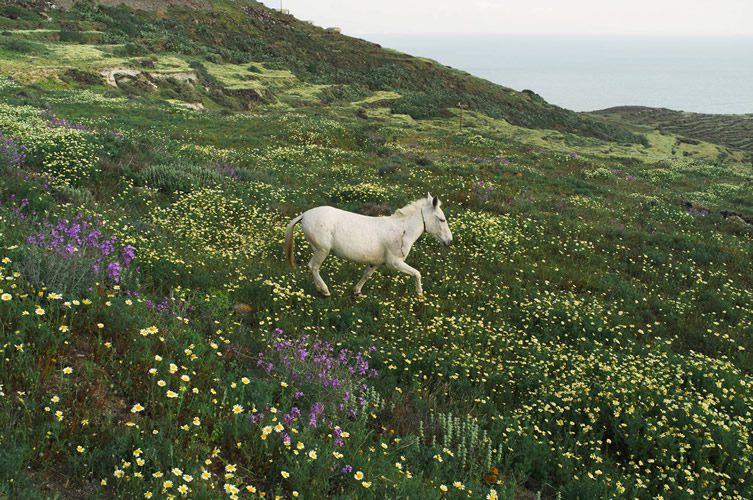 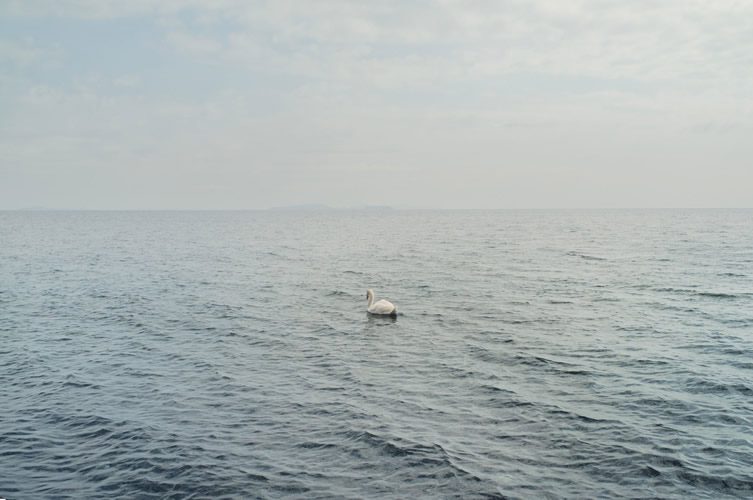 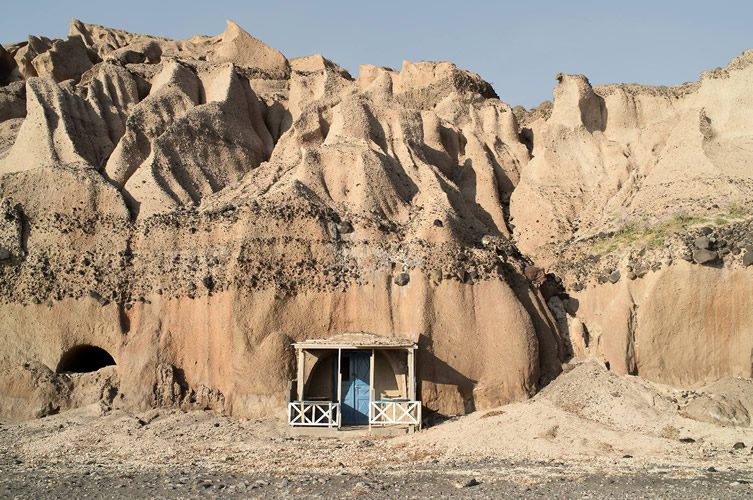 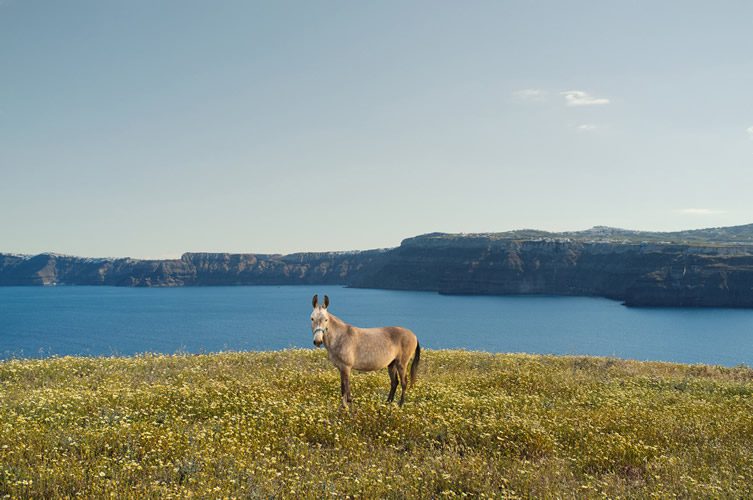 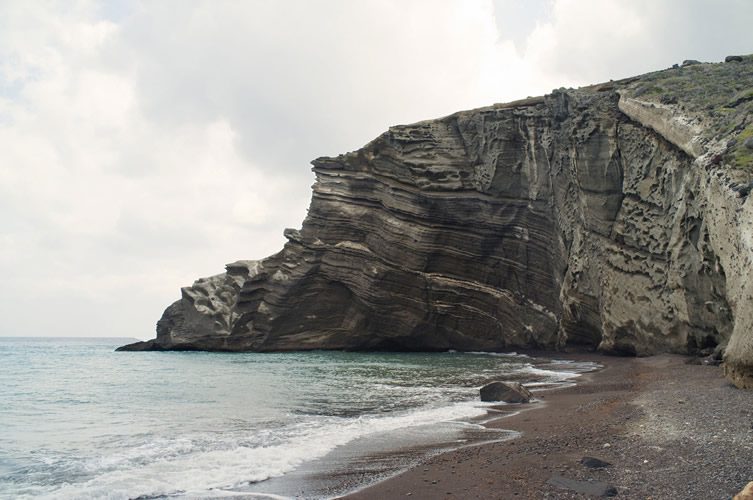 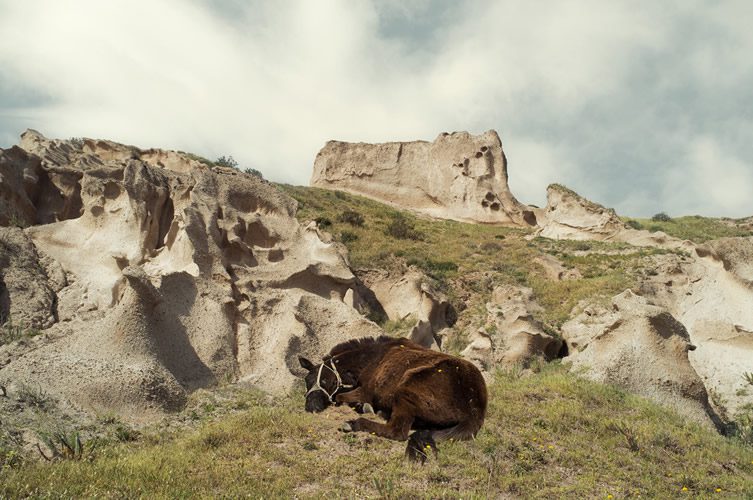 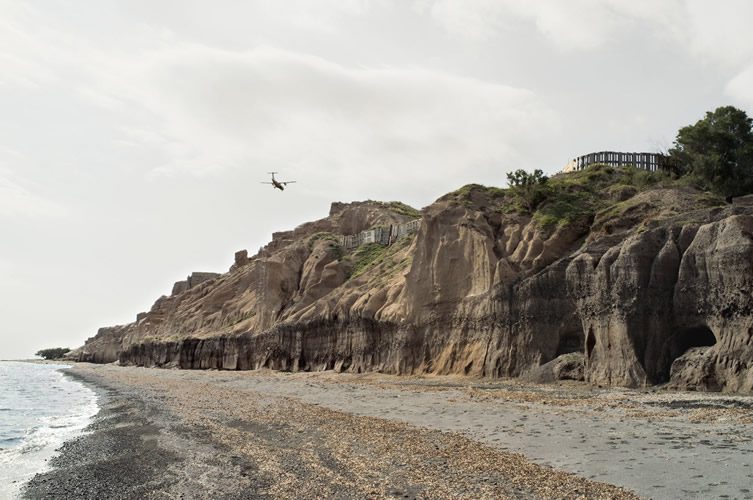 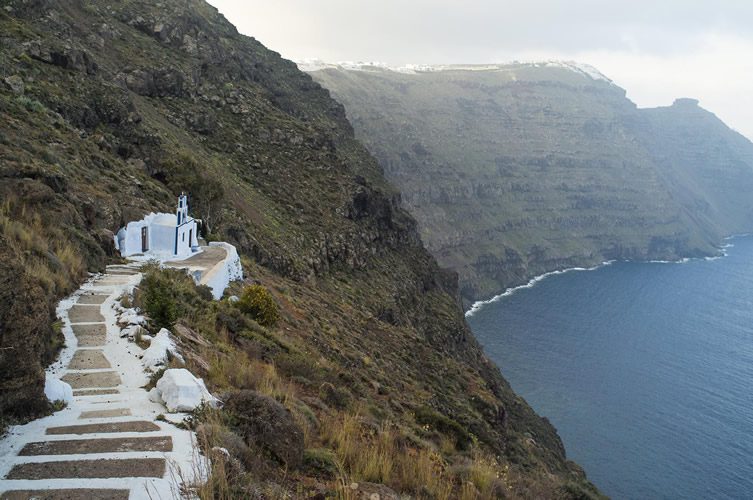 It's little after 08.00 and I'm being led to the beach, a salt-baked pineapple welcome drink beginning to revive my senses following a lengthy journey. Passing the hotel's open-sided restaurant bustling with breakfast guests, we reach white sands...