We don’t normally like to bring people’s mothers into things, but in the case of James Reka and his latest art collection, we don’t think he’ll mind. Mrs Reka is a former dancer and once performed with the Russian ballet, and son James obviously shares a fascination with movement which is very much evident in his latest series Trip the Light. Named after poet John Milton’s descriptive dancing phrase “trip the light fantastic”, the collection of abstracted figures in motion conveys a balletic elegance mixed with a grimy quality picked up on the streets of his native Melbourne and developed in the backstreet clubs of his current home, Berlin.

Now dividing his art between the streets and the studio, Reka began his artistic journey designing logos. He has since evolved his graphics into a style that can be seen on the streets of three continents. For Trip the Light, Reka continues his experimentation with found objects, recycling spraycans picked up scavenging in Berlin warehouses and painting on multi-media canvases purposely textured to replicate urban surfaces. His dynamic collection is now performing at London’s StolenSpace; closing date is 4 October. You can also catch some new Reka mural work on Chance Street, Shoreditch. 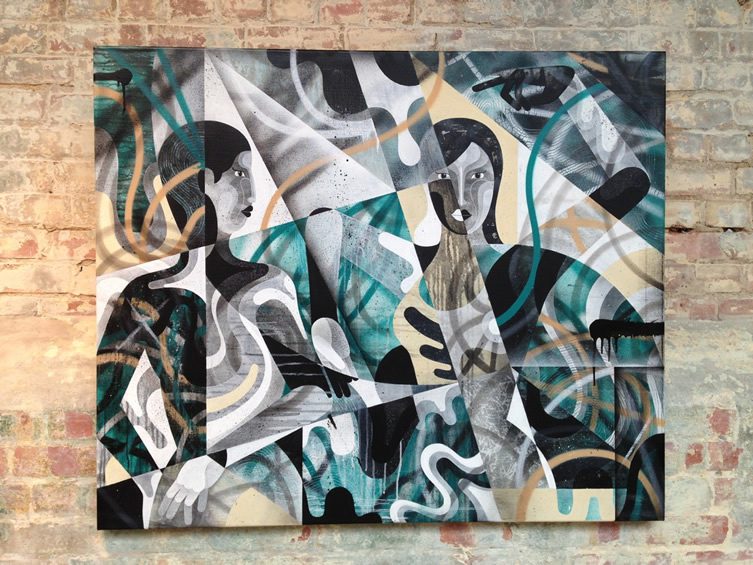 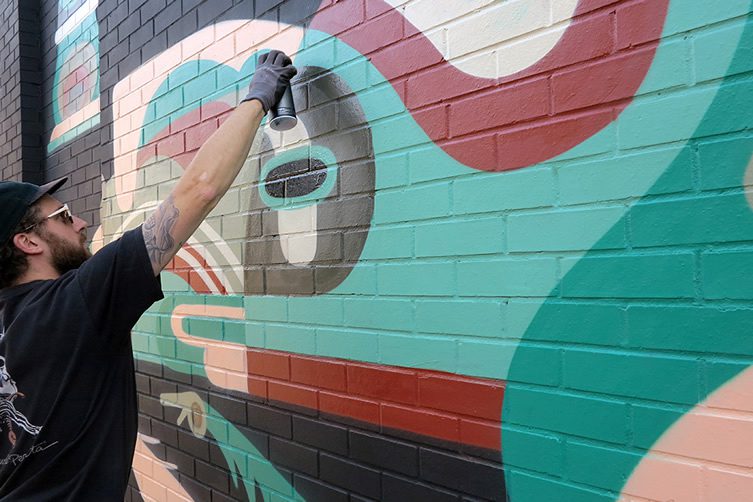 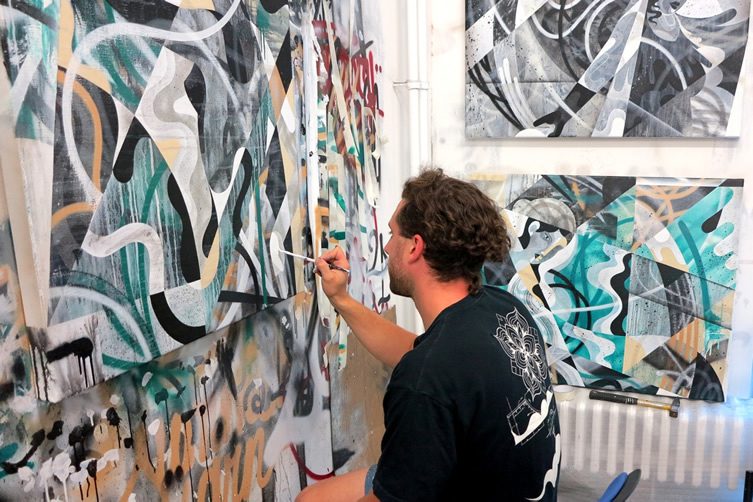 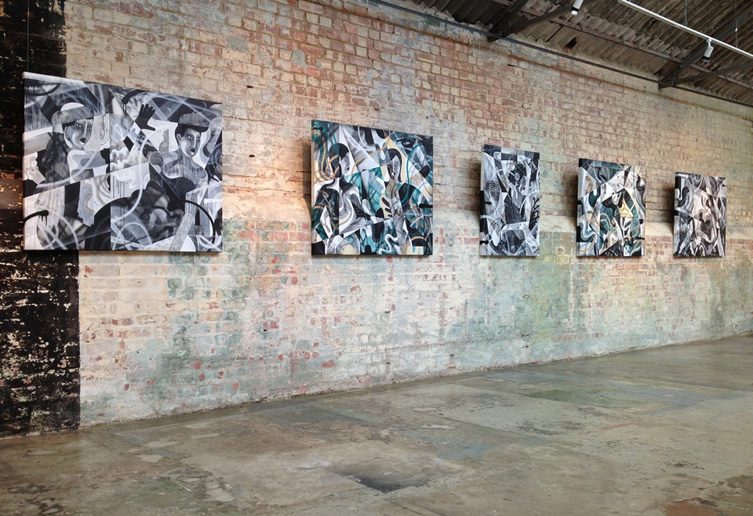 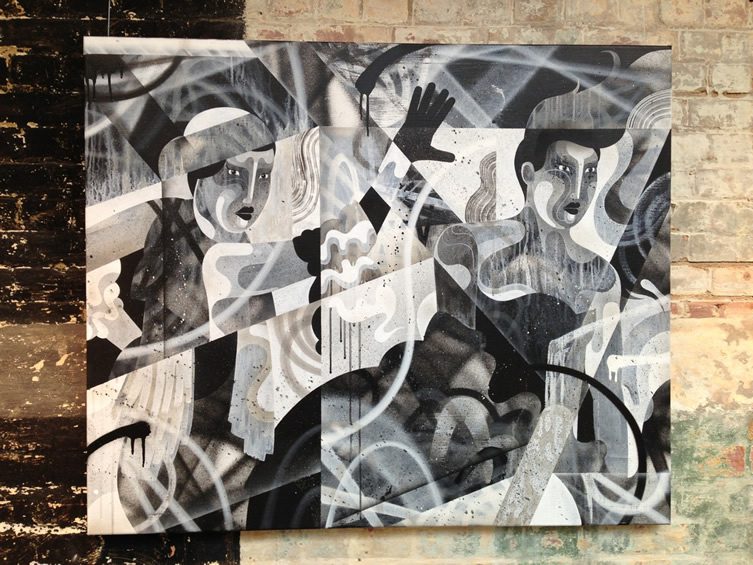 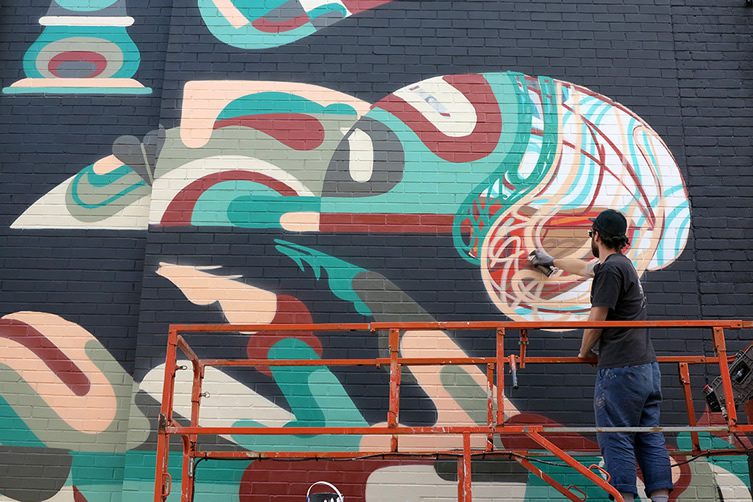 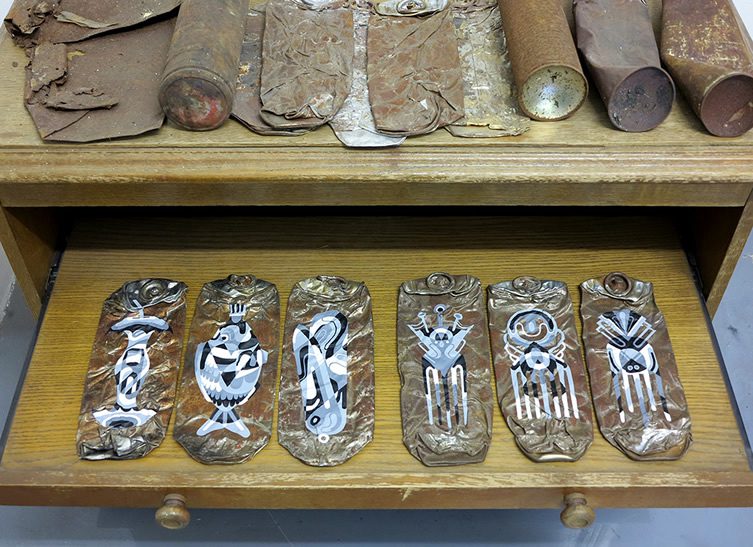 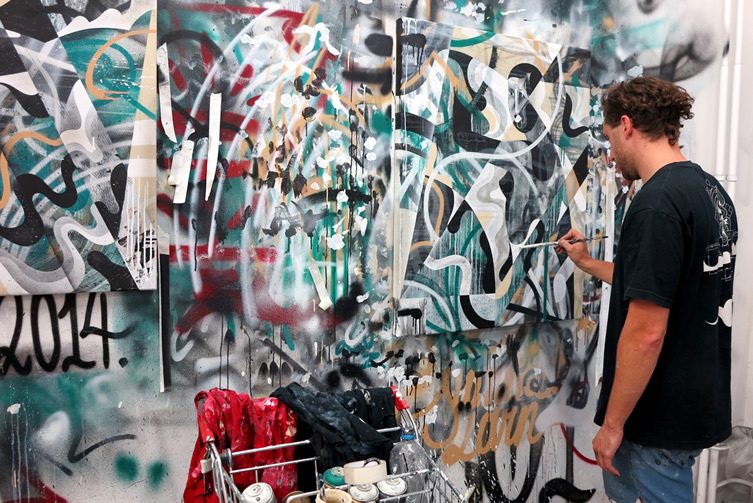 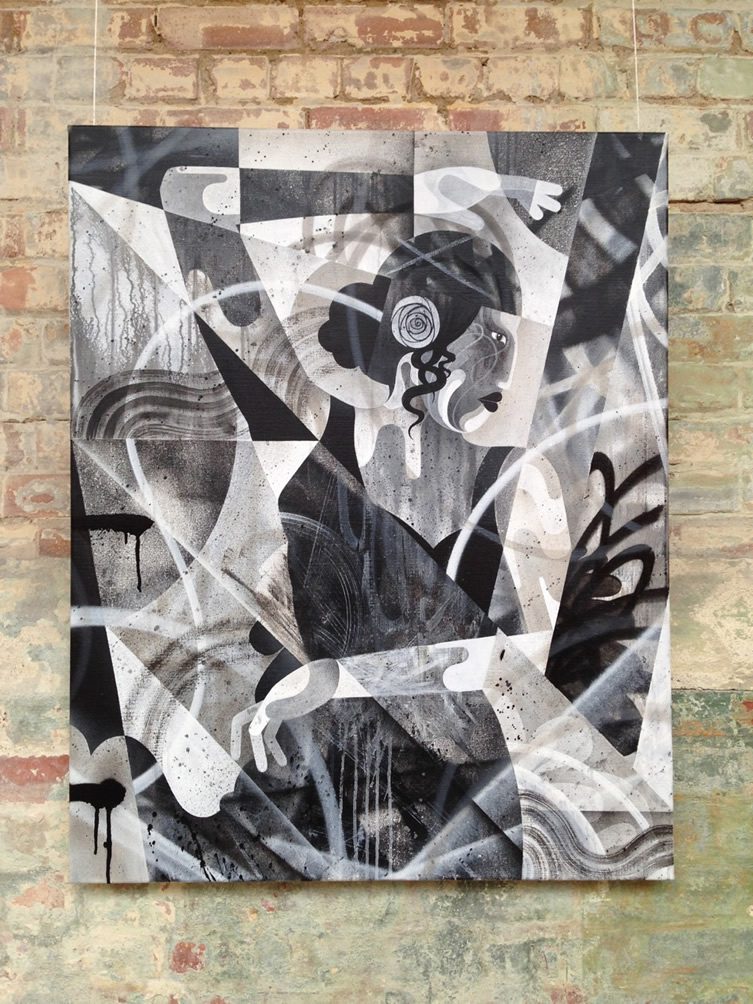 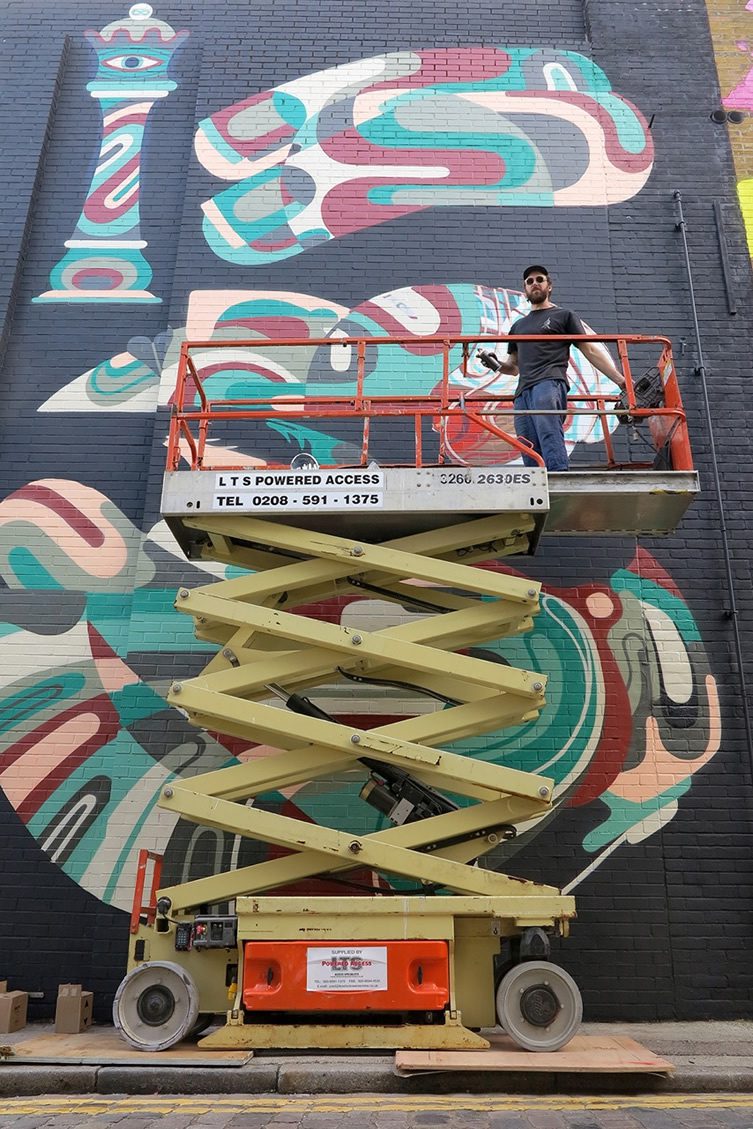