“Small boys in the park, jumpers for goalposts. Rush goalie. Two at the back, three in the middle, four up front, one’s gone home for his tea. Beans on toast? Possibly, don’t quote me on that. Marvellous.” The Fast Show’s Ron Manager there, describing the typical British childhood football education. Unless you grew up in a city, and then the arena would more likely be a car park behind some shops, or the courtyard of a tower block. Once again Brazil – the country who smilingly accepted the game of football from the British, then spent the next 100 years beating us over the head with it, still smiling all the time – shows us how it’s really done.

These football grounds on the outskirts of São Paulo have been photographed by Renato Stockler, who hung out of a helicopter for his series: Terrão de Cima (Ground from Above). Never mind jumpers, some of these pitches have actual goalpoasts – they are a mixture of amateur club grounds and public spaces that have been appropriated with the addition of some white paint or a bit of chalk. Needless to say, most of them are under threat from property developers as the huge Brazilian economy continues to power on, but you’d imagine the football-mad citizens of the favelas putting up one hell of a fight before they let the bulldozers anywhere near them. 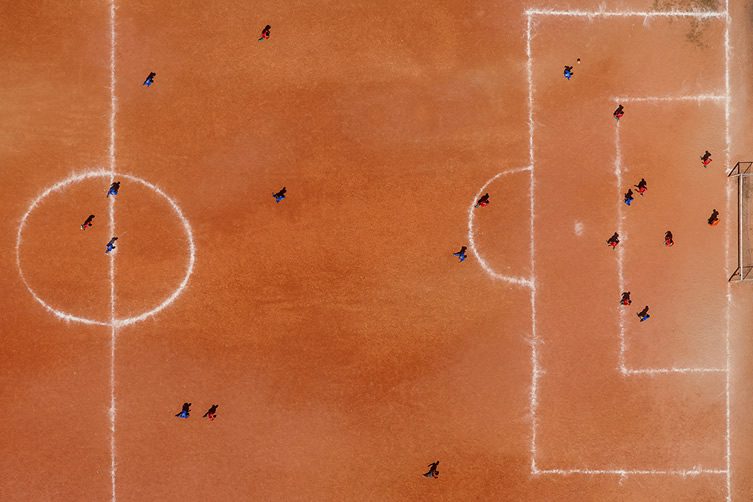 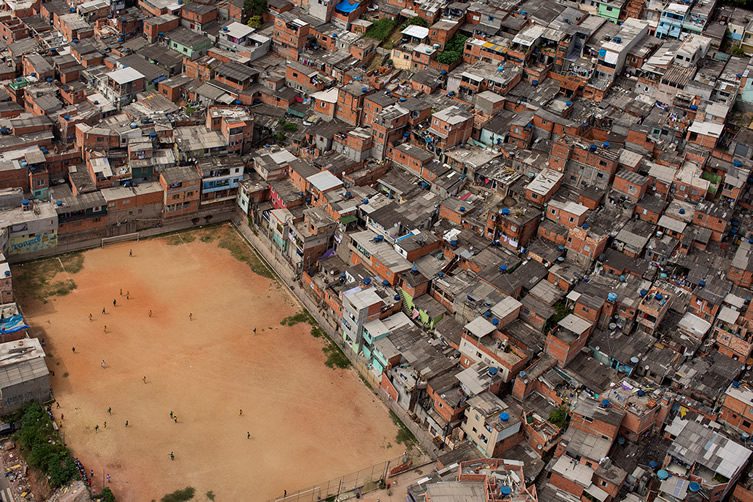 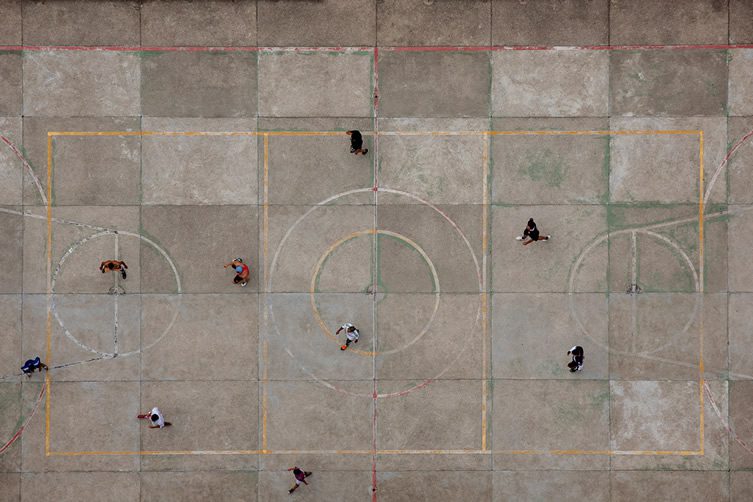 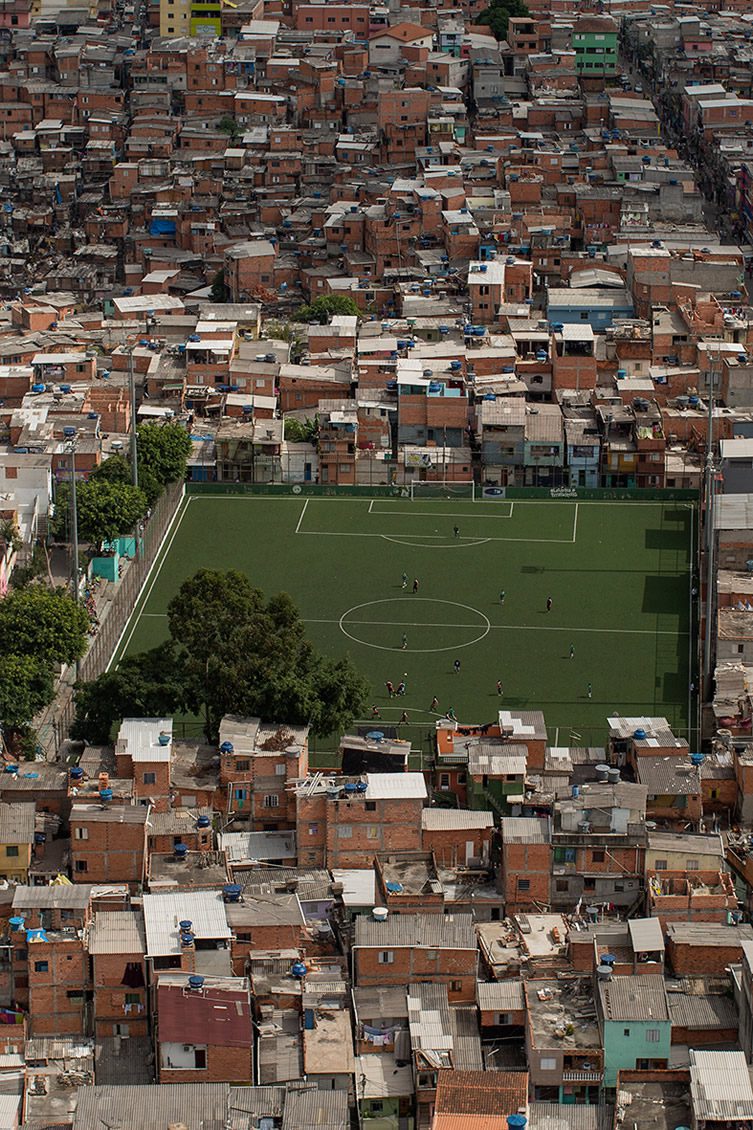 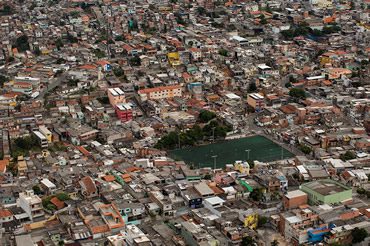 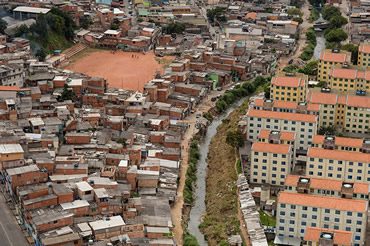 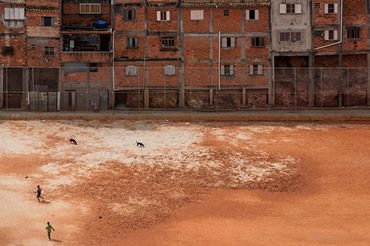 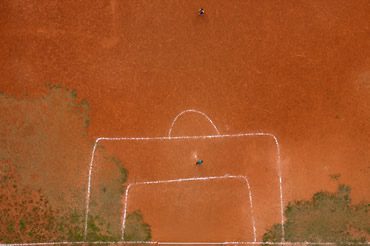 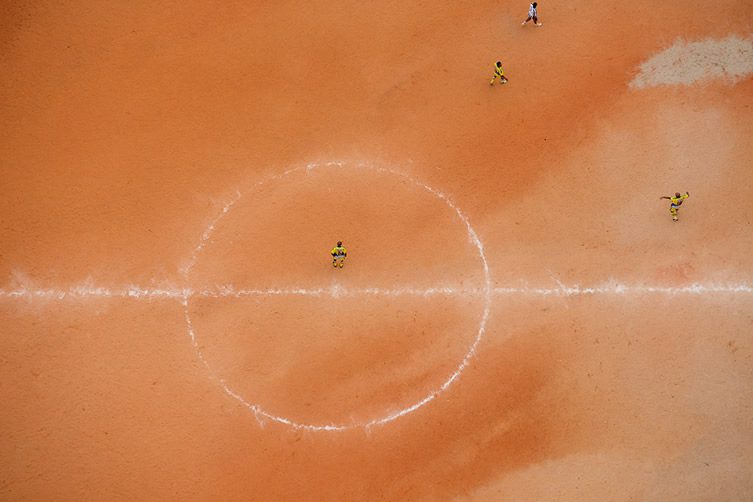 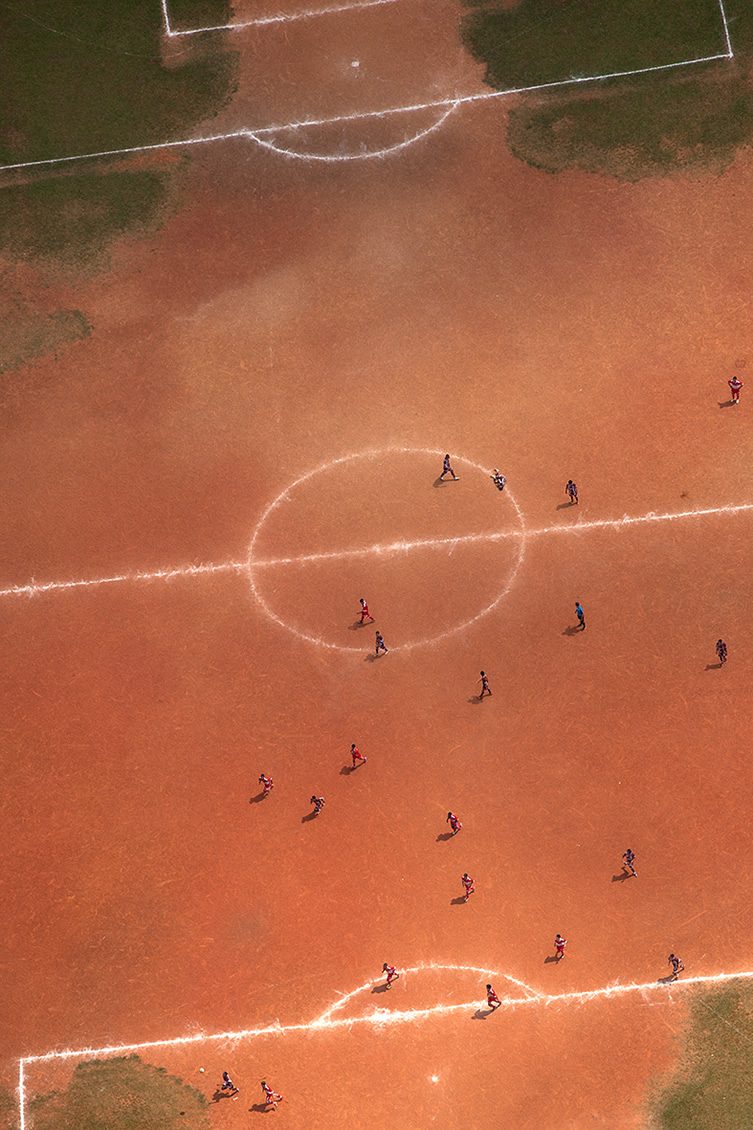