If “Interactive” isn’t Paweł Althamer’s middle name, it should be. The Polish sculptor is currently the subject of a survey at the New Museum, New York, and his projects are seen to be as much social collaborative experiments as works of art.

The exhibition as a whole is called The Neighbours, for Althamer’s real-life neighbours, as well as friends, family, and self-portraits, feature heavily in his sculpture which look at the artist’s network of human interaction. Passers-by find themselves becoming involved with his art too; the spooky grey sci-fi/anatomy figures have faces cast from members of the public during a visit to Venice. One of the other major exhibits of this three floor show is Draftsmen’s Congress, which will fill the blank white walls and wigwam centrepiece of the fourth floor with scribblings from museum visitors and over 70 invited community organisations – you can see a completed version from the 2012 Berlin Biennial below. Althamer has also arranged for around 50 street musicians to play at the venue during the exhibition, subtly altering the museum experience.

Aside from the exhibition, Althamer is using the event’s profile and facilities to initiate a charitable drive, as he has often done in the past. In New York, he has set up a coat drive to benefit Bowery Mission – an organisation neighbouring the New Museum. New or “gently used” men’s coats will be gratefully accepted for the duration of the show and will earn free entry. Closing date is 13 April. 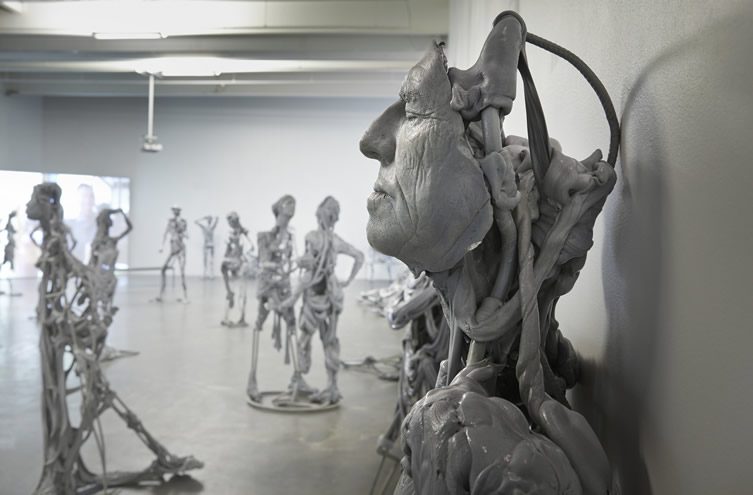 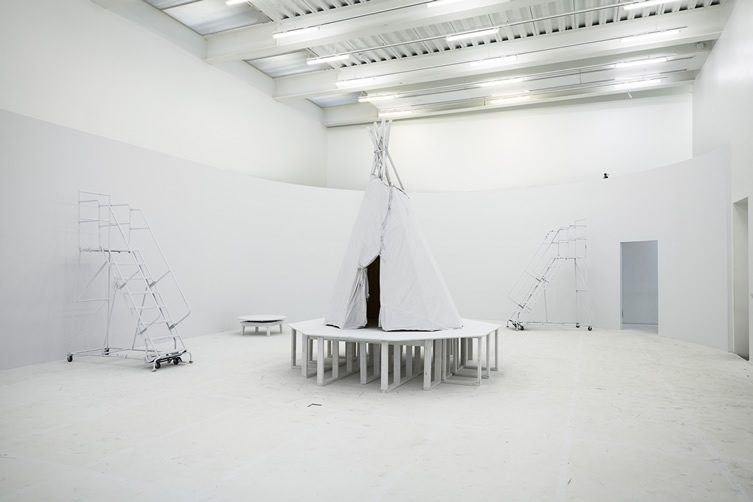 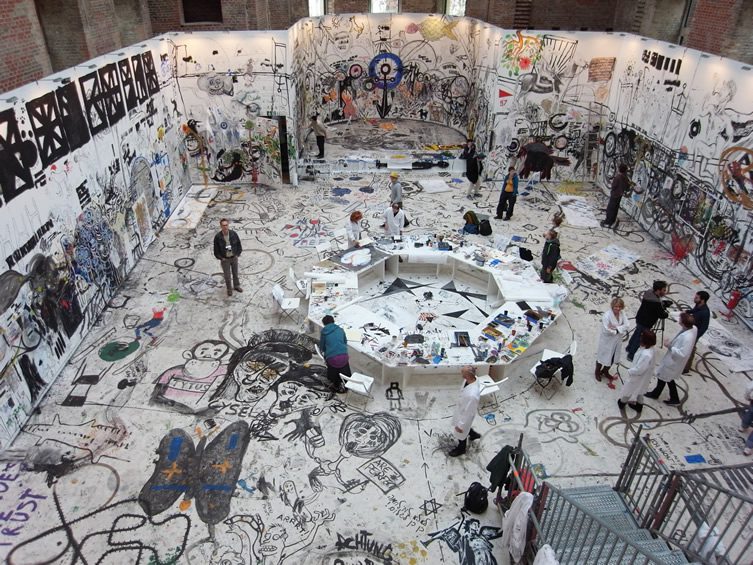 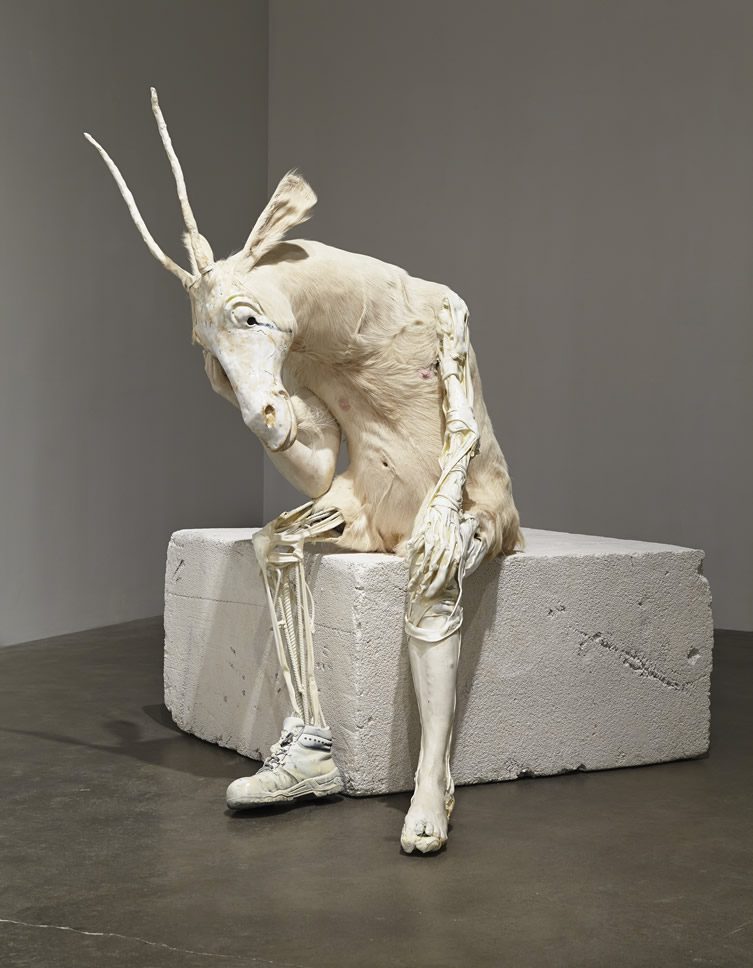 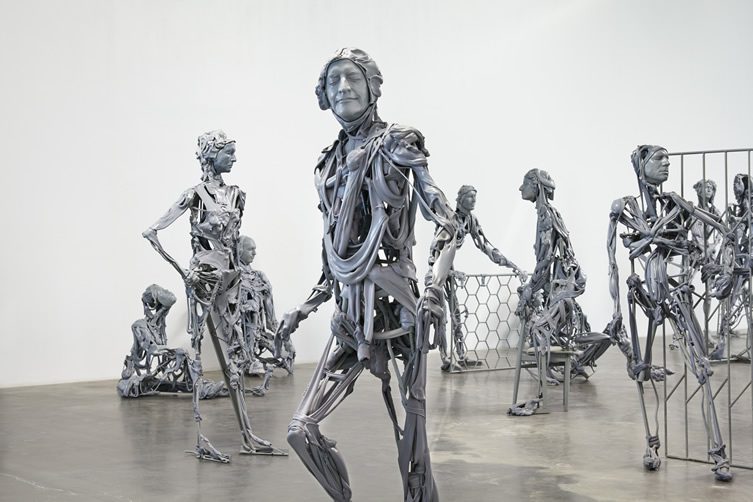 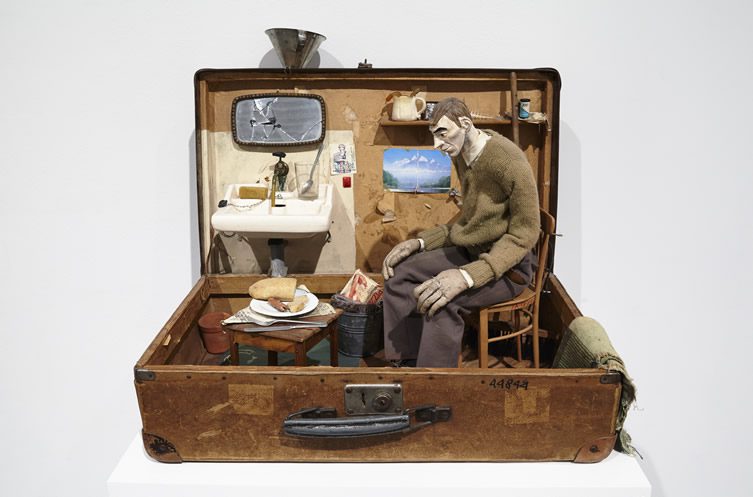 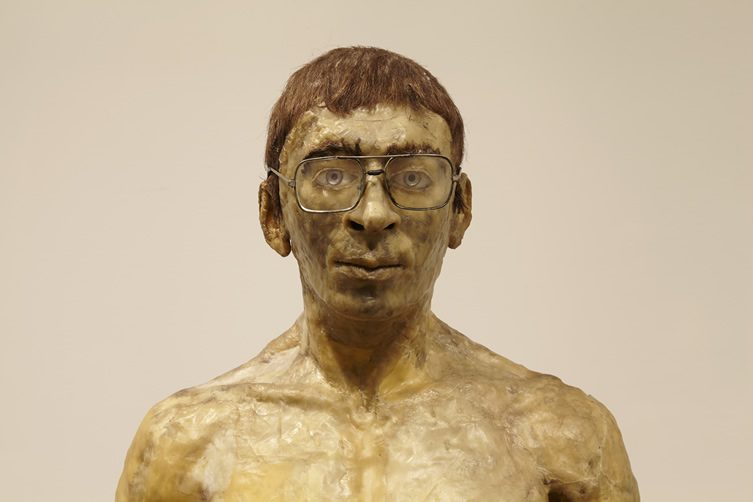