You can keep your laser printers, churning out reams of identical, perfect but ultimately forgettable jobs. This is what it’s all about – the Great British craftsman doing things the old fashioned way and proving that you really do get out what you put in. Stephen Perrott is the third generation of die stamp printers; the current family workshop in Islington has been whirring and clanking with the sound of machinery since 1971, but Perrott Bespoke Printing first made its mark in the 1920s.

Stephen’s obvious love of his craft has been beautifully captured in a short documentary film Print: Four Generations of Die Stamping, made by the team of Guy Gotto (photography) and Greg Niemand (sound design), scored by Evan Gilderlseeve and with graphic design by Catherine Perrott, who is Stephen’s daughter. Catherine, an award-winner in her own field, is currently learning the trade and will become the fourth generation to join the family business. It’s heartening to know that a wonderful but increasingly rare skill is being kept alive, surviving and indeed thriving, defiant in the face of the digital revolution. 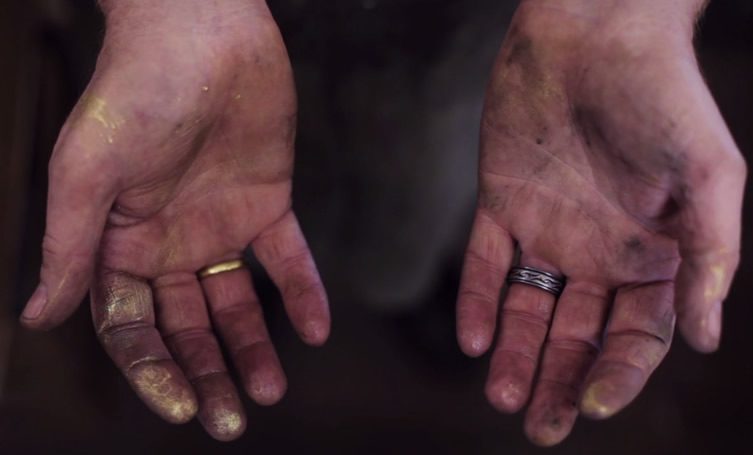 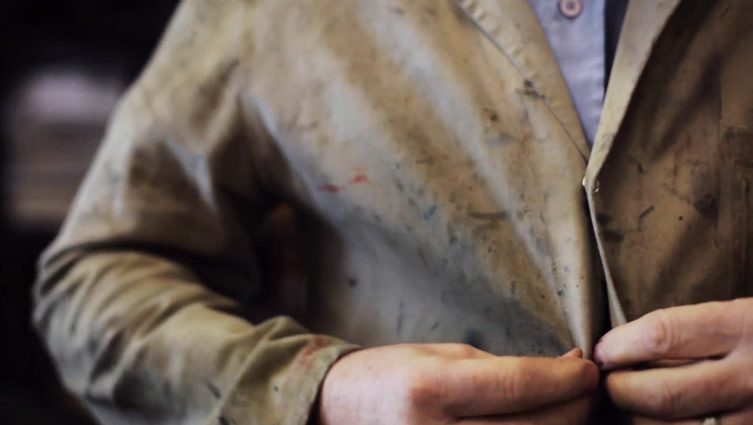 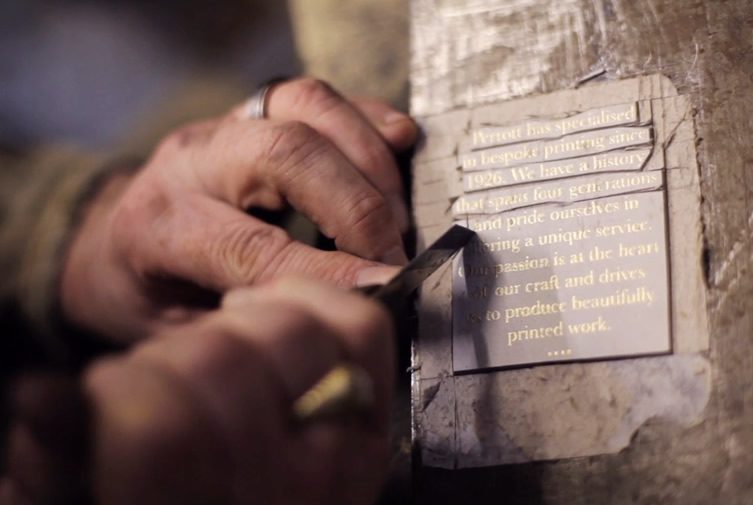 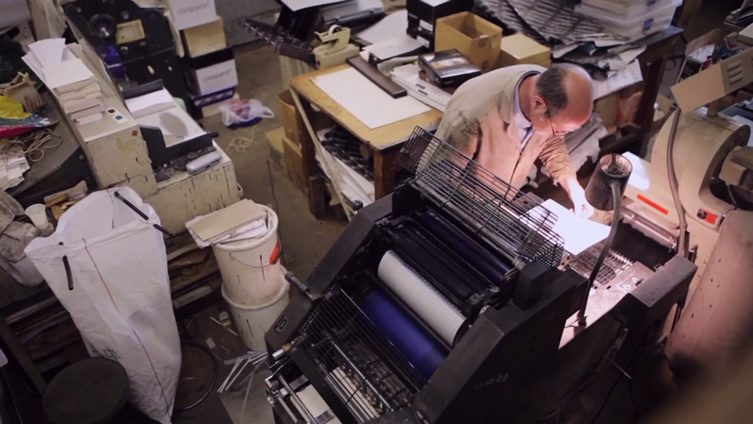 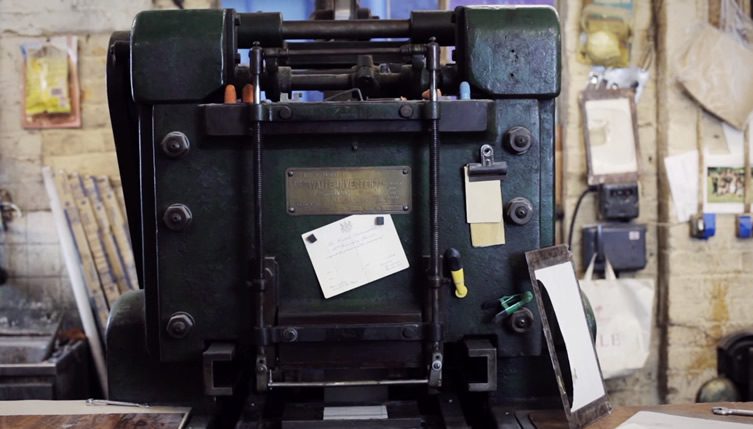