A street photographer from Manchester, based in Manchester, and photographing Manchester. It is fair to say that Claire Atkinson is a creative ingrained in the city that ingrains her. A city built on textile, music, football, rain… Manchester is a city where romance and poetry can be wrung out from even its darkest corners – something Atkinson achieves in captured moments, fragments of time, tales of inner-city living. “Soulful, friendly, misunderstood”, three words the photographer uses to sum up the city, and it’s one of those in particular that captures the essence of her images. Soulful. Soul in the living, breathing city that continues around her lens, through windows veiled in condensation, from bus windows and on rainy streets.

Outside of The North, Atkinson’s images continue in the same vein, taking northern contemplation to Istanbul and Greek islands. The streets, the people, the romance of dark corners feels very familiar. We’re not that different, after all. Taking brief shelter from the streets, we caught up with Claire for a chat about all things Manchester, photography, and the unavoidable cultures her famous city has been built upon… 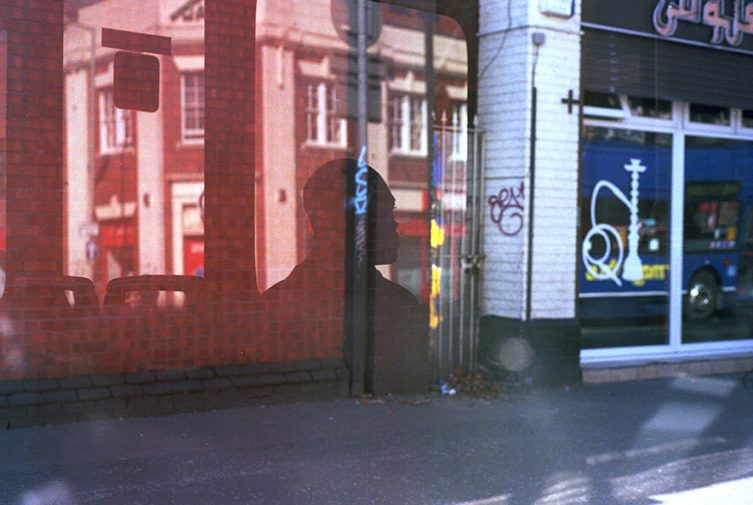 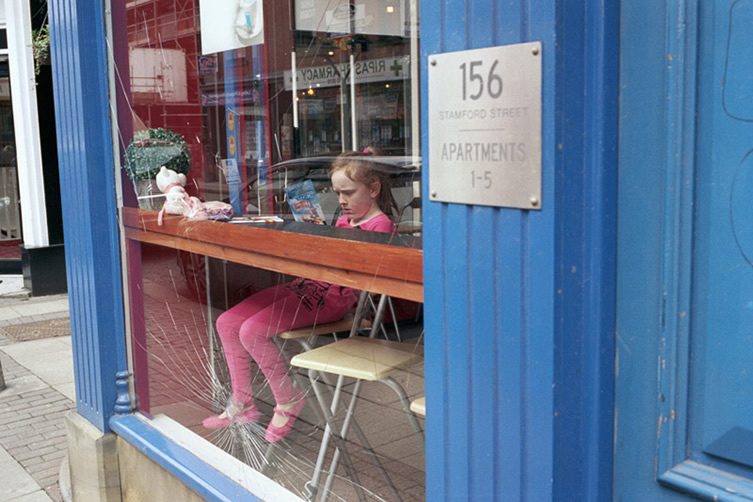 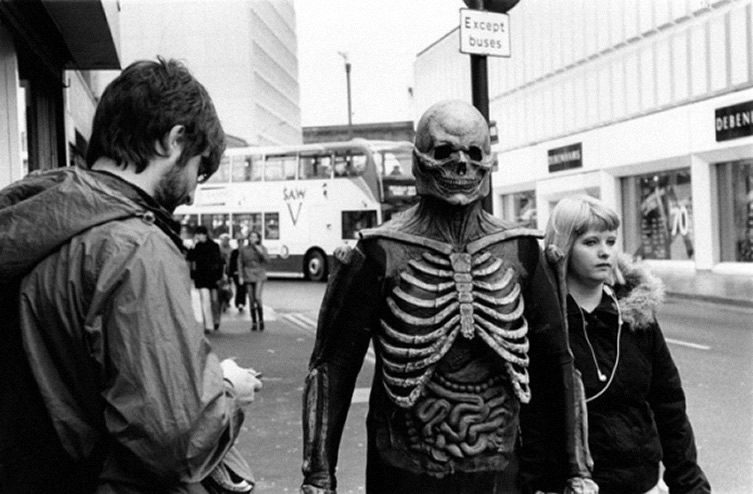 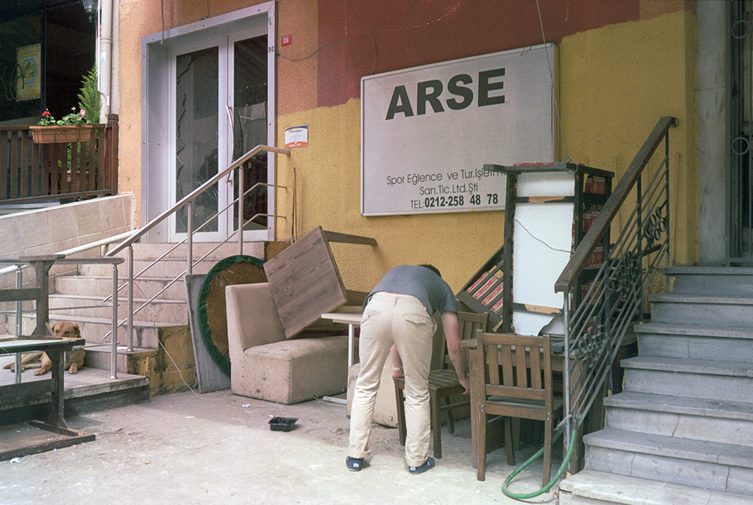 The city has changed dramatically since the mid-1990s, but I feel its people haven’t, and your images seem to capture that essence – how would you define the people of ‘your’ Manchester?

Hardworking, passionate and a bit daft.

Urban transit seems to play a key role in your work, the fleeting glances from busses or trams that breed curiosity – I’m often drawn to that romantic notion of lives passing by, stories untold. I guess your photographs leave more questions begging than they answer, do you think that’s the key to great street photography?

In my eyes, it is. I’d rather look at Harry Callahan than Henri Cartier-Bresson. But some of my most popular images are what I would consider to be the most boring. Like the ‘Arse’ sign from Istanbul with the guy’s bum in front of it. People prefer that kind of thing, the ‘funny’ stuff, so I wouldn’t say I’m speaking for the majority there. But that’s quite normal.

Manchester has played a key role in various cultural movements over the years – Sex Pistols at the Free Trade Hall, acid house at the Haçienda… – if you could live in one moment of time, what would that be?

The Smiths are one of my favourite bands but they released their final album the year before I was born. So I’d go back to see their first gigs in Manchester. I’d also sneak back to 1999 and celebrate Manchester United winning the treble again. 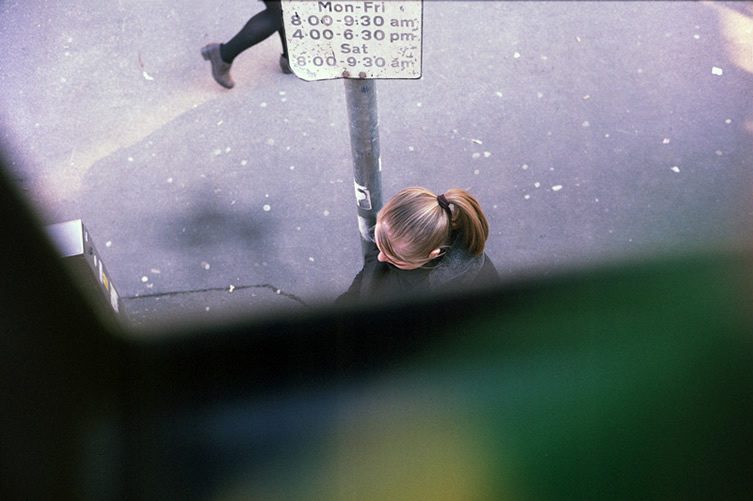 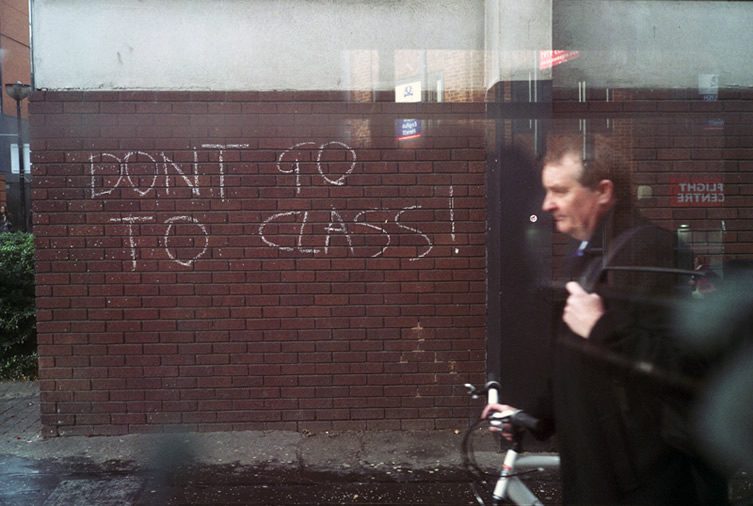 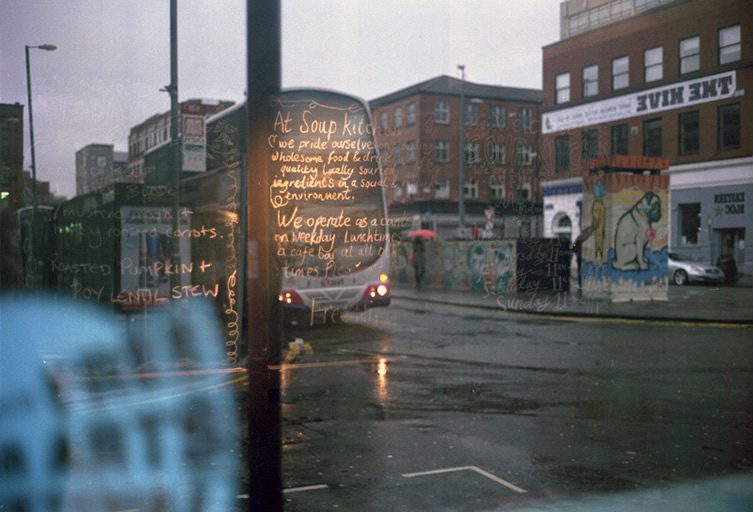 Could you share a little bit of information about your kit with us?

I use an old Leica Rangefinder camera, 40mm lens and 35mm colour negative.

If you had the opportunity to collaborate with one creative, who would that be and why?

I’ll choose PJ Harvey because her Let England Shake album is amazing. She took England and turned it into song. Maybe our visions could coincide over this green and pleasant land. Even though my photos are more grey and unpleasant..

Where could we expect to find you when you’re taking a break from photography?

Photography takes a break with me. I’m a big fan of Greek Islands.

Manchester is an ongoing project for me. I’m self publishing a couple of things soon and hopefully someday some miscreant will exhibit my bloody pictures. 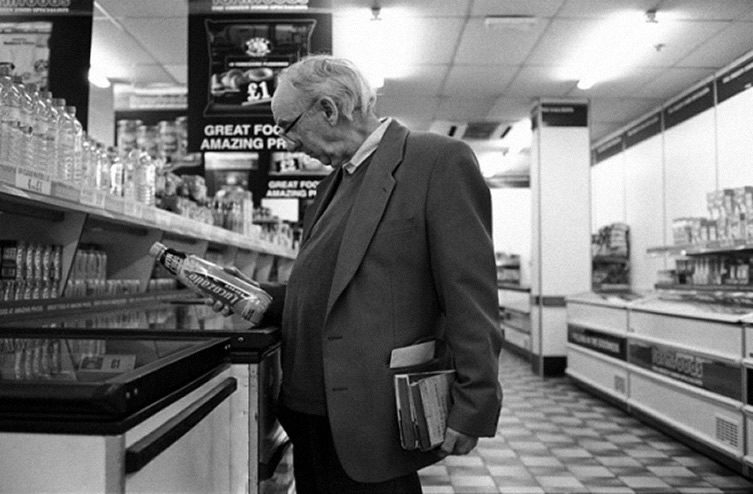 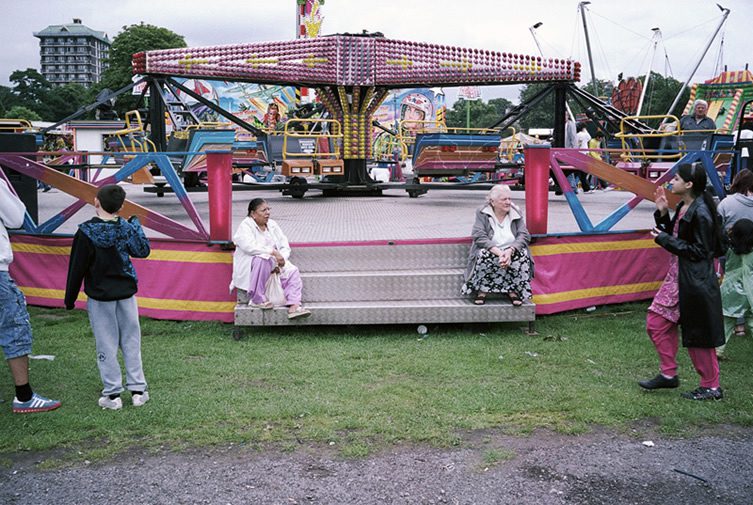 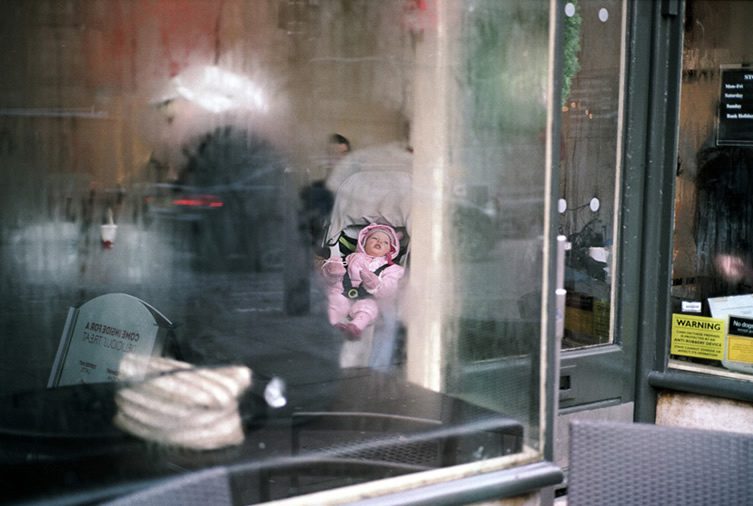 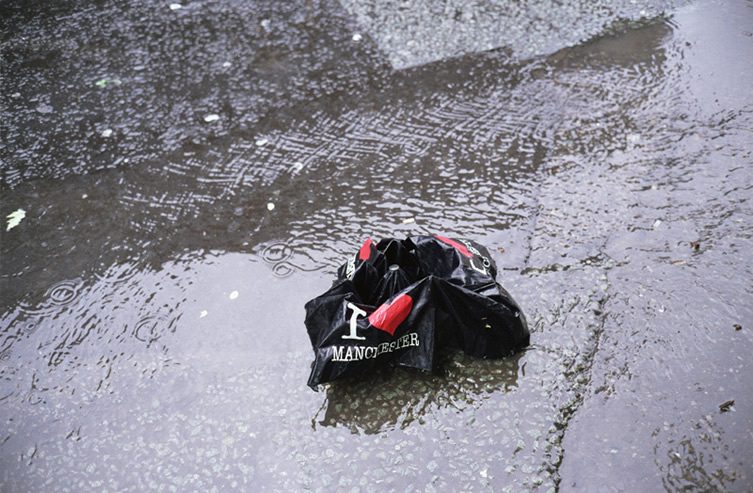