The images of music stars like Johnny Cash and Elvis Presley are instantly recognisable today, but it wasn’t always so, especially in an age when a TV was still a major luxury. Tennessee firm Hatch Show Print can claim to have had a major hand in the success of such artists – not bad for a company which started out promoting church meetings.

The letterpress printers began in 1879, originally producing posters for religious groups and travelling shows before really taking off hand in hand with popular music. The chunky, shouty typography and bold, gaudy colours the company specialised in chimed perfectly with the spirit of rock and roll, and the two quickly formed a strong association, although stars of other genres such as Aretha Franklin and Hank Williams got in on the act. Today, Hatch Show Print is owned by Country Music Hall of Fame and Museum and run by Jim Sherraden, who produces new works and re-strikes of classic posters using the archive of original wooden blocks. Hatch is making its first UK solo tour appearance at CHELSEA Space from 13 November to 14 December, and as well as posters from the 1920s onwards, there’s a great supporting act of photographs, film and memorabilia to enjoy. 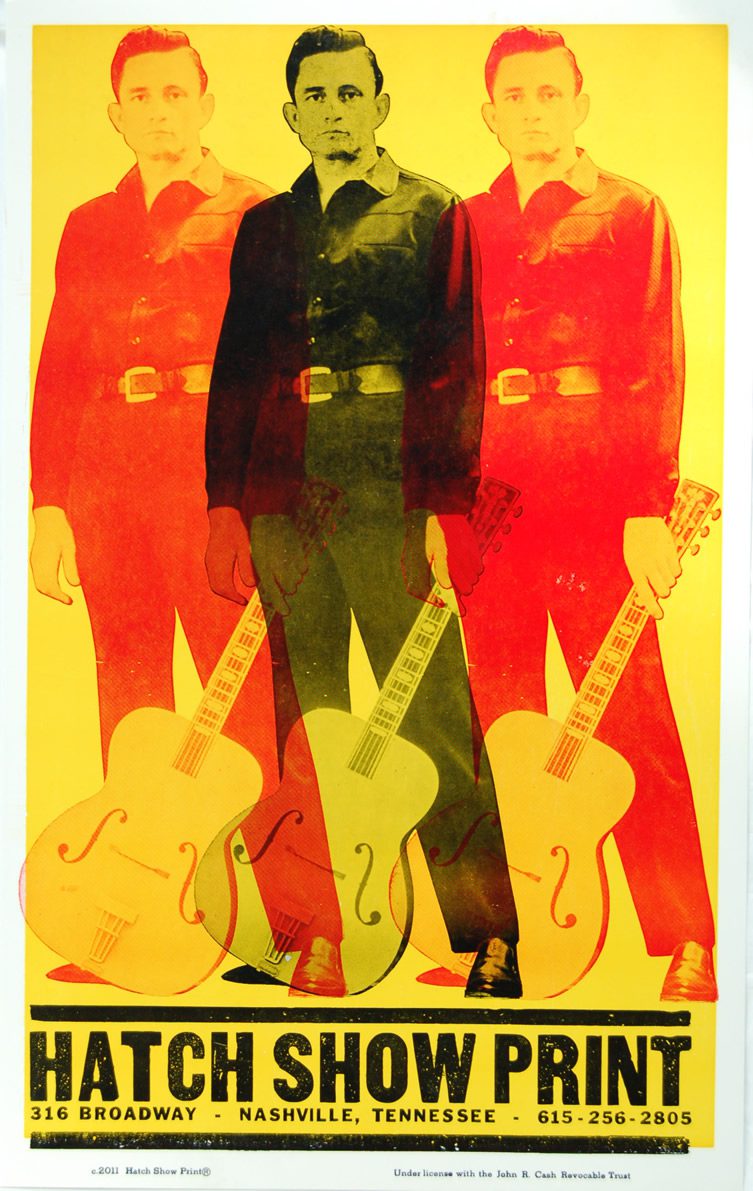 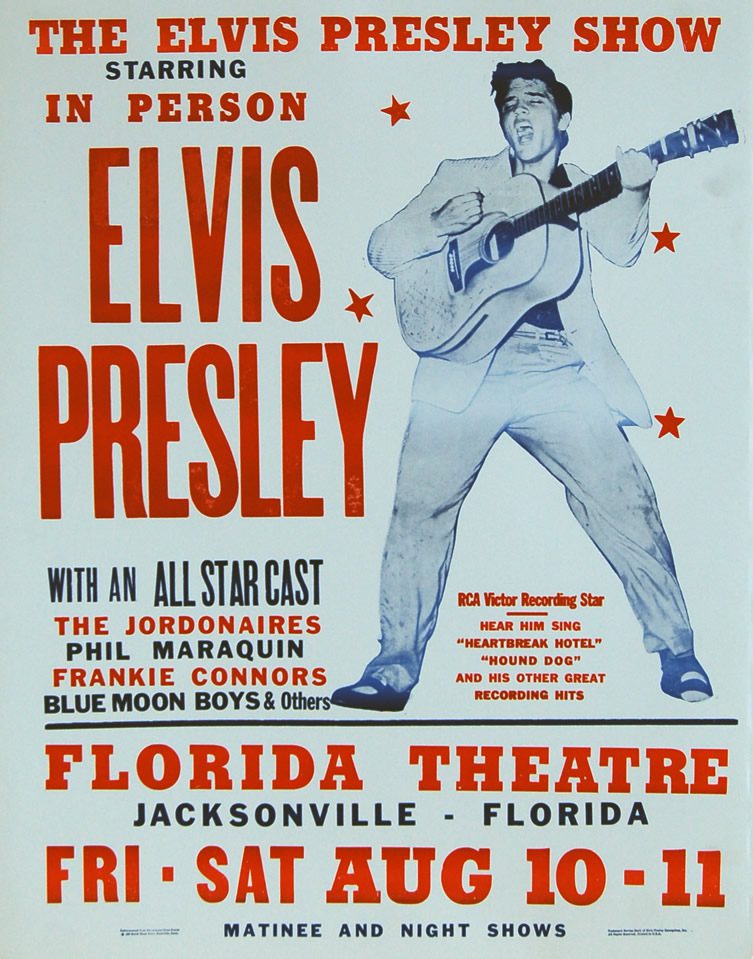 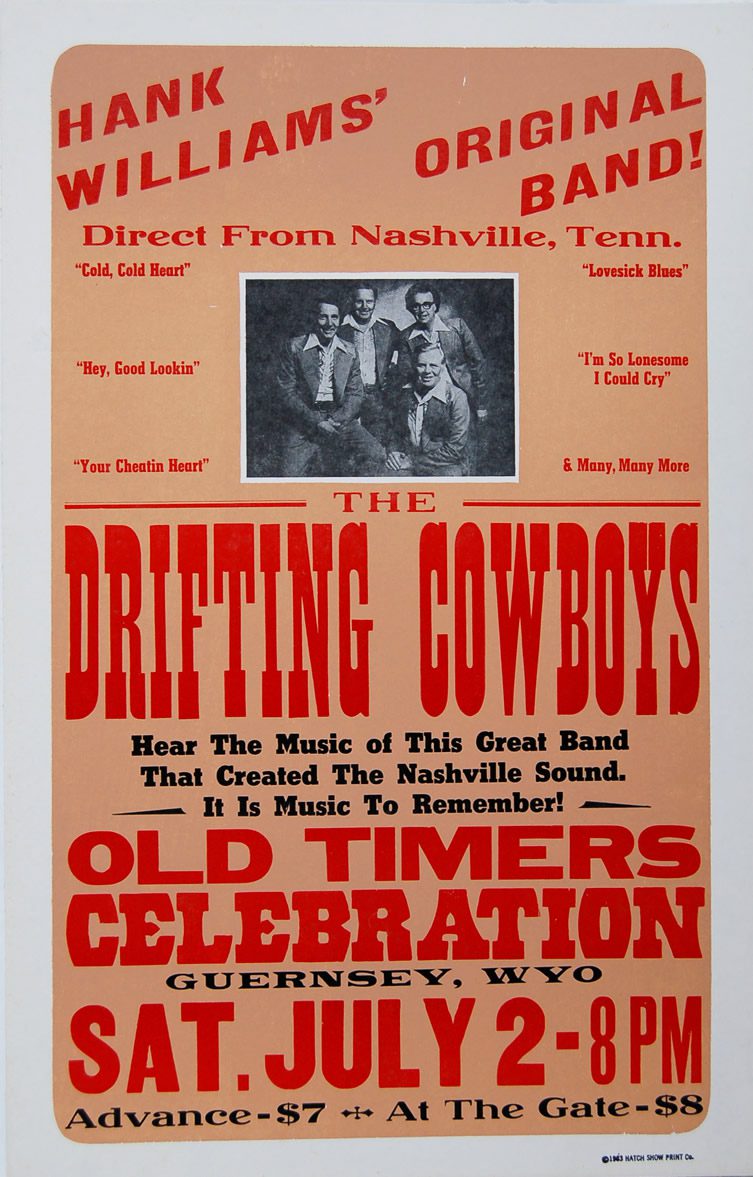 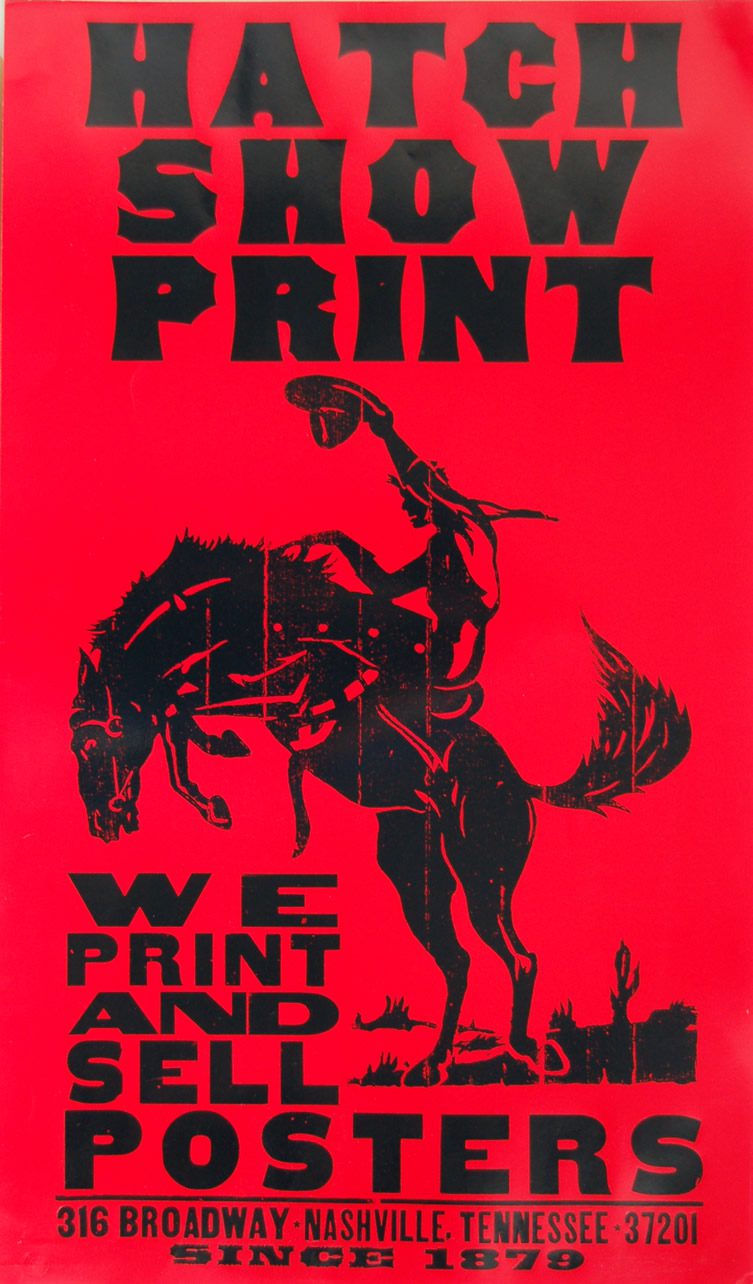 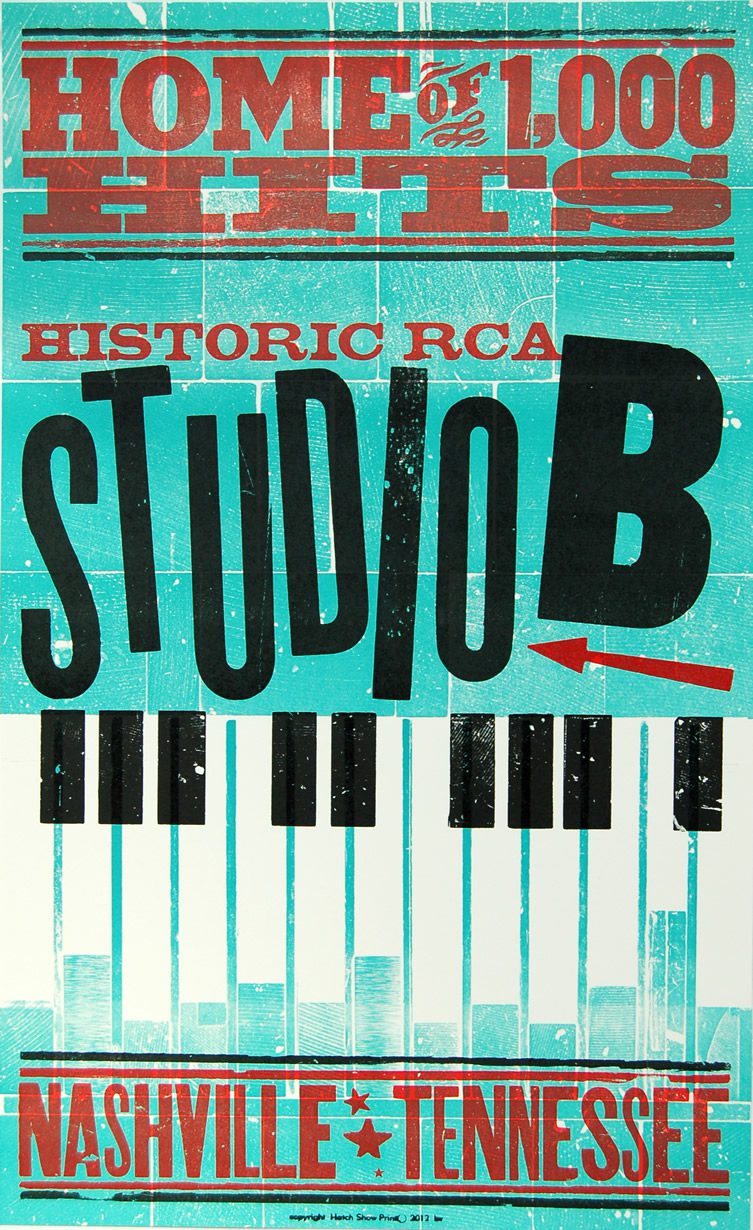