Hallucinogenic drugs have certainly made their mark on the art world over the years, for good and bad, and in “psychedelic art” we have a catch-all term for the output of primarily visual artists whose work is characterised by a few stereotypical features – gaudy colours and intricate geometric patterns spring to mind, and perhaps the anarchic imagery of the 1960s death-cult scene. Reflections from Damaged Life, An Exhibition on Psychedelia aims to challenge preconceptions of what is meant by psychedelic art and what the field encompasses.

It’s not as technicolour as one may imagine, for one thing. Although artists such as Marta Minujín embraced the bright stylised graphics and symbols of the late 1960s to the point of satire in work such as Importación/Exportación, contemporaries were producing much more understated, introspective work. Öyvind Falström’s Notes for ‘The Little General’ A, which was later recreated as a pinball machine, shows an artist in stream-of-consciousness, note-taking mode, and Robert Horvitz’s kaleidoscopic re-interpretations of the natural world may be more typically psychedelic despite being rendered in monochrome ink on plain paper. The extensive range of work, including examples by contemporary artists, is being shown at Raven Row gallery in London until 15 December. 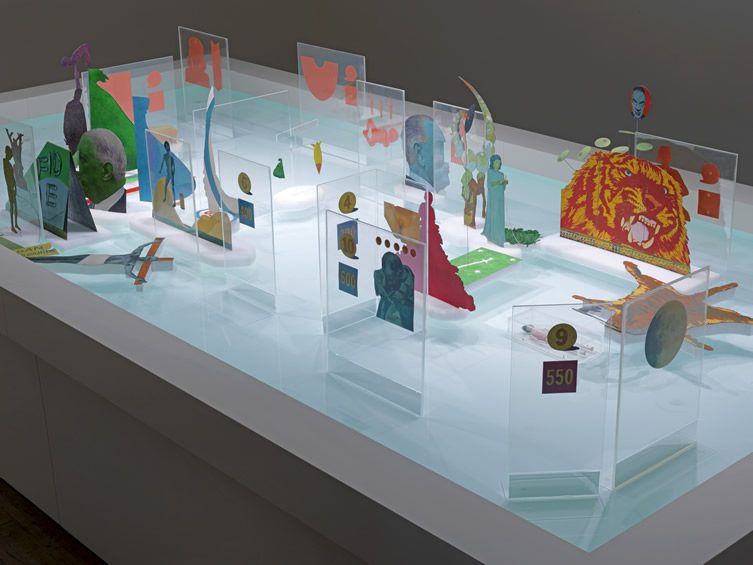 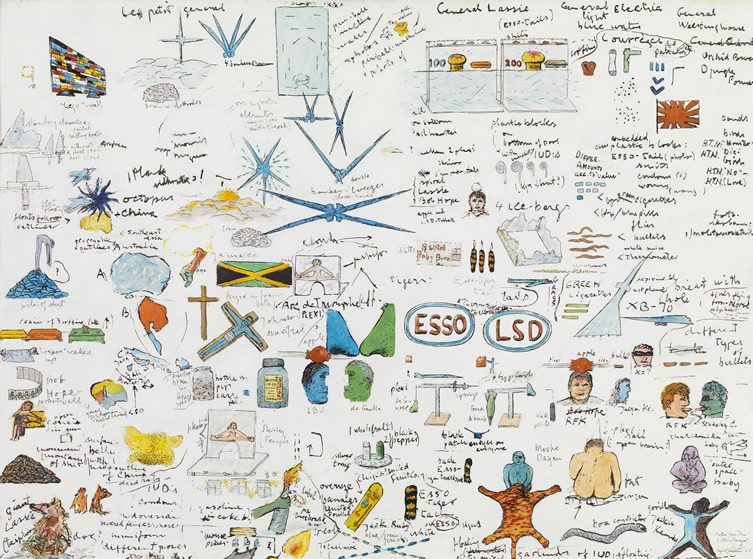 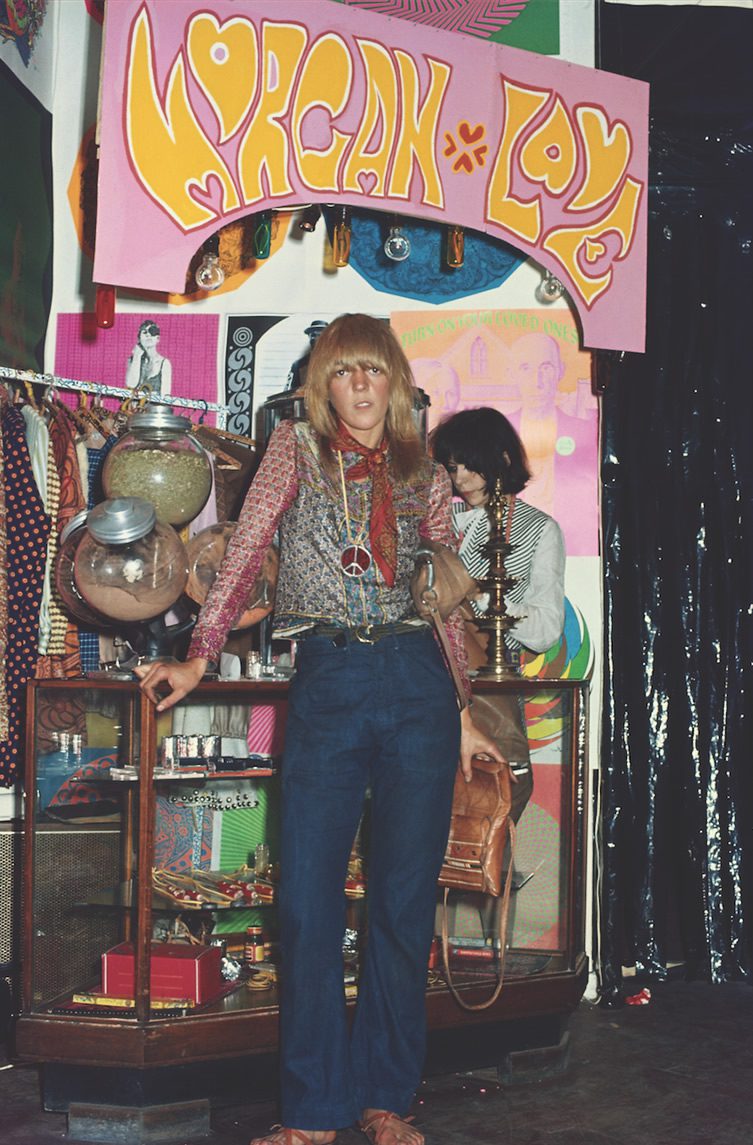 Marta Minujín in front of her work
Importación / Exportación at the
Instituto Torcuato Di Tella,
Buenos Aires in 1968
Courtesy the artist 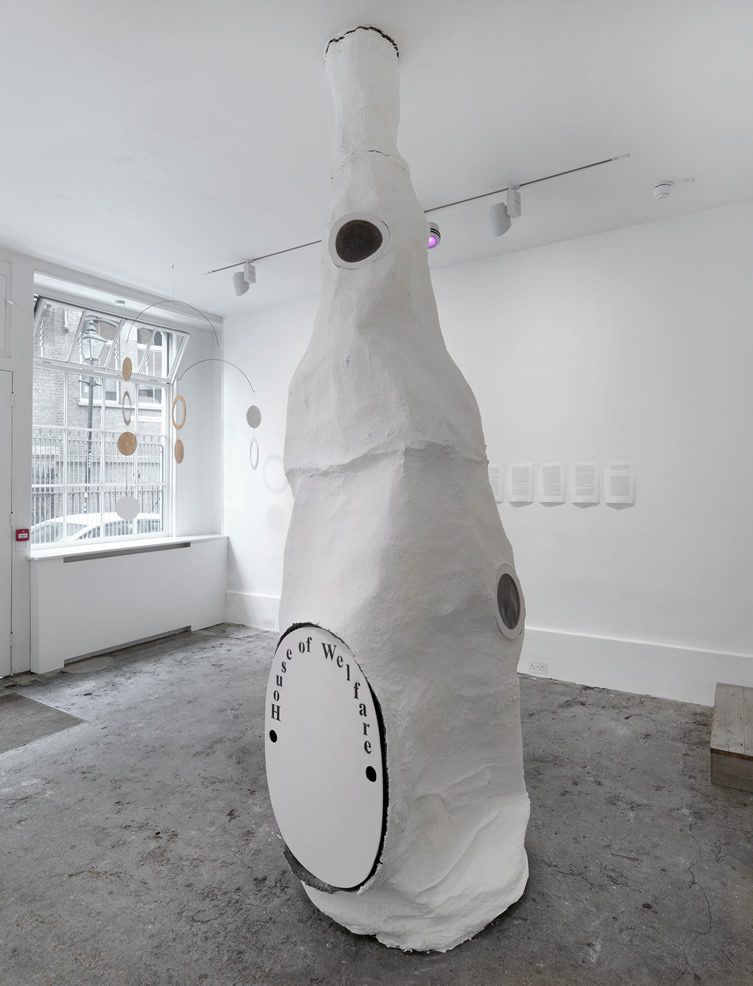 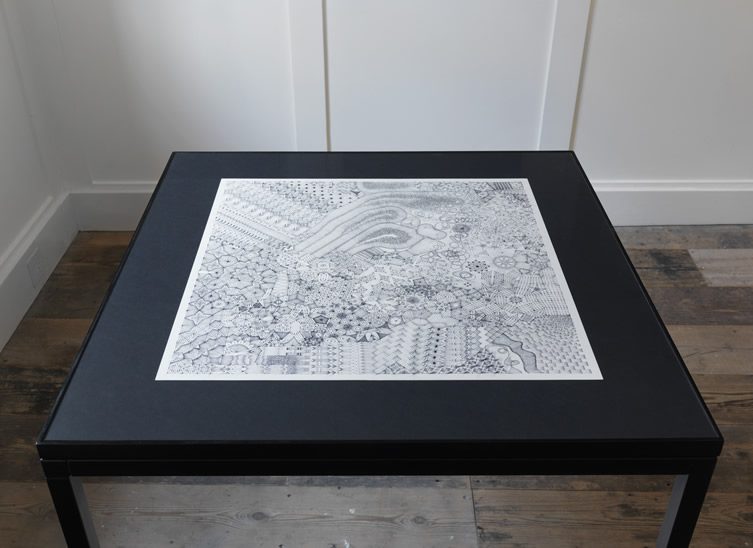 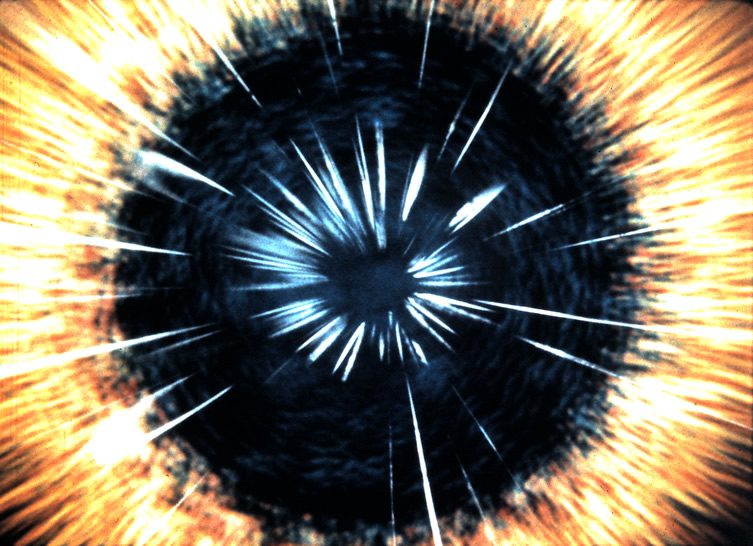 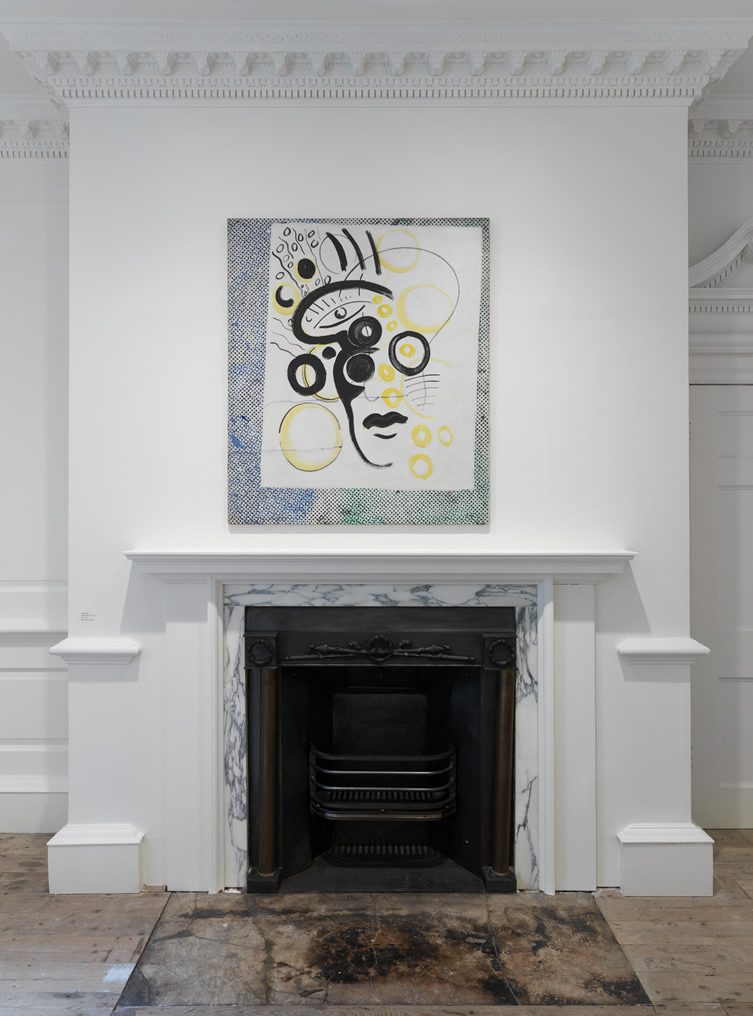