Previously seen splicing together Japanese and Brazilian food in Barcelona to great effect with Ikibana, design studio El Equipo Creativo took the weaving idea to an even more literal degree at Pakta, which means “union” in the Peruvian dialect Quechua. It’s Peruvian cuisine that supplies the foil to the Japanese food here (a fusion known as Nikkei), and traditional Peruvian loom that adds the extra visual and metaphorical layer to the simple Japanese base. The vibrant colours of South America span the ceiling and walls of simple, pale wood, like a man-made spider’s web or the strings of a harp waiting to be plucked.

We may have buried the lead slightly here, but one of the partners in this small-scale Barcelona project is Ferran Adrià who ran elBulli – possibly the world’s most famous and groundbreaking restaurant until it closed in 2011, having been voted the planet’s best on five occasions by Restaurant magazine during the noughties. Although Adrià is behind the scenes at Pakta rather than in the kitchen, we can assume the food will be pretty darned good. Darned? No? I’m wasted here… 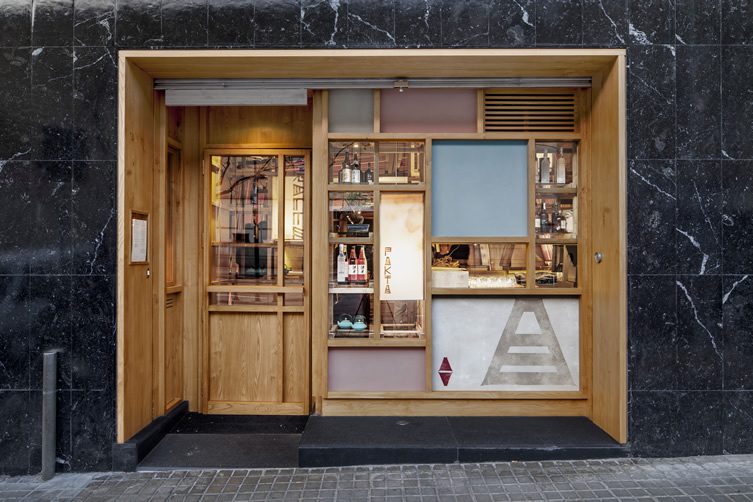 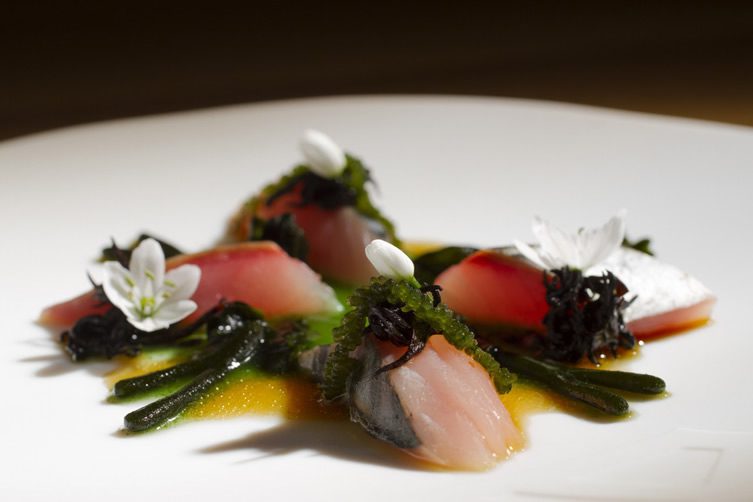 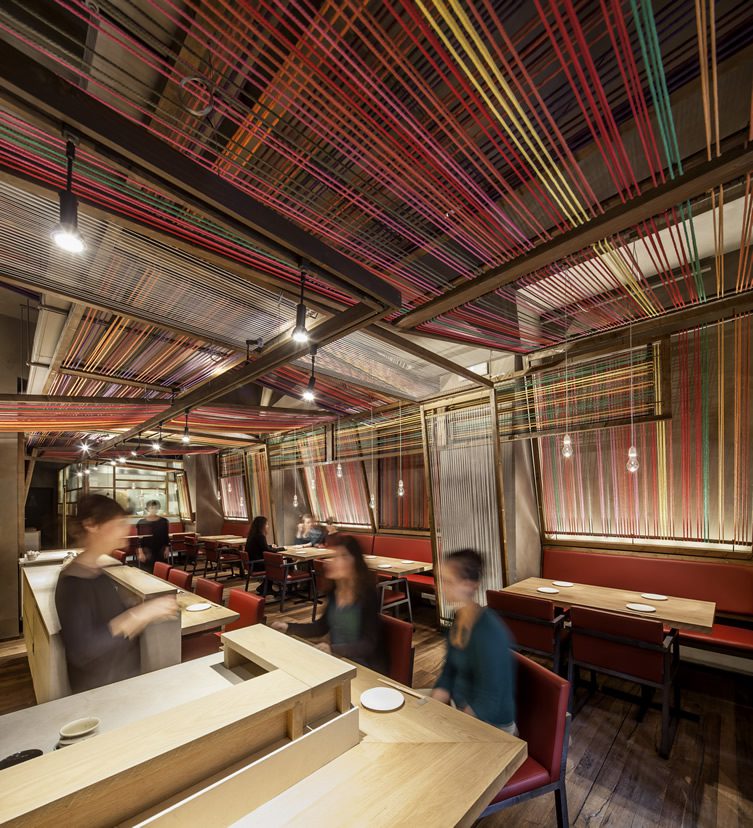 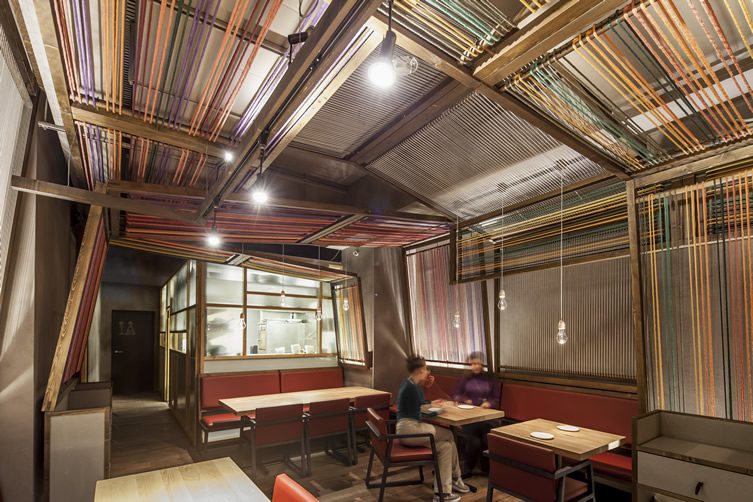 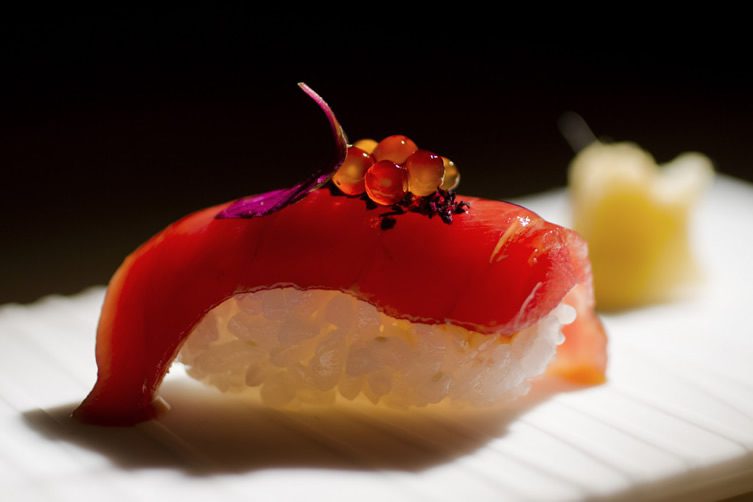 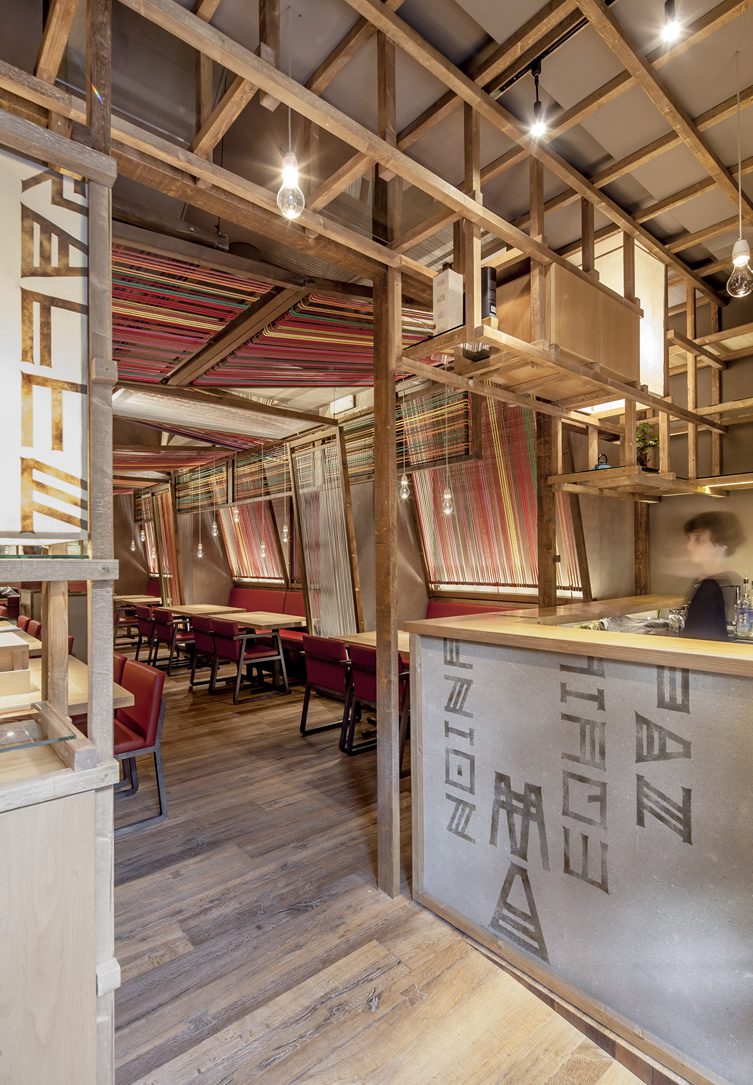 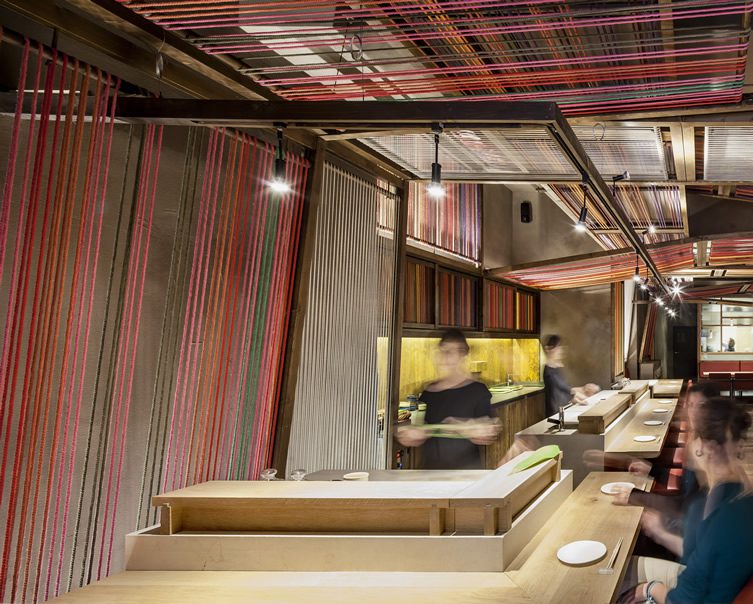 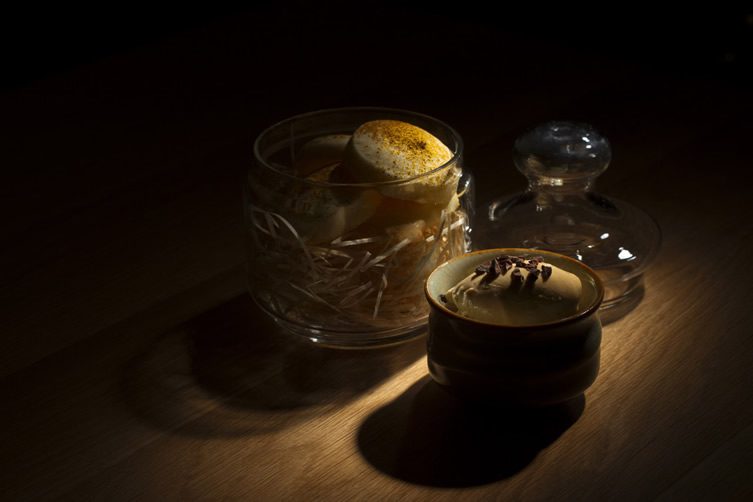 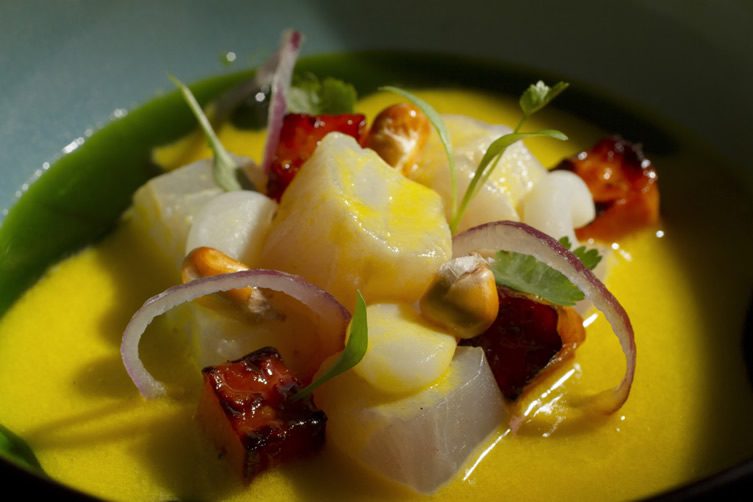