There’s nothing more British than a Mini. Nothing has epitomised Britain’s happy ability to punch above its weight than the plucky little car, nor has anything been such an icon of design and performance, taking the torch from the decommissioned Spitfire fighter aircraft in the 1950s. Whenever there is a montage of images representing Britain, there is the Morris Mini-Minor, probably with a Union Flag painted on the roof. Which is why it was such a wrench when the Germans took over.

In its hey-day, the Mini was the go-to car for style on a budget. In the Swinging Sixties The Beatles loved them, and Twiggy. Come to think of it, even the Queen drove a Mini, so it wasn’t all about being cheap, it was about being proud of what we could produce. Sir Alexander Issigonis’ design had something else going for it as well as dinky looks; positioning those wheels at each corner made the Mini go around corners like it was on rails, with the result that The Little Car That Could spanked the big boys of Porsche and Citroën in the Monte Carlo Rally three times in the 1960s, and were robbed of a fourth by some hinky judging over illegal headlamp filaments.

But time caught up with Mini – or more accurately, the modern world moved too quickly for Mini to keep up. The problem with the original design, which remained largely unchanged until the end of the 1990s, was that it didn’t allow for the stringent new safety features demanded by the European Union, or for all the newfangled drivers aids that were demanded by the modern motorist. Sadly, the British car industry was no longer a force capable of taking Mini forward, but BMW was – a class leader in every department, with the engineering and manufacturing muscle to adopt our little Mini as it grew up. It was time to let go. 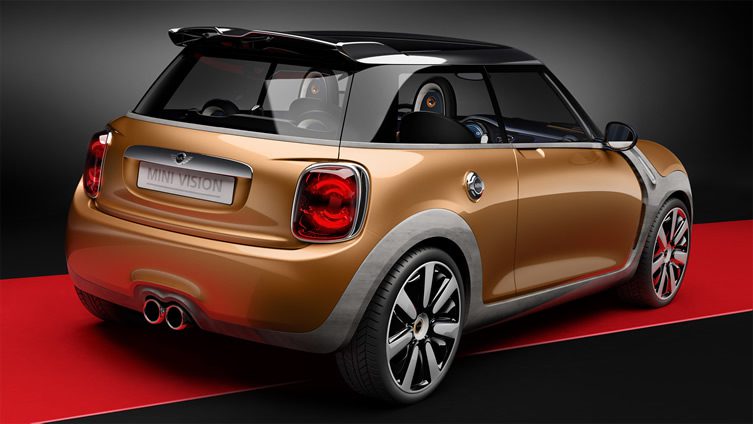 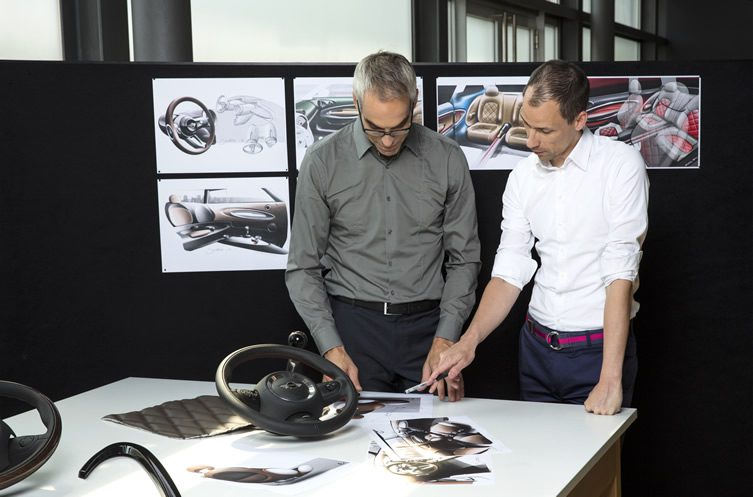 In 2000, BMW launched the next generation MINI, still built in Oxford but driven into the international marketplace as never before. Smart, modern, infinitely customisable, now you were as likely to see a Japanese flag on the roof as a UK one. The cosmopolitan MINI was a success, but the car was somehow no longer something we could call our own. The DNA was still there, but the mutation was aggressive and irreversible.

Which is why the launch of the MINI Vision for the car’s future at BMW’s headquarters in Munich recently was such good news for the traditionalist. In his presentation, Head Designer Anders Warming combined progressive technological developments with a fresh injection of “Britishness” into the design. Walking around his design studio, his team are reminded at every turn about what MINI, and formerly Mini, means in heritage terms.

The pre-2000 cars were always cute, but still definitely cars. With the millennium models, the go-kart appeal was developed to the point where some models seemed more dodgem car than road car. In the near future, we can look forward to a more grown up MINI, but with all the characteristics that made the original model so successful. The grille is returning to a more complete single section, rather than the brace-wearing split grin of recent times. There’s a definite “hot hatch” look at the three-quarters view. The nose is getting slightly longer, and the iconic headlights are getting LED surrounds so they pop in the daytime. Inside the introduction of door straps in a Union Flag arrangement is a clever touch, while the console, still with the famous big central console display, is delivered with a background of red (sporty mode) and blue (more relaxed) with white information.

As he finished unveiling his Vision, Warming stuck some rockets on the side of his virtual car and blasted it off into the future. It’s hard to imagine BMW’s Head Designer having as much fun with one of his launches, and that probably says it all about the MINI philosophy. It might take a while for these changes to reach the models on the forecourts, but on Warming’s watch, we can be assured that Germany is very much in tune with the British traditions of this unique motor. 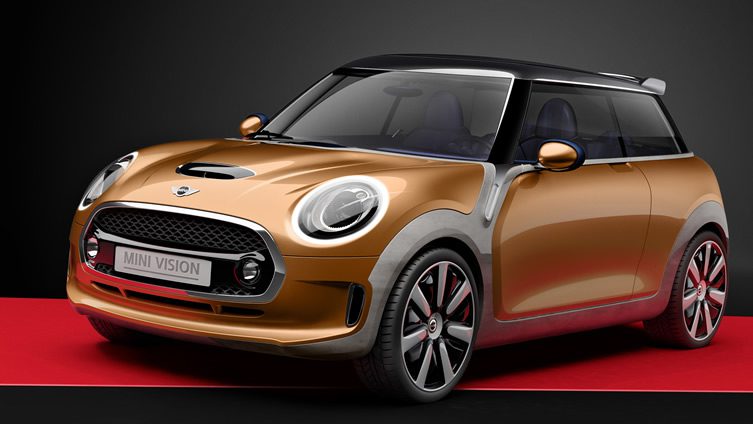 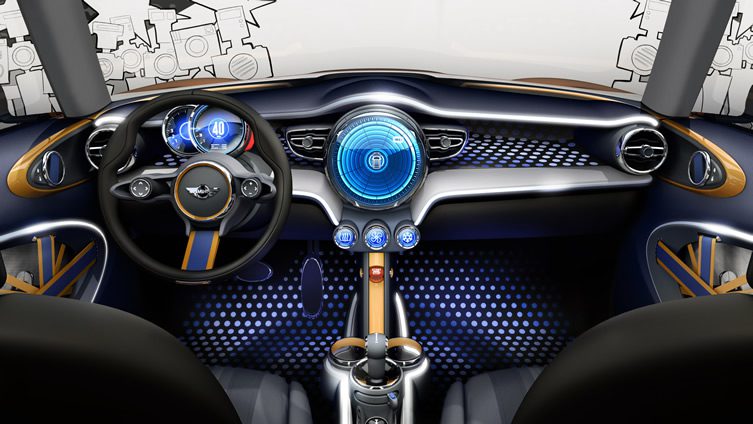 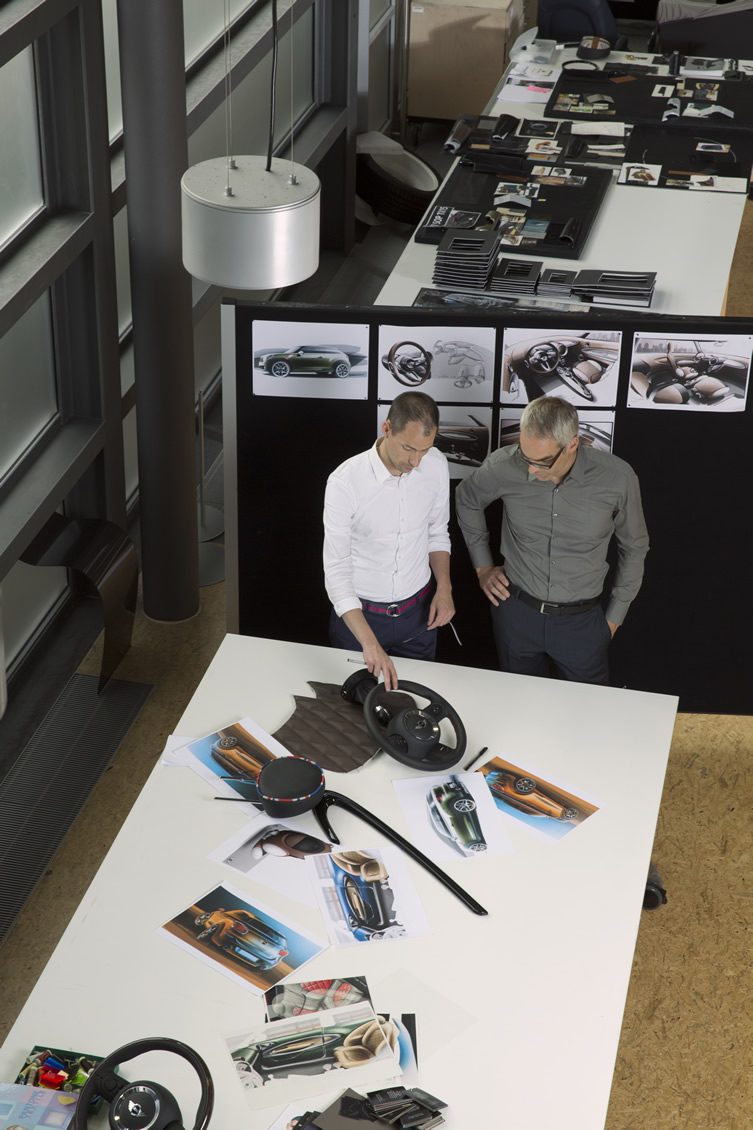 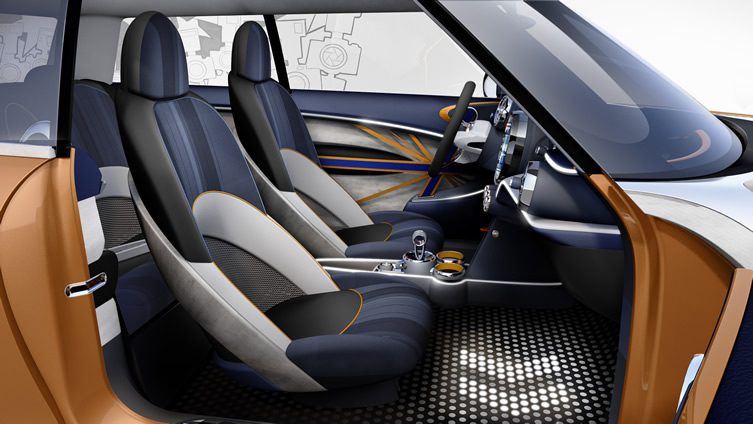