“Open minded adult intellectuals only” warns the Satanic Mojo Comix exhibition poster, and we should probably apply the same restrictions in telling you about it. Goodness knows what that sort of filter will do to our readership, but we’ll take our chances.

If you haven’t dropped out, welcome to the subversive world of the occult revival, which first reared its horned head in the late 1960s and continued into the ’70s. The social revolution of the time created something of a fork in the road for free-thinking youngsters: a lot went in the flower child direction, but some opted for the nihilism of the neo-Satanists. Their do-what-the-hell-you-want ethos was timely given the shadow of impending doom cast by the Cold War and the conflict in Vietnam spiralling out of control.

This occult world spawned Satanic Mojo, an anti-brand scene that began as a batch of horrific blotter acid, mutated into a comic book that went up in flames, reappeared as a deadly underground film, has continued to influence pop culture and art to this day and is now the subject of an exhibition at the Orbital Comics gallery in London.

The event has been put together by Jason Atomic in collaboration with many other artists from the pantheon of underground illustrators. Every kind of twisted weirdness you could imagine is lurking in the basement of the Great Newport Street venue until 13th July, including period and new artwork, photography, books and ceramics. Admission is free but you’ll definitely need that open mind and an odd sense of humour to get the most out of it. 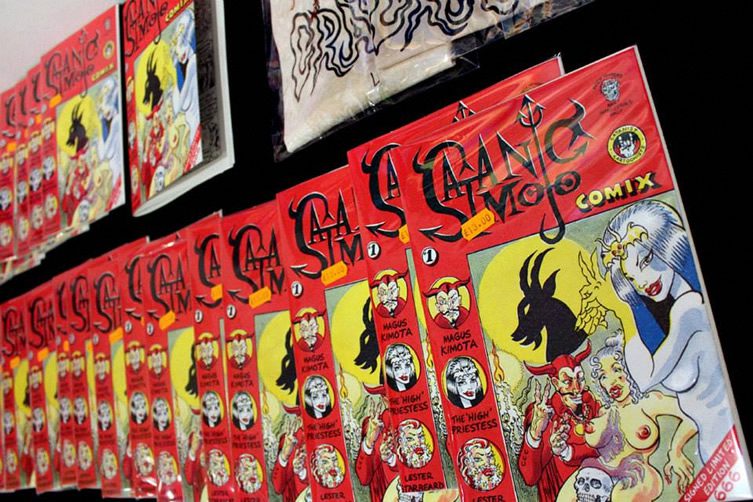 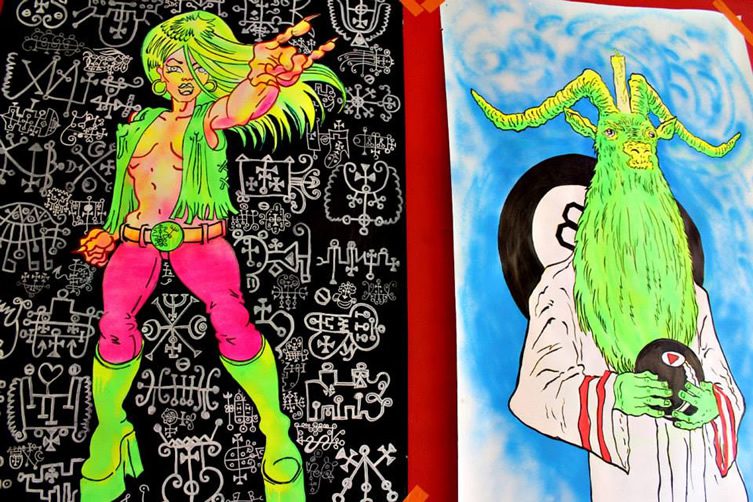 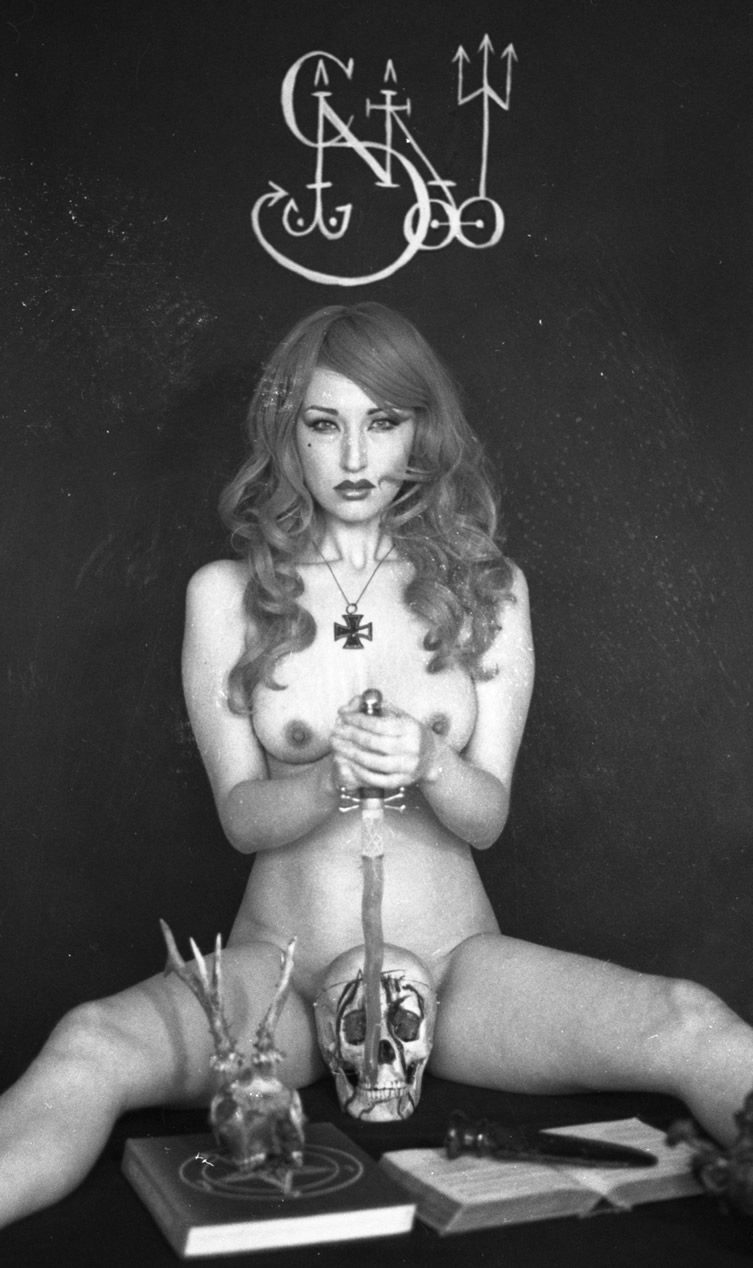 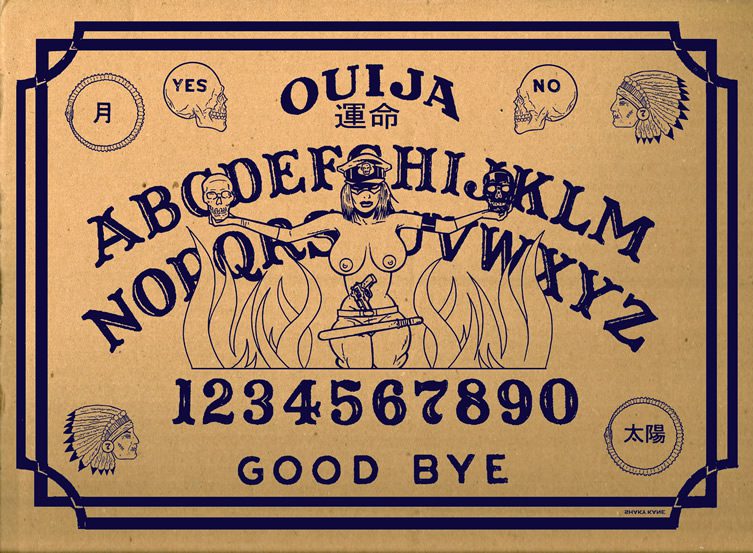 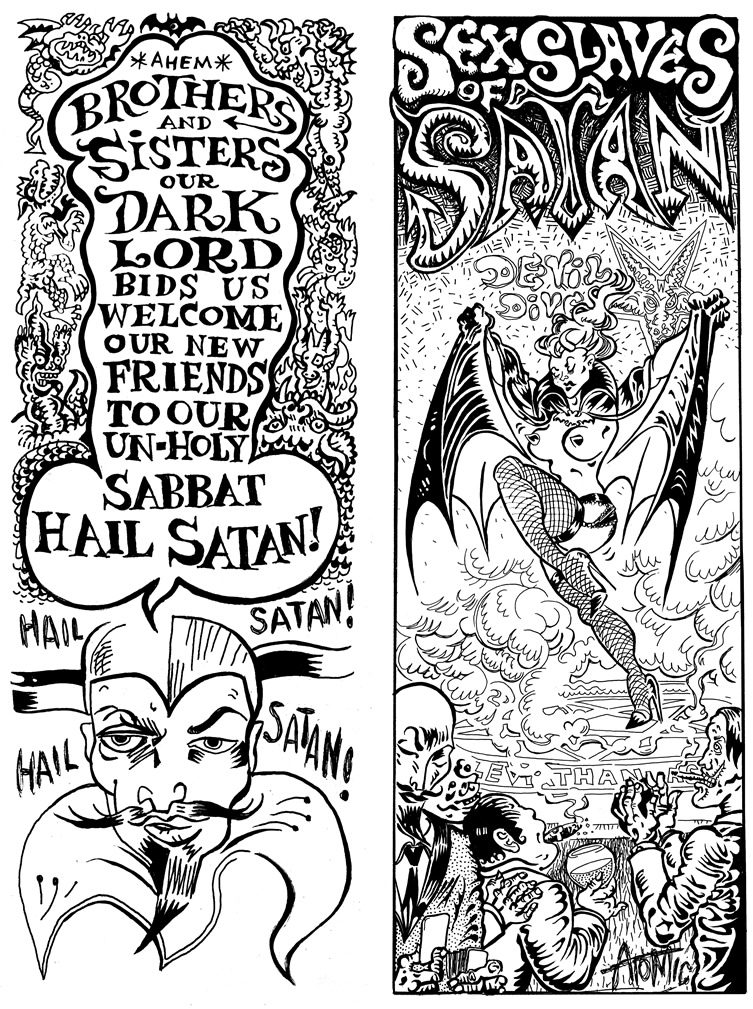 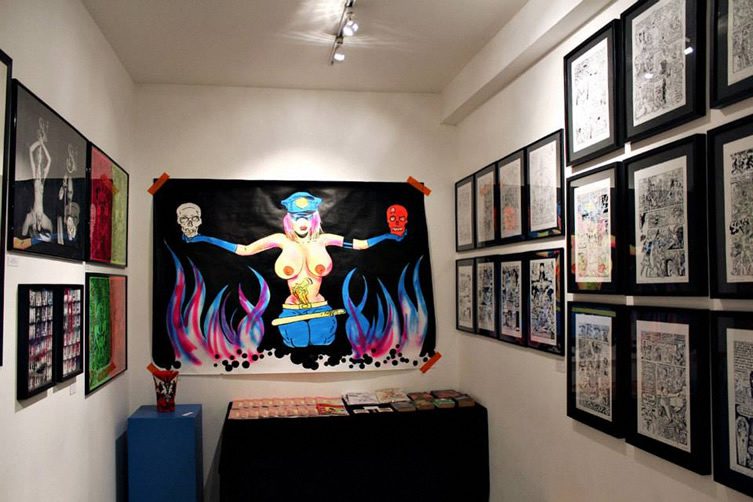 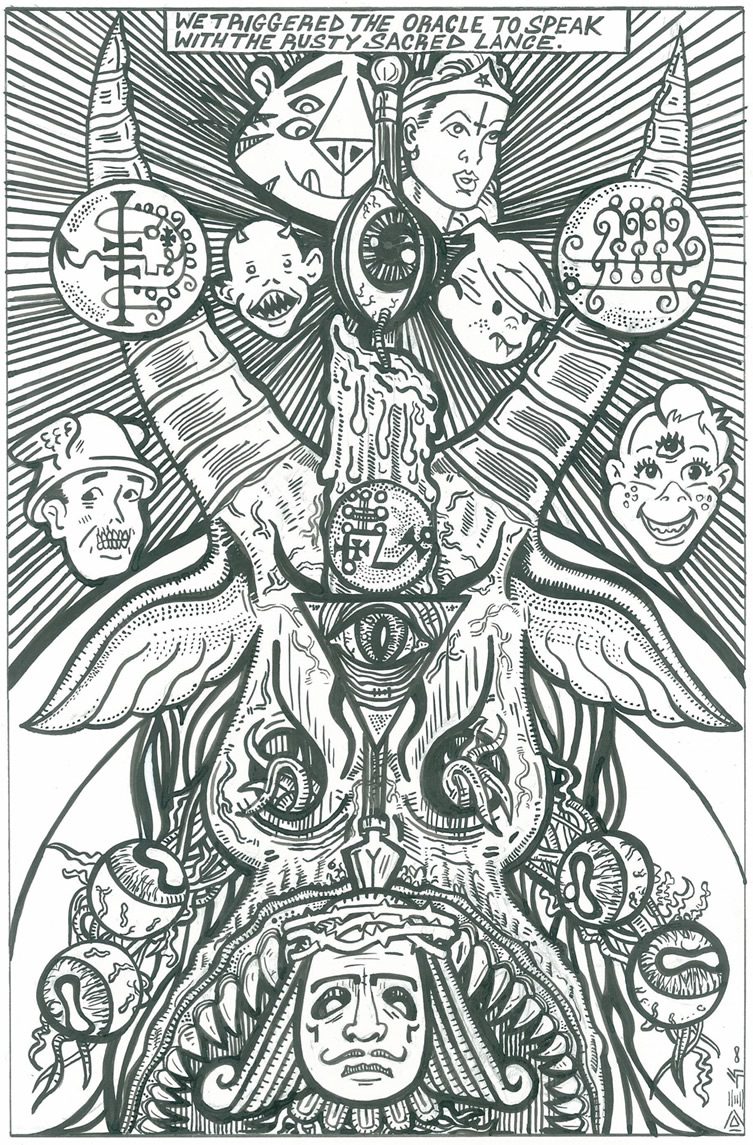 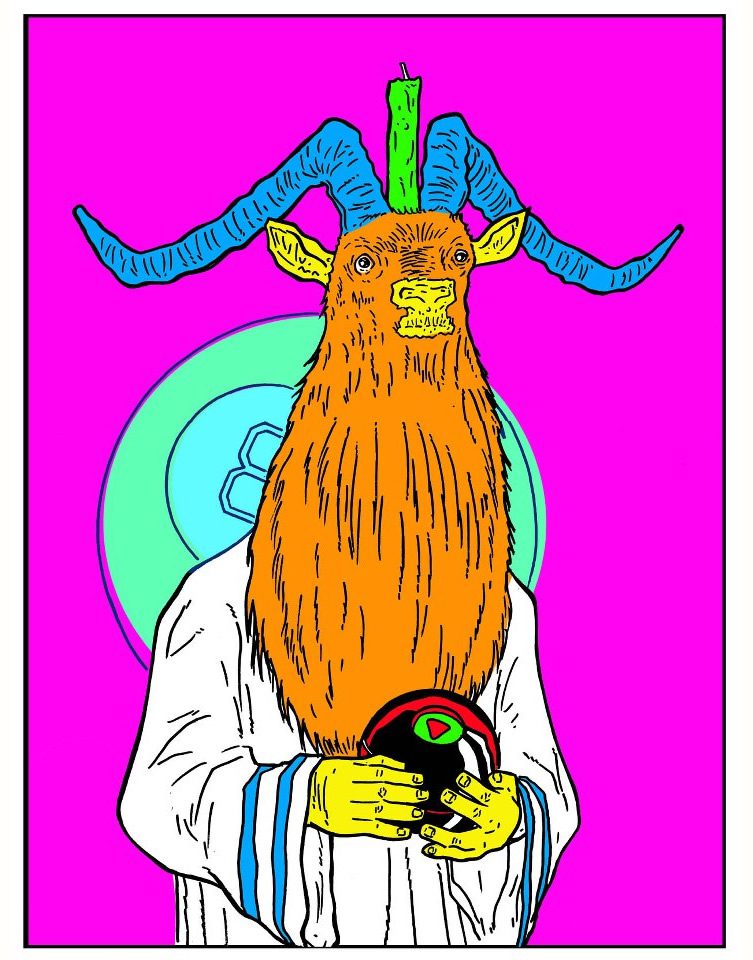 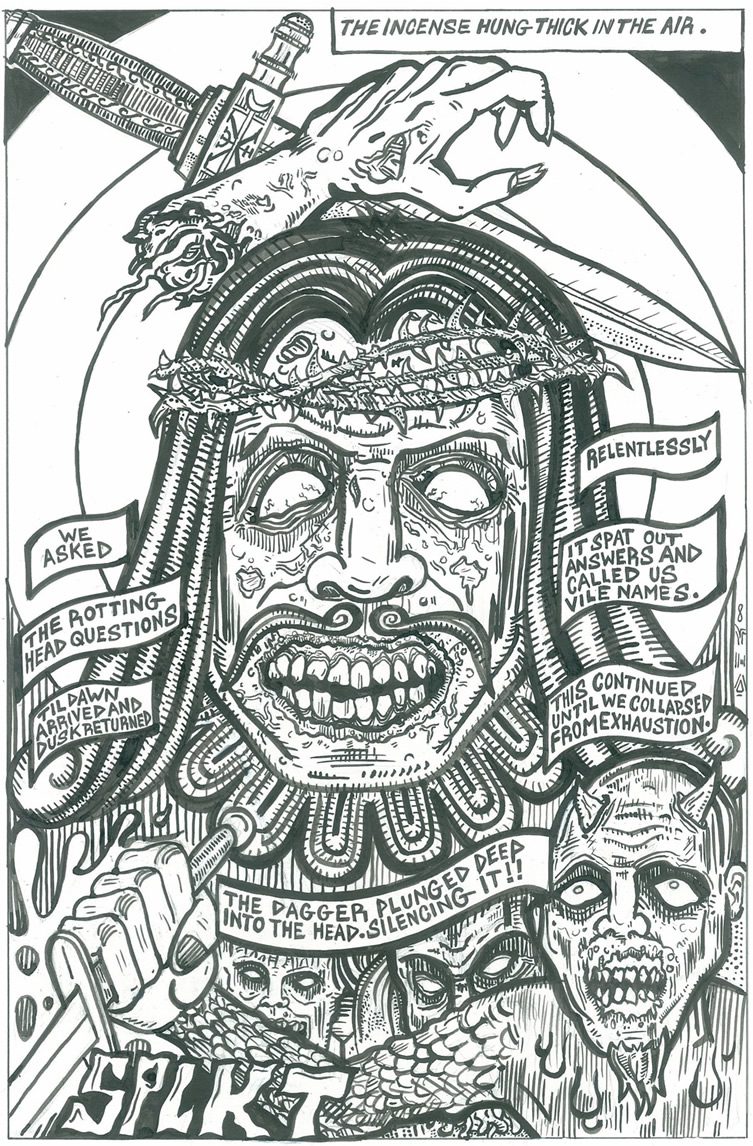 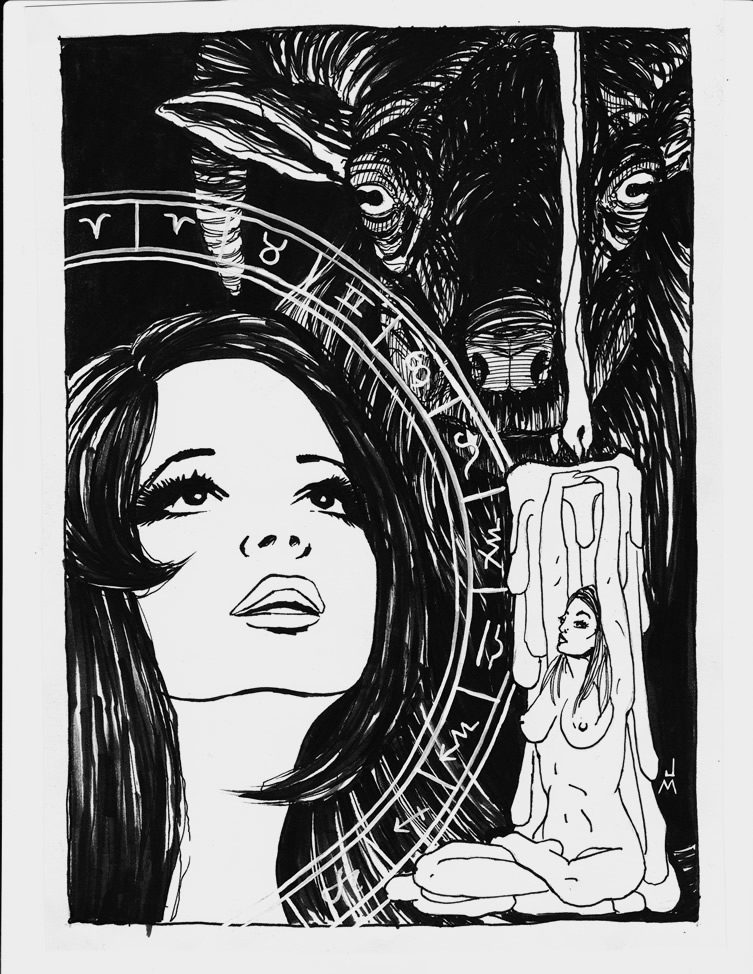