Had one too many corporate messages rammed down your gullet? Driven to distraction by unimaginative mashups of stock images, marketing-man-propaganda and clichéd calls to action? Waging a kind of Fight Club-lite war against corporate marketeers, the folk at Manchester’s Print & Paste are celebrating artistic originality and expression with their commandeered billboard on a former Georgian Cotton Mill, just around the corner from the Beeb’s old Oxford Road home.

A collaboration between local creatives Micah Purnell, Dave Sedgwick, Nick Chaffe, and Jim Ralley – facilitated by Daniel Jones – Print & Paste offers anyone of creative ilk the opportunity to submit artwork that’s fit to inspire, and to take the power back with positive social commentary. Rotating the artwork on a monthly basis, the guys have presented the works of artists from Manchester, the States, Japan and Sweden; the concept is clearly a global hit in its own right – but just think about the potential of this level of creative intervention becoming an international phenomenon. It’s certainly a nice thought to hold. 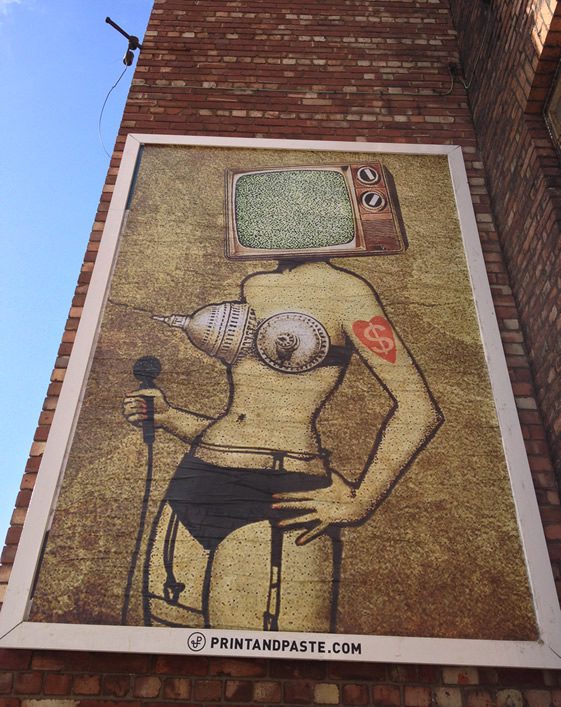 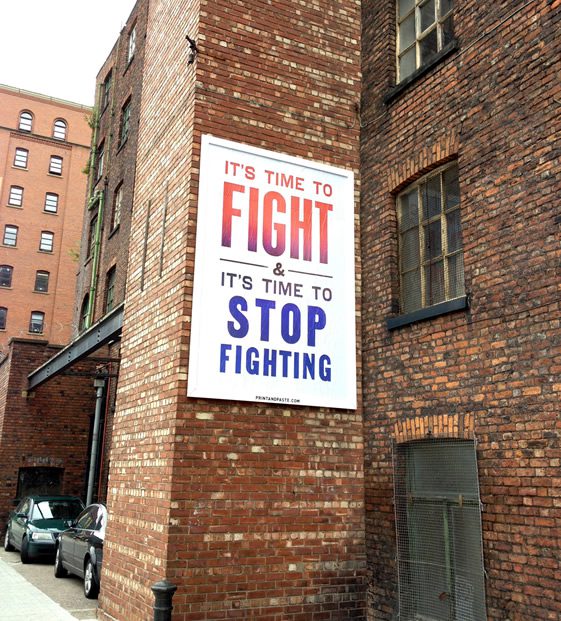 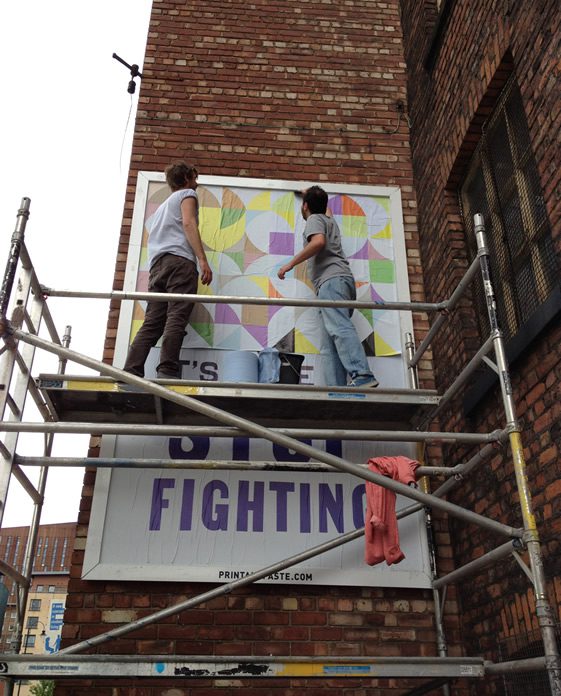 Nick and Jim changing the artwork 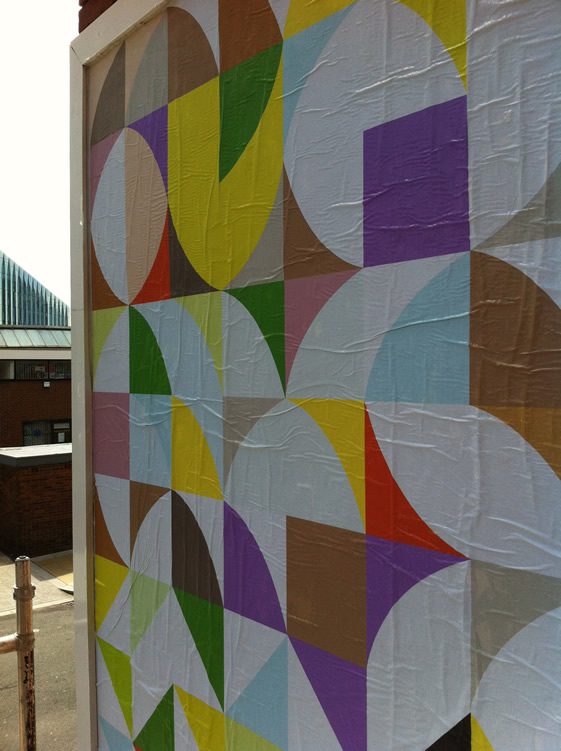 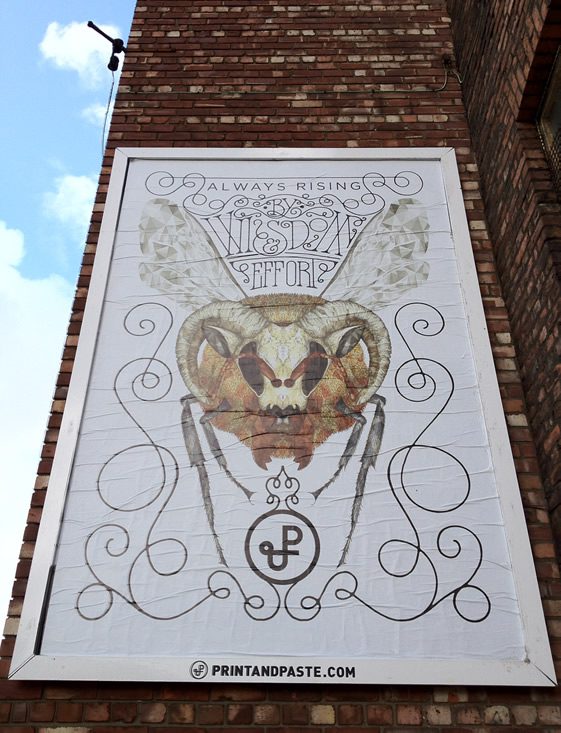 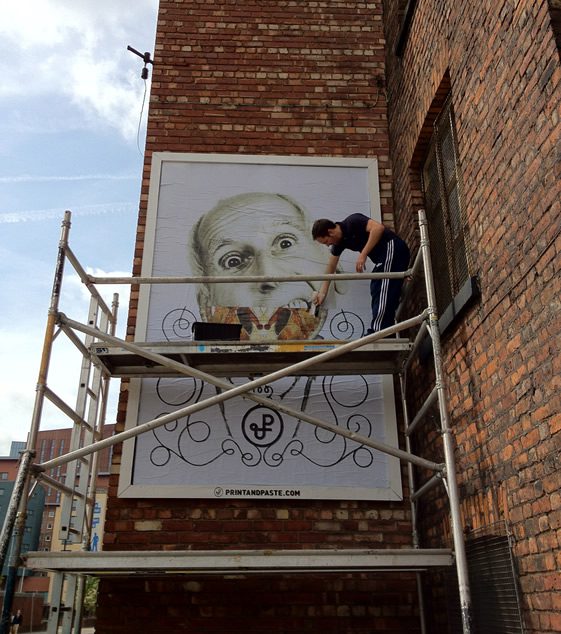