Such is the universal nature of these images, this collection might as well have been called Britain On The Piss, as it reflects a side of the national culture only too familiar to anyone who ventures out after dark in the country’s towns and cities’ entertainment districts. Which isn’t to say there’s anything hum-drum about Maciej Dakowicz’s photographs of Wales’ capital city, being shown in an exhibition more tastefully named Cardiff After Dark, coinciding with a Thames & Hudson book of the same name.

In what could easily have been a commission from the Drink Responsibly campaign, Dakowicz has turned over a few rocks on a Saturday night and captured the bestial goings-on in a great set of candid shots, that are at once laugh-out-loud funny and strangely sad. We like the pink cowboy steeplechaser, the girl in the phone box who seems like she quite likes the look of the photographer, and the beautifully composed renaissance-like tableau involving a man on the floor biting his friend’s arm as a girl is restrained in the classic half-hump-hold.

On show at the Third Floor Gallery, Bute Street, until 2nd December. Tidy. 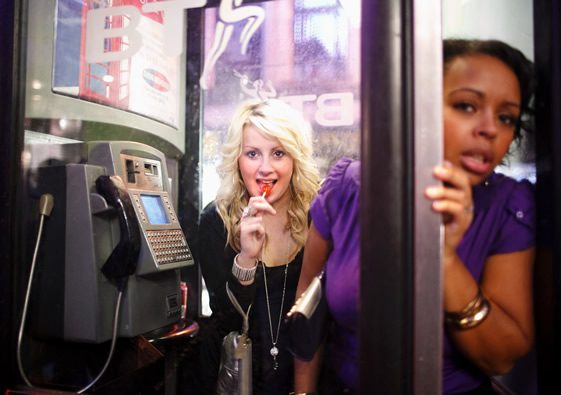 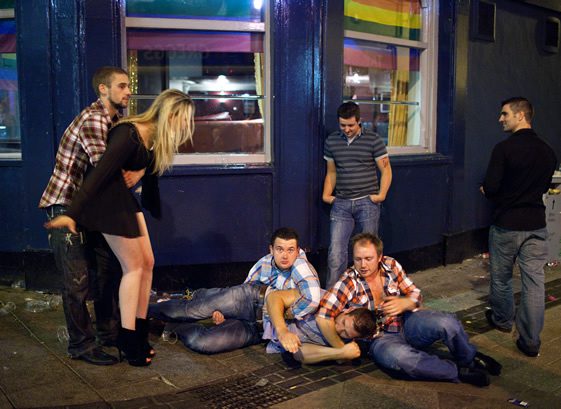 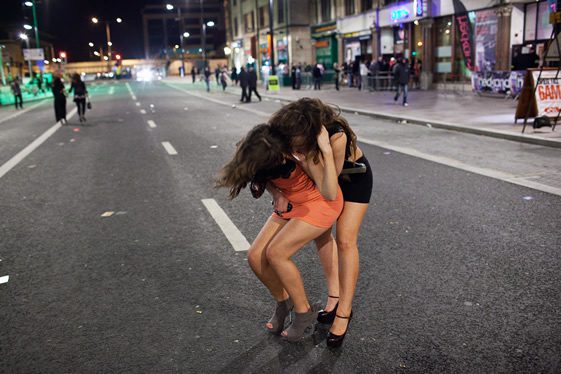 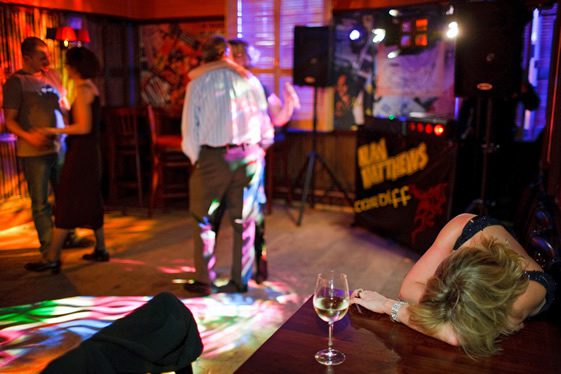 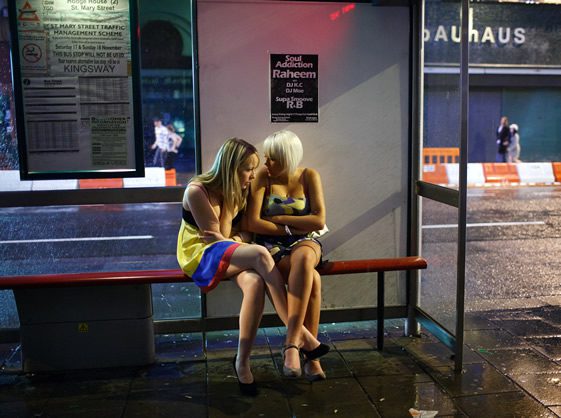