Dig a little deeper, and things don’t get much clearer – Musical Table does pretty much what it looks like it does; trigger 504 single-sound musical box movements, with 504 table top volume controls… the attached Pendulum Sound Machine – a contraption comprising two tea-plates, a record deck and a series of pendulums – adds to the bizarre cacophony, as Okamoto plays out a perverse ambient symphony.

The second work is even more ‘does what you see’ – one chair with electronic sockets, the other with switches, lots of cable and lots of lights. There’s seemingly no hidden messaging behind Lighting Chair, it just looks good – really good – and what the buggery is wrong with that? Bewildering? Certainly. Utterly enchanting? More so. Kouichi Okamoto’s curious new experiments had us in raptures. 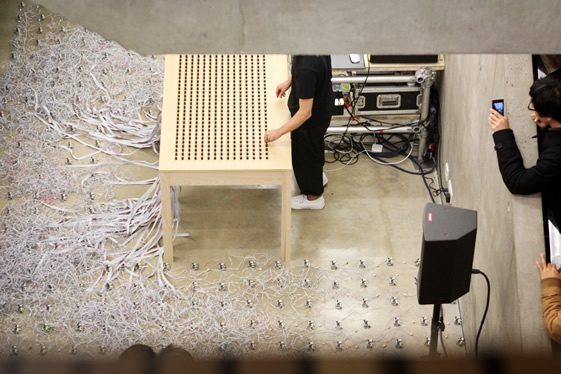 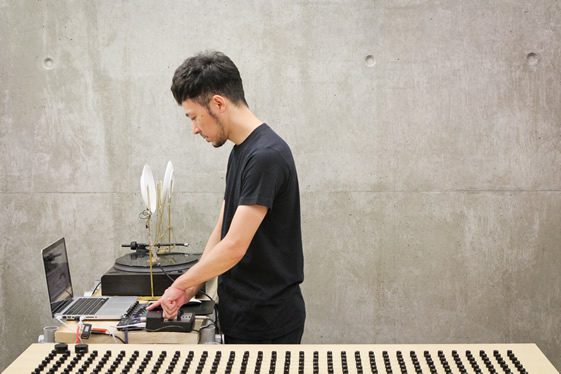 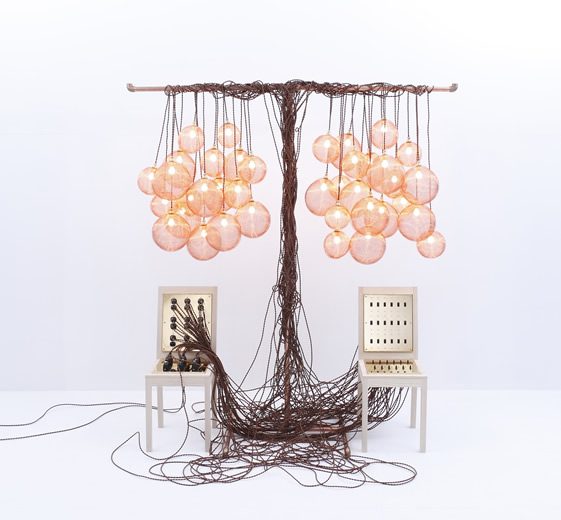 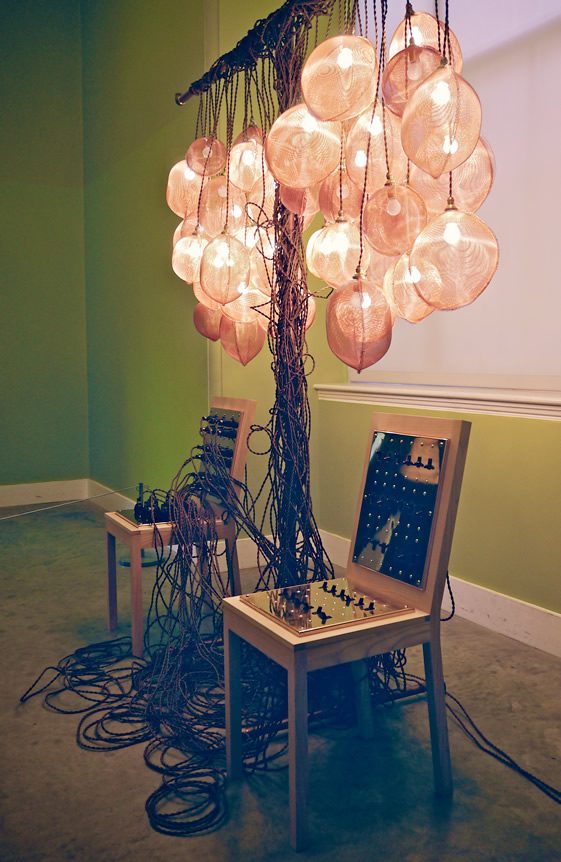 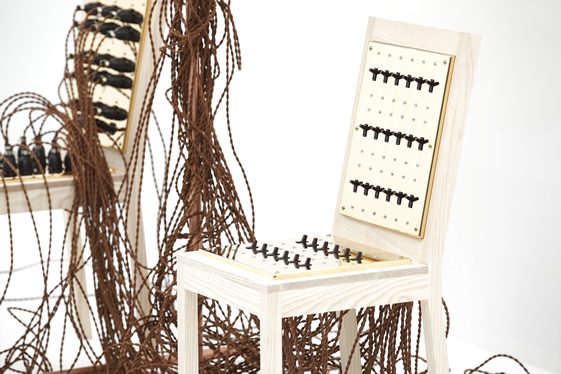 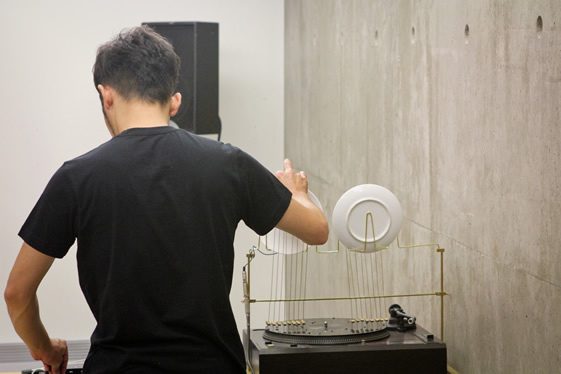 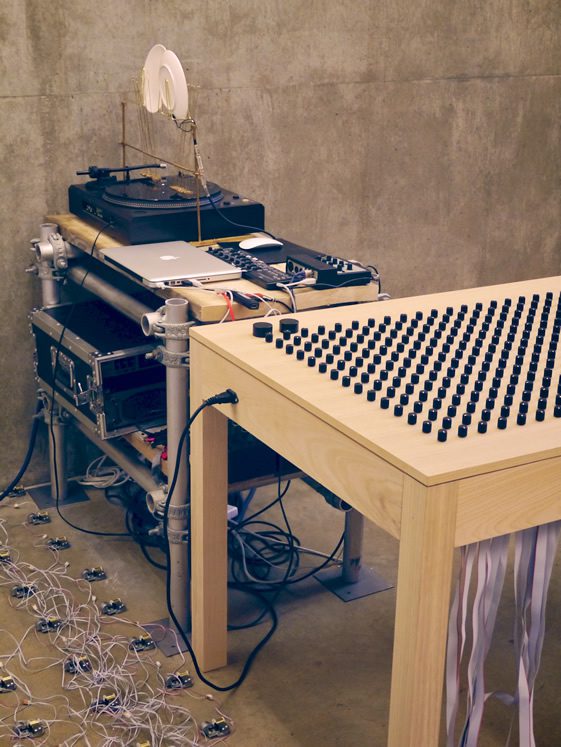 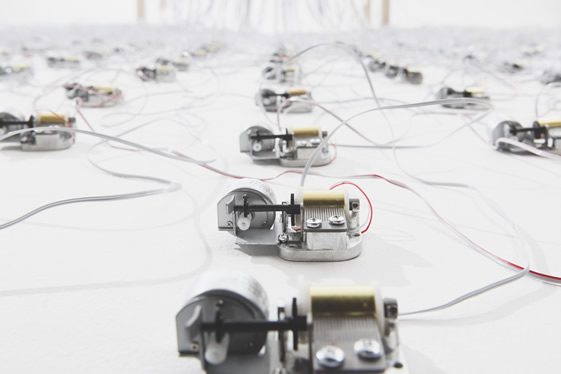