I just happened to be hanging about in King’s Cross… well it is the place to be at the moment right? Let’s pop down to the Filling Station (KXFS, as it’s now known) I said, they do prosecco on tap! It’s early dusk and the landscape a mixed bag of new construction; the glass fronted Guardian building and the old railway station, with cranes and clouds in the sky. Quite magical really but I didn’t bag on witnessing the never-seen-before commission for the Vauxhall Ampera Season of X, by the award winning Max Hattler.

A futuristic animated film projected onto a high-powered jet of water, floating in the middle of the canal. The screen of pressured water formed a 10×15 metre screen on which the geometric shapes curiously danced around, and – accompanied by the soft and trippy sounds of Eduardo Noyaschreus – the space-age holograms hovered eerily over the night sky for six sublime minutes.

Ok, it may well be just another car manufacturer commissioning art to sell a product, but really, who cares? This “psychedelic geometric ballet”, as Max describes himself, was six minutes of pure visual escapism… I literally could have watched for hours. Hypnotic and hugely innovative, go see it before the evening screenings end this Sunday (16th September). 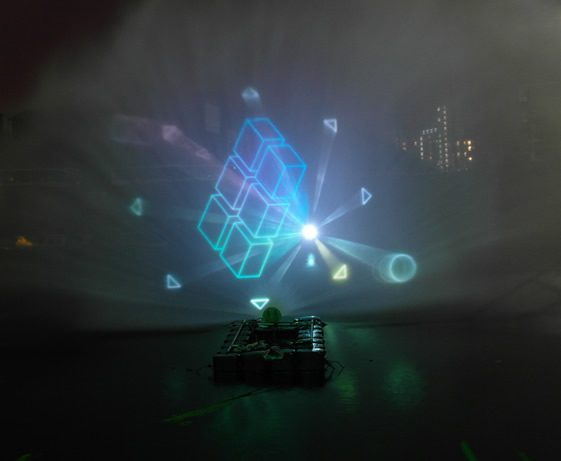 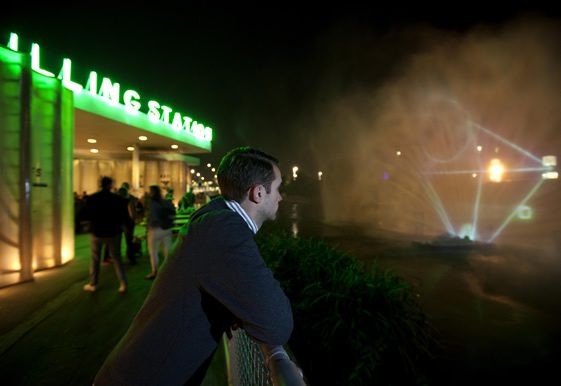 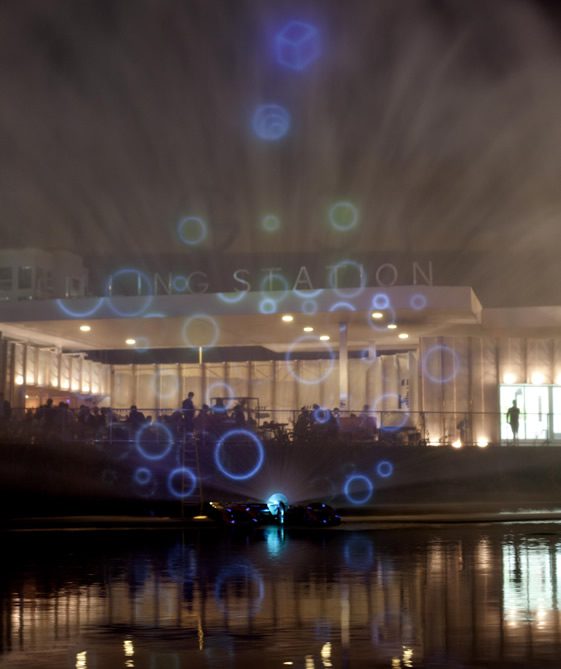 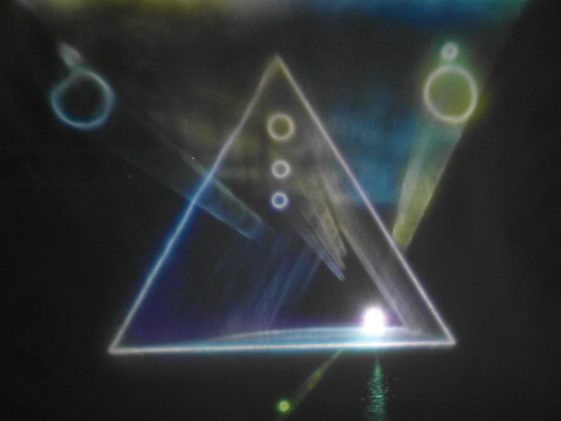 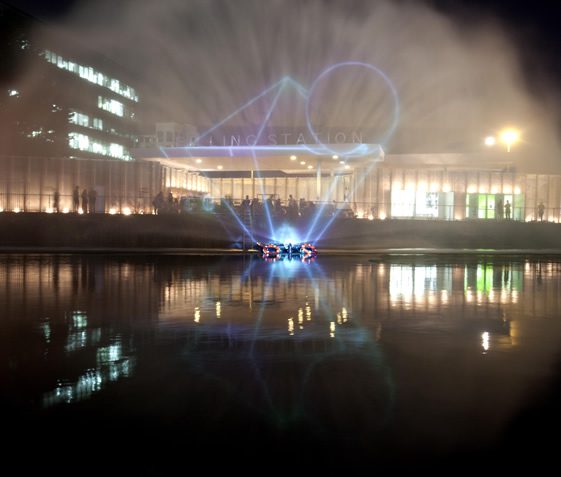 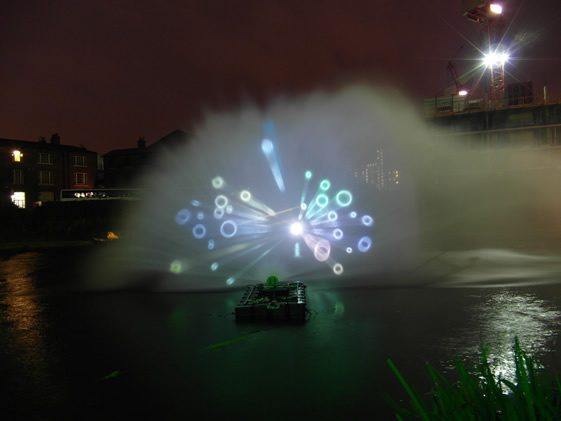 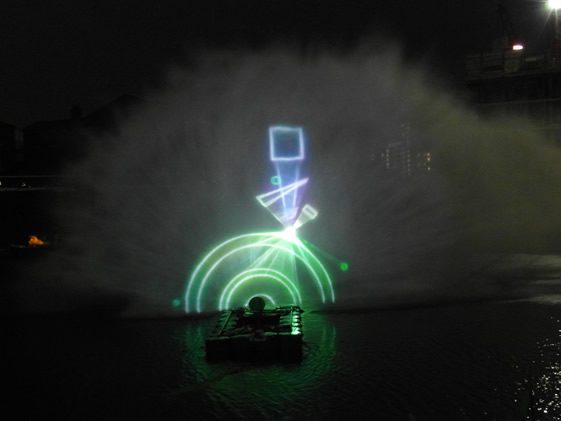 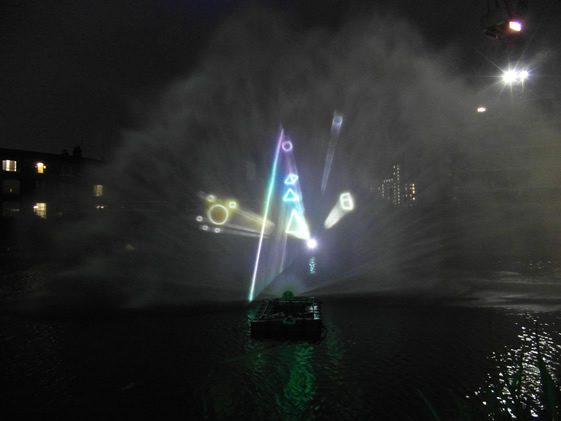