Monsters, wenches, tattooed dolls, robots and mermaids… Liam Barrett‘s world is one of fantasy, mystery and absolutely shit-loads of fun. Having created his curious brand of illustrative wonder for the likes of Urban Outfitters, Vice, and NoBrow, Bristol-based Barrett is hastily carving himself his own little illustration niche, thanks to a unique style that’s retro-infused, brazen, ballsy, and deeply charming – all in equal measures.

As an illustrator whose star is unwavering in its ascendency, we spoke to Liam about folklore, inspirations, British creativity, and David Hockney running the 100m, while puffing on a ciggy… 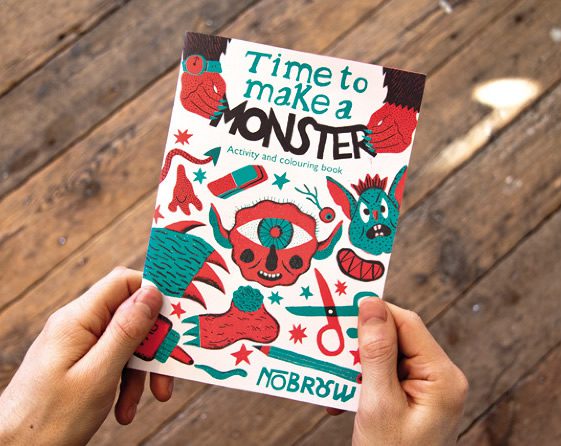 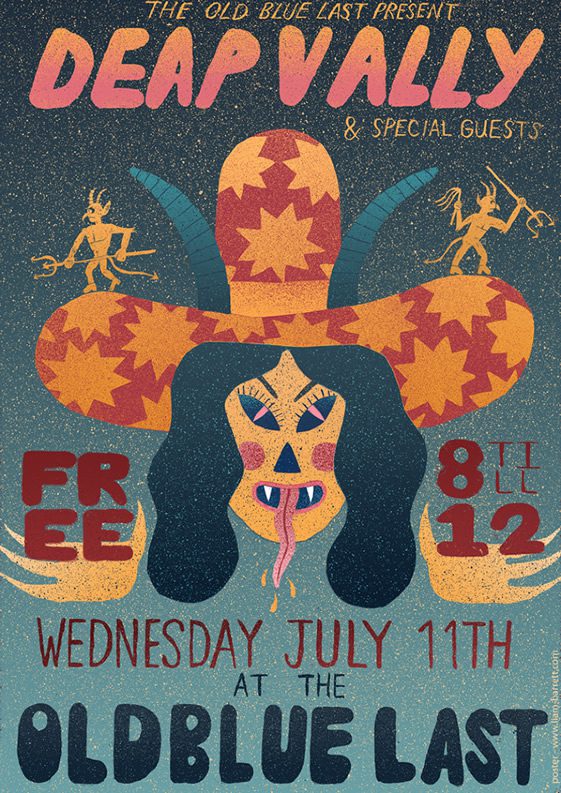 I’m originally from an ex mining town in South Wales called Tonypandy. Which is near a place called Pontypridd. Fireman Sam is from Pontypandy a mixture of both the names. Fun fact.

I now live and work in Bristol, a really nice place where the houses are colourful and you’re never more than ten feet away from a crusty.

Not completely, I think circumstance affects it more. For instance, rent is pretty low and that means I can spend more time making things. A lot of my favourite artists live in Bristol and seeing their work while at uni definitely affected it in a good way.

Coming from a working class family in South Wales has, both my parents work very hard. I try to do the same, I put a lot of hours in and I always try to deliver my best work. 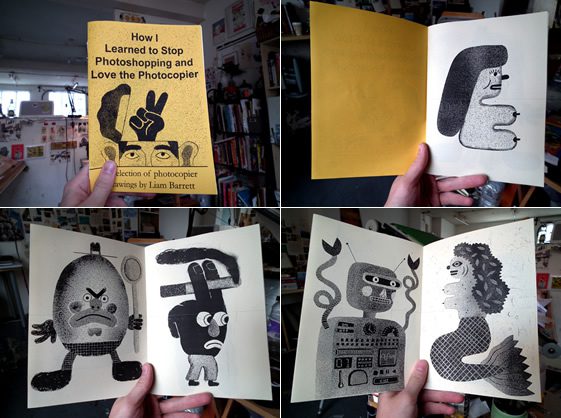 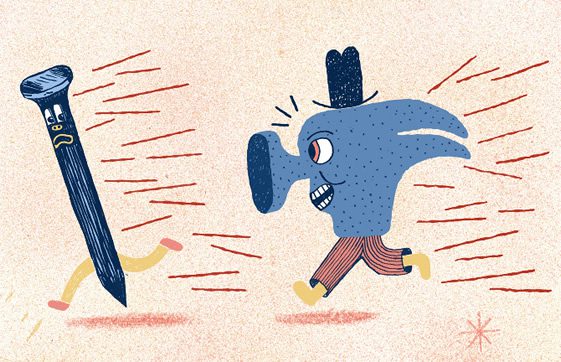 Sometimes. I’ve done prints and work for the Museum of British Folklore, I really like the symbology and stories. Especially stories involving the Devil, he’s a pretty tragic character. He’s a bit daft, and nothing really goes right for him.

There are many but here are three: Alan Aldridge, Ivor Cutler and Jon McNaught.

Nobody in particularly – but anyone who can help make a film/animation, or print fabric/make clothes. 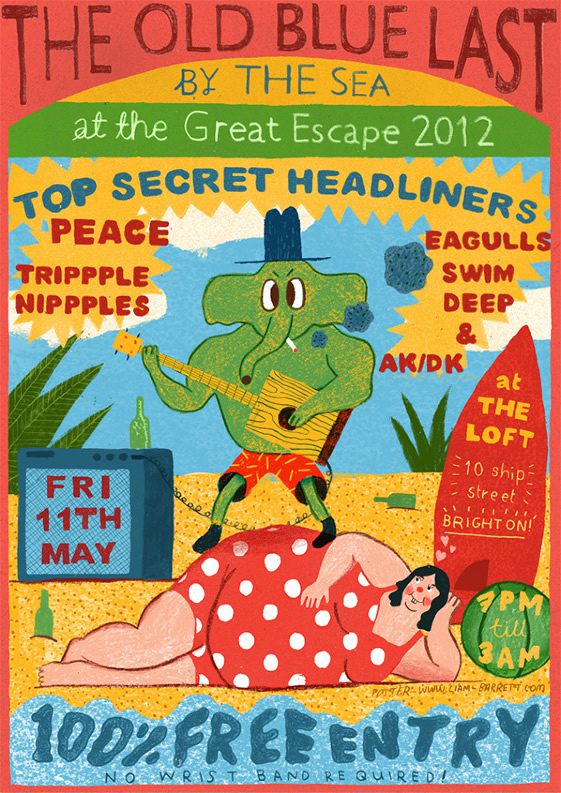 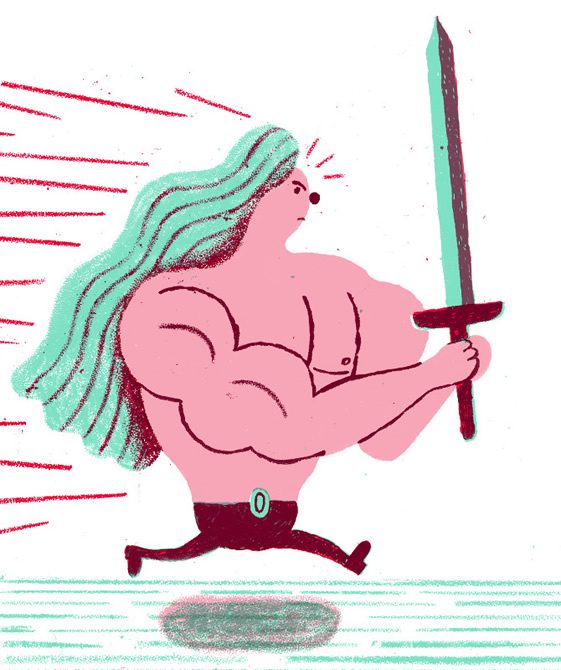 I’d choose David Hockney, he’s world class but it wouldn’t have to be competing in creativity: I’d like to see Hockers running the 100m, while puffing on a ciggy.

Not really advice but there’s something Alan Aldrige said in an interview that’s always in my head. To paraphrase: “I like the idea of complete ephemera. I want to do a piece today and forget about it by midnight, then I want something else”. 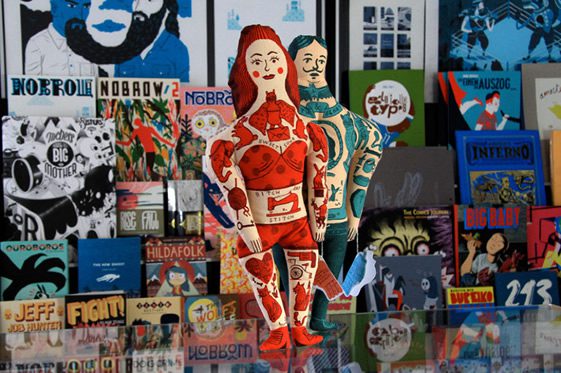 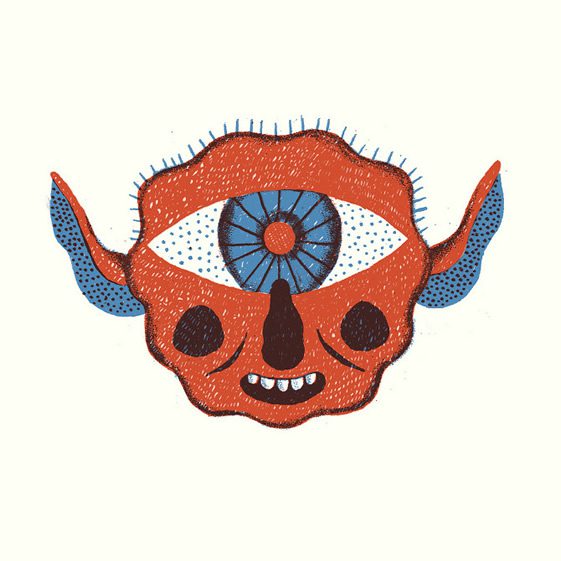 If you’re buying; a gin and tonic with ice, please.

An exhibition at my favourite shop/galley in Bristol, The Here Gallery. That’s with Rose Robbins, Jack Teagle and Simon Daly; in September. And, hopefully a collaborative book with my friend across the pond Erik Winkowski. 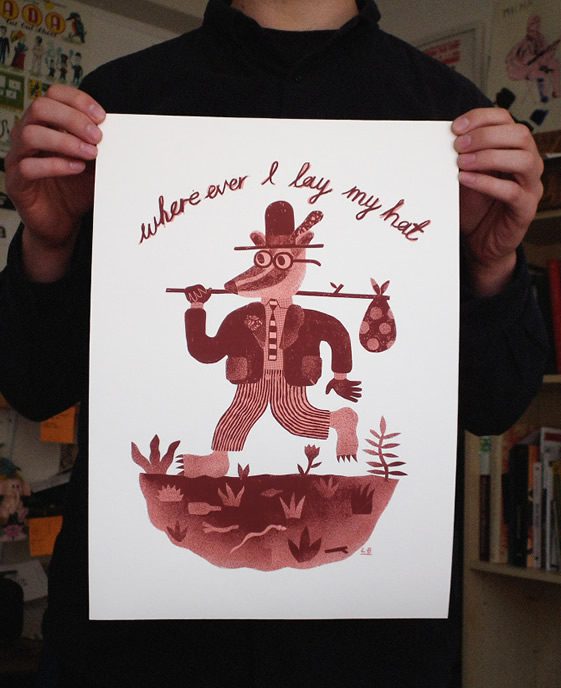