Dating from the 1960s to the 1980s, this is a collection of Soviet-era postcards showcasing brutalist concrete hotels, statues, monuments, and striking tower blocks—each giving viewers a peek into the former Eastern Bloc at a time when its architecture was deemed the bright future of communism. 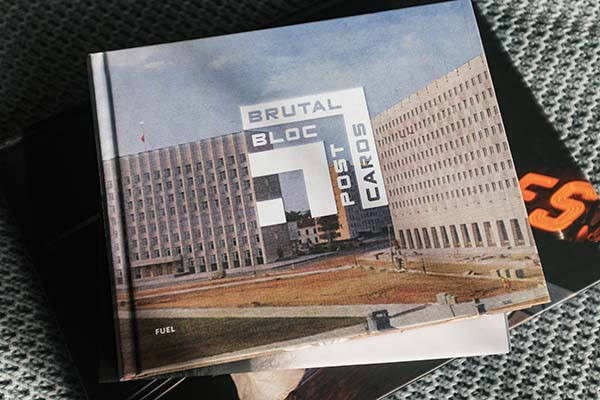 Compiled in a 192-page hardback published by FUEL, Brutal Bloc Postcards takes the reader on a nostalgic journey, the iconic postcard—once a staple of any holiday, all but replaced by modern day technology—serving as a reminder of places visited the world over; in this case, records of living within the Eastern Bloc; a stark contrast to the abandoned Soviet shells we’ve grown accustomed to.

“This collection is rather the obverse of architectural photography,” writes respected author, architecture critic, and television presenter, Jonathan Meades, in his brilliant foreword. “It is artless and unwittingly truthful despite the chromatic delinquency of film stocks such as Svema Isopanchrom which was polarising: brilliantly hued ‘props’ (cars, buses, clothes, flowerbeds) would bleed while neutral colours were etiolated, so diminishing the composition’s prime subject in a hazy occlusion and absence of (figurative) focus.” What we’re presented with is an unparalleled insight into life behind the Iron Curtain, a document of living alongside these uncomfortable architectural gems. 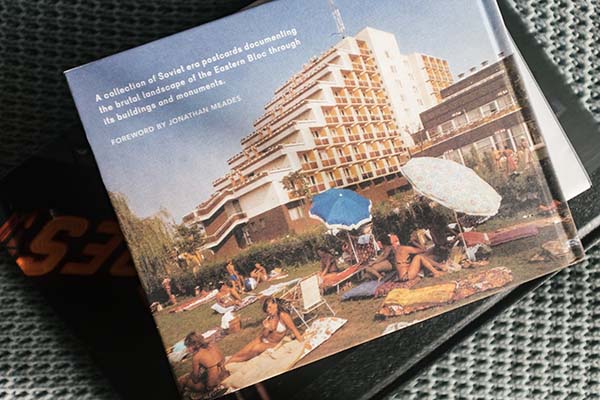 The circular Abraham Miletsky-built Salut Hotel in Kiev; Lake Ladoga’s Broken Ring Monument; the 18-storey Ministry of Highway Construction in Tbilisi; the positively alien Buzludzha Monument in the Central Balkan Mountains; and the imposing Monument to V. I. Lenin, a statue by Sergey Merkurov dedicated to the founder of the Soviet Union, toppled from its pedestal and crushed by a disgruntled mob in 2013. Each saturated image acts as a window through which we can examine these famous monuments as they existed during communism; a revealing insight into Soviet society in a time when the West knew little.

Sanctioned by the authorities with intent to show the world what living in the Soviet Union was really like, Brutal Bloc Postcards—interspersed with quotes from prominent figures of the time—collates these poignant and surreal archives of a forgotten time. A vital compilation of perverse nostalgia. 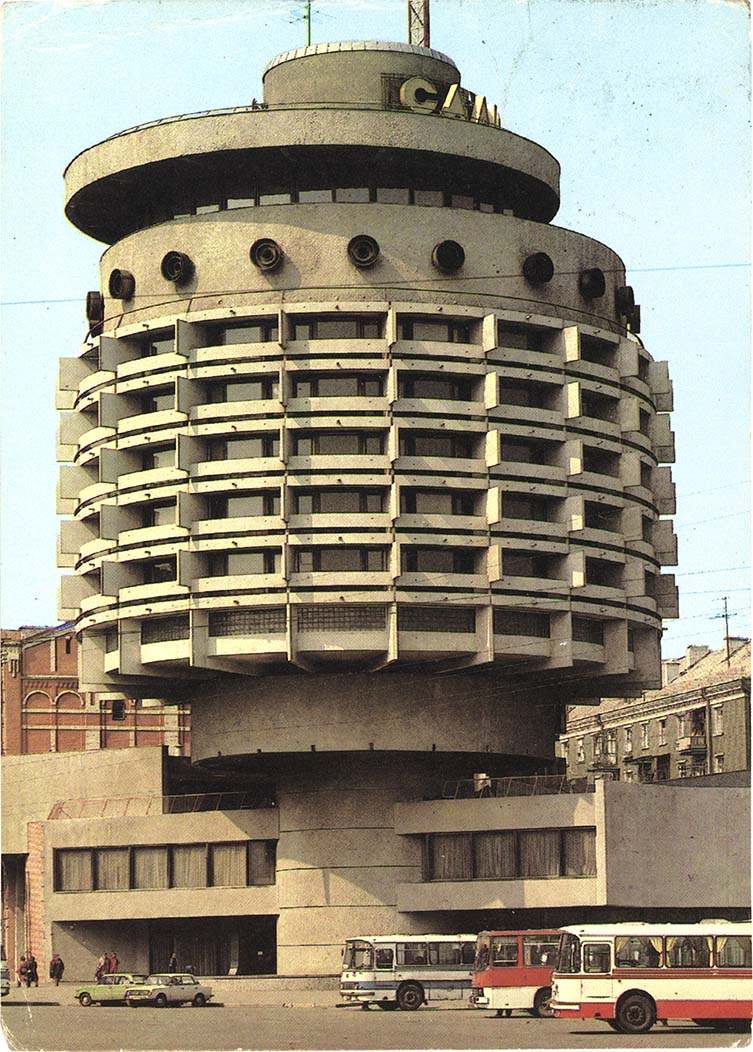 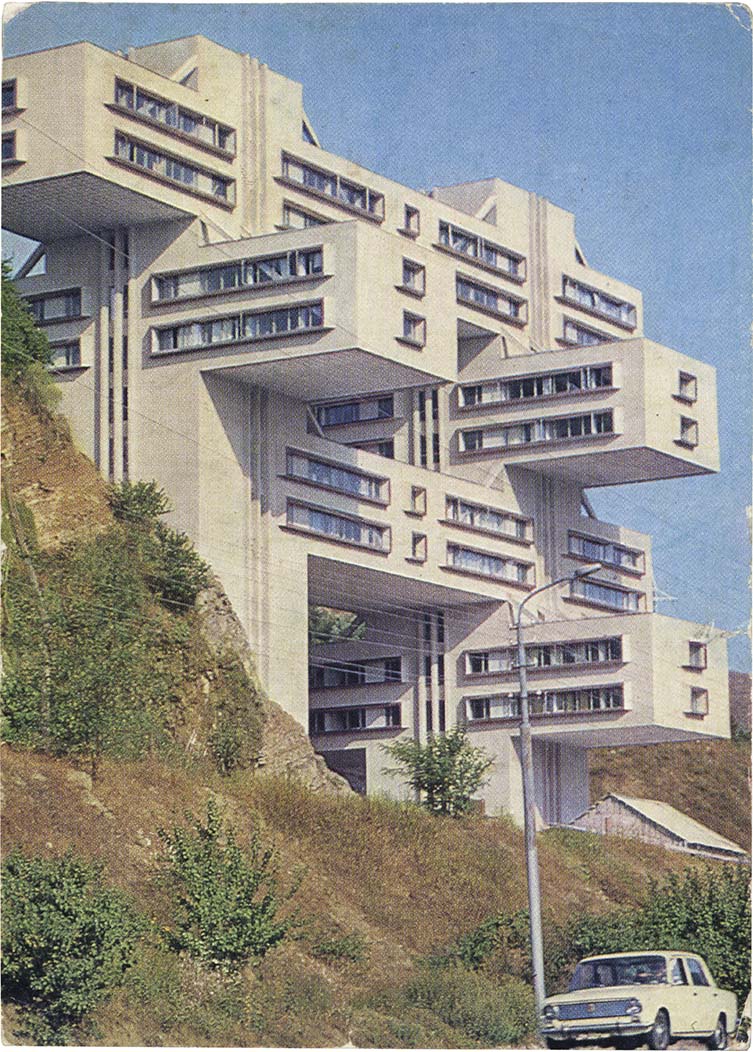 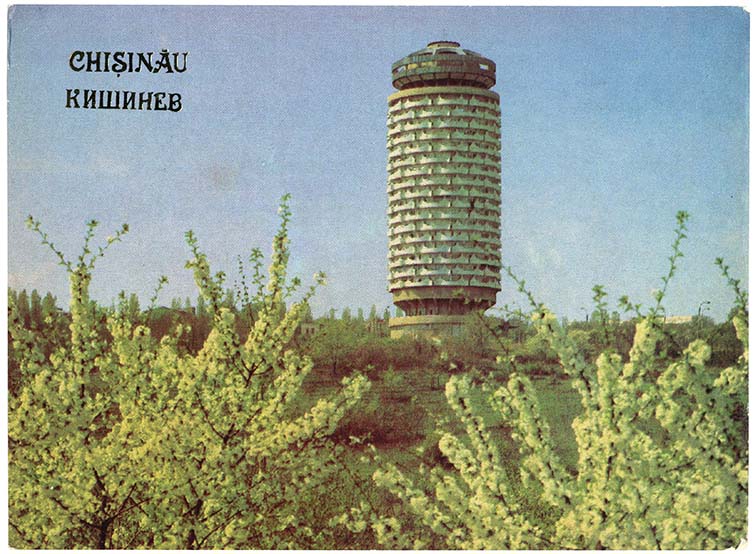 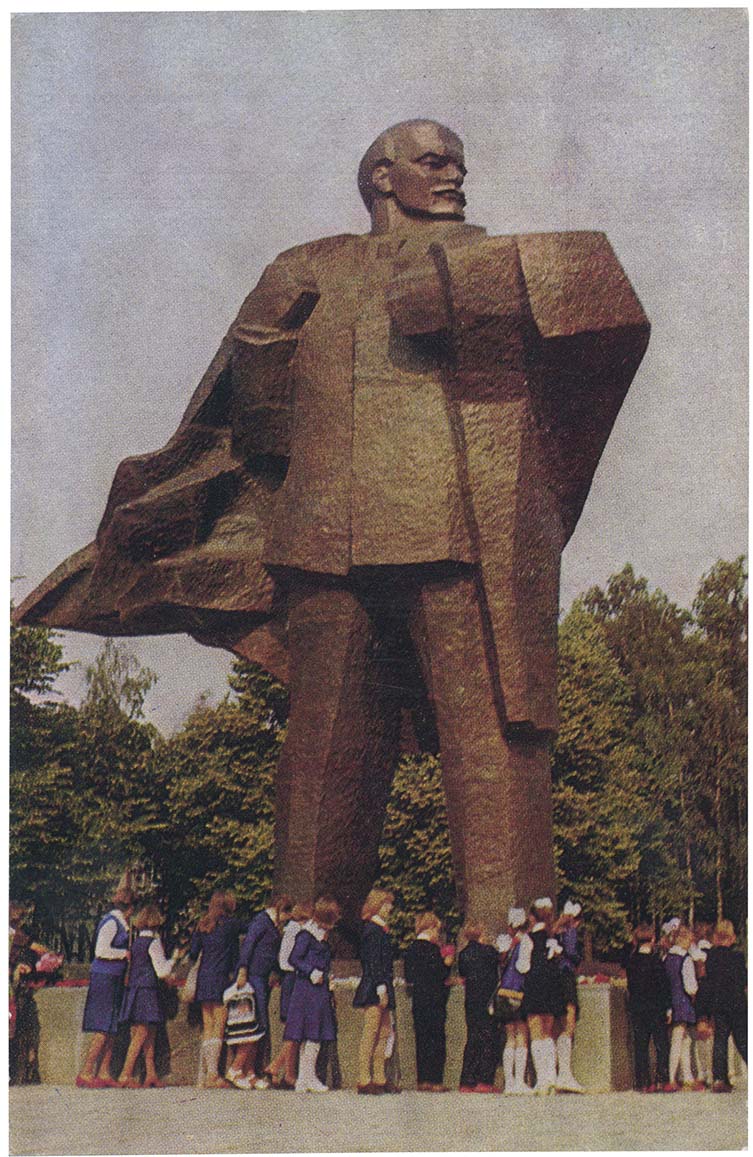 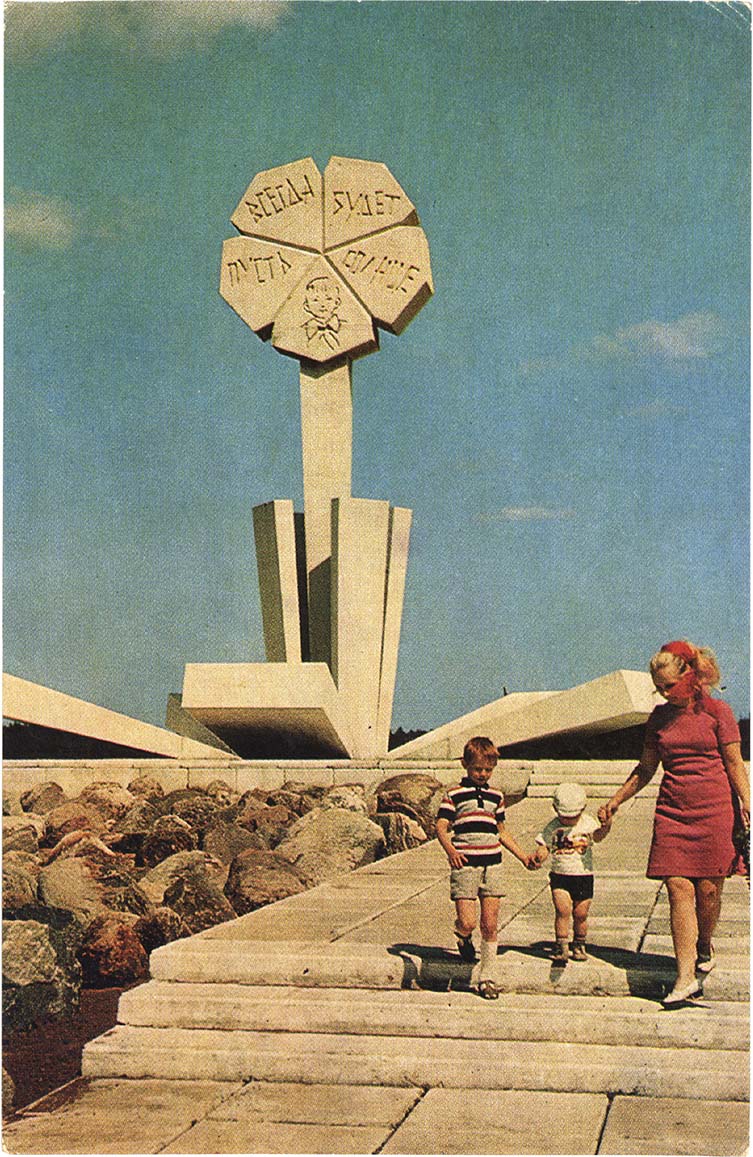 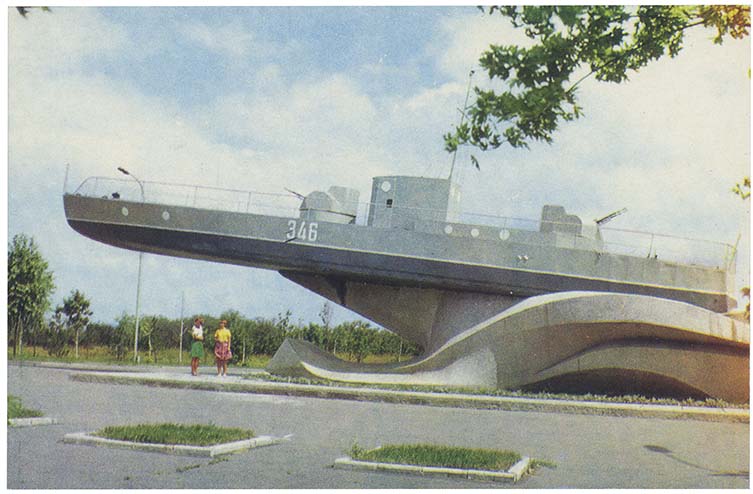 Related Story: The Soviet designers who tackled their hard-drinking public’s demons one powerful poster at a time… 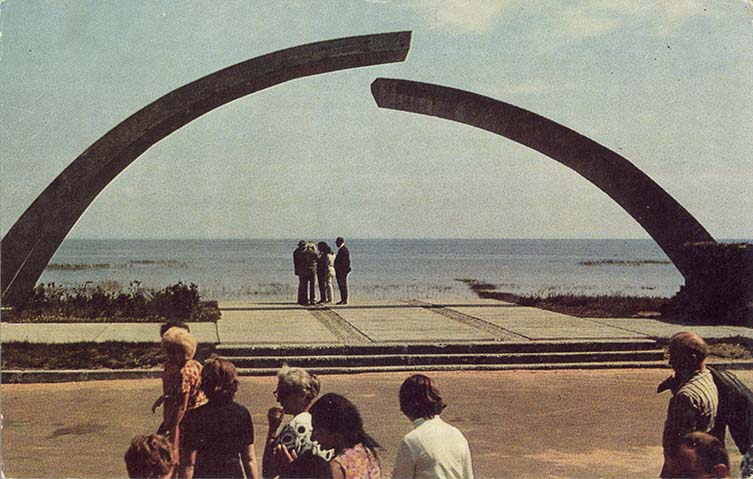 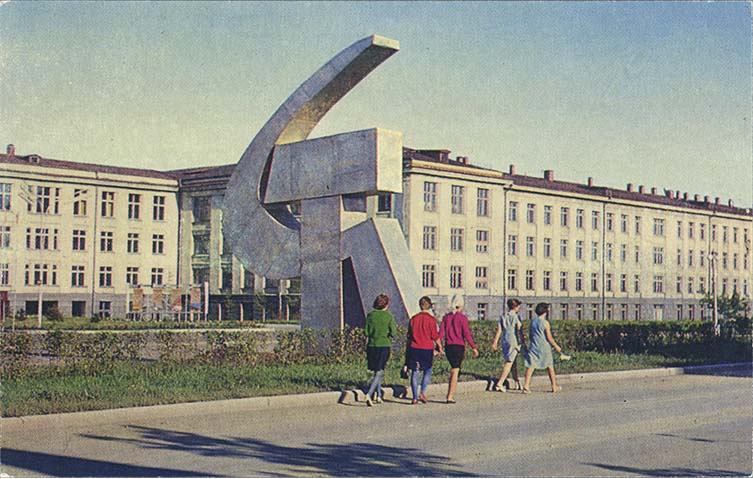 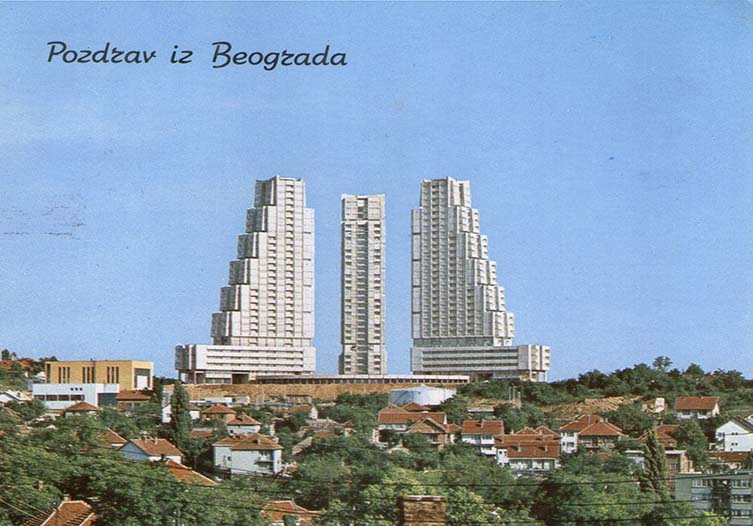 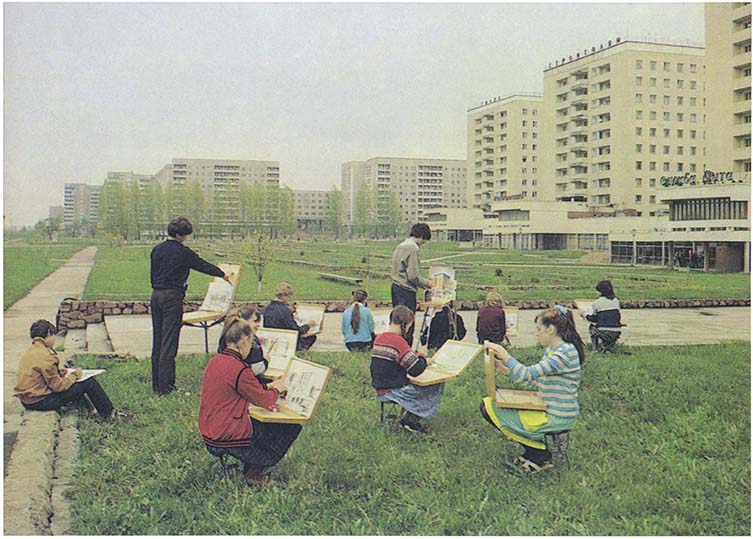 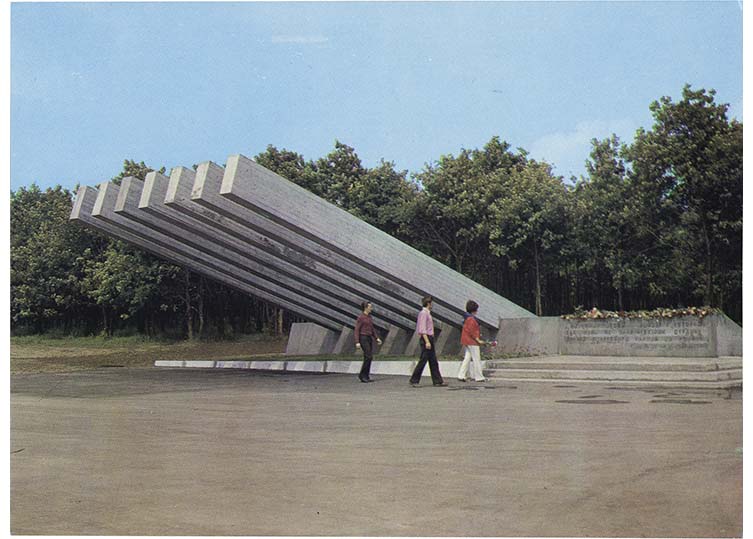 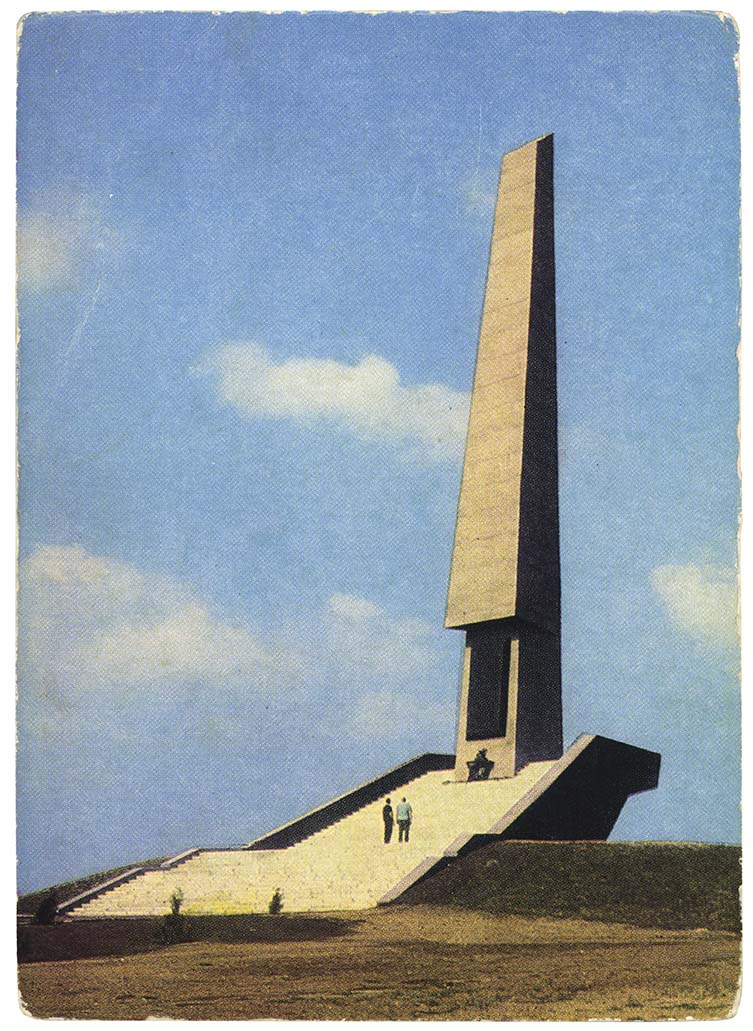 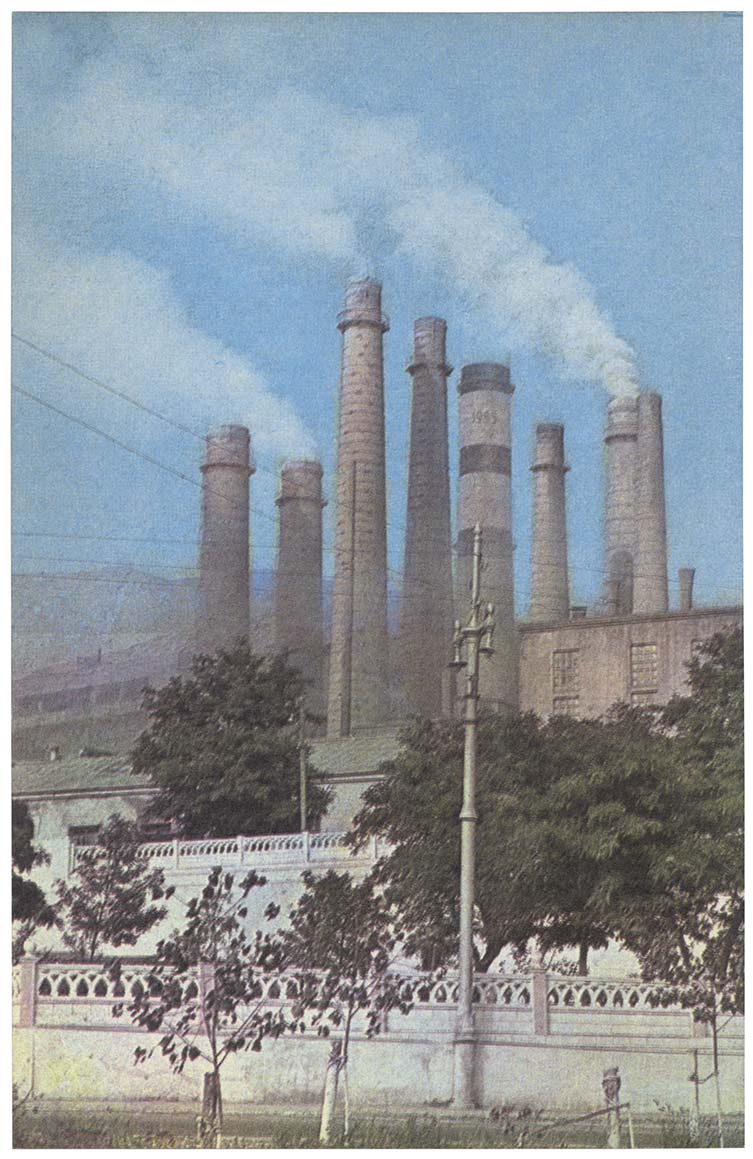 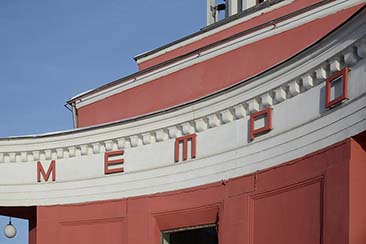 The imposing architecture of Moscow's metro system is mapped in the latest edition from design-led cartographers...

Nikolai Vassiliev​, an author and historian specialising in architecture and urban history, has collaborated once more with Blue Crow Media. Following the 2016-published Constructivist Moscow Map, the publisher's ongoing series of architecture and...

Built under Stalin and the USSR’s later leaders, Soviet sanatoriums were a place for workers to holiday courtesy of a state-funded voucher system. Conceived in the 1920s, millions of natives would travel to what are now considered architectural... 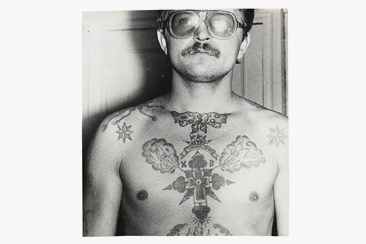 Soviet investigator's archive unlocks the key to the secret code of prison tattoos...

Russian prisons are some of the most notorious institutions around, with a fearsome reputation for inhuman brutality. Woe betide those criminals who find themselves thrown to the wolves caged within their walls – but spare a thought too for those...