It’s not all that often one gets to use a fun anti-Semitism anecdote as the opening to a piece (Mel Gibson still isn’t returning my calls), but today would seem to be the day.

‘It was one of the first things we did together — a performance piece — and for it we bought a load of various animal parts from a butcher on Bethnal Green Road,’ Emma and Emily of Beast & Burden tell me via email. ‘It went really well, but then we had all this stuff to dispose of, which we of course did as responsibly as we knew how.’ There were, naturally, complications. 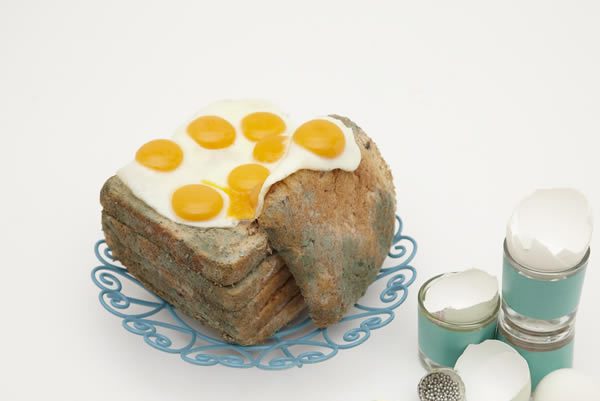 ‘We didn’t even consider that leaving multiple bags full of pig heads in the bins outside the library could have repercussions, and then all of a sudden the police were after us. Somebody found them and thought they were part of an anti-Semitic campaign.’

But why, you might well ask, did they have all the pig heads in the first place? Let’s circle back, as the marketing-types say. Beast & Burden is a multi-headed beast (sorry), an art-direction and set-design duo that’s equally renowned for its unique line in food sculpture. The former is more self-explanatory — you might have seen some of the lovely stuff they’ve done for Cutler and Gross or Fruk Magazine, for instance — so I start with the latter, in which they work with food-waste and what the squeamish would consider the ‘gross’ bits, making sculptures and installations that ask the viewer to rethink their entire aesthetic of waste and disgust. 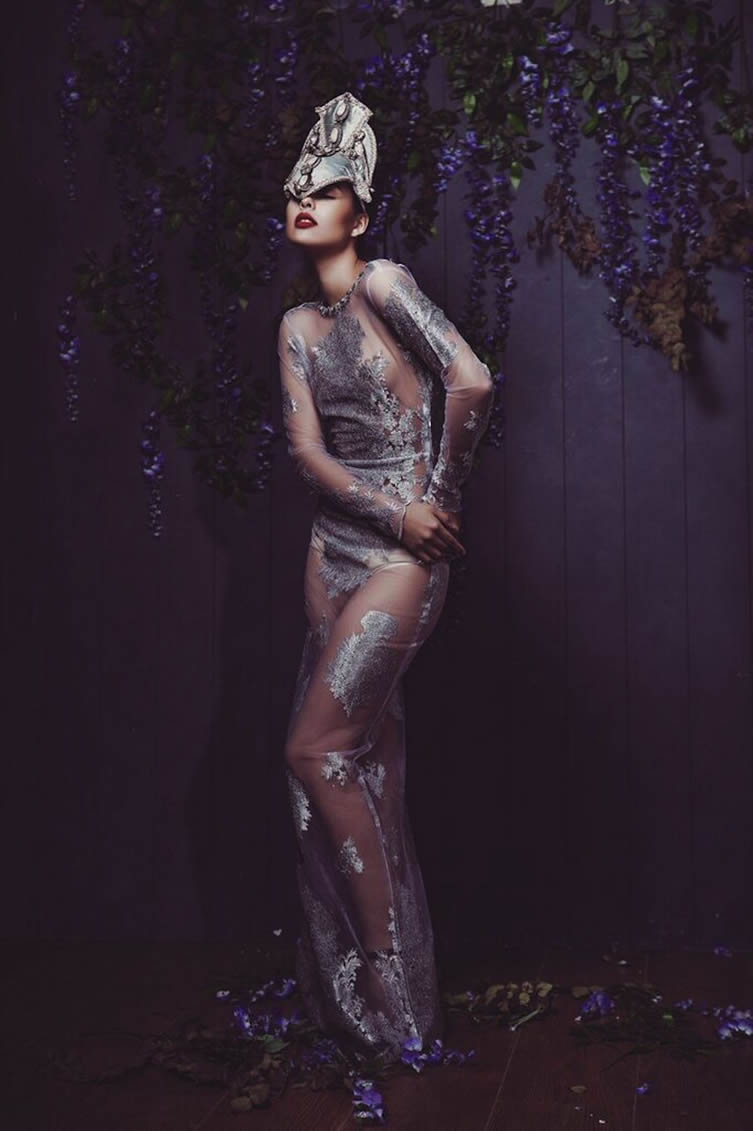 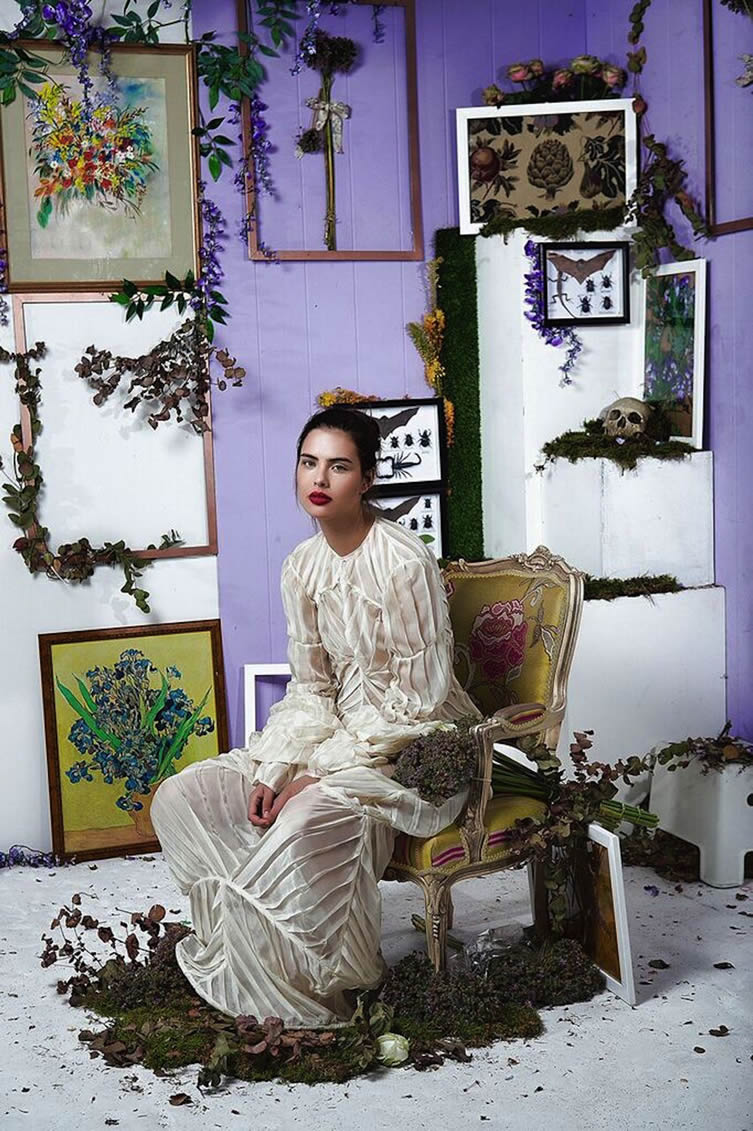 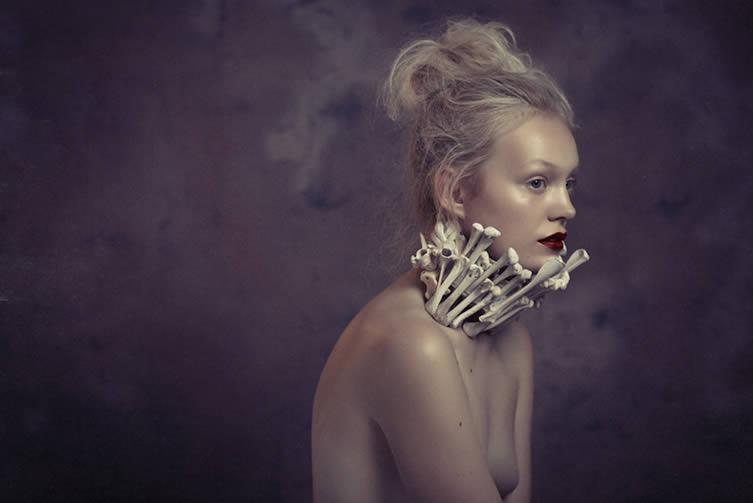 Looking at their bright fried eggs on mouldy bread, at the chicken-bone egg-holders, I think it’s fair to say there’s a grotesque aspect to the work. But given that they’re on record saying neither of them cook, how did the food connection come about in the first place? 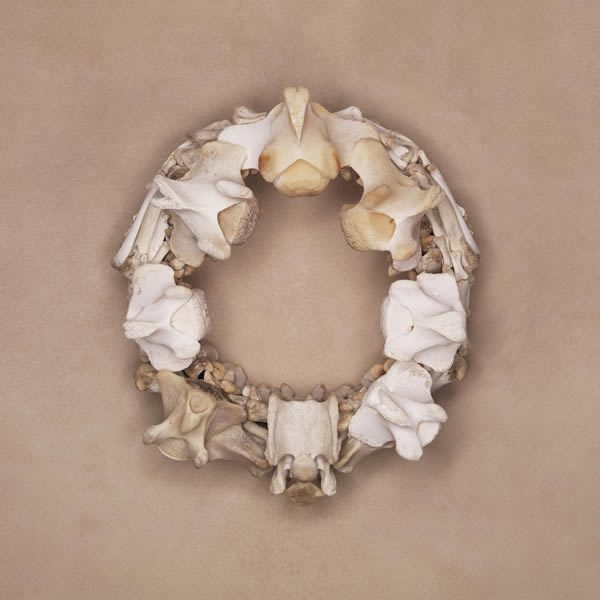 ‘Well, we do cook a little more now, actually. We’re not technically great or anything, but we get a huge amount of satisfaction out of using a whole animal from nose to tail, and getting art and dinner out of it at the same time. Increasingly so!’

‘But the grotesque angle was there from the beginning, too, with us being inspired by Tudor feasts for a project in our final year at Central Saint Martins — you know, those feasts where the chefs would craft monstrous tableaux by stitching together pigs and chickens and stuffing small birds into bigger ones. So there’s definitely an element of horror. But on the other hand, isn’t it more respectful to use the whole animal? We were really inspired by the more honest attitudes to food we saw in Southeast Asia. Plus, our favourites snacks are fish skins or bone marrow, so we have a relatively high tolerance …’

Waste, I venture, is very much an issue du jour. Was that opportunism on their part? Are they particularly interested in environmental issues? 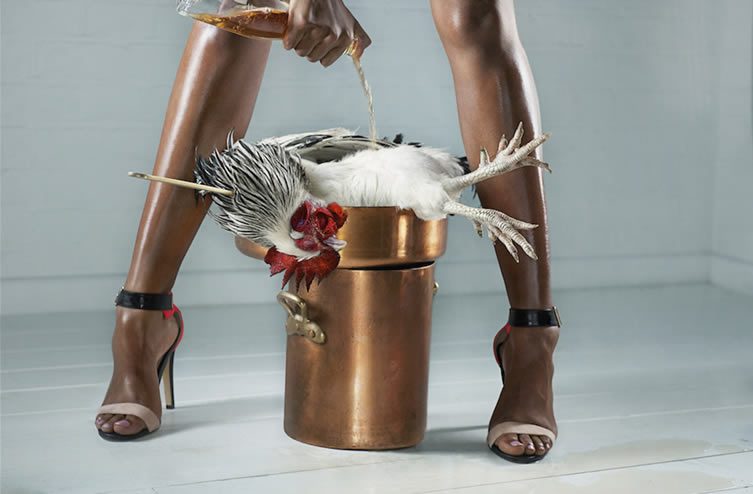 ‘Of course we’re interested, but it wasn’t calculated. We just kind of fell in love with bones and brains in the way that little boys are fascinated with worms in the garden.’ What’s more, they point out, they’re not the only ones. ‘A lot of people are actually starting to discover the various applications of bone in art and design — it’s so lightweight and strong, and also available as a cheap byproduct. Hideki Tokushige, Brynjar Sigurðarson and Kate McGuire are all doing really interesting things with bone.’ 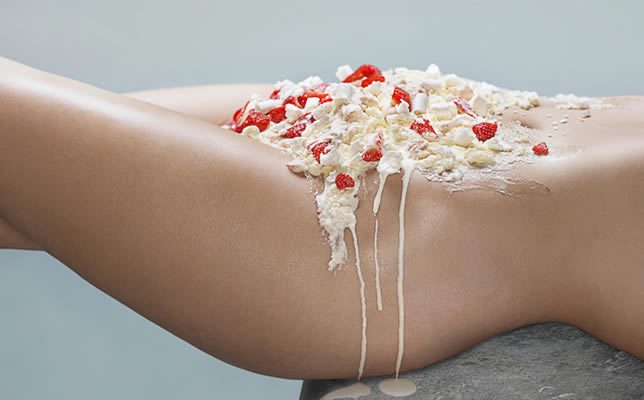 I’m entirely on-board with all of this — but I still bet they get a kick out of the reactions the more taboo-busting stuff must elicit, right?

‘Yes, totally, sometimes we’re snickering at the back of the class — partly because of how ridiculous it is to have these reactions given most people’s lifestyle. We took part in The Other Art Fair last October, and because it’s all set out in stands we got to see really honest reactions.’ I can almost hear their heads shaking. ‘There was one woman in a luxurious fur coat and leather boots who put our card straight back in the bowl when she realised the sculptures were made of bone.’ 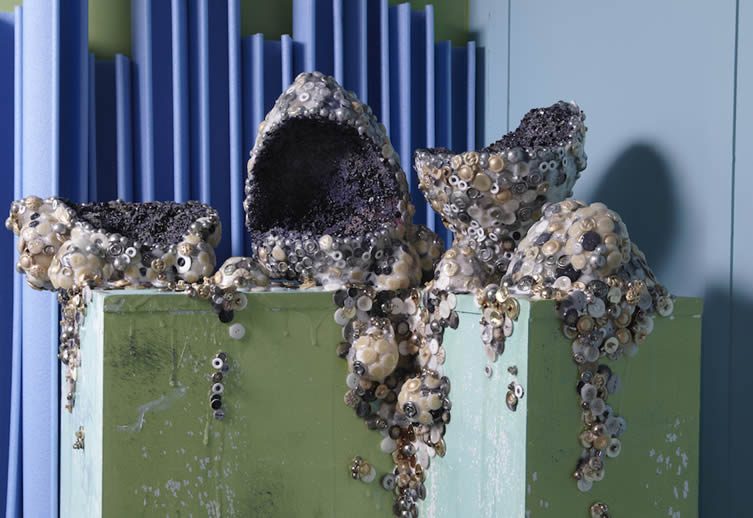 It’s also surprisingly funny, all this decay and waste and carcass. I suspect that’s intentional too. 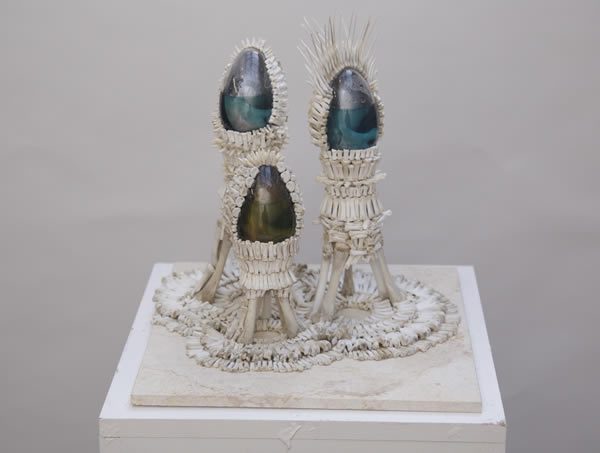 ‘Part of the reason we get along and work well together is because we share a sense of humour, so we’re definitely not taking it all too seriously. It’s supposed to be funny and interesting to look at, because it was certainly funny and interesting to make, you know? We sometimes have to split up and buckle down on separate projects at busy times, but the best days are when we get to hang out together in the studio or on a set, experimenting and bouncing off each other. That’s when we’re at our best.’

There’s plenty more we could talk about — their series of prints combining dead fish with sexual phrases is particularly charming, as you can imagine, and they’re hoping soon to start work on a book in collaboration with some of their favourite photographers — but at this point I let Beast & Burden get back to their bones. We wouldn’t want anything to go to waste, after all. 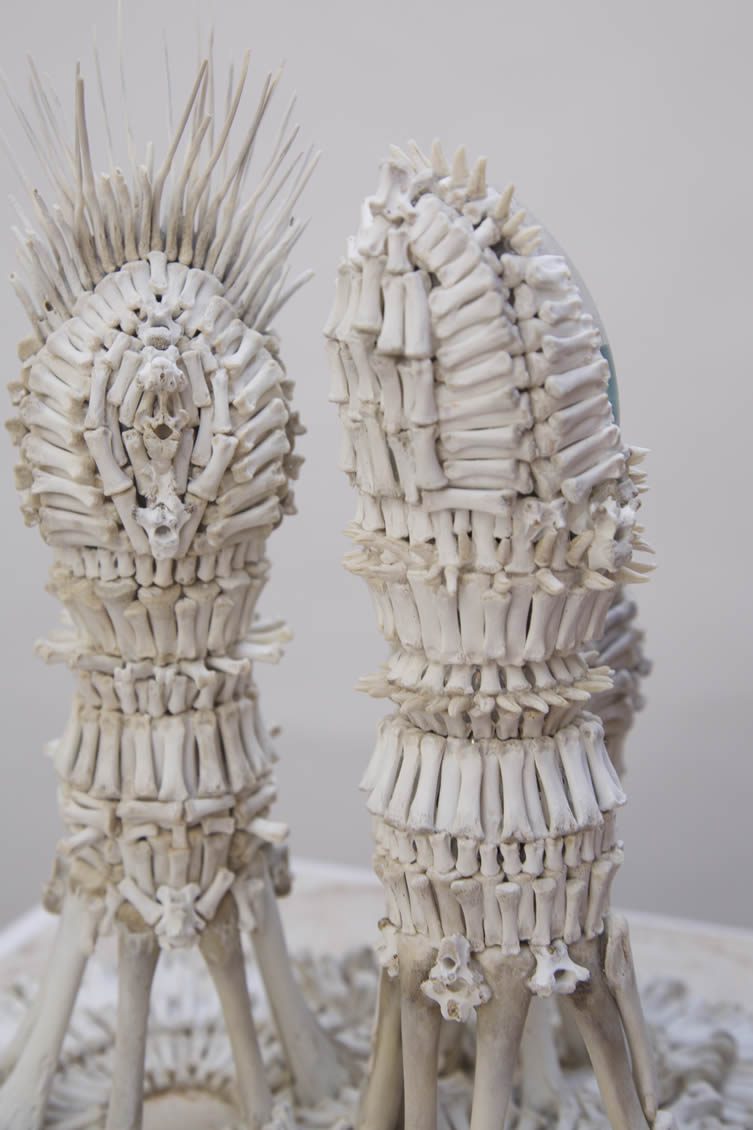 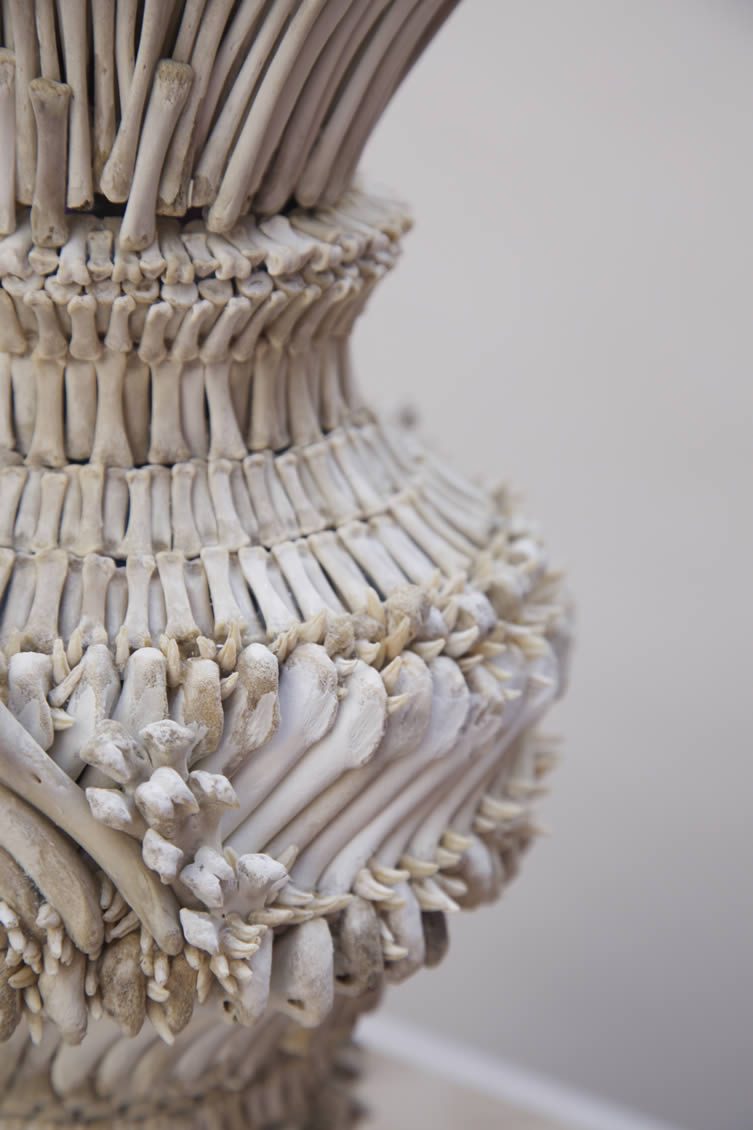 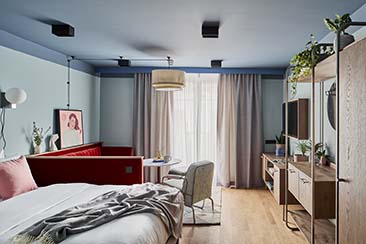