Larry Fink had begun his life on the farm as a “soft city hipster”, but six years of toiling on the land, and cutting down his own fuel from forest timber, had hardened him. In 1980, word came from Seattle Art Museum with an offer of a photography grant. Photograph something in Washington state – anything. It was enough money for three months, and Fink, made a logger by the necessity of survival, decided to seek out kindred spirits who made their living in this back-breaking way. 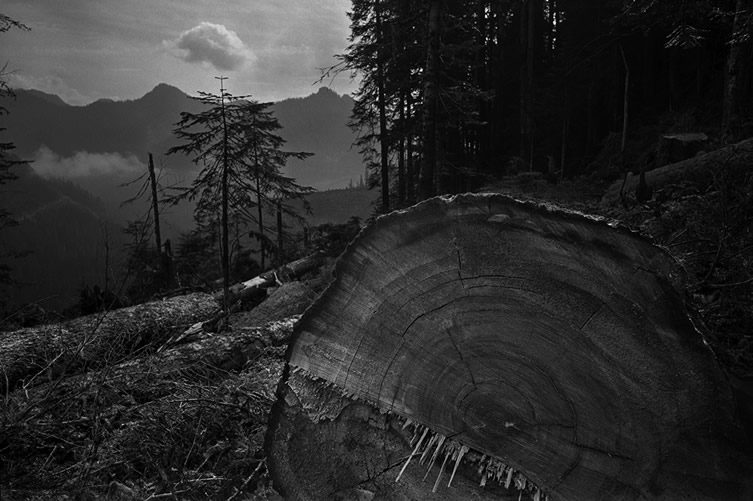 He enlisted the help of “gypo” (freelance) logger Dave McCardle, jumped in his truck and headed out into the wilderness to join up with an operation out of Camp Drisdale. The conditions were tough, and it was a rite of passage for Fink. The unforgiving environment, the gruff indifference of the loggers and the sheer danger of his situation. The photographer had to be on his mettle. Timing was everything, both in capturing his images at the critical moment and staying alive as the 350-year-old giants crashed around him. Opening the Sky, from publisher STANLEY / BARKER, presents his photographs from that life-changing adventure into the unknown wilds. The standard cloth-bound hardback edition comprises 112 pages and 48 duotone images, and there is also a limited edition wooden box set including a signed silver print. 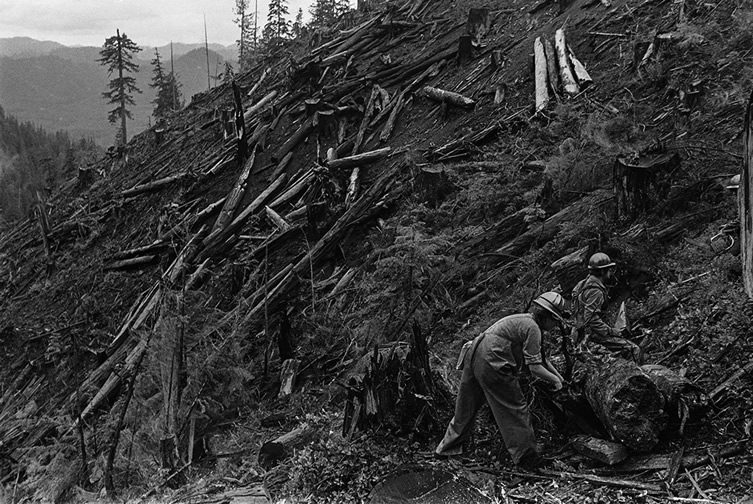 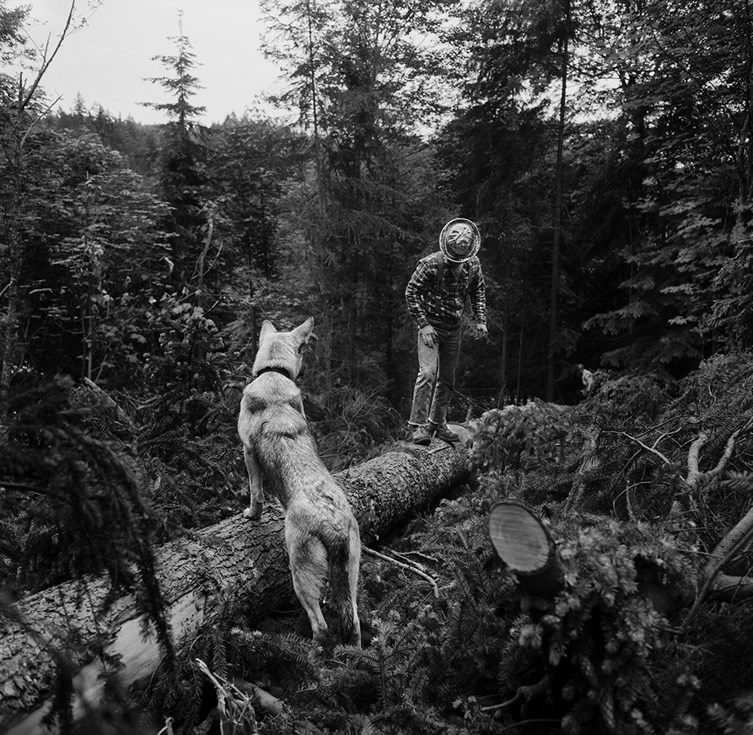 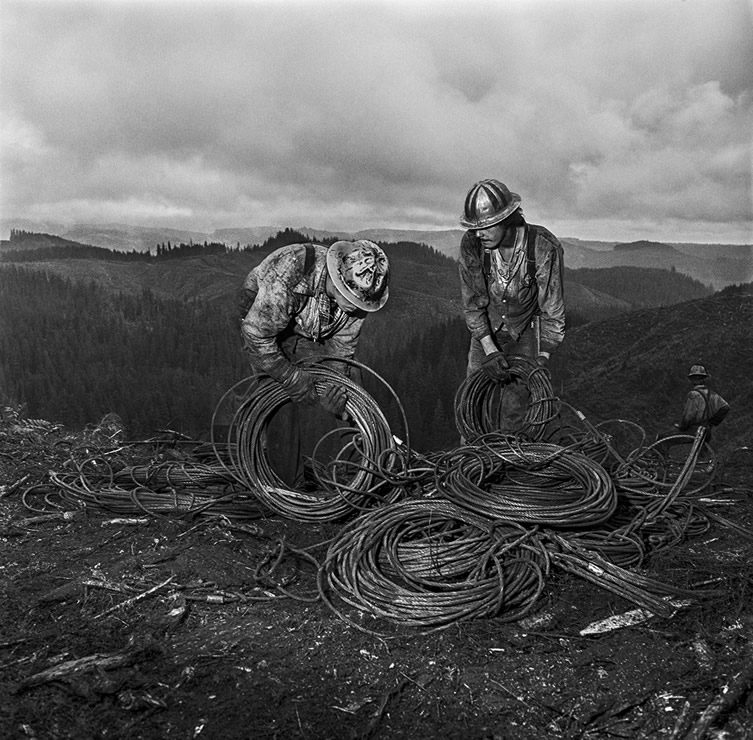 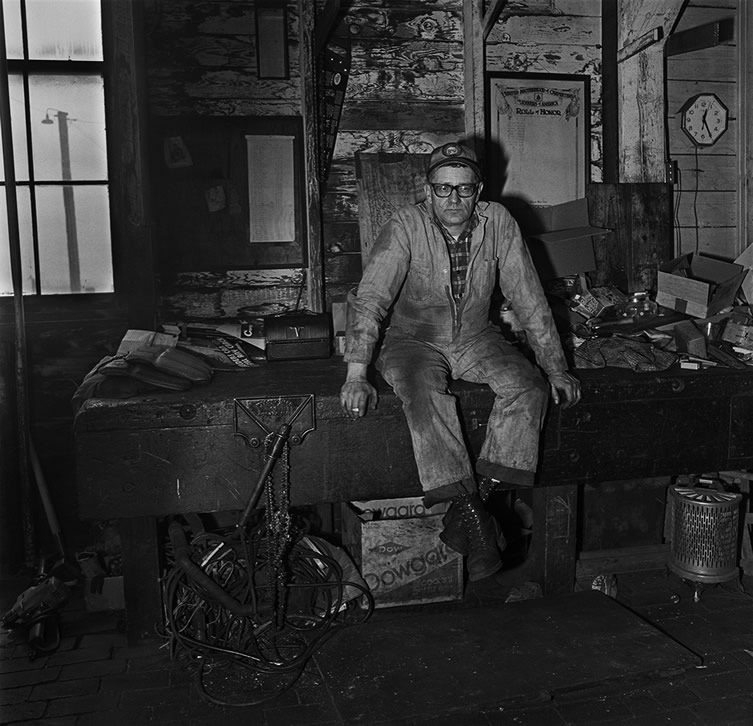 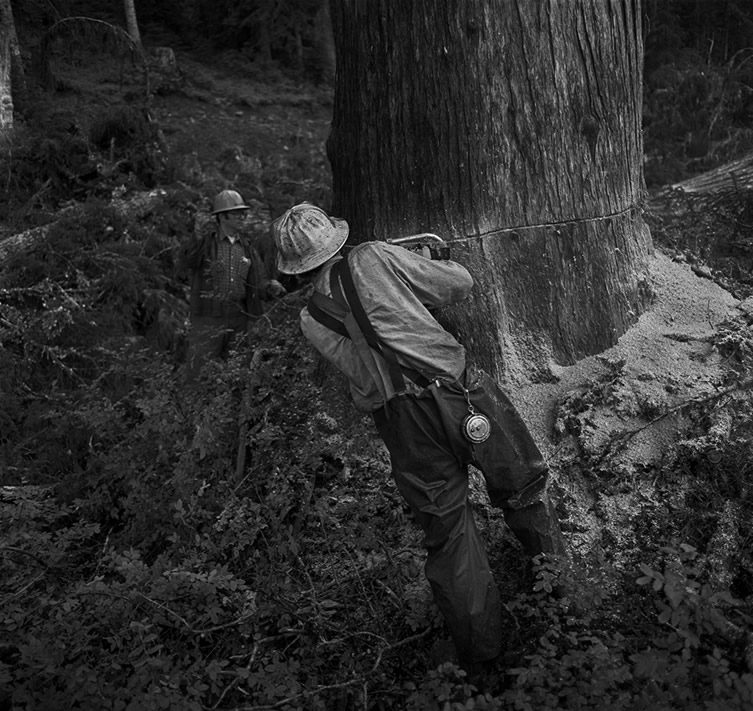 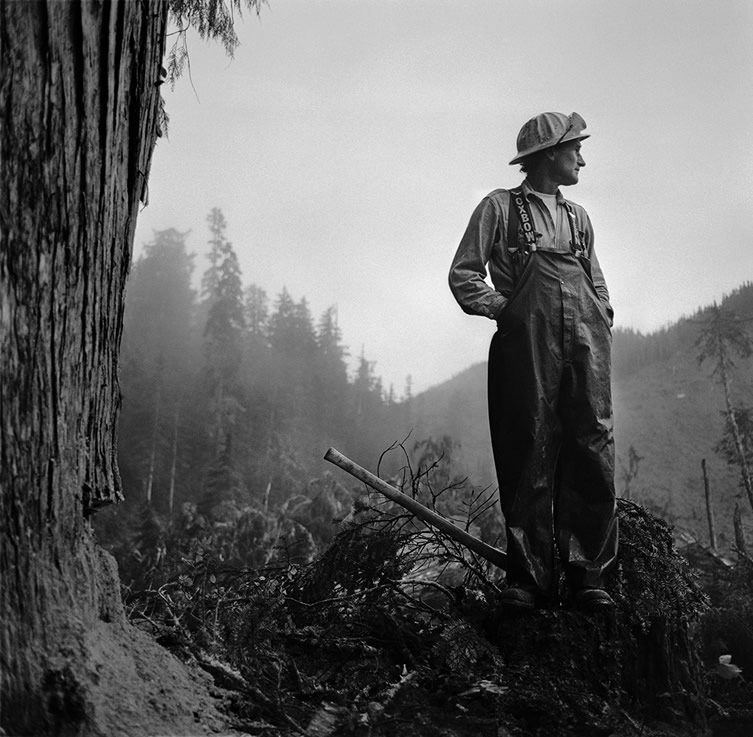