Total Artist is the subtitle of this collection of work by Adrian Henri, and it’s well-chosen judging by the number of strings that the Liverpool artist had to his bow. One third of a celebrated triumvirate of Merseybeat poets (along with Brian Patten and Roger McGough) who enjoyed great critical acclaim beginning in the 1960s, Henri was also a noted painter and a musician of some talent too. He combined writing and music as the founder member of poetry-rock group Liverpool Scene, which released four LPs, and performance remained one of the central pillars throughout his career.

Adrian Henri: Total Artist concentrates on his peak years spanning the ’60s and ’70s, and editor (and long-term partner) Catherine Marcangeli has curated a fittingly diverse selection of interesting material; paintings, collages, prints, artefacts and ephemera, rock posters, annotated scripts, correspondence and other rare archive material all feature in this well-presented edition from Occasional Papers, which also looks at the wider arts scene of the time while keeping Henri at the centre of the action. The artist died in 2000 aged 68, and he clearly made the most of every one of those years as this book, which includes 130 full-colour illustrations, so well attests. 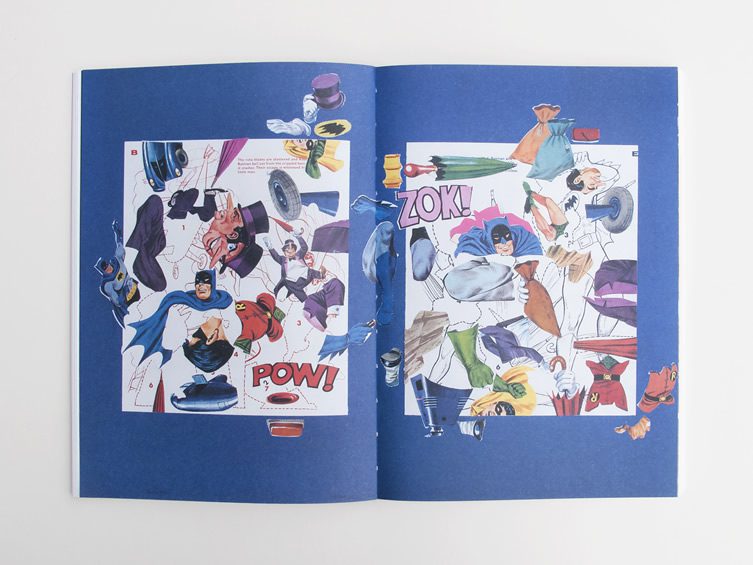 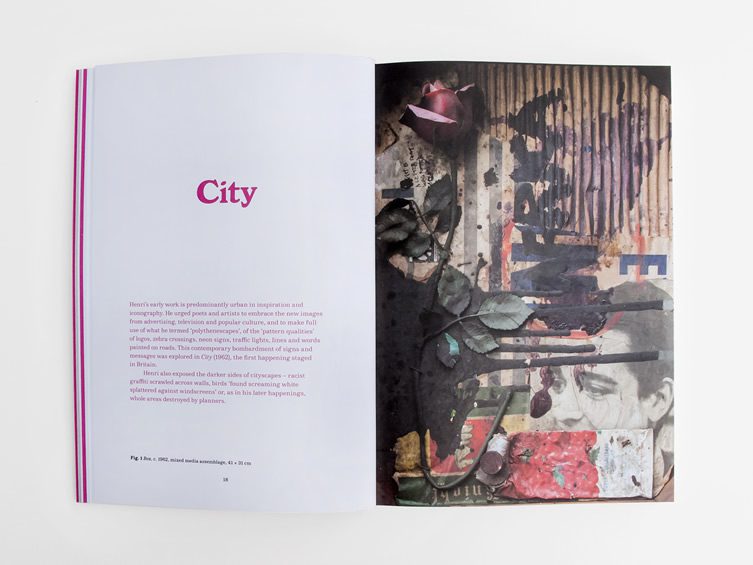 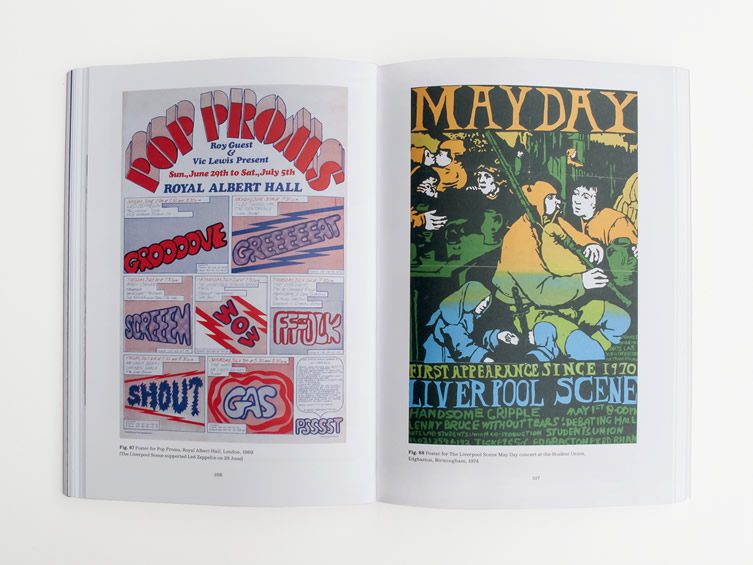 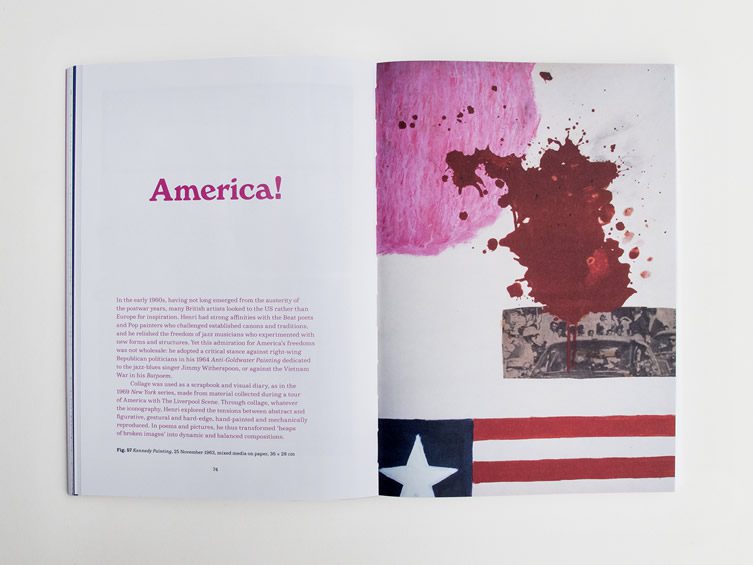 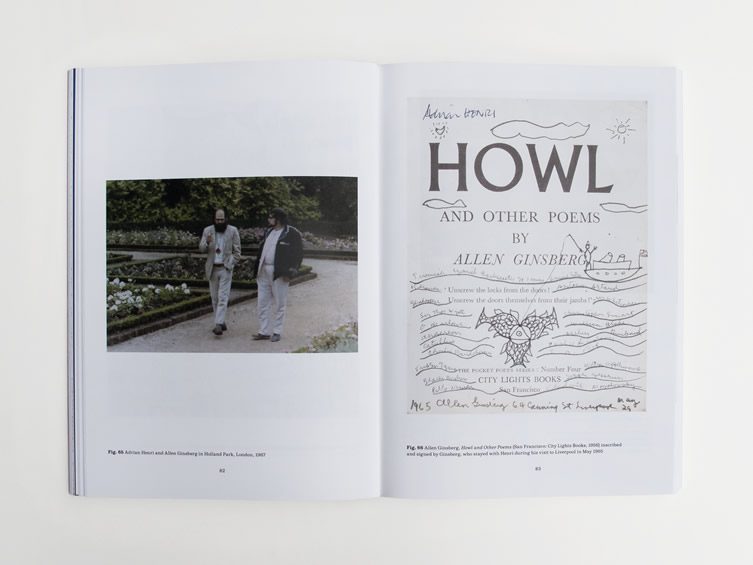 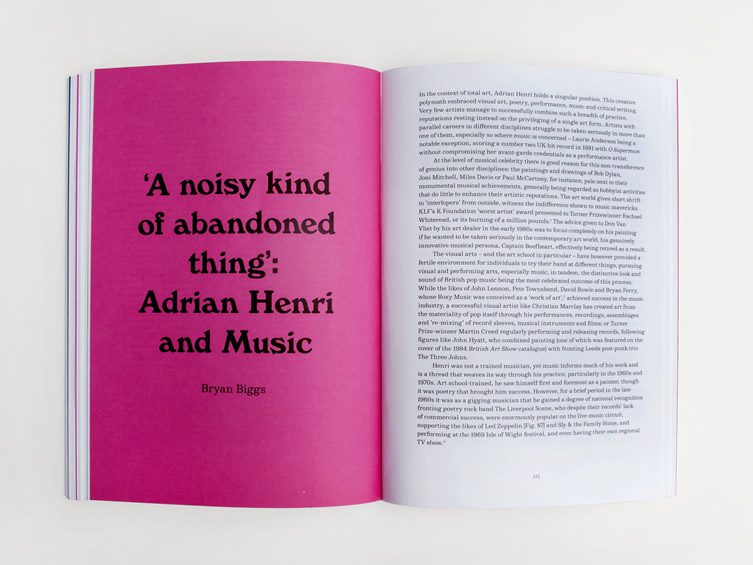 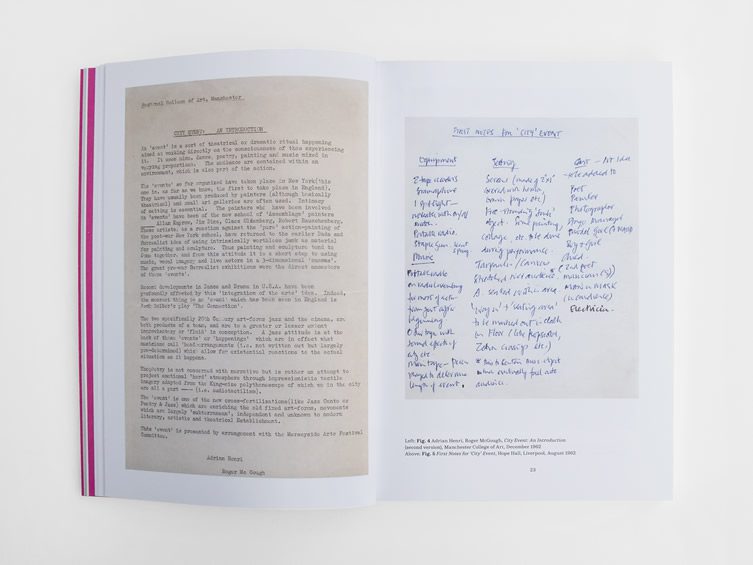