Boy, has this neighbourhood changed. Nowhere exemplifies the modern phenomenon of gentrification like New York’s Meatpacking District – a few square blocks of warehouses on Manhattan’s eastern Hudson waterfront that once ran slick with the business of death, but now reverberate with the energy of creation as the city’s epicentre of art and fashion.

The Meatpacking District suffered its initial industrial decline along with the rest of New York’s docklands, beginning in the 1960s with the rise of supermarkets and the subsequent changes in meat distribution. Short trips to neighbourhood stores were replaced with a need for long haul and cold storage, and by the 1970s many of the warehouses had closed to be replaced by another kind of meat market.

Carcasses continued to hang outside some of the surviving businesses in the pre-dawn in the area running from West 14th to Gansevoort Street, bordered by Hudson Street to the East, but the beginning of the working day for the warehouse workers signalled the end of the night shift for the pimps and prostitutes who had moved in to fill the empty real estate. This semi-abandoned district had soon become a hotspot for the sex trade, especially catering to the gay community, and associated nightclubs and other entertainment venues sprang up alongside. 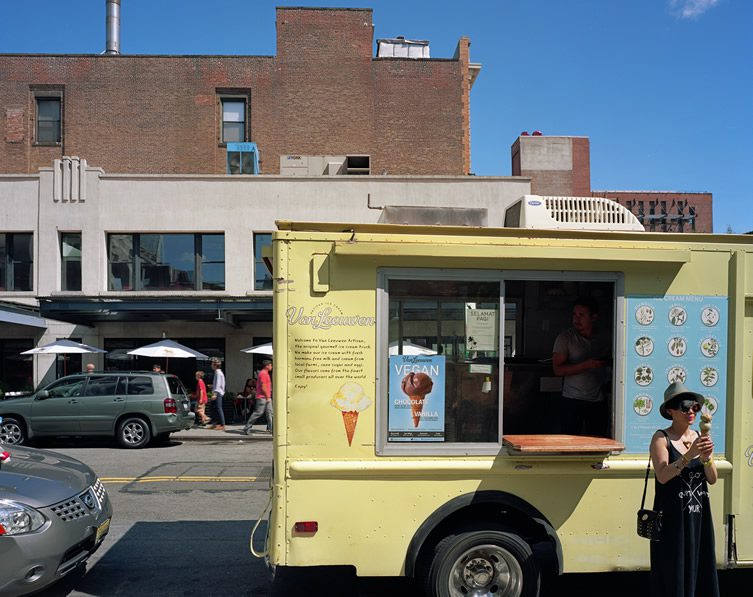 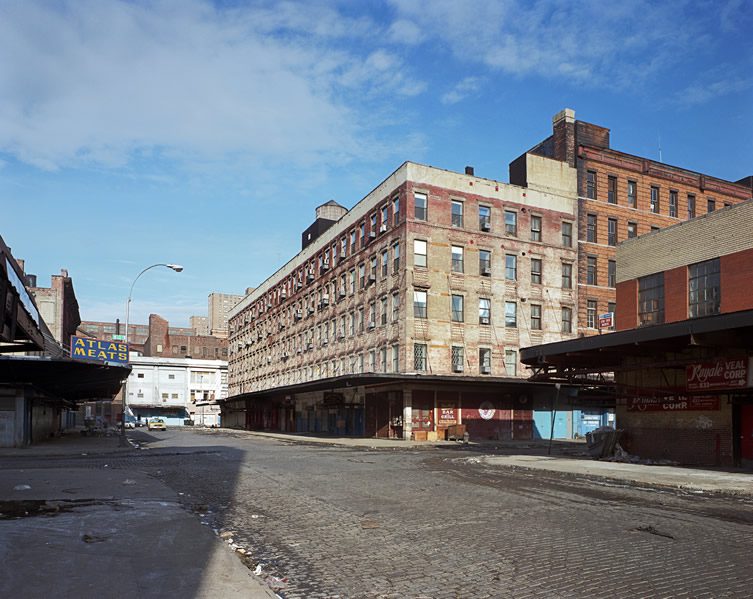 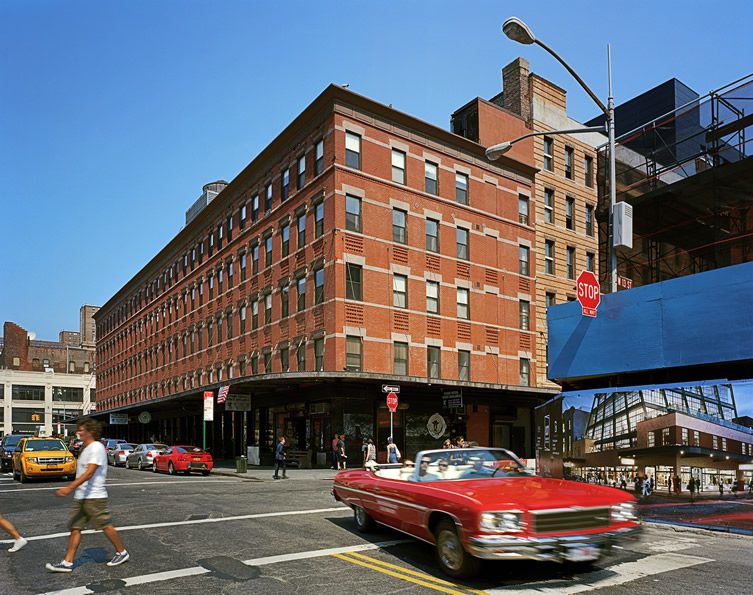 The Meatpacking District might have been down-at-heel then, but it was far from dead, although the Average Joe passing through in the middle of the day would be forgiven for thinking so. The hookers and the rent boys called it a night when what remained of the meat processing operations got going, and when they in turn finished work, the area became like a ghost town – too hot for raw meat, too much daylight for the clandestine. Photographer Brian Rose quickly became fascinated with this sudden emptiness when wandering through the district with a 4×5 camera in 1985. He likens the place at that time to a film set after shooting had finished and everyone had gone home, leaving the background standing empty and redundant – an incredible dead zone in the middle of a bustling city.

Rose photographed the area extensively but soon moved on to other projects, and it wasn’t until 2012 that he pulled out a box of negatives in the process of transferring his old work to digital. As the years had passed the Meatpacking District had been transformed, and what Rose had inadvertently uncovered was an amazing historical record of his own creation. Massive investment had changed the landscape, but in his images he had preserved the essence of a bygone era. But exactly how had things changed? Rose decided to find out, and embarked on a follow-up project shooting comparison shots at the same locations he had visited so many years before, and the eye-opening results have now been presented in Rose’s essential book Metamorphosis: Meatpacking District 1985 + 2013. 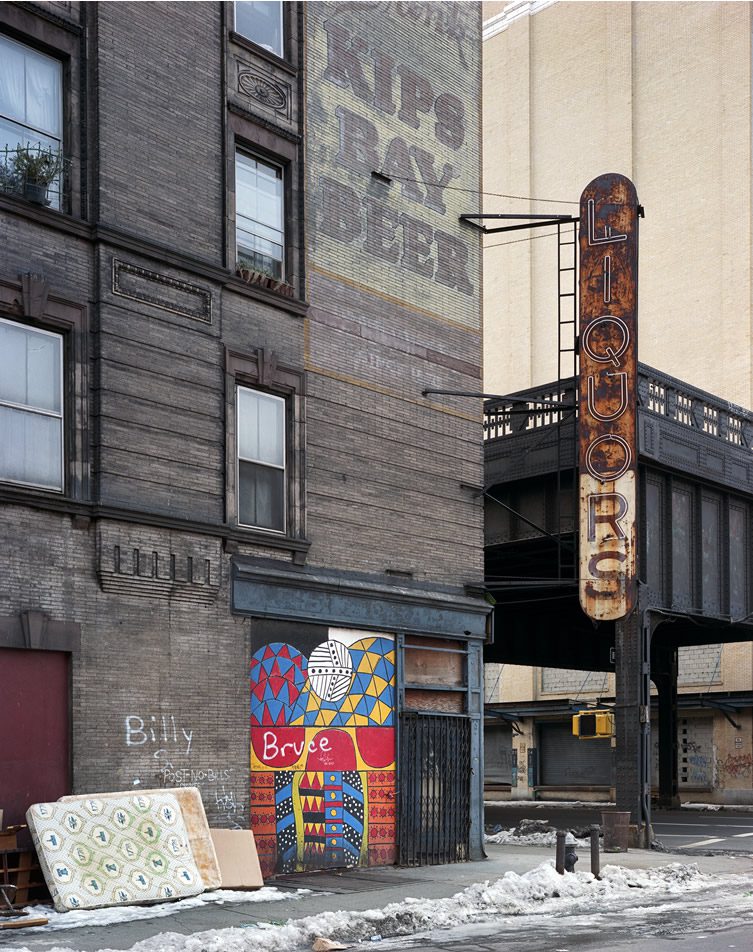 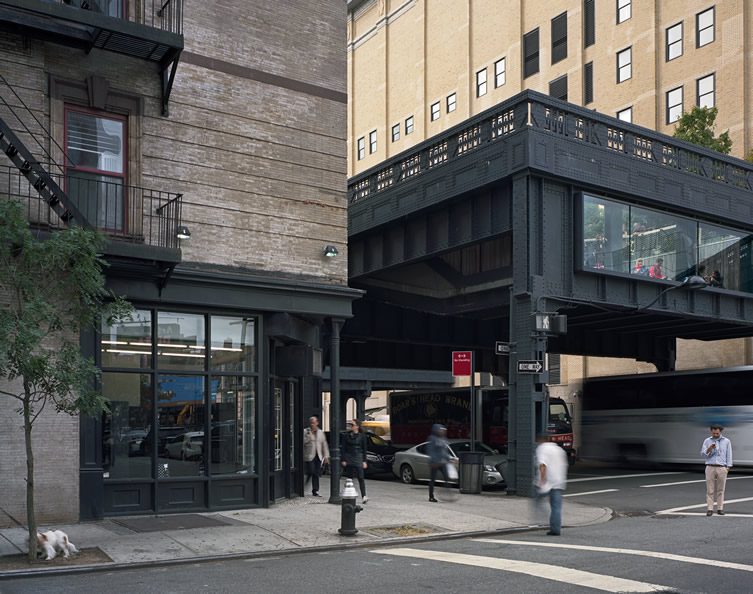 The contrast of before and after is stark. While in some locations sympathetic renovation has preserved the architectural heritage, in others the tide of regeneration has swept away the industrial leftovers like a hose applied to a blood-soaked floor. Whether or not the gentrification of the Meatpacking District is a good or a bad thing is, of course, down to the reader’s own set of values, and as Jeremiah Moss of the Vanishing New York blog notes in his foreword to Metamorphosis, Rose doesn’t presume to judge on the developments that have transformed the area. “One reader will find a celebration of urban renewal’s triumph,” he writes. “Others will find a memorial, a story of loss, filled with regret.”

We sat down with Rose to find out a little more…

What made you decide to explore the Meatpacking District back in the winter of ’85?

I had completed several major projects – documenting the Lower East Side, the Financial District, and Central Park. So, I was looking for something else to do. The Meatpacking District was a wild and desolate part of the city that I hadn’t spent much time in. It seemed like a possible project. But after three days of wandering around, I let it drop. Later that year, I traveled to Europe and began photographing the Iron Curtain and Berlin Wall. I didn’t really come back to photographing New York until the mid-2000s when I decided to re-photograph the Lower East Side. 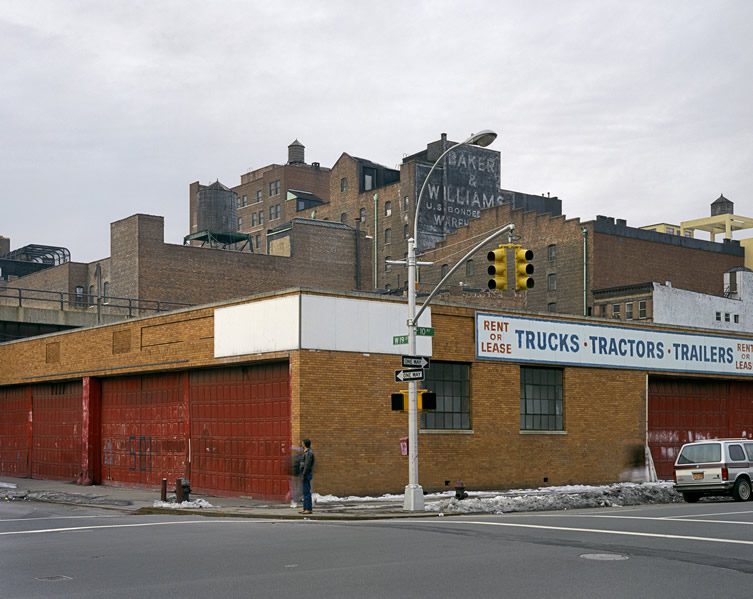 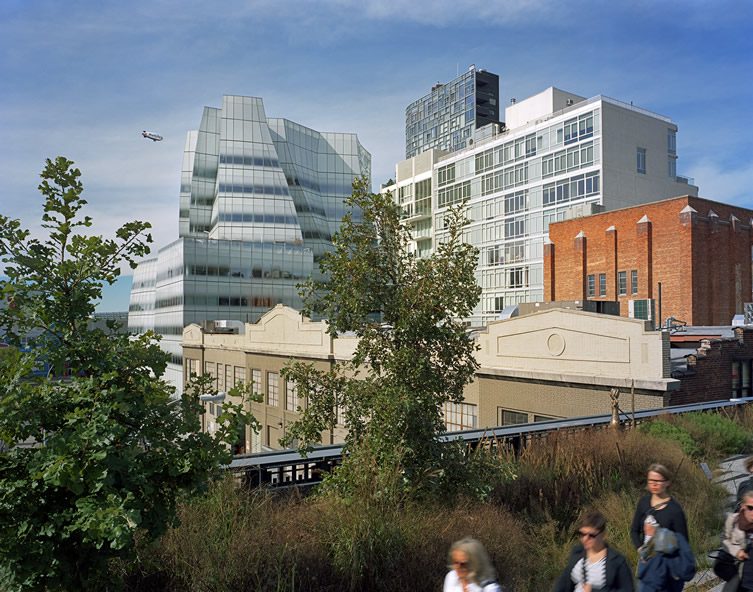 How would you describe the atmosphere of the place back then?

Before dawn the Meatpacking District was an open air market jammed with trucks, carcasses of animals hung from hooks. During the daytime it was utterly abandoned. And there was the smell – a combination of decaying flesh and cleaning chemicals – it permeated everything. At night there was a prostitution scene. Mostly transvestites, dozens of them in the streets, cars cruising around. There were various sex clubs. I mostly remember the leather clubs with men in studded black jackets and visored caps. One of my photographs includes the door to the Mineshaft, which was closed down that year at the height of the AIDS crisis.

But despite the underworld atmosphere, the neighborhood was not dangerous like the Lower East Side where I lived.

Your book has been described as non-judgemental, but you must have a personal view. What do you think about the changes that have happened over the years?

I am not sentimental about the New York of the ’70s and ’80s. Yes, it was a terribly important time for me as a young person finding my way in the world. And the openness of the environment allowed for lots of freedom that is difficult to find now. But there were winners and losers back then, just like today. Crime was rampant, people died from drugs and AIDS. Manhattan is now more homogeneous and expensive.

If I were to come to New York now, I’d probably be living somewhere out in Brooklyn. Or I’d go to Berlin – but that’s over already – or go to Detroit or some other place that feels unfinished. But New York has always been about work over lifestyle. You don’t want to be here to hang out. 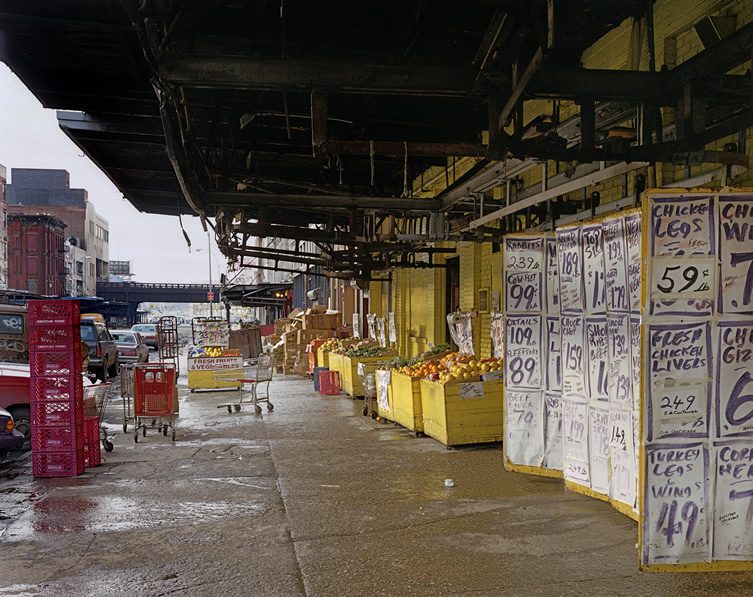 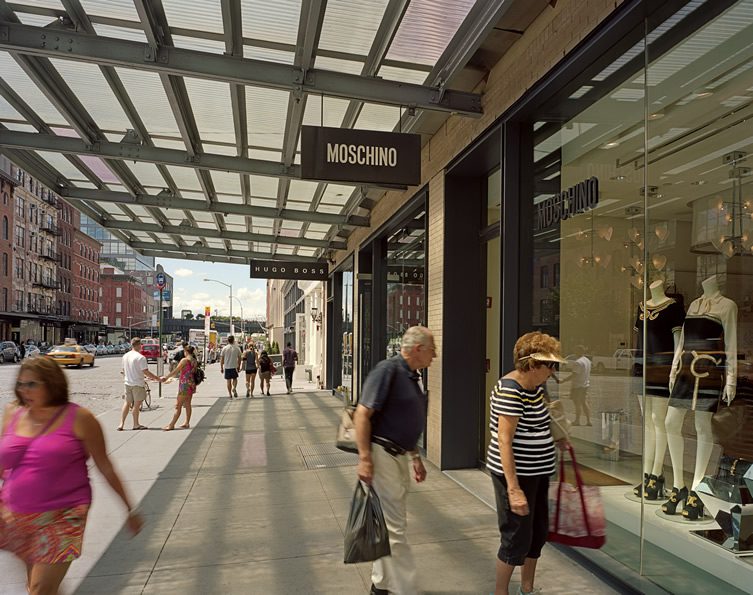 Of course, so much of New York is going the same way, which places interest you right now from an artistic point of view?

I’m interested in what’s happening to the West Side – essentially the High Line corridor. Hudson Yards at the north end is on its way to being one of the largest developments in the city’s history. It’s not about what I like or approve of. It might be Dubai on the Hudson, but it’s what Manhattan is becoming, at least in part. And it’s my job to be witness to it.

It’s very difficult to separate my personal history from a question like that. 1985 was in so many ways a great moment for me. I began photographing the Berlin Wall that year, and 4 years later it came down. New York was my base of operations. One of my best friends, Suzanne Vega, came out with her first album that year. It was an exciting time.

My son is 15 and growing up in New York. He’s going To Bronx Science, a great school. This is his town and the world his oyster. Going over the Williamsburg Bridge together a while ago with the skyline stretched out on the horizon he said to me, “Sometimes it feels like I’m at the center of the world.” That’s the hubris of a New Yorker. And it’s his moment now. 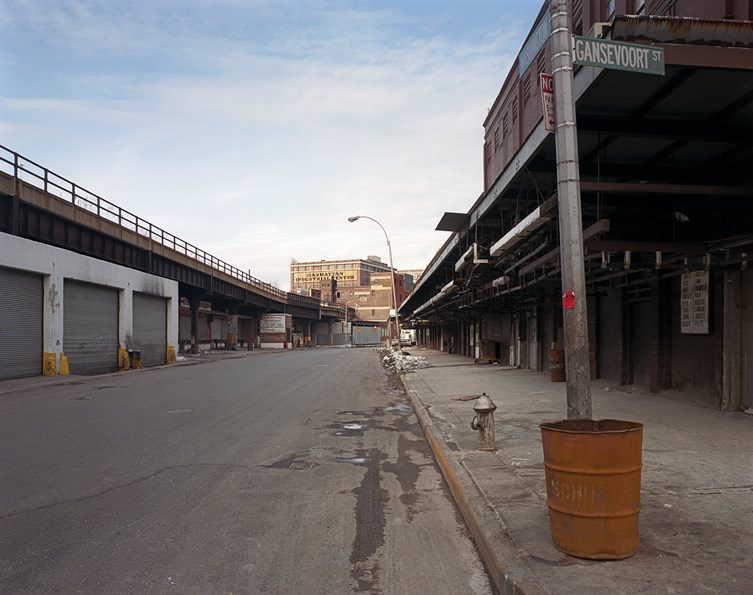 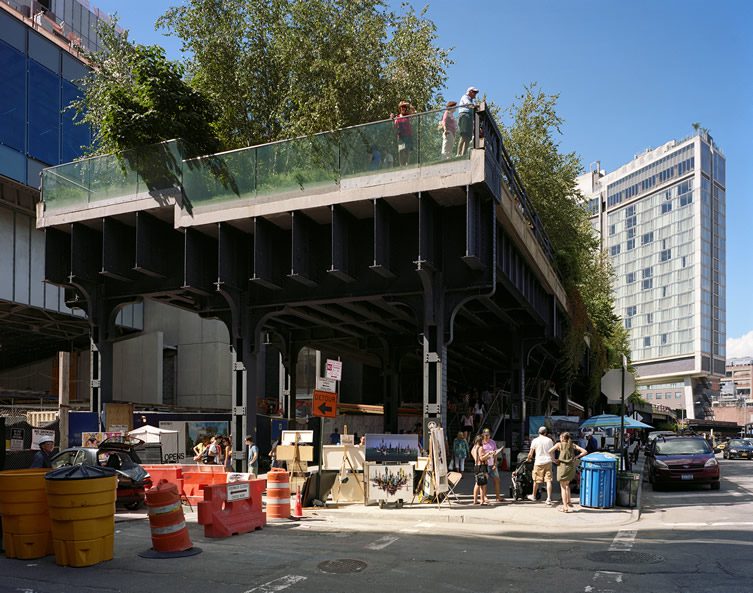 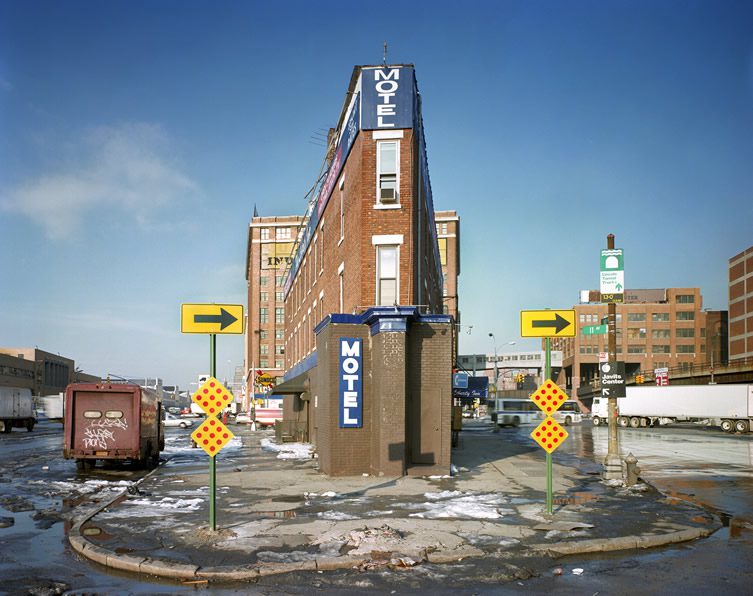