I’m guessing you already know who Banksy is (or at least what the mysterious Bristolian does for a wheeze) so we’ll skip straight to the part where I tell you about the forthcoming show of his work. Banksy’s (former) chum Steve Lazarides was the artist’s partner in crime during the early days, and the latter has curated a whopping collection of early pieces that he believes were milestones in Banksy’s rise to his current status as a subversive superstar. Looking back after all these years, there’s a slight Munch’s The Scream or van Gogh’s The Starry Night to the icon-status some of these works have achieved.

More than 70 sculptures, paintings and prints has been gathered together in one of the largest Banksy exhibitions ever held, and they include works such as the ever-vigilant Avon and Somerset Constabulary from 2000 to the 2006 painting Guantanamo Bay. The even better news for would-be Banksy collectors is that the BANKSY The Unauthorised Retrospective at Sotheby’s S|2 gallery is a selling exhibition. You may be able to pick up a nice starter Banksy for about £4,000, but expect to be asked to part with more than half a million of your Sterling pounds for the more famous pieces. Lazarides himself confirms that Banksy, or at least his people, are not impressed – but there’s an interesting question to be raised about the Bristolian’s own desire to move into the gallery spectre and the wry paradox that this exhibition casts. 25 July is the closing date. 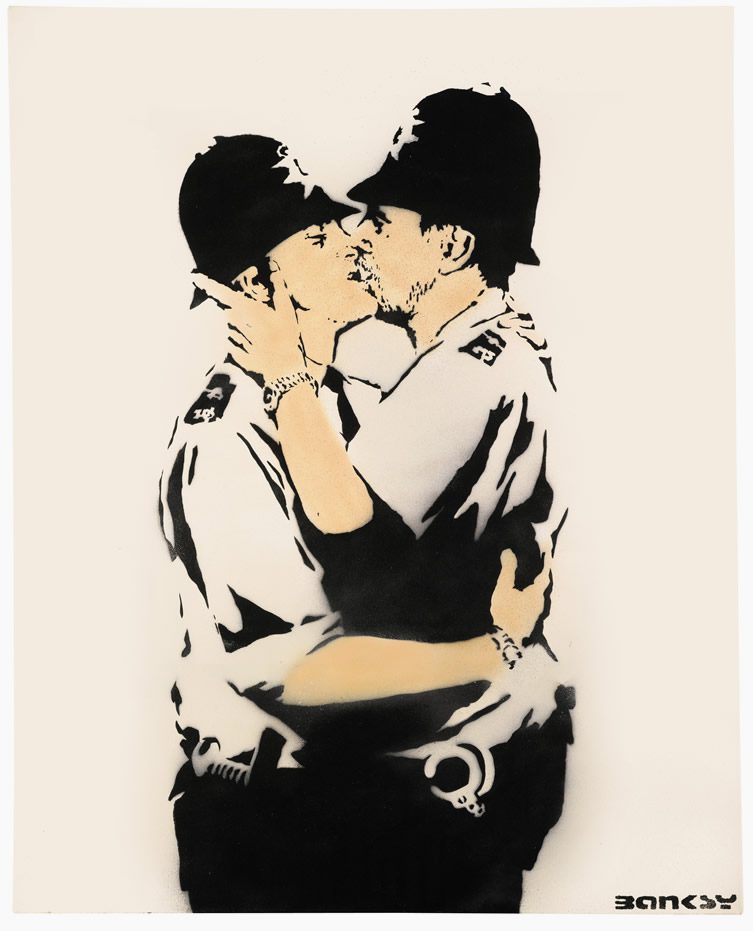 Kissing Coppers
stencilled with artist’s name; signed and dated
26/FEB/05 on the stretcher
acrylic and spraypaint stencil on canvas
126.8 by 102cm.; 50 by 40⅛in.
This work is unique in its format.
EXHIBITED
Los Angeles, Barely Legal, 2006 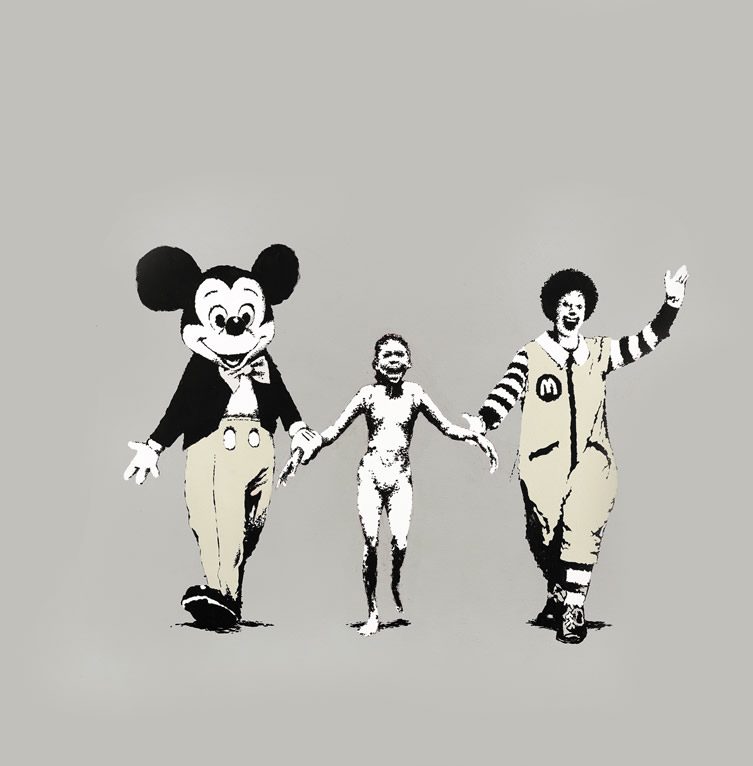 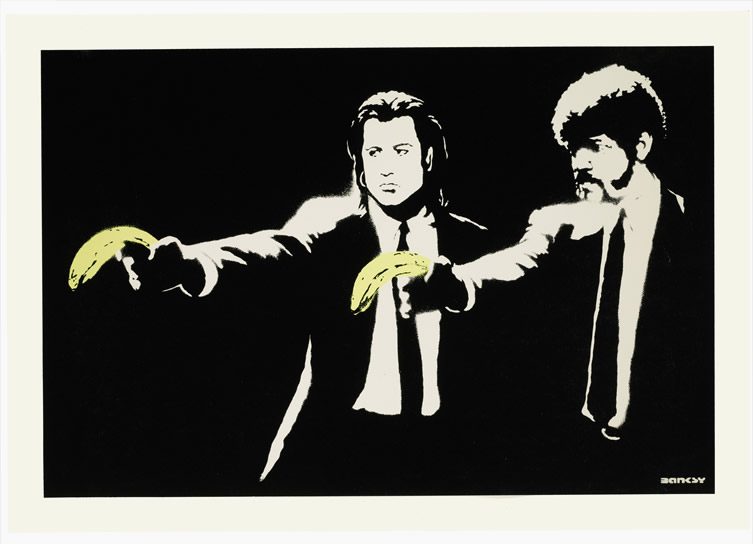 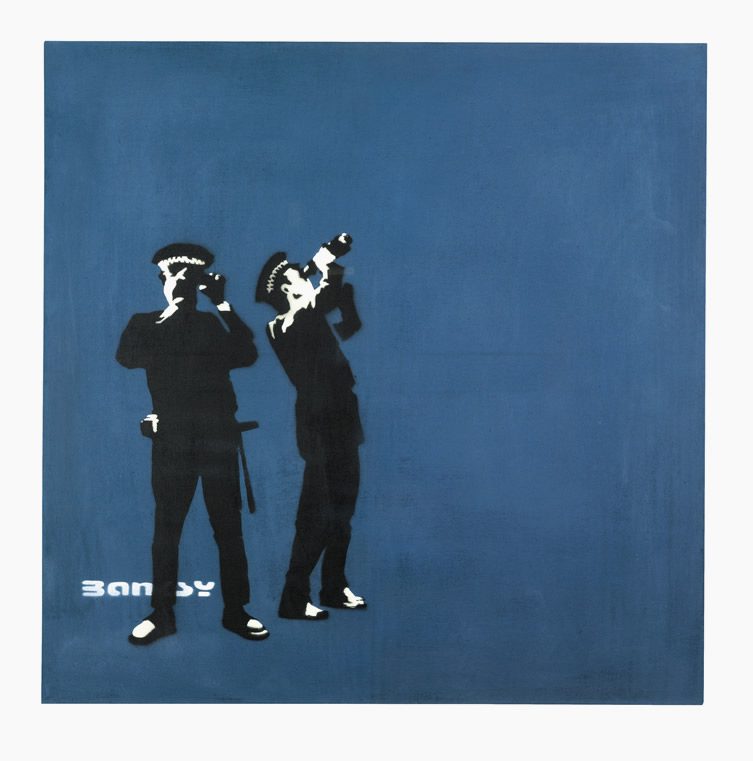 Avon and Somerset Constabulary
stencilled with the artist’s name
acrylic and spraypaint stencil on canvas
61 by 61cm.; 24 by 24in.;
Executed in 2001,
this work is from an edition of 10. 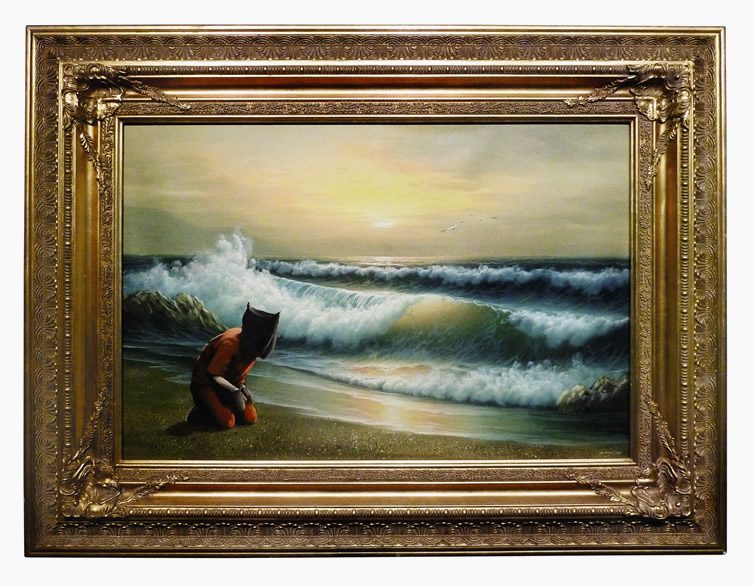 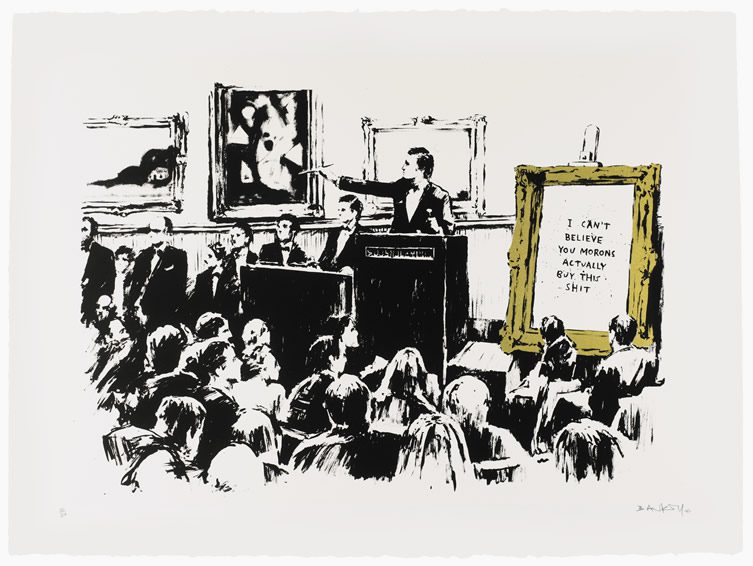 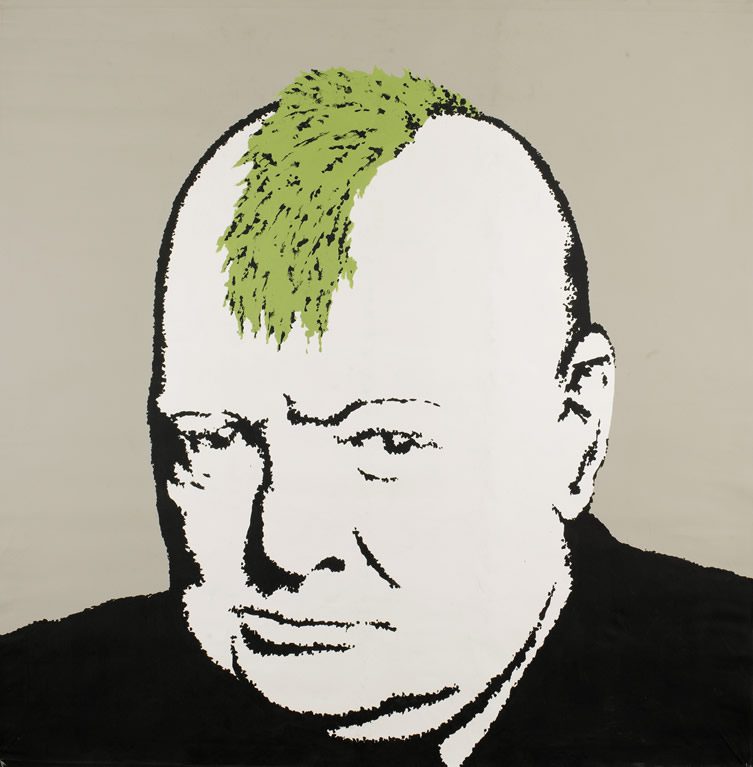