Whether they’re casting 10m-long concrete tables using a helter-skelter slide or creating fire drawings using flammable screen-printed paint, design duo Glithero are never far from a madcap scheme that on the surface sounds bonkers but in practice yields beautiful results. Their latest innovation is a series of woven tablecloths made by using organ punchcards, that in essence creates a physical visualisation of the music the cards would create. I caught up with designers Tim Simpson and Sarah van Gameren to get the low-down on the project…

Where did the inspiration for the Woven Songs project come from?

We thought that weavers and artisans that make music books for street organs had a distinct connection, and that the two crafts had a very interesting synergy. In each case, the craftsman punches cards and these cards drive a machine. We were inspired by the possibility of choreographing a new design process by combining these two techniques. The tablecloths are the outcome of our poetic and philosophical quest for a connection and translation between these two crafts, techniques and disciplines. 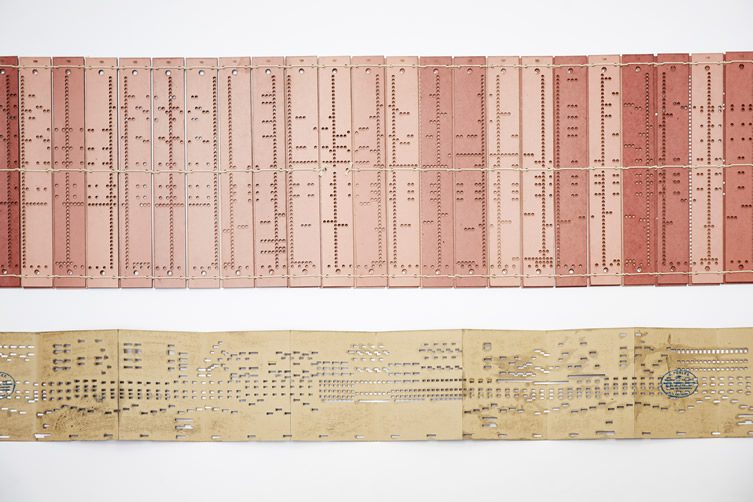 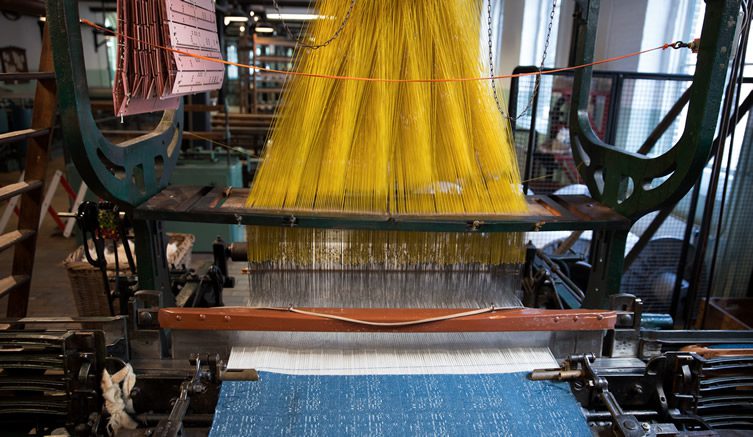 It was part of an exhibition at Zuiderzee Museum. What was the brief?

The Zuiderzee Museum in the Netherlands gave us a very open brief to ‘create a project on the subject of immaterial heritage’. As Woven Songs developed and we used the Jacquard looms of the TextielMuseum (also in the Netherlands), this museum then commissioned us to develop the project further.

Tell me about some of the collaborators that you worked with…

Leon van Leeuwen is one of the last professional street organ builders in the Netherlands and made the book especially for this project. Leon descends from the renowned Perlee family, a rich lineage of organ builders. Wil van den Broek is a retired weaver who used to work with all sorts of looms in the Textile Museum, from the historical machine for which this weaving book has been made, to modern digital machines.

How does the process work?

The music is on a punch card called an organ music book. A Jacquard loom is also fed information using a punch card. The music code from the organ music book is directly translated onto a punch card that is compatible with a Jacquard loom. We were were taught by weaver Wil van den Broek how to read and punch holes in the Jacquard and then invented a way of interpreting the holes in the organ book cards to the Jacquard format. We chose the tune Red Bank Boogie, the card for which was then used to weave the musical textiles. 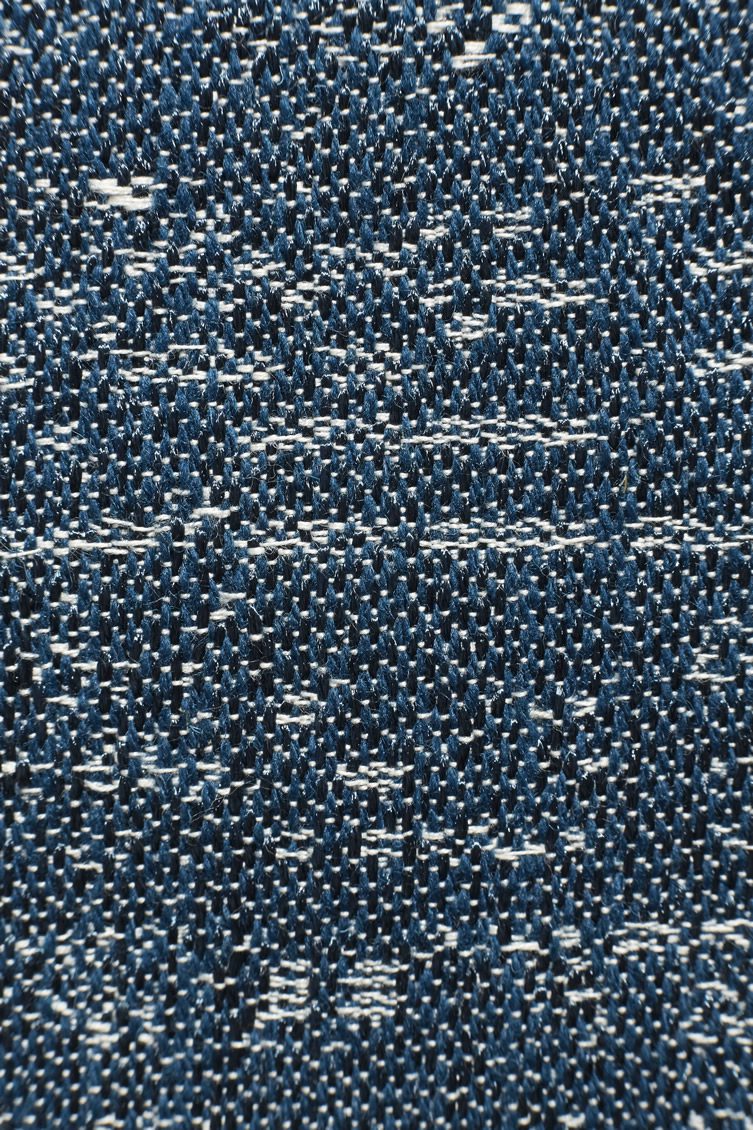 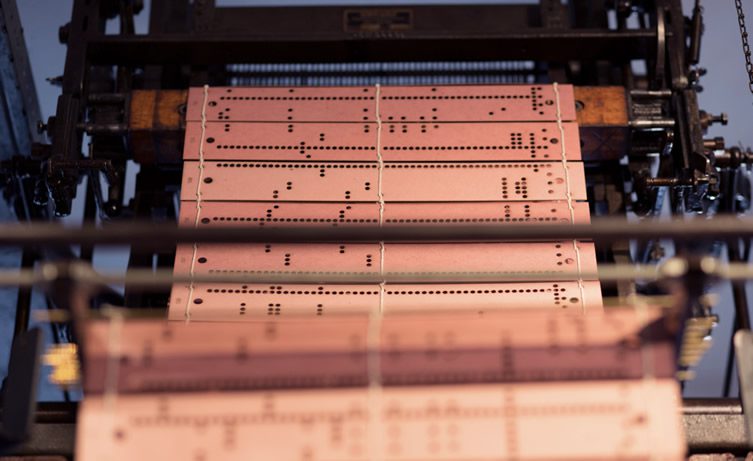 How do the organ music and the completed textiles echo each other?

When translated into a weave, the patterns of the organ song are so small that every individual command becomes one stitch and the set of commands on each individual Jacquard card are translated into a single weft thread. This intricate pattern is then repeated over and over again throughout the weave. As a whole finished textile, you are presented with a very abstract visual, textural interpretation of the organ song.

Did the project pose any interesting challenges?

Translating organ music into weaving patterns sounds simpler than it turned out to be in practice. To begin with, organ cards and weaving punch cards are not completely identical. A street organ is driven by an organ book, a continuous fanfold of connected pages, whereas for a loom, a succession of single cards are used, one card per woven thread. The shape of the punch holes is also different: those in an organ book are rectangular and those in a weaving card are round. The patterns are also read in different directions by the machines. Creating a new language that would translate accurately from the organ cards to weaving cards was a real challenge.

The second unexpected test came when the new cards were placed on the Jacquard loom. The first weave was absolute chaos! Loose threads were hanging across the woven fabric and the edges of the material were messy and unfinished. This was not what we had set out to do, so we went back into the magic of the weaving punch cards once again. We found that on each weaving card – for each woven thread – an extra code had to be punched for a structural weave. This code ensures that time and time again each thread is connected with the cloth so that no free-hanging loops are formed. 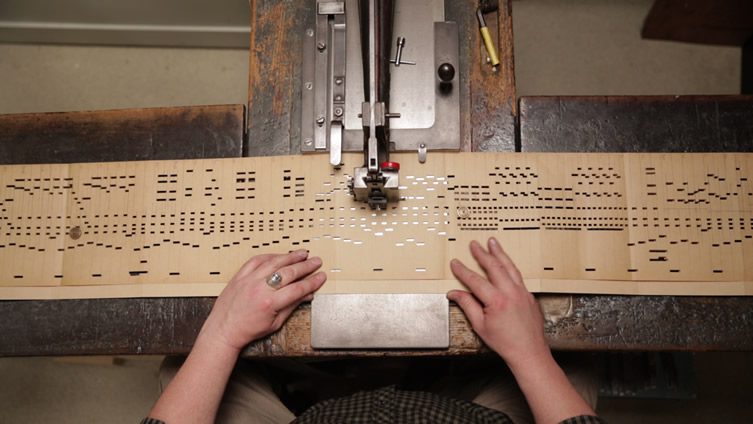 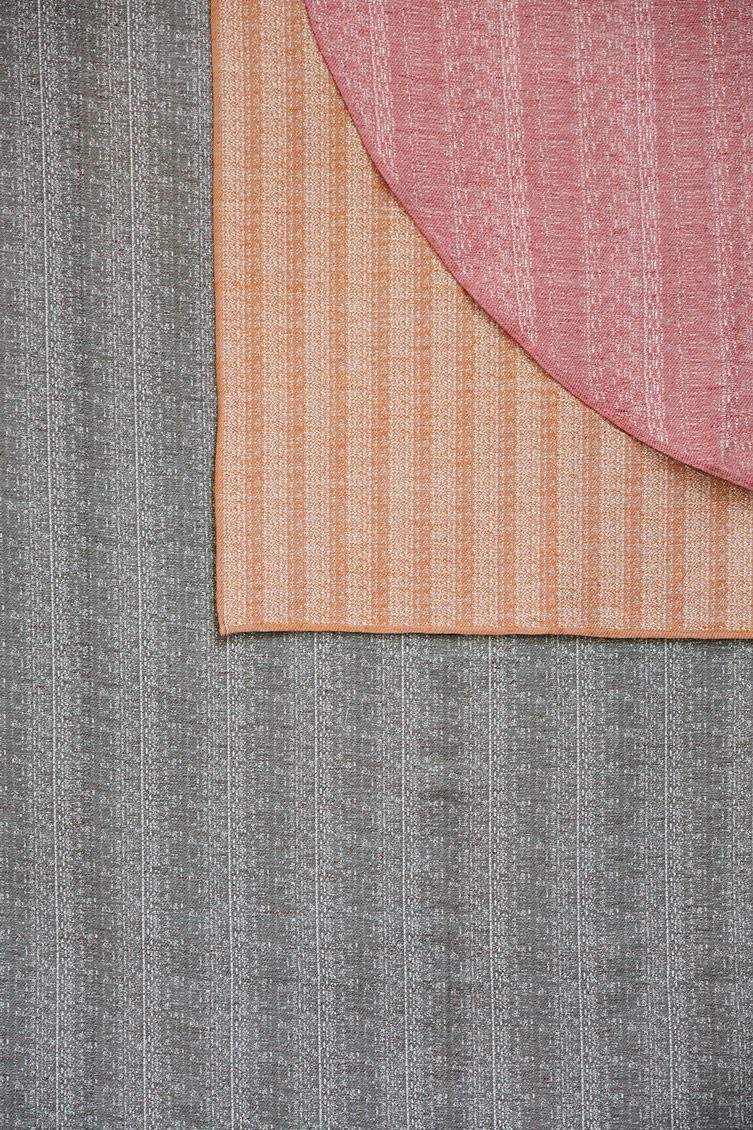 What was the most exciting part of the project?

The first time the organ music was given shape in textiles was the most thrilling moment, as we had no idea what kind of pattern would emerge. Of course, we were very curious to know what it would look like, but never regarded any resulting ‘beauty’ as the main aim. To us, the main focus is always on the process and the discoveries, inventions and translations that happen along the way. Even though the first textiles piece was more chaotic that we expected, the beautiful moment when you make a product from a new process you’ve designed (in this case making material from music) is what continues to drive our design practice.