Stanley Donwood, known to his mum as Dan Rickwood, is an artist and writer celebrated for his long-standing visual contributions to perennial doomsters Radiohead – you may know him from such album covers as The Bends, Hail to the Thief and Amnesiac, the special edition of which won a Grammy for Best Packaging. Even an award-winning collaboration with a hugely successful group isn’t enough to quell the creative urges of Donwood, who also does his own thing with both art and writing projects, and a selection of his art is to be exhibited at Hang-Up Gallery next month under the title Apocalypse Boutique.

Donwood is particularly fretful about war; the Amnesiac artwork featured a crying bear lamenting the causes and consequences of conflict, and the Grammy-nominated Hail to the Thief was part of a series of nine canvases in which Donwood depicted war-torn cities built on coloured blocks of single-word soundbites. The sole remaining canvas in this series will join prints, etchings and other original work for the show, which will run from 2 November to 1 December at the Stoke Newington gallery. 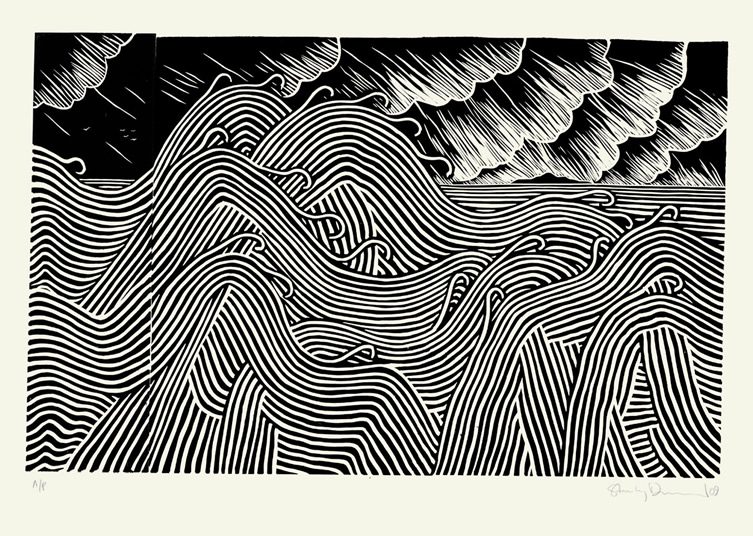 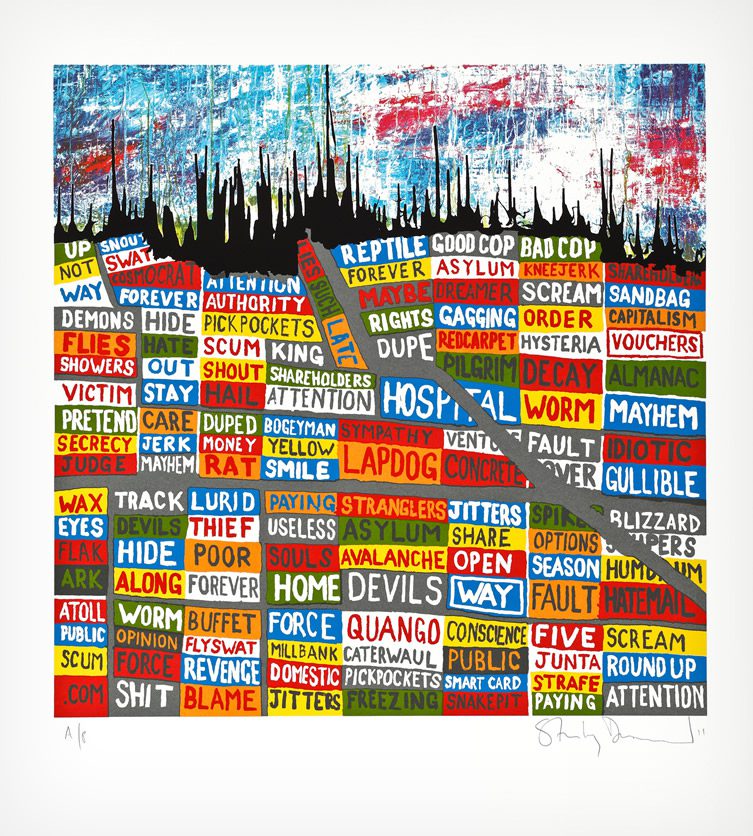 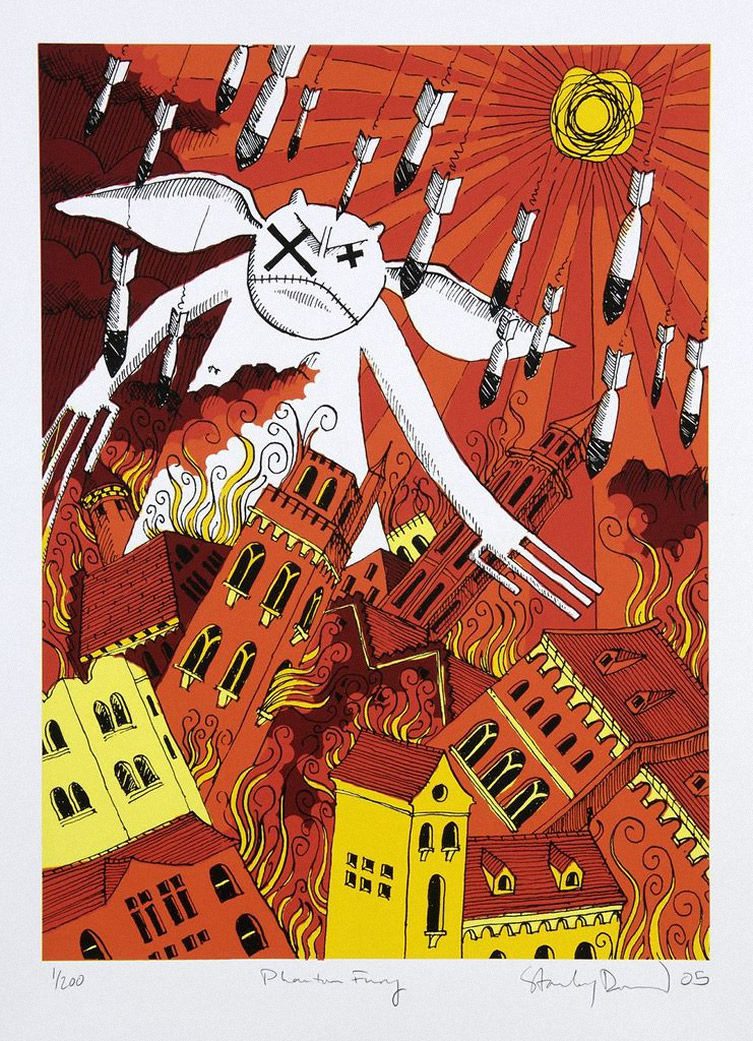 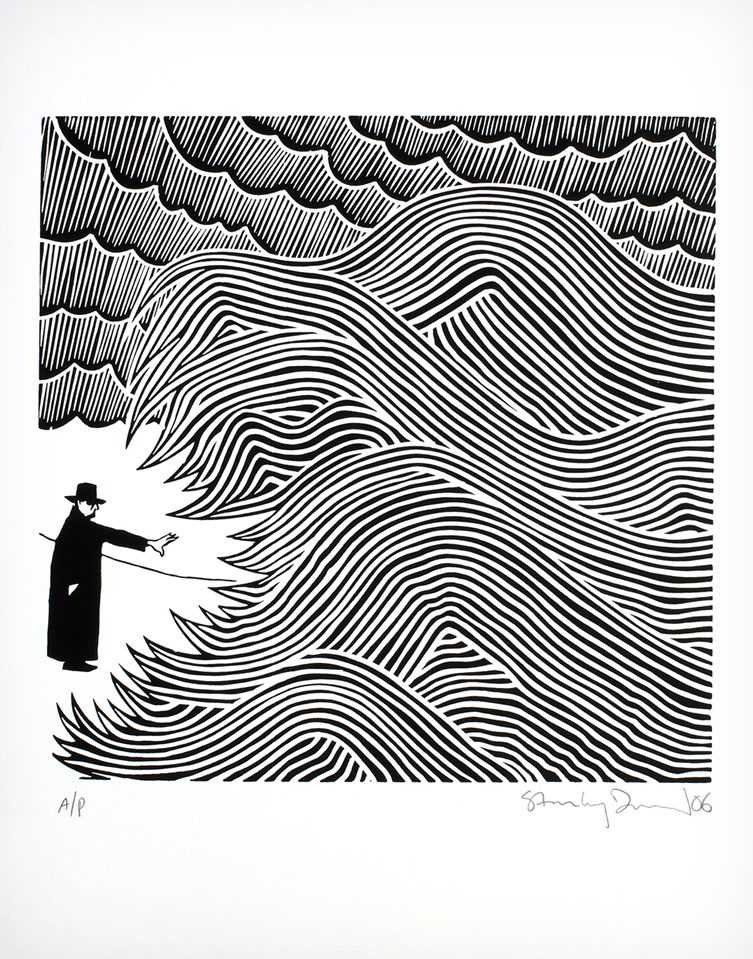 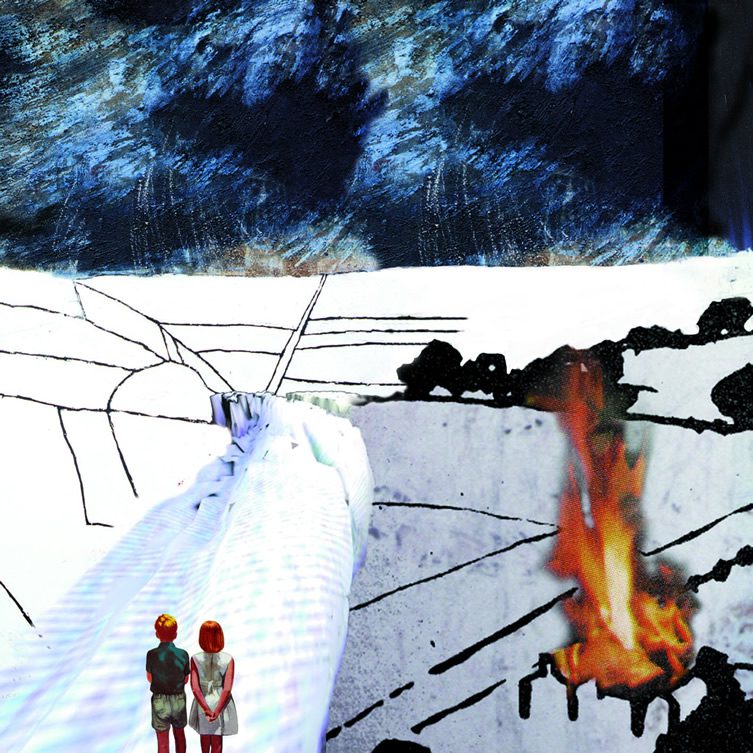 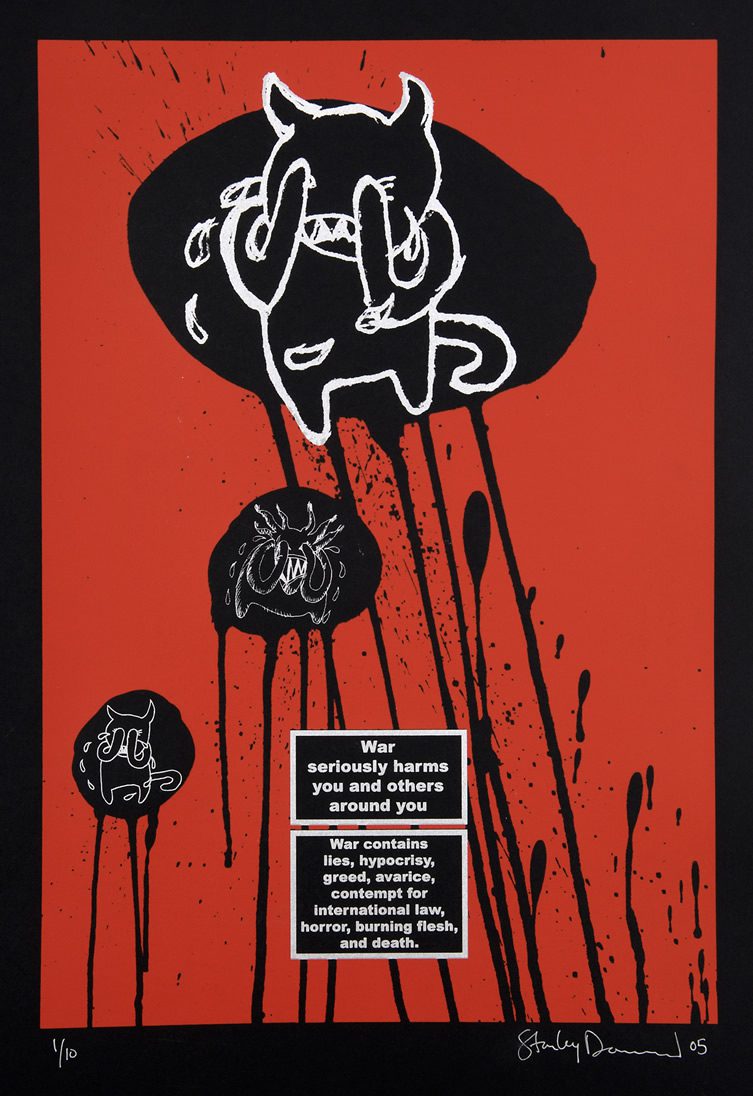 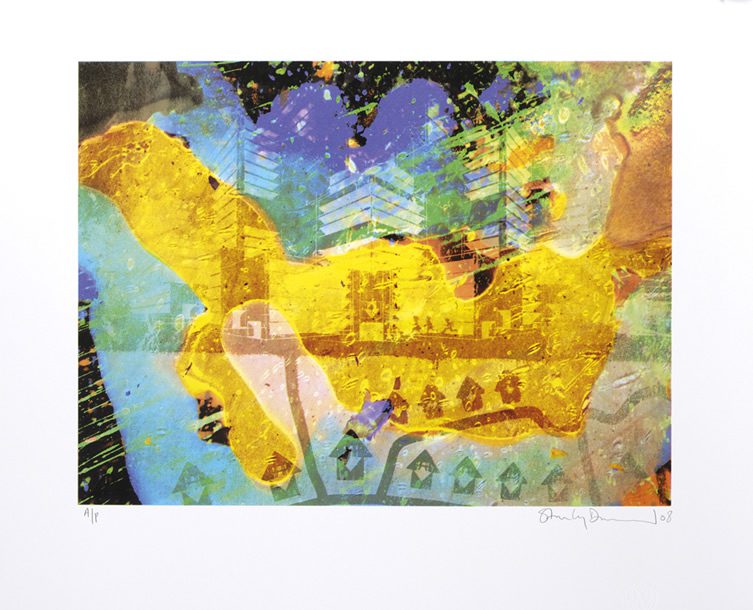