There are few news stories more affecting than the high school and college gun massacres which seem to occur with depressing regularity in America. In Britain we are, to an extent, insulated from such unthinkable acts by both distance and culture, but London artist Ben Turnbull continues to bring these tragedies into sharp focus for an international audience with his American History X series. The second part of this ongoing work on show at StolenSpace is another stark reminder that death can strike at the innocent at any time — even in the supposed sanctuary of the playground or classroom.

No stranger to controversy on this topic, Turnbull caused a storm with his gun-dispensing vending machine creation Kids Have Everything These Days in 2009. His current series Smells Like Teen Spirit (American History X Volume II) is another hard-hitting commentary on guns in schools, this time taking the pastime of bored pupils who carve their names into tables with a point of a compass to extraordinary new levels. His selection of handguns and automatic weapons are meticulously rendered from the surfaces of old gum-stained school desks, using the self-taught woodworking skills he picked up during his workshop apprenticeships. The chilling collection is on display at the London gallery from 17 April to 17 May. 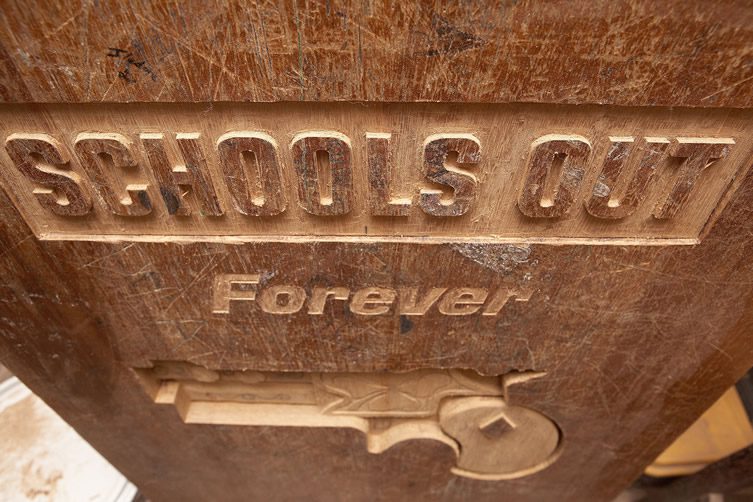 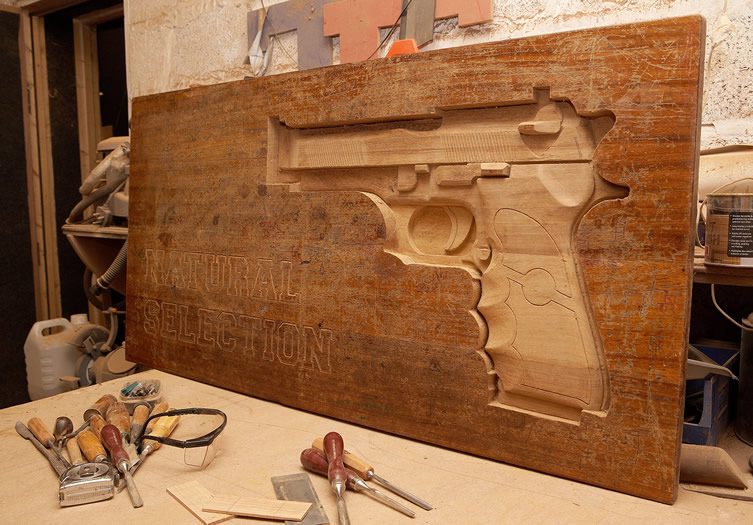 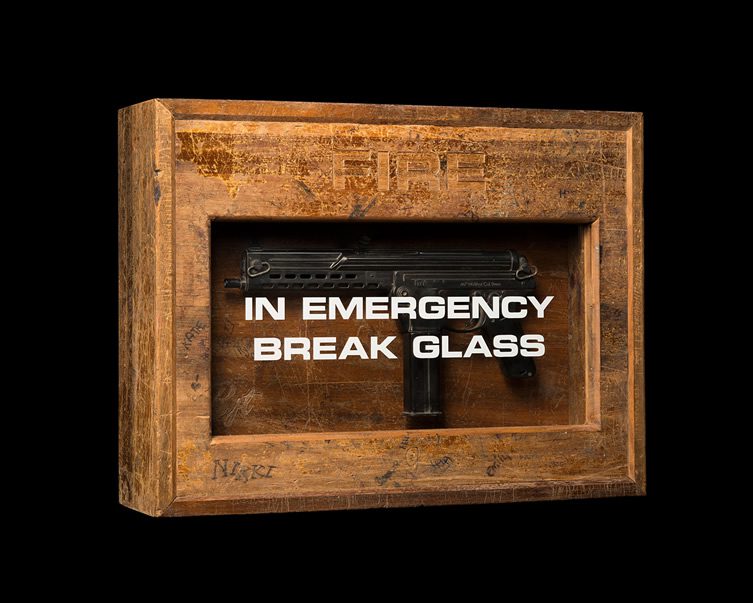 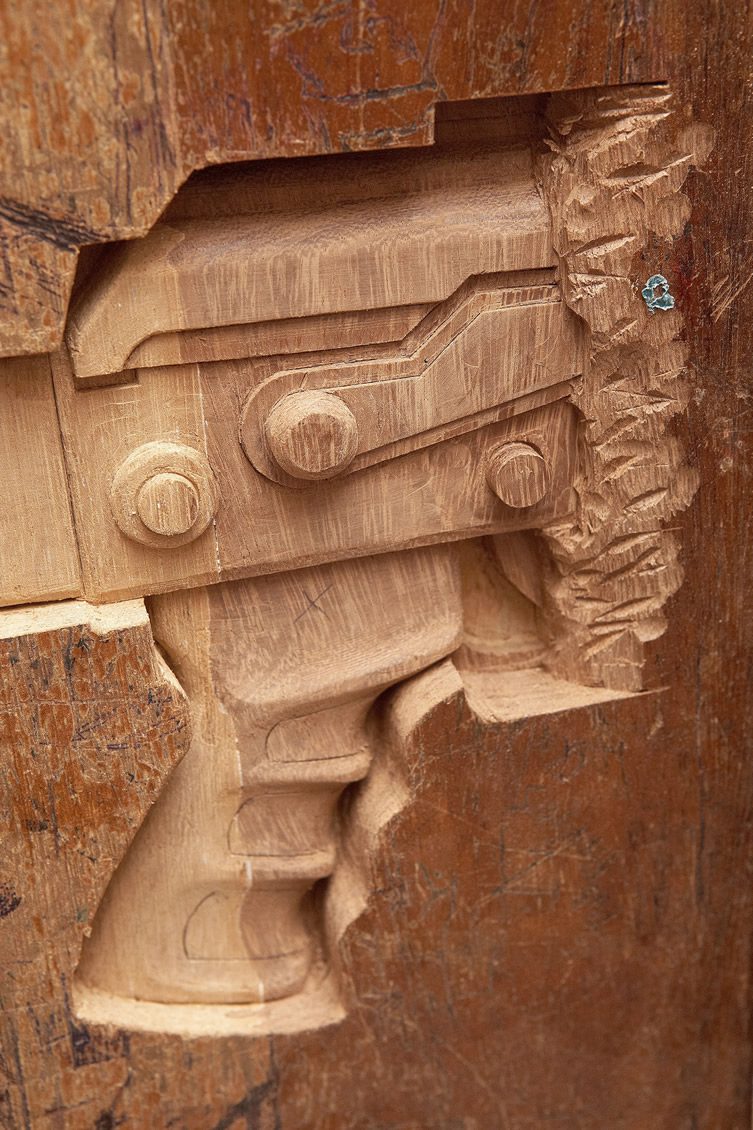 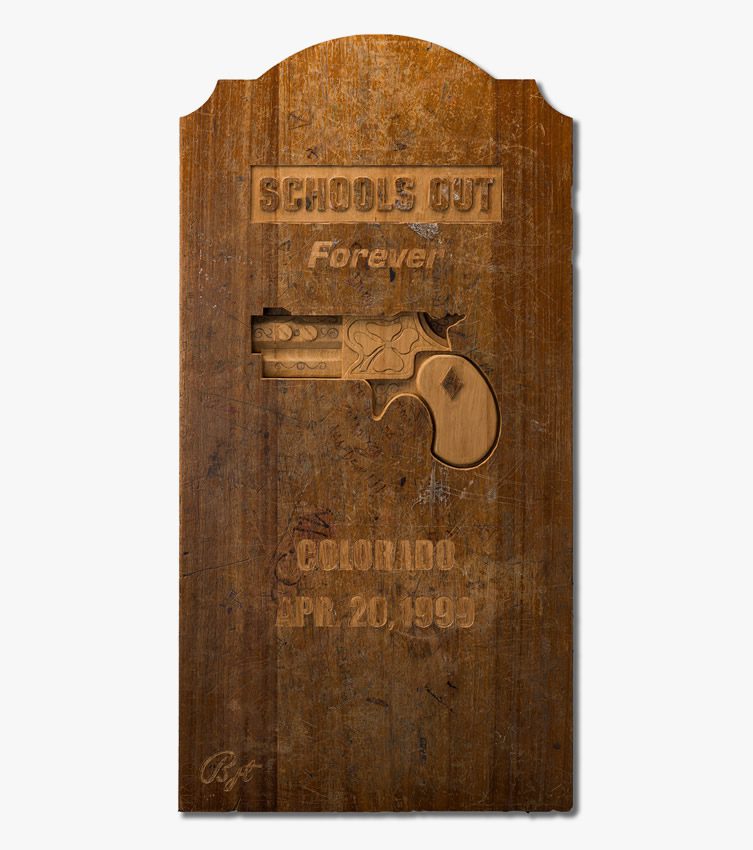 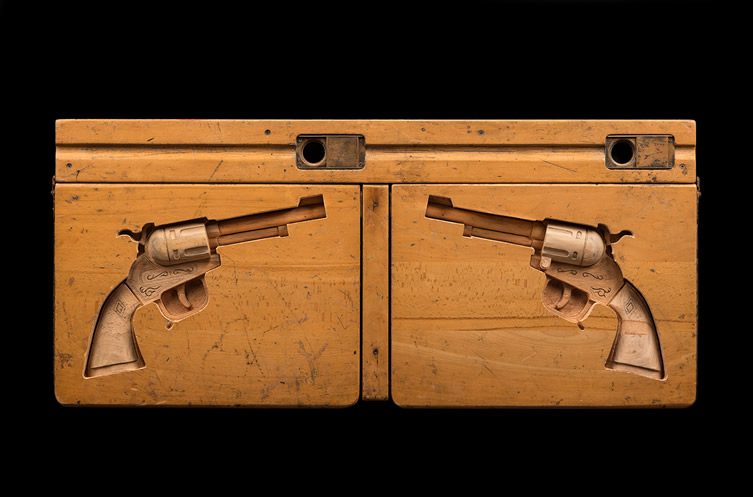 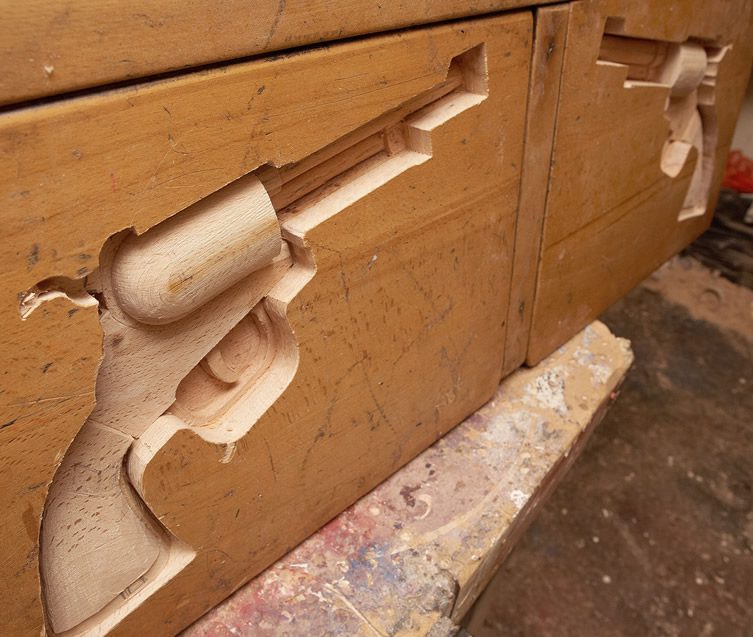