Some artists demand absolute peace and quiet while they work, total seclusion in which to create. Brandon Graham is not one of those artists.

By the same token, occasionally we are fortunate to bring you a glimpse into the creative process, but it’s rare that the public gets to watch the magic happen in real time. Again Graham is defying convention as he takes up a chair in the middle of Gallery 33 in Amsterdam and gets to work amid the mingling patrons. As they chat about the illustrations on display, the Seattleite goes about his business, stopping now and then to answer questions or to transfer his sketches to the walls and windows of the gallery.

Graham is there to promote his PictureBox book Walrus, which is a sort of illustrated encyclopedia of his imagined world which he has been creating since before his first comic book was published at 19. Nominated for a bunch of Eisner awards (the comic world’s Oscars), Graham’s characters do sometimes benefit from a bit of explaining, inhabiting a weird and wonderful alternative sci-fi universe. His wife Marian Churchland, a comic author in her own right, is seen here collaborating with her hubby. The event, called Tusk, has now been extended beyond its original 5th July date (as yet, no set closing time), and there are Graham drawings and other merchandise on sale there too. 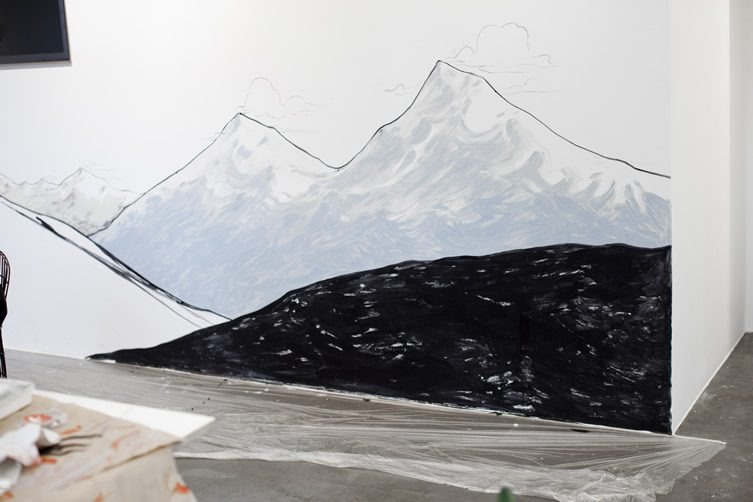 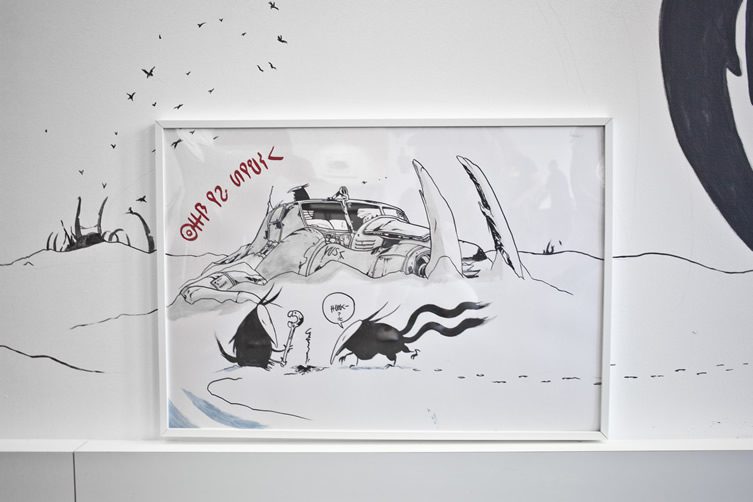 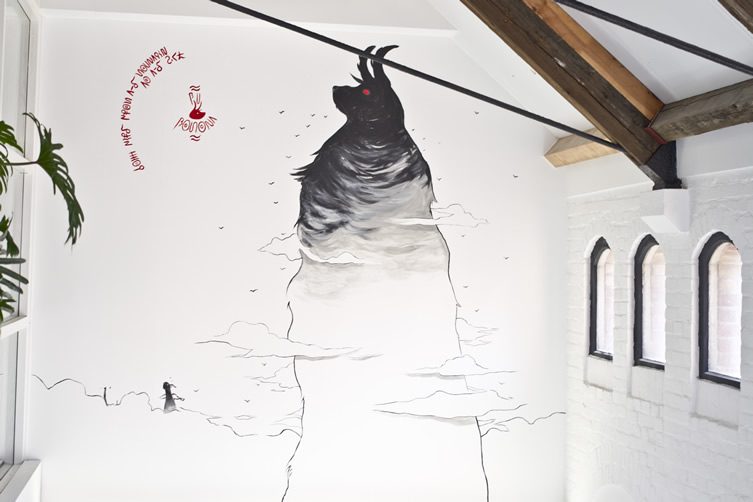 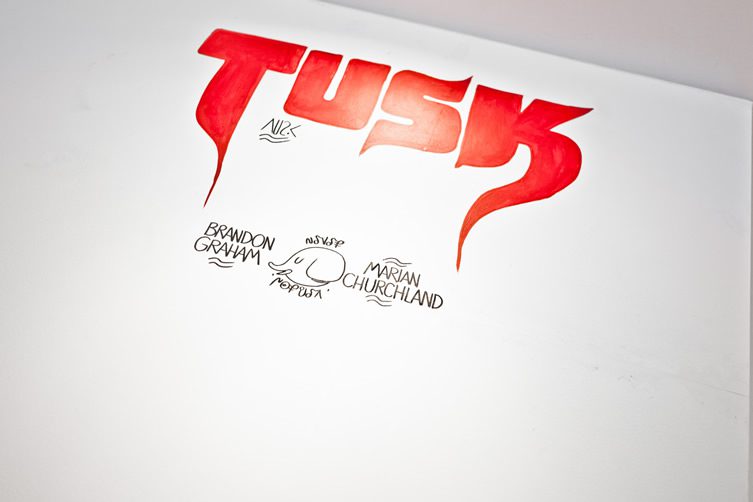 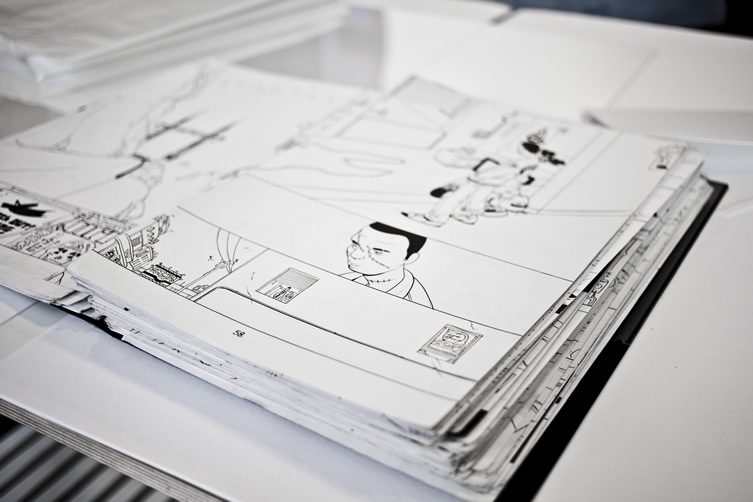 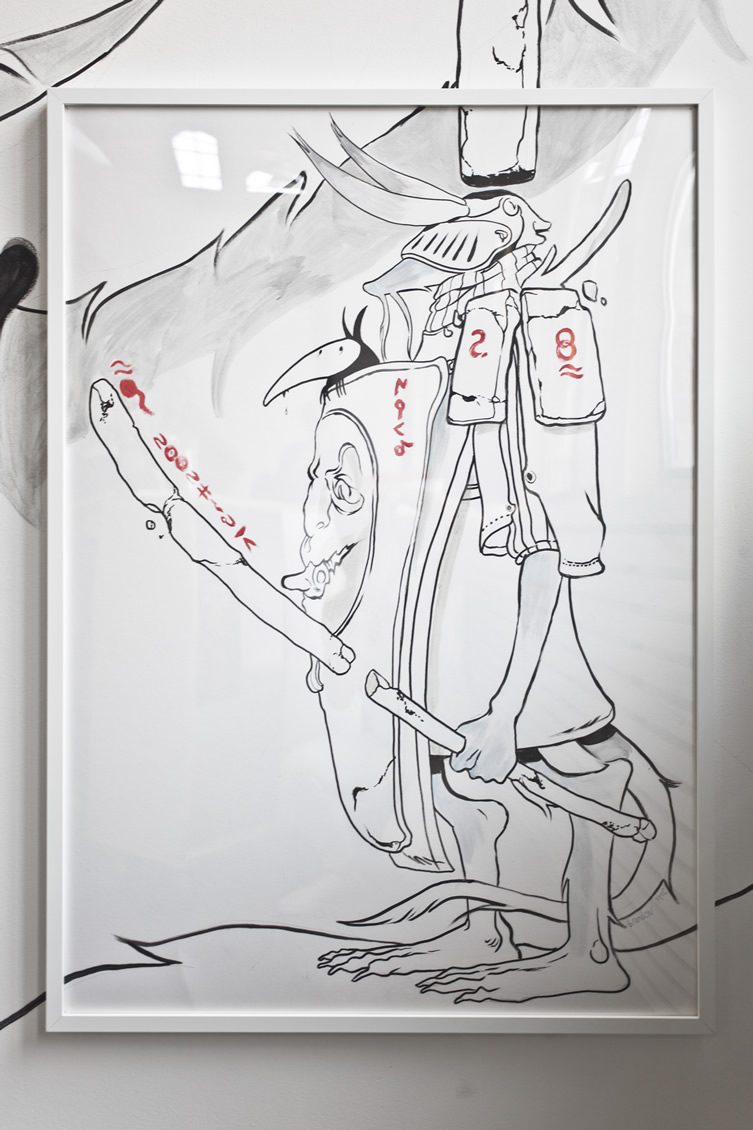 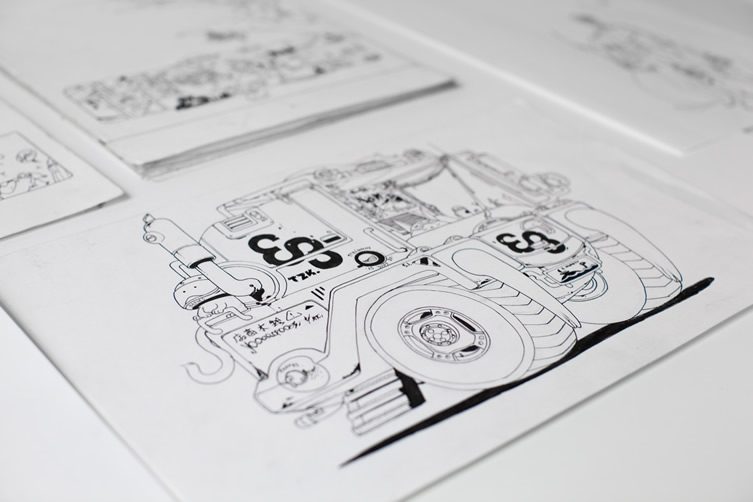 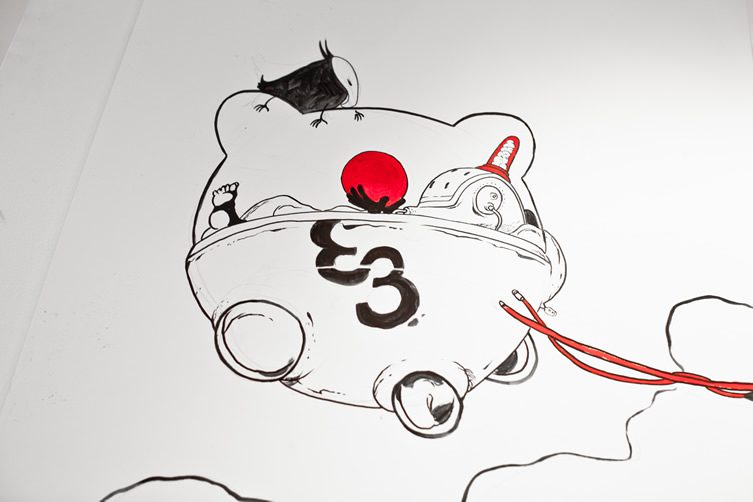 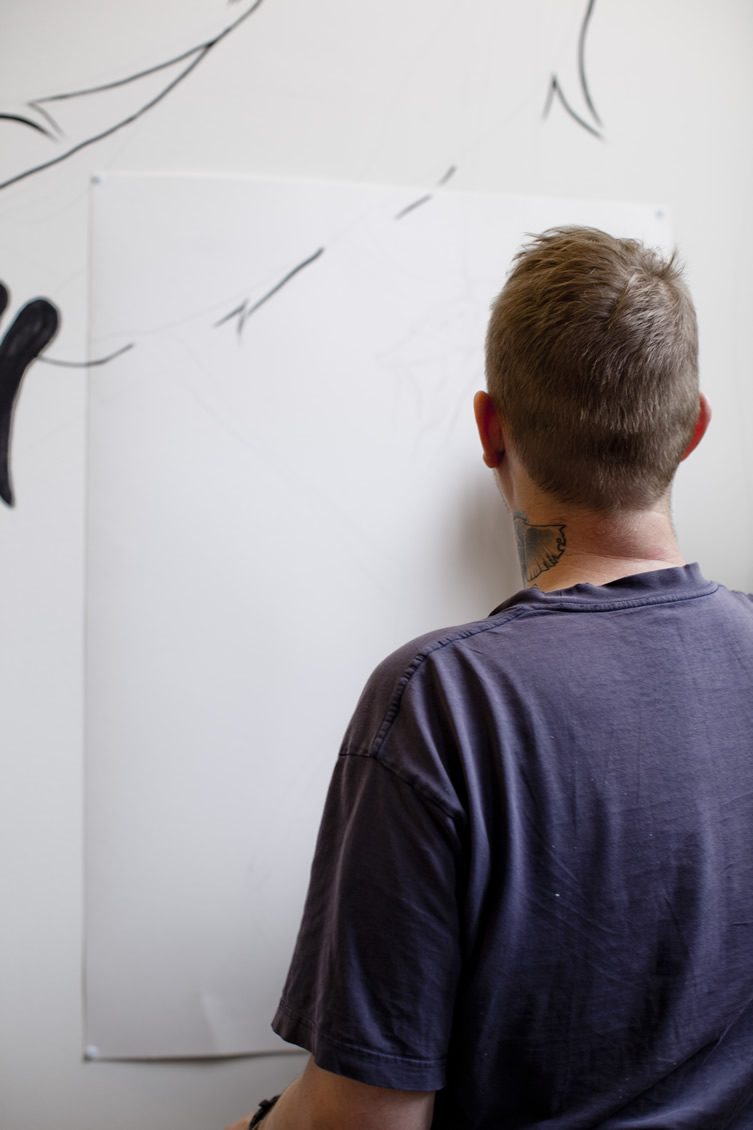