I hadn’t seen film-maker Andrew Thomas Huang‘s award-winning short Solipsist (at the bottom of this post) before I watched his video for Icelandic pop mentalist Björk‘s track Mutual Core. If I had, I would have been forewarned that this collaboration had explosive madness written all over it from the start, and I might have watched this from behind the sofa. I do not like to see tentacles crawl up people’s noses.

But rather than destroying each other with too much crazy, the two artists’ styles have complemented each other perfectly. Don’t get me wrong, it’s very odd, but in a strangely pleasing way. Björk, waist-deep in sand, is soon joined by emerging pieces of separated rock trying to French-kiss themselves back to a singular (mutual) core, before the whole thing starts erupting in a molten, volcanic crescendo. Then there are some disembodied stripey Björk heads singing and spewing lava, and that’s the point where description becomes redundant and you watch it for yourself. 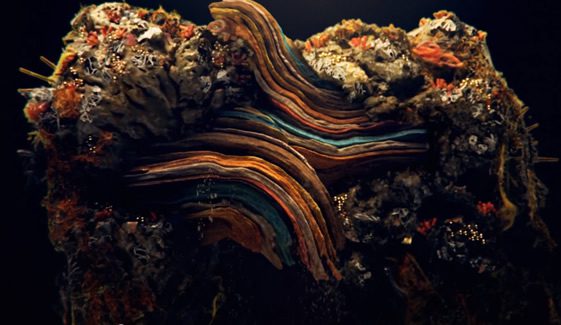 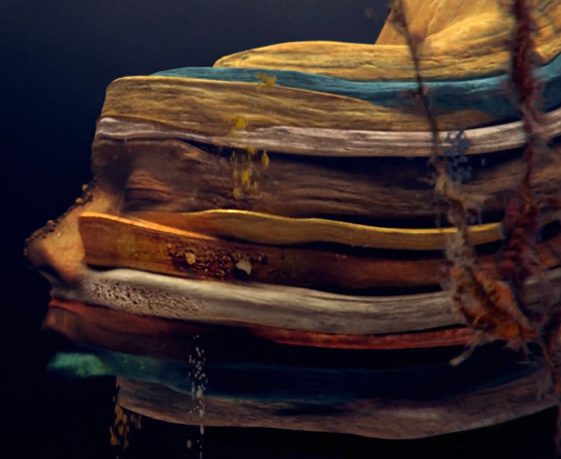 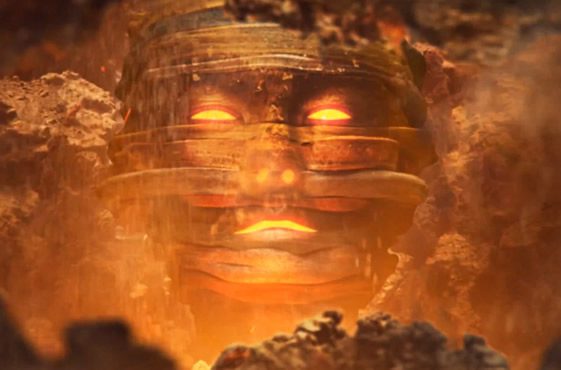 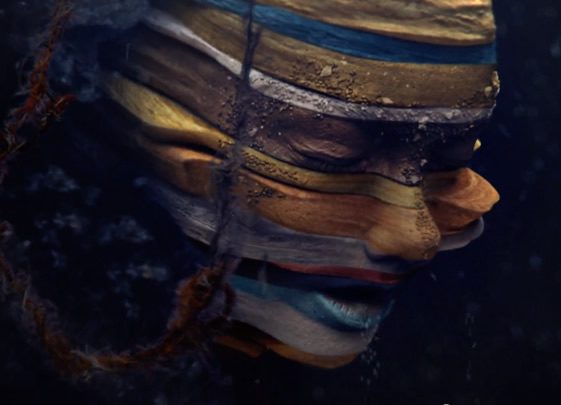 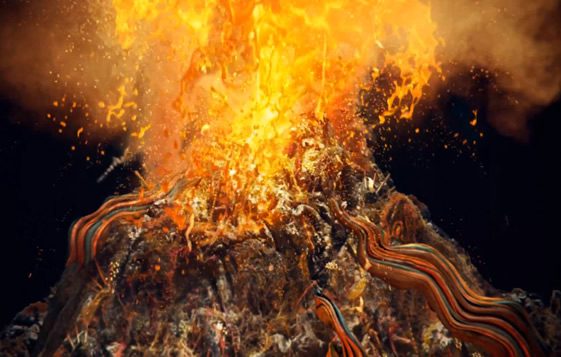 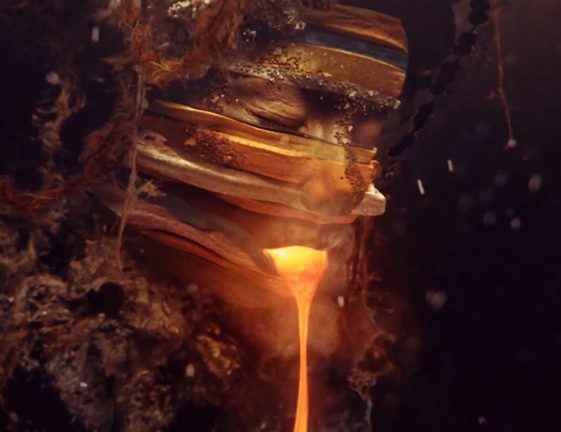