French photographer Frank Allais‘ exhibition is comprised of of two very different projects, with a common backdrop at its core – the street life of urban Britain. First up is Subverting the City, which takes the double-take and doubles it. Seemingly banal scenes of innercity life force a thorough re-examination once the viewer clocks that the blokes are all dressed in women’s clothes from the waist down. Cross-dressing probably shouldn’t raise an eyebrow in this day and age, but it will be another generation or so before the sight of sober-suited businessmen in high-heels doesn’t give pause. Allais was inspired after noticing the contrast between the relatively colourful outfits of professional women against the dull uniformity of their city gent counterparts.

The Weight of Words is Allais’ response to the ubiquity of branding. Originally setting out to examine the chaos and noise of traffic, the project went off on a tangent as he saw the wood while looking for the trees – the constant stream of messages and advertising bombarding his subconscious from the side of vehicles, from billboards, from shop windows was the real noise, a white noise which lends a homogeneity to the worldwide high street. Both collections are on display under the umbrella title In Passing at Hoxton Square’s KK Outlet from 8th – 28th February. 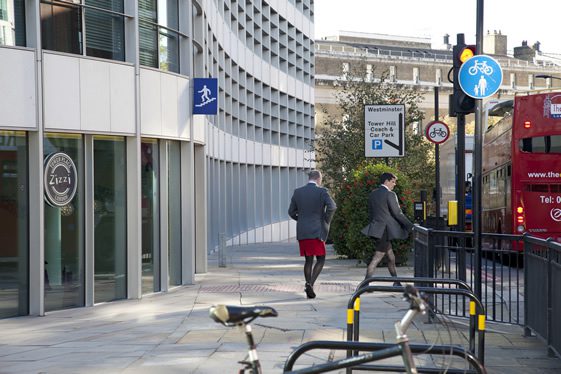 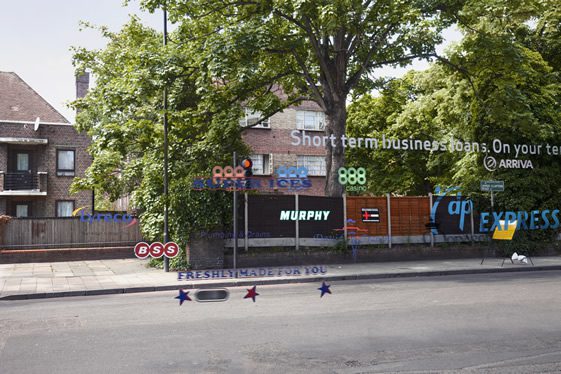 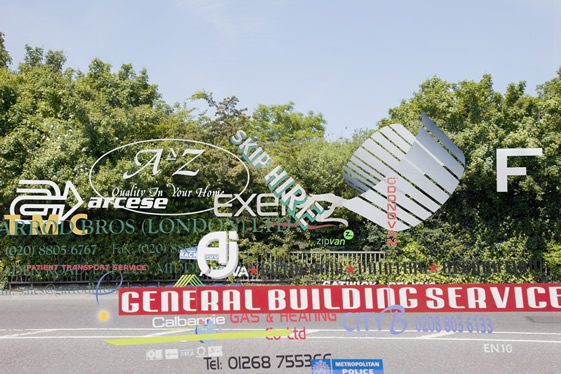 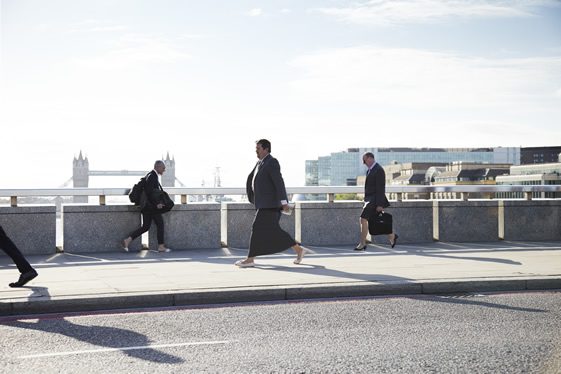 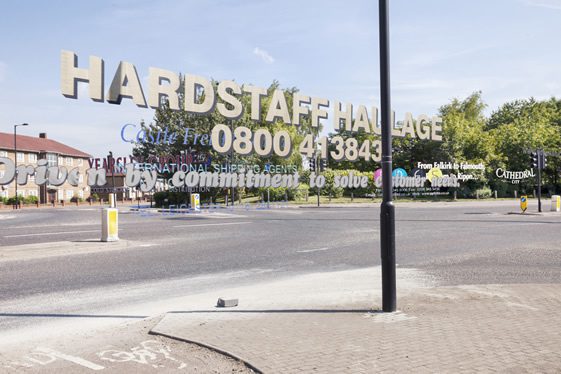 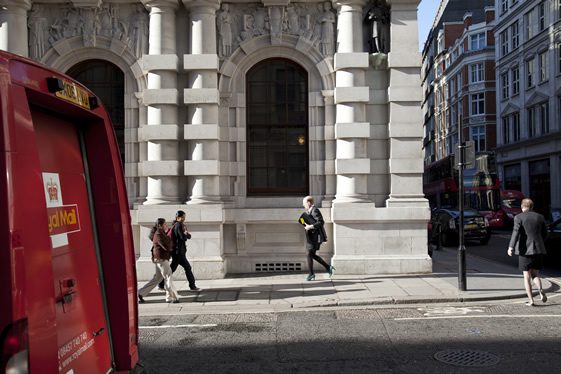 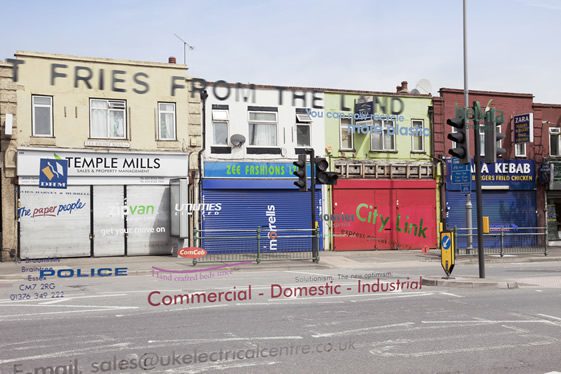